When it rains in June

During late May and early June rain can bring some of the most action pact mornings a fly fisherman could possibly ask for. We’re not talking about ordinary rain showers, but more on the lines of acres and acres of rain.

After these rains, minnows cloud out the crystal clear waters of the northwest Florida coast, and following very close behind them are thousands of bonito aka false albacore or as the old schoolers used to call them little tunny. 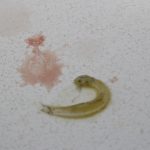 These high speed little bruisers are dialed in on the abundance of food stretched for miles right off the beach and they are willing to eat every rain minnow in their way. As all the meat hunters in the panhandle area head out on their 30+ footers to chase king mackerel and red snappers many of them pass up a very underrated fish.

Bonitos can show you your backing on an 8wt. in the first few seconds of a hookup; however, as I understand it they aren’t much for table fare. Despite the poor food quality they’re still awesome, what else can a fly fisherman ask for out of  a saltwater fish that feeds off the surface, has insane speed, puts you to the test with high speed stripping and takes the flyline off the deck in a matter of seconds? 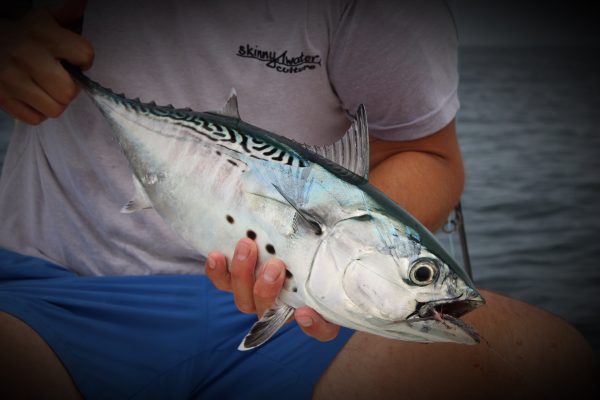 The colors on these fish are beautiful

I called up a good friend I’ve known since elementary school who has gotten into fly fishing in the past few years to see if he’s up for a morning on the water. We started off the morning easy, fired up the Keurig with café bustelo, whipped up a handful of small and flashy flies, checked the weather and tried to remember all of our gear… the usual.  We hooked the skiff up to the truck and were gone.

On the way to the launch we checked out the flags and we were in luck, a light north wind which means super calm waters ahead. We also had a nice thick overcast sky which is also promising for a good bite since you know you won’t be sweating!

Out in the pass we had to dodge a few wakes from the last charter boats headed out to bottom fish, we dropped off the lip and hit 60-80 feet of water. It wasn’t long after clearing the drop off that we spotted our first school.

The presence of these fish was betrayed by a patch of furious white water, they were intensely feeding.  My good friend Kyle was up first, I nosed the bow twelve o’ clock to a massive school in a feeding frenzy, as I coached him on which direction I think he should choose we are both in awe at how many were all around the boat.

We decided that after a few more tries he should switch flies; we ended up putting on a new slightly smaller fly. After Kyle made the switch he immediately got nailed, it was an epic sub surface eat, it was also his first saltwater fish on fly!

I came up next, I hopped up on the casting platform and looked at the massive school thrashing the tiny rain minnows like there was no tomorrow. I threw dead in the middle of them and stripped as fast as I possibly could and got slammed almost right by the boat.

All day we had swift eats, long painfully enduring fights back and forth on and off the platform, taking turns we both realized that this quick mission is turning out to be a success.  A few line burns later and a weak wrist and I’ve had all the action I need for a morning. 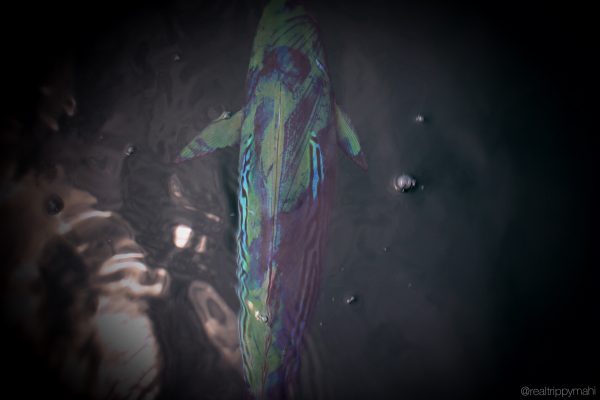 We both agreed to pointing the skiff back north and heading to our favorite lunch spot, a semi hidden gem and arguably the best Cuban and Club sandwich in Destin, the Local Market, it is the perfect spot to cool off.

I had my absolute favorite drink in the world, fresh squeezed watermelon juice, and nice sandwich with a side of sweet vinegar pickles. It will be sure to put you in a mid-day food coma!

Fish stories from the past were exchanged; I sat back and thought of how great it is for all of us in the whole state of Florida that to have these amazing resources right in our backyard! From chasing a fat laid up redfish in backwaters, to tarpon rolling down the beach, a bonefish grubbing without a care in the world on a flat and even something as simple as a pile of albies chasing rain minnows right outside the pass, we all truly have it made here in the great state.