When my fiance and I decided to go to Hawaii for our honeymoon lots of stuff immediately raced through my head; beautiful islands, great weather, taking my first trip with my new wife and way back in the deep dark part of my brain… monster bonefish. So as any good husband does I began to research for our trip. I had never fished for bonefish before. I knew Angie would be just as excited as I was to try this new style of flats fishing and before I knew it we were on Oahu. After getting settled in we explored the island for a day and the following morning we hit the flats. Being completely new to the walk/wade fishing we hired a guide to show us the ropes. I think it is critical to learn as much as possible about a new style of fishing as well as a new ecosystem from someone who is there every day. Our guide Collin quickly began showing me how these fish act and react to a fly and their surroundings. Angie and I had a great time trying to feed these massive bonefish. When the tide was low and they were tailing it was just as nerve racking as throwing to a laid up 100 lb. tarpon. The morning started off rainy but quickly cleared up and provided lots of opportunities to come tight with some really big fish. Angie spent her morning throwing artificial’s at baby trevally (Papio’s) while I continued to get rejected- shot after shot. With two eats and both fish popping off we ended our first outing without any bonefish; but I did get a ridiculous amount of knowledge about the species and the fishery. In my opinion it was an amazing first day fishing. Here are some of the pictures I took while we were out on the flats. 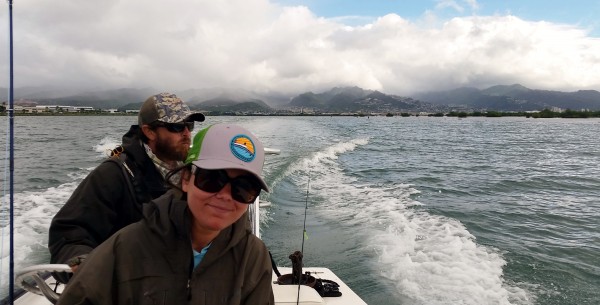 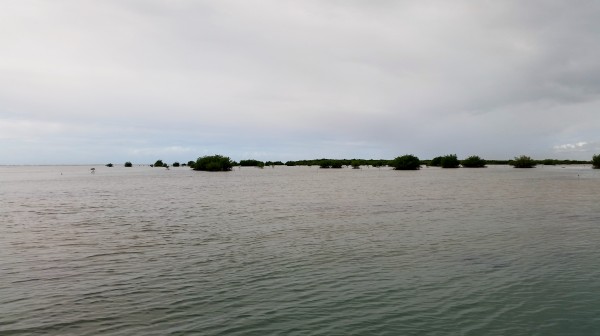 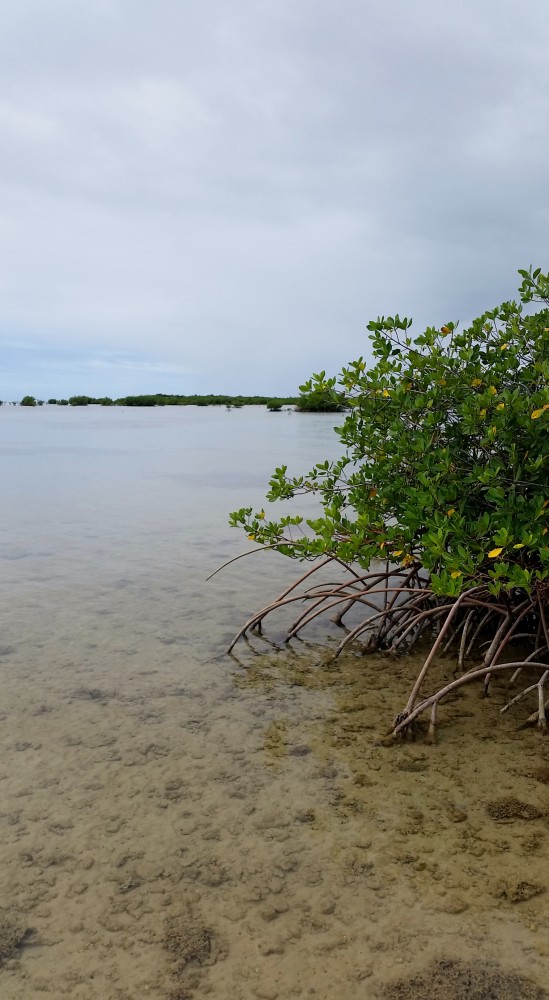 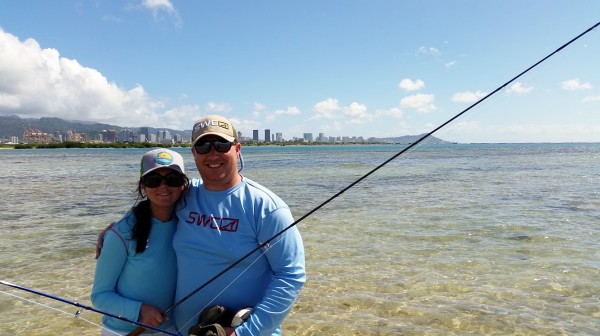 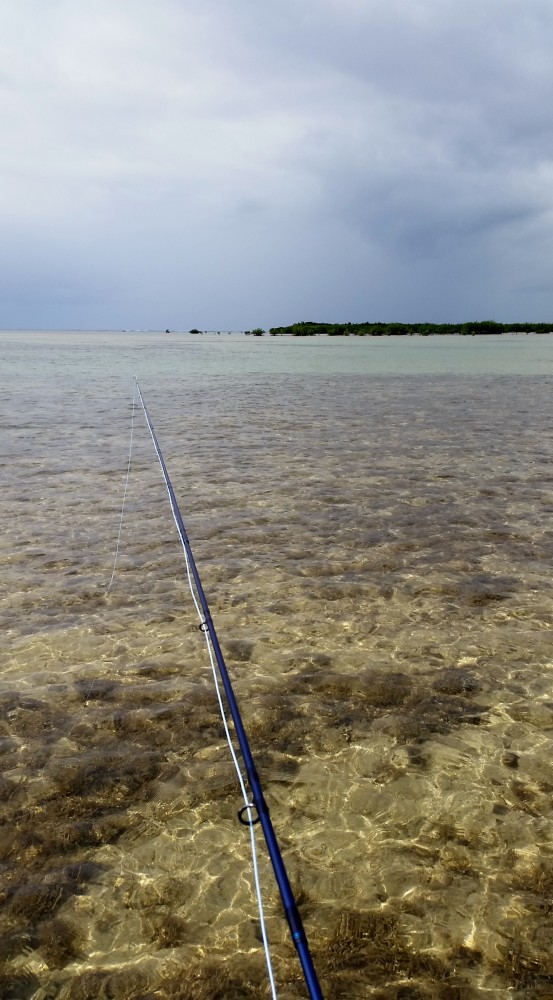 After fishing with Collin we went through a few spots that we could access ourselves and fish some more. The tides continued to improve so we planned on heading to these flats in search of another opportunity to catch my first bonefish. At the resort I spent a lot of time around the surf, and in the marina looking for places to try and catch reef fish. I ended up stumbling upon some huge resident bonefish in the harbor. For the most part they were extremely skittish and hard to even approach but as the tides came in they worked their way further and further into the rocks and traded their nervousness for a solid appetite. I became obsessed with these fish. If we were not snorkeling, having lunch/dinner, or enjoying the rest of the island I was trying to get in front of these fish. I threw the kitchen sink at them and finally found a few flies they took interest in. By the end of our stay I had hooked two more large bonefish (breaking my 8 wt. on the second) and one even larger fish (breaking the tip off my 9 wt.) but still no bonefish in hand. Although I never landed one I had a ton of fun trying to convince these huge fish that what I was offering was a legitimate meal. As the tides went down each day and the fish went back into cruise mode, I spent some time trying to get some quality photos of these fish and I am glad I did because the pictures turned out better then expected. Here is what I was able to get without spooking the whole group. 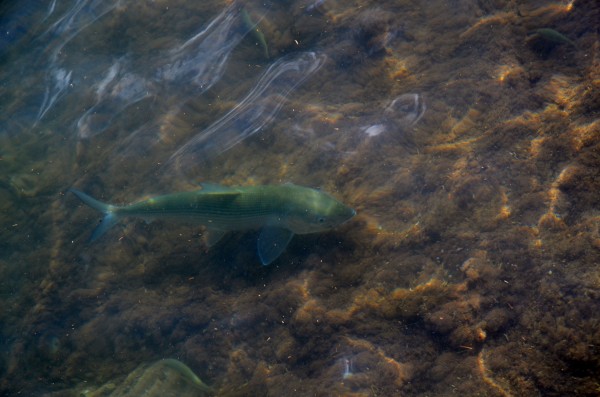 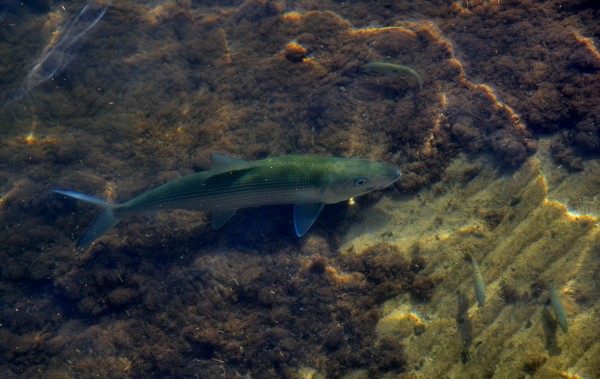 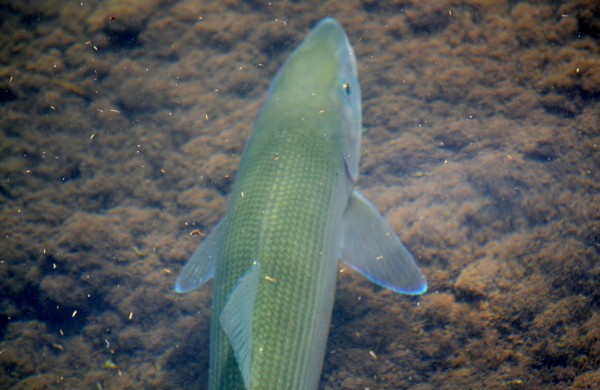 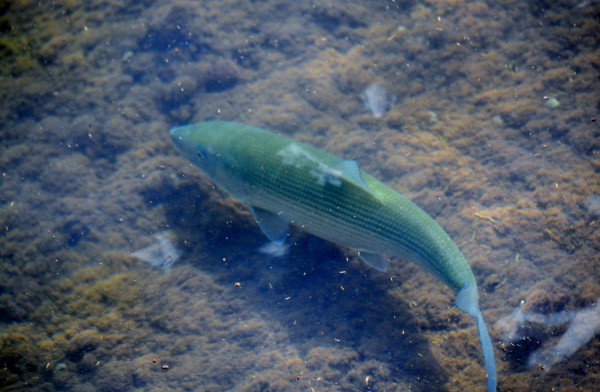 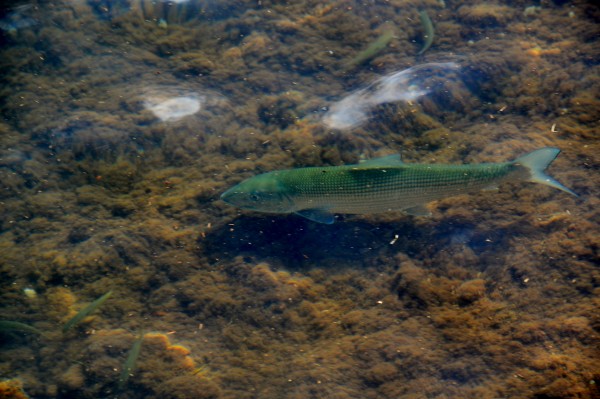 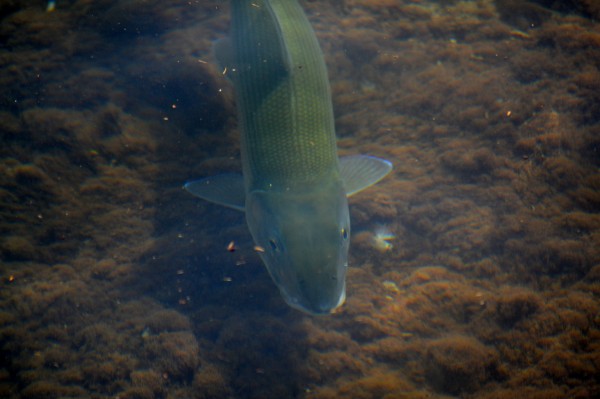 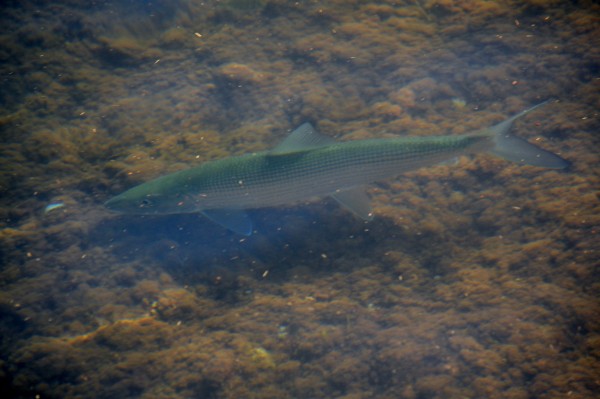 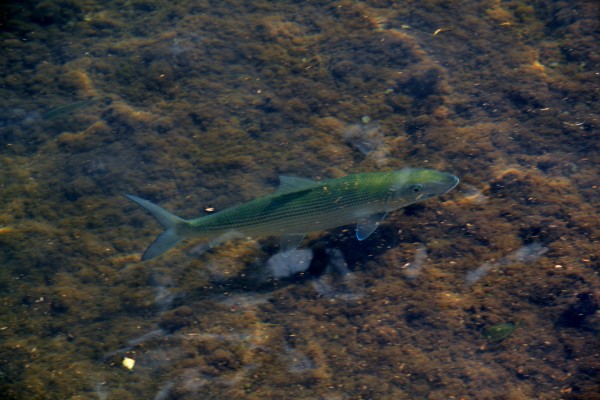 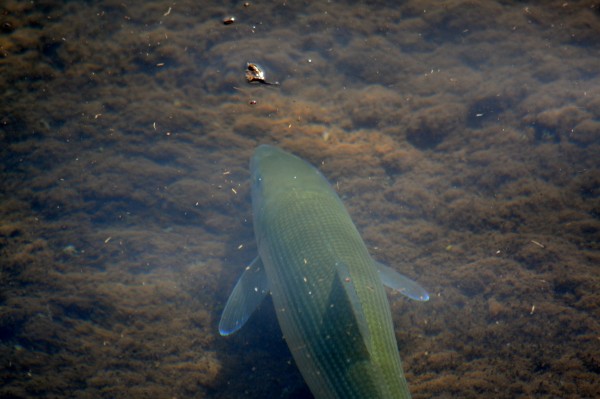 As for the Hawaiian Bonefish… They rock. I have a ton of respect for how strong, smart, and stubborn they are. What a cool species of fish to throw a fly at. I just hope that when I cross paths with their relatives in Florida that they provide me the same amount of anxiety, and fun.