The past few weekends I have been trying to figure out the whole pike/musky situation on SE Wisconsin’s Lake Delevan. These fish are defiantly plentiful but also very picky. The added weekend boat traffic and the fact that we are hurling huge flies at these fish doesn’t make the situation any easier. But, every weekend we are out there we are seeing more patterns develop. Standing on top of a Yeti, that’s on top of center council, while boats go racing by pulling skiers and tubes sure does get some funny reactions from people. But we are not there to fit the normal fishing profile… 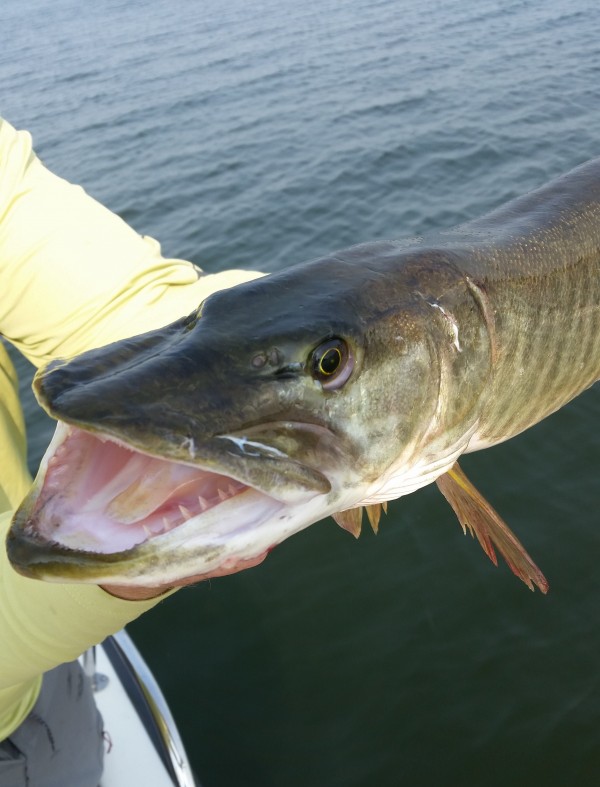 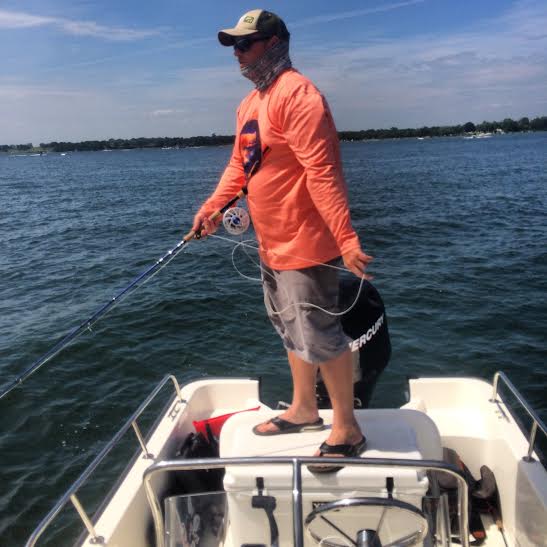 Our first trip out on the lake we found lots of smaller pike and one musky. I am not one to be picky about fish, as long as we are on them I am happy man. So leaving that weekend I thought we had it all figured out, BLUE AND CHROME! Those were the colors and that’s what was producing. 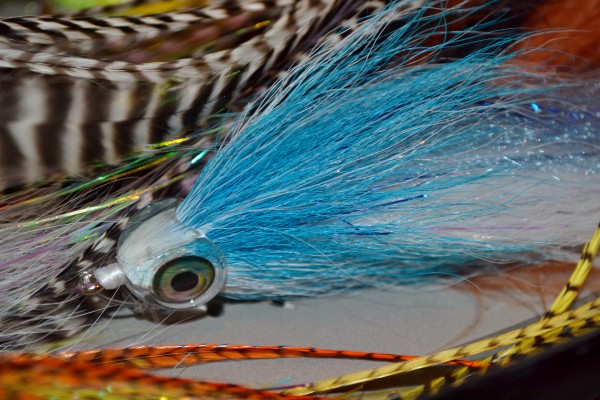 The second weekend I head up with another good buddy, we both tie on blue/chrome variations and nothing! No follows, no short strikes… nothing. As we starting going through fly colors we quickly see that the color is Orange that day. If it was not the exact right tint of orange they were not interested. Luckily Mike had a fly they could not stop harassing and we put some fish in the boat. 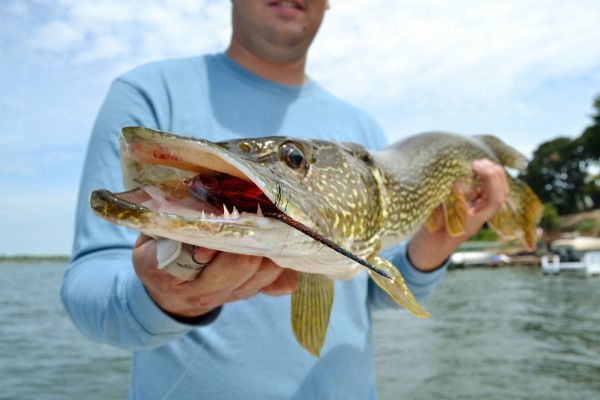 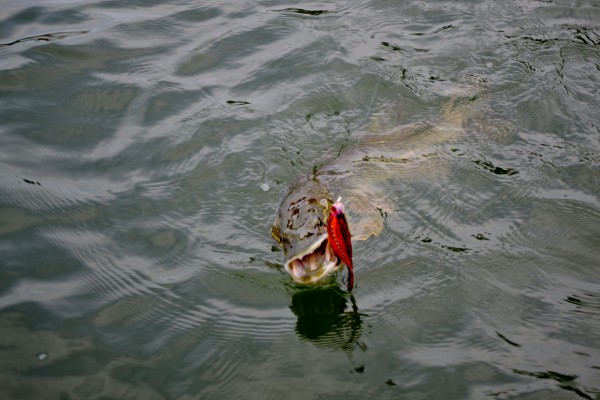 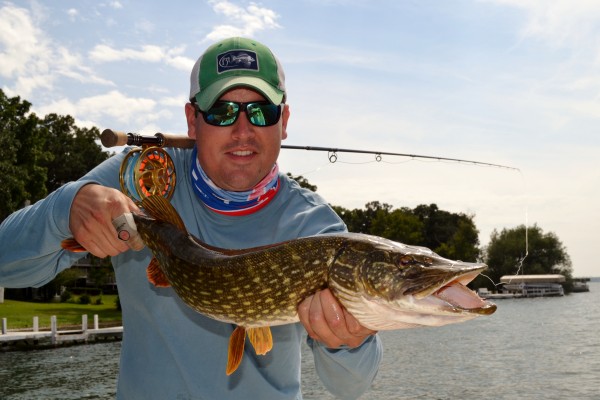 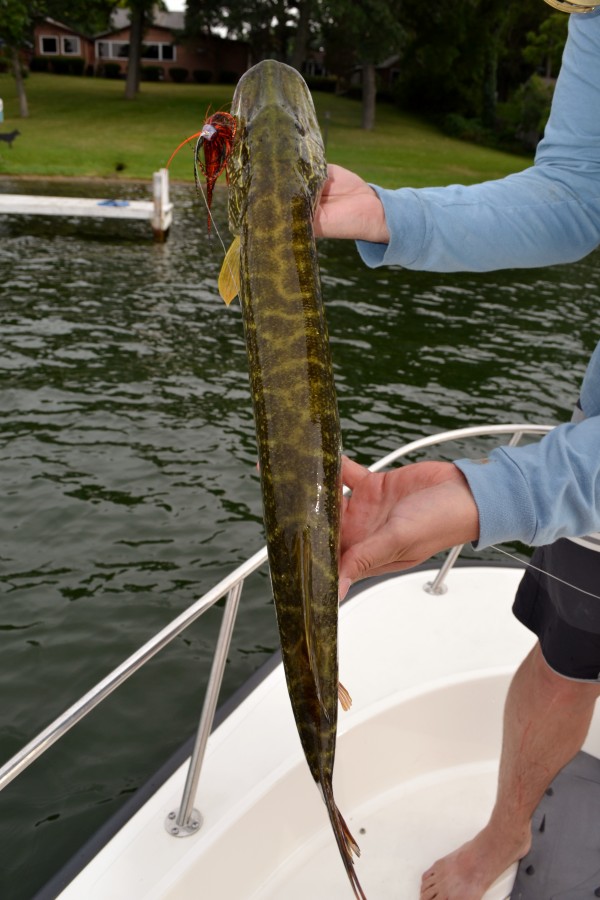 plus a bonus Largemouth to end the day… 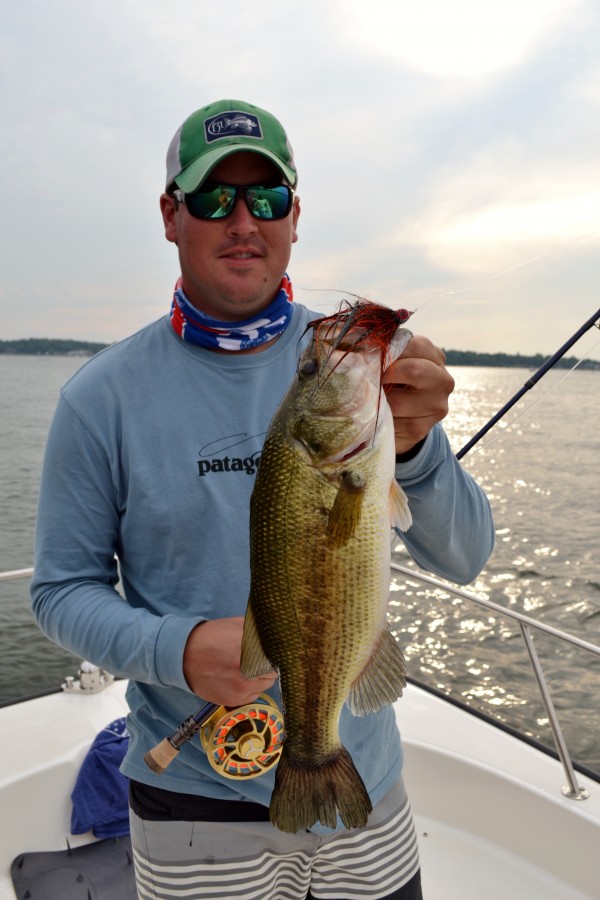 As Sunday came to an end the water calmed down and the weekend warriors headed home. I decided that I was going to stick around and fish Monday with another good friend Jeremy. Going into Monday we had some serious weather come through overnight so we both knew the tempo would be a little different. Monday morning started out slow but as the temperature started to rise so did the fishes appetites. Of course blue/chrome and orange produced nothing so once again we were at a lose for fly choice. Jeremy decided to put on “that fly in your box that looks great, but never produces” and of course that one starts moving fish… here are some pics from Monday. 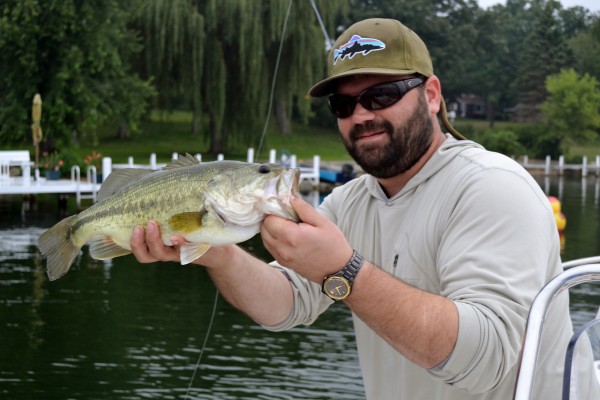 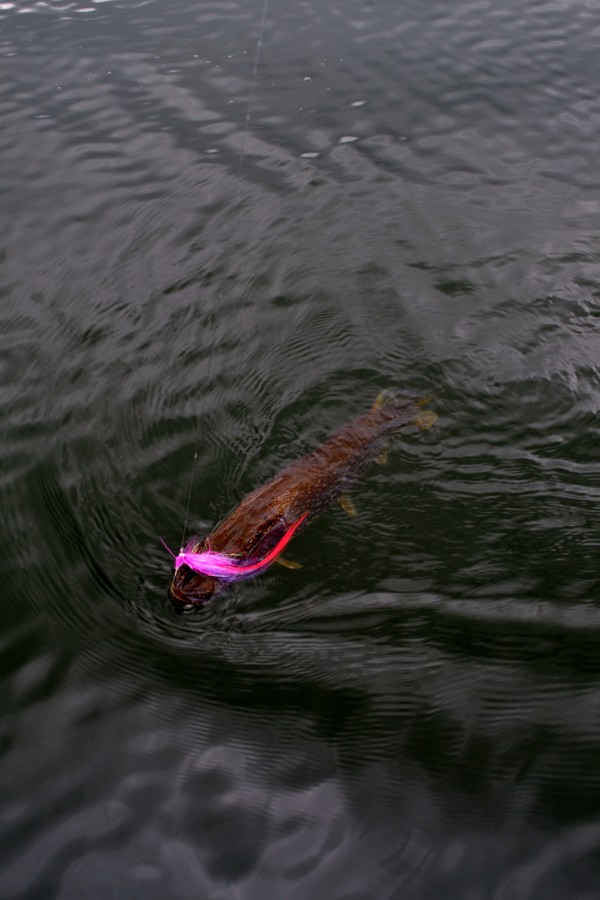 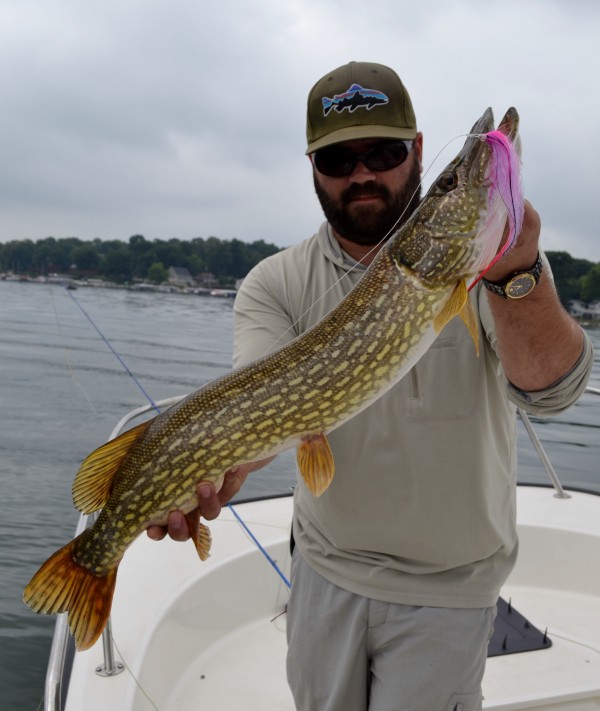 Smallmouth on fly… same feeling as the largemouth- but it was a nice slam for Jeremy! 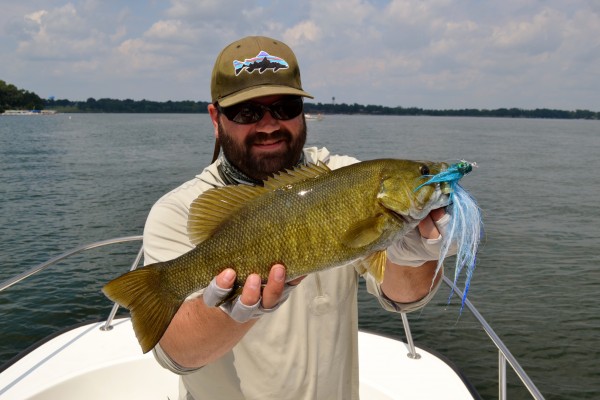 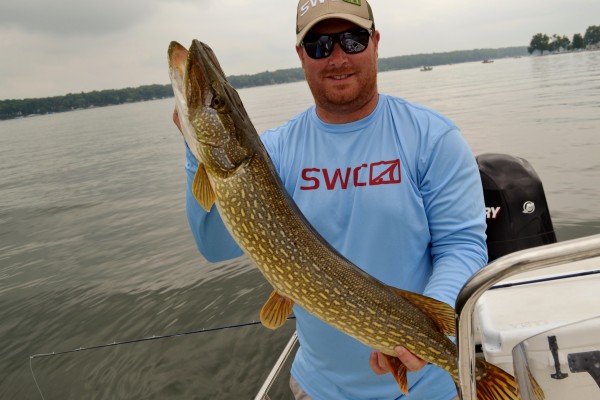 It has been a great few weekends on the water messing around with these fish. They are a ton of fun to catch, fight like crazy, and when they eat at the boat… there is nothing better. Hopefully, as the summer progresses into fall the fishing will stay strong.