To do the impossible you must see the invisible. ~Einstein~

The sun rises out of the eastern horizon erasing the darkness. Silky calm waters make it difficult for moving fish to conceal there lair. A tweak of the push pole, a slight heave and the fish are in range. The flags are flying, there is no stir of wind. The only thing audible is the sound of mullet jumping , the swoosh of a dropping tail and the tide pouring over a nearby oyster mound. The sky is lit up in a thousand different colors giving the early morning low light an unusual glow in the pre-dawn minutes. The water steams,as if it is angry, the air is crisp and the smell of the low tide is intoxicating. All the mechanisms are cleared
>and the world becomes hushed, less the beating of the heart thumping on the ear drums  and the the rising sounds of fly line zinging through wet guides. The long rod is an extension of not the arm, but of an entire being. The cast unfurls into the thickening fog………. 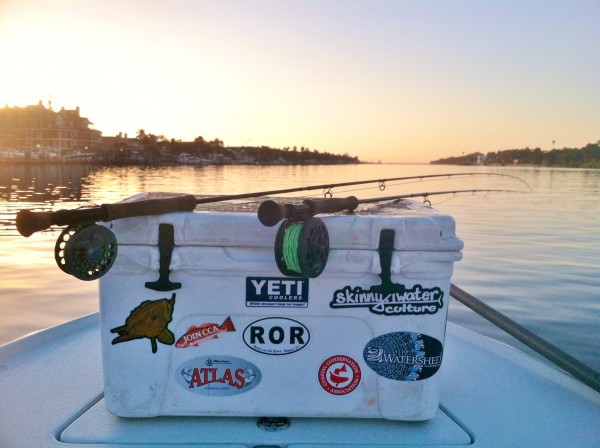