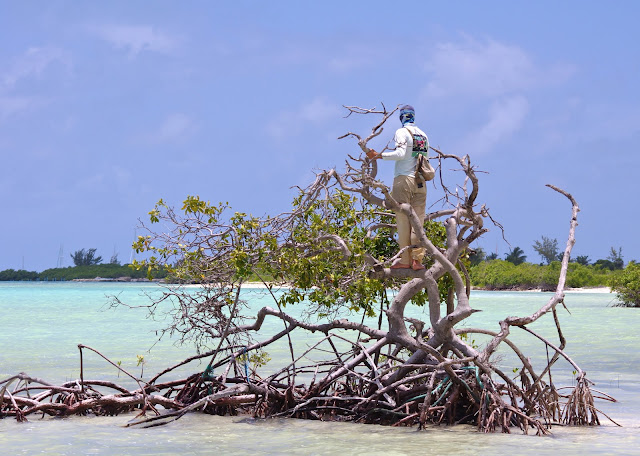 The beast rejuvenated us and reminded us of why we were there: to fish our asses off. That night, we found a place to buy ice, we parked ourselves on the beach, and drank the cheapest beer we could find. It was a celebration of sorts that prepared us well for our best day of fishing thus far. 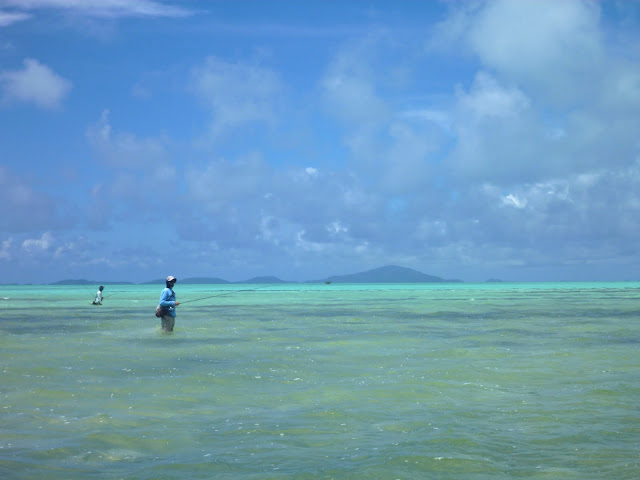 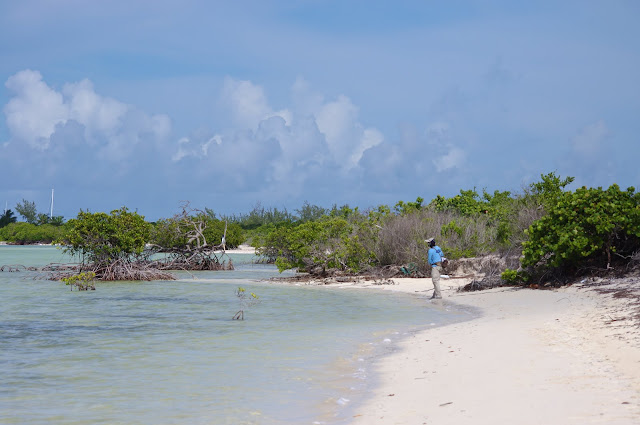 We hit up all the spots we could access without a skiff and catch a bone. Probably 1/50th of the entire circumference of the island. Once again, the wind and clouds were in full effect which severely hampered the first half of the day. It was slow. 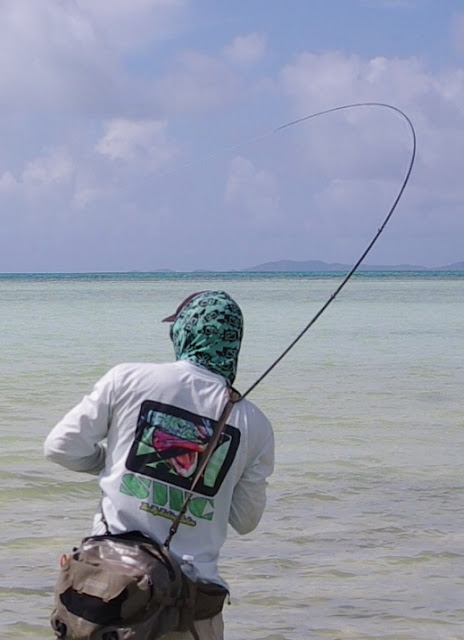 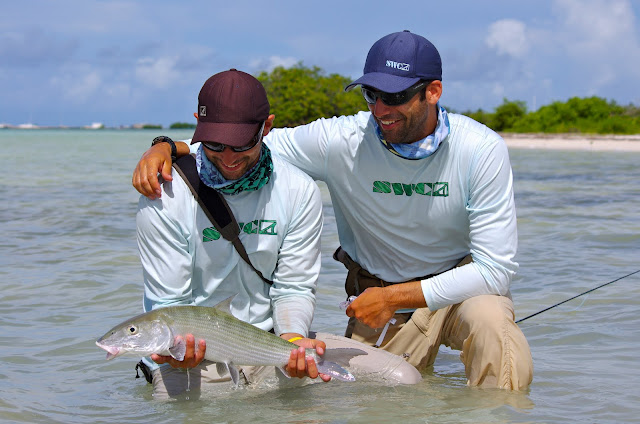 Early in the morning on the first beach, I was lucky enough to spot a bonefish that evaded Adam and Matt working their way east. I made the cast, worked the fly, and the bonefish attacked. They are so opportunistic, that I don’t think the pattern matters much. It is all about the presentation. 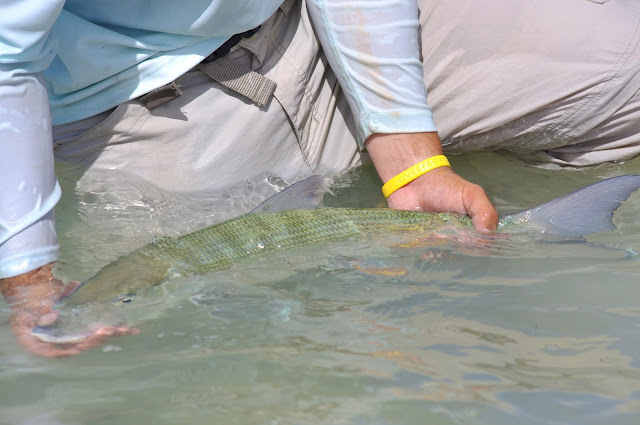 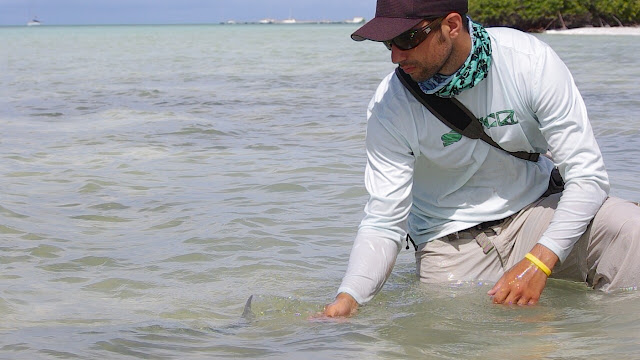 We shifted gears, and made our way to the less accessible flat and power walked it. At this point, we wanted a permit badly, but whenever we were thinking permit, they never showed up. Only when we least expected it, did they appear out of thin air. 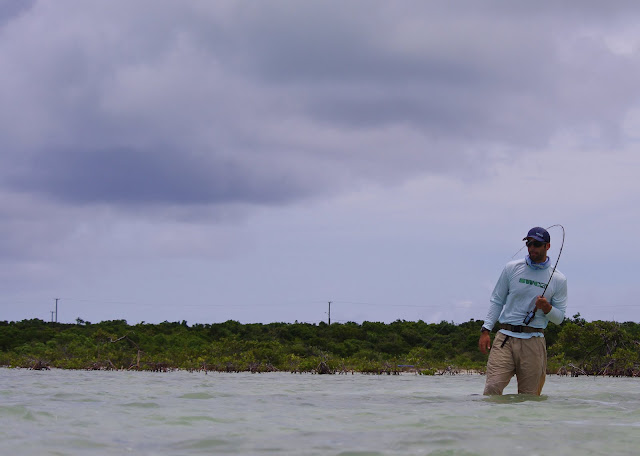 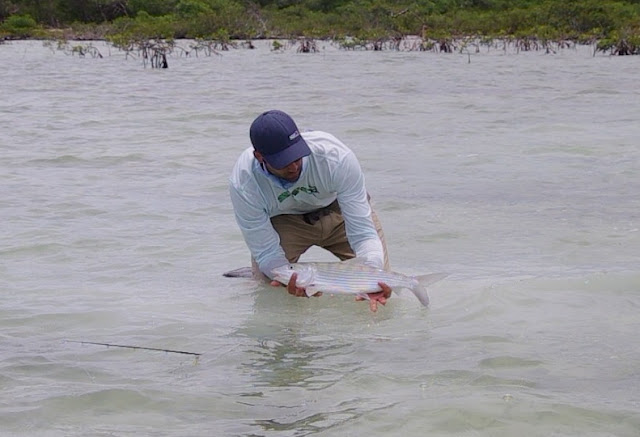 Matt had a redemption of sorts against a small school of bonefish. A few days earlier a school of 4-6 slowly moving fish, snuck by him in super shallow water using mangroves as cover. Near the same spot and gifted with a second chance, he scored his first bonefish of the day. 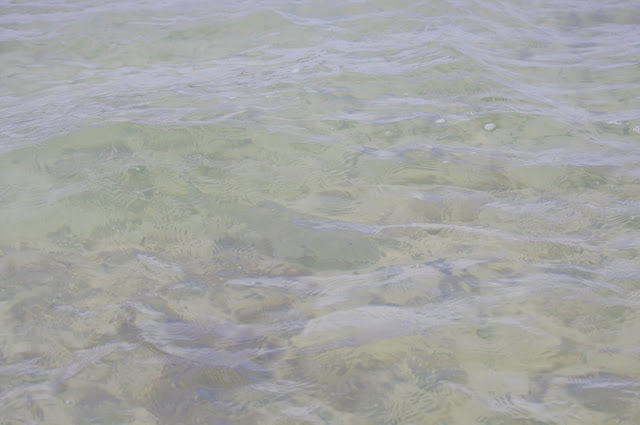 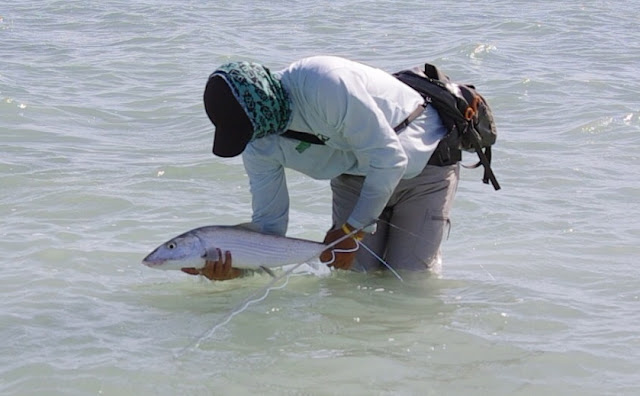 The second half of the day started very slow, but ended fast and furious. We switched up our game plan and decided to walk into the wind, rather than wait on the beach for tailing fish. It was close quarters combat, where we couldn’t see the fish until the last minute and they often took while we stripped leader. 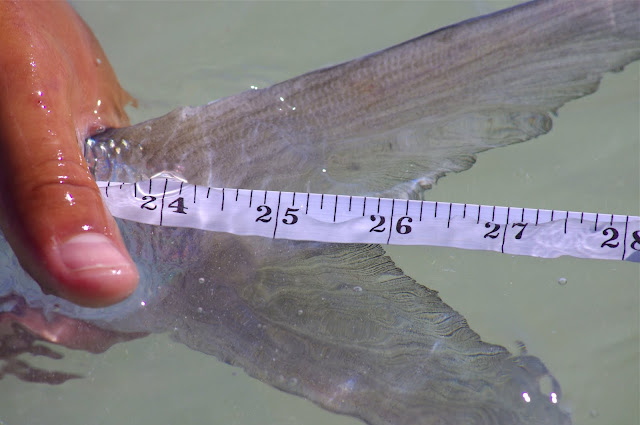 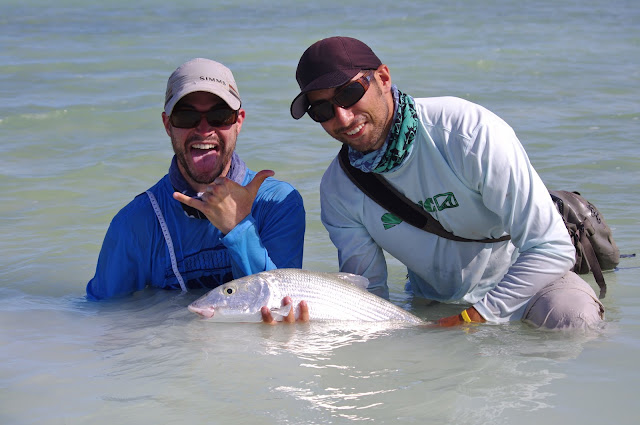 As we made our way up a mangrove coastline, we stumbled upon a sweet spot. Lots of fish were moving into the area in singles and pairs. The highlight of the day came when we had our first double hookup. As Adam landed a solid bonefish, Matt got his second of the day. 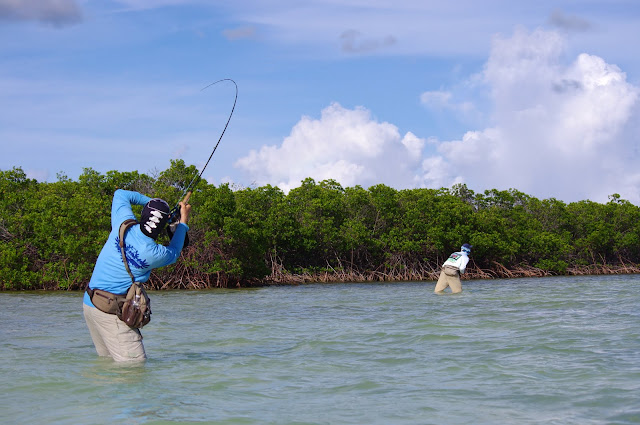 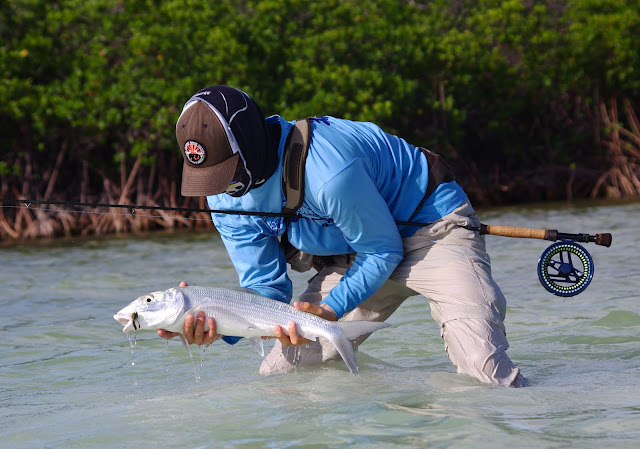 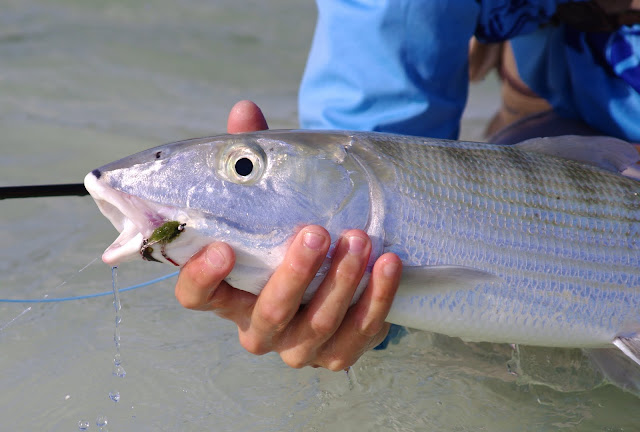 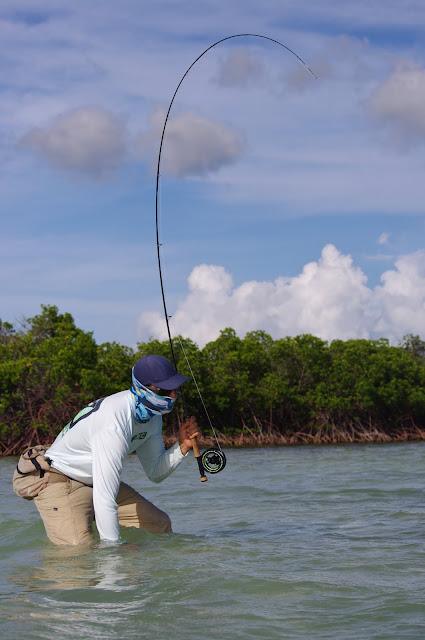 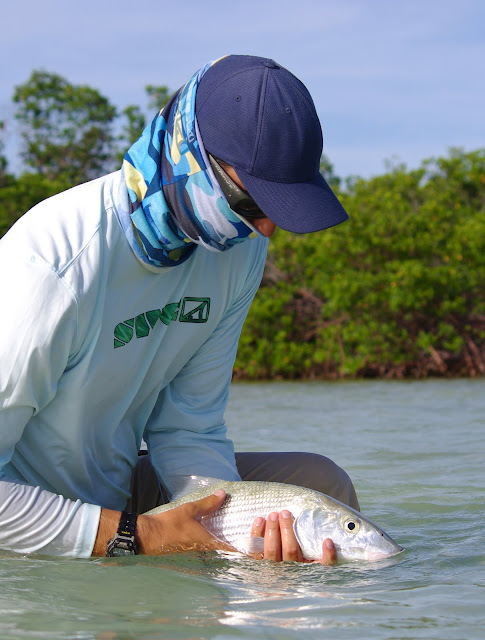 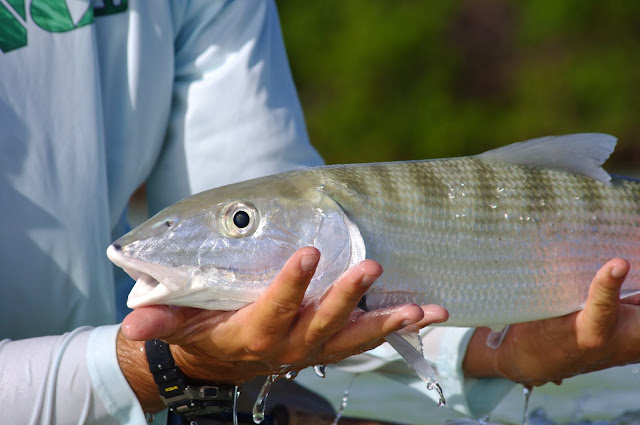 Moments later, Adam landed another great fish. Days earlier, he prepared himself for dealing with the wind by placing a 10wt. line on his 7wt. This was the day it paid off, as he routinely bombed casts to unsuspecting fish in stiff winds. 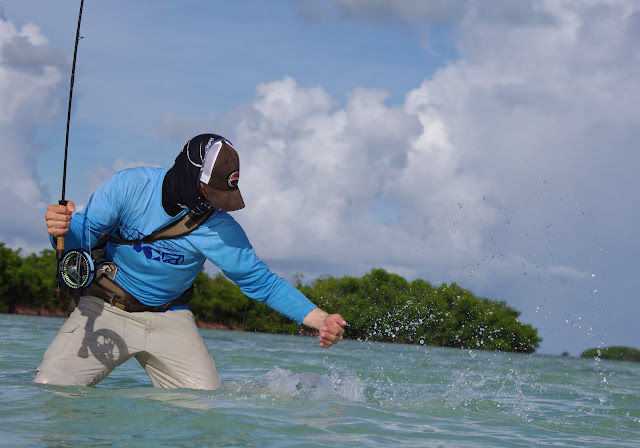 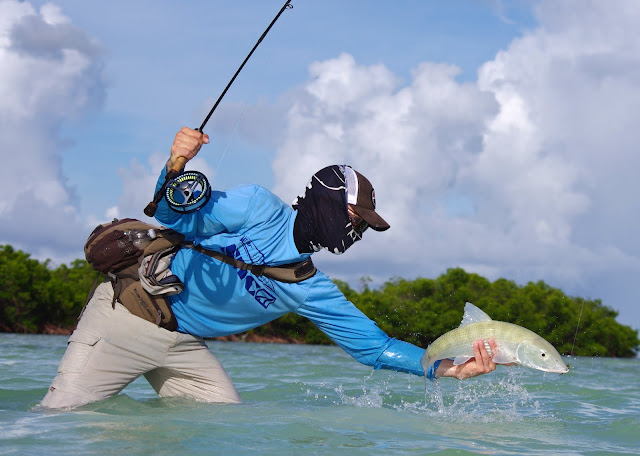 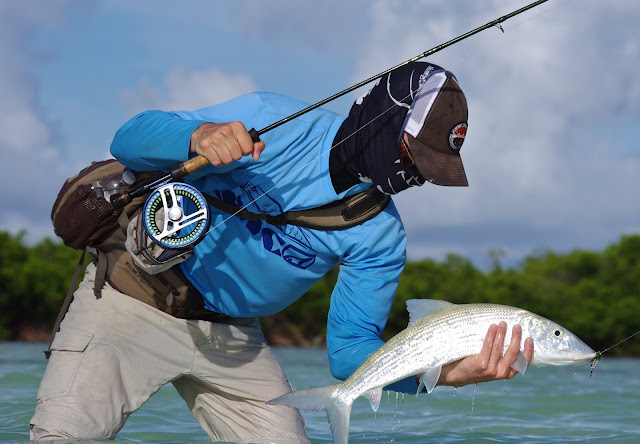 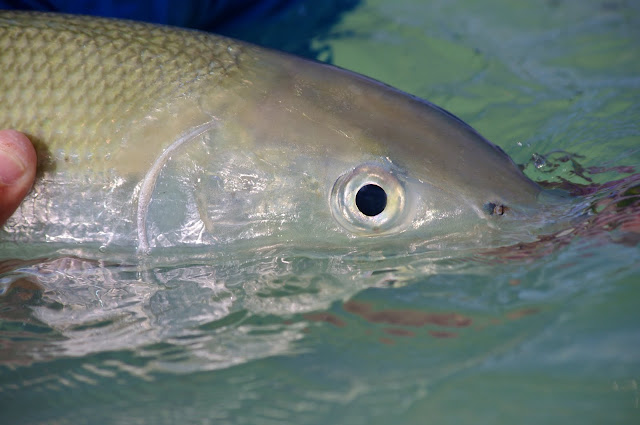 I ended up finding the source of all the bonefish coming our way. I began blind casting out onto the deeper portions of the flat and immediately hooked up with a bonefish that popped off during the land. On the next cast, I hooked up with the smallest bonefish we caught the whole week. We happened to find a sweet spot for an hour before it completely died down, and the fish moved on. 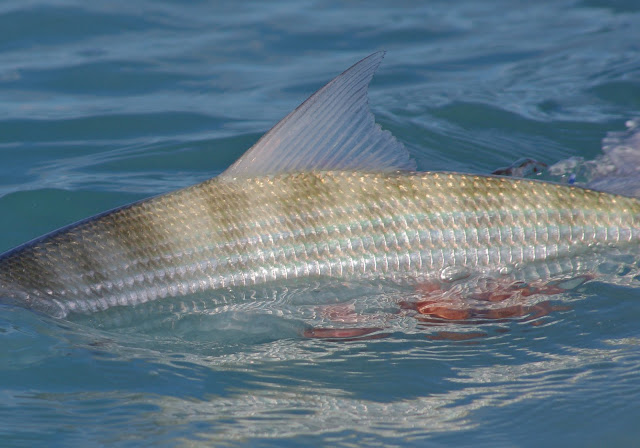 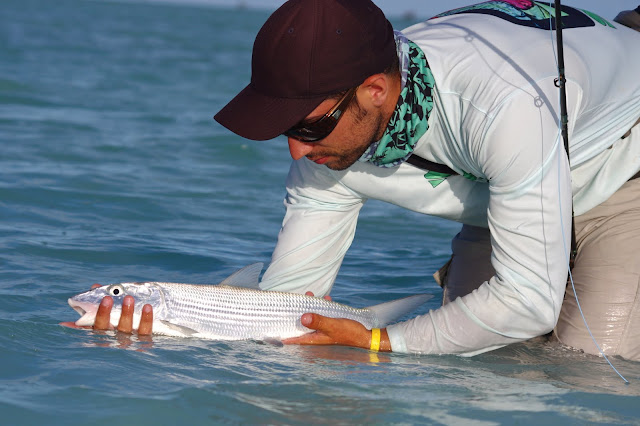 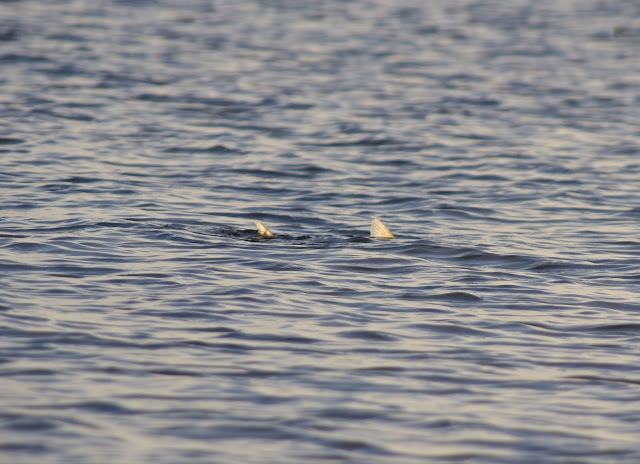 Also on this day, Adam spotted bonezilla cruising towards the horizon. The picture below is him summing up his experience chasing it. If his estimate proves accurate, the fish would have been in the neighborhood of world record size. I wouldn’t have believed him if I hadn’t seen another fish of epic proportions only to have a horse eye jack rob me of the bonefish of a lifetime. 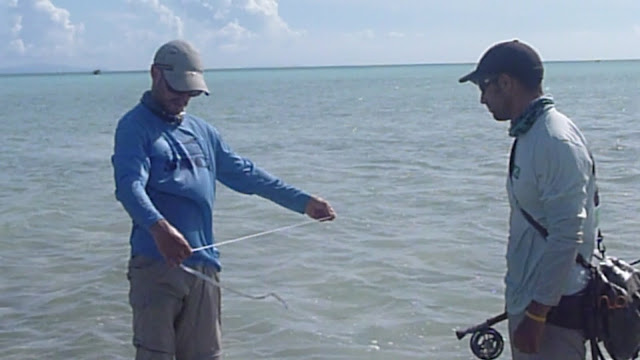 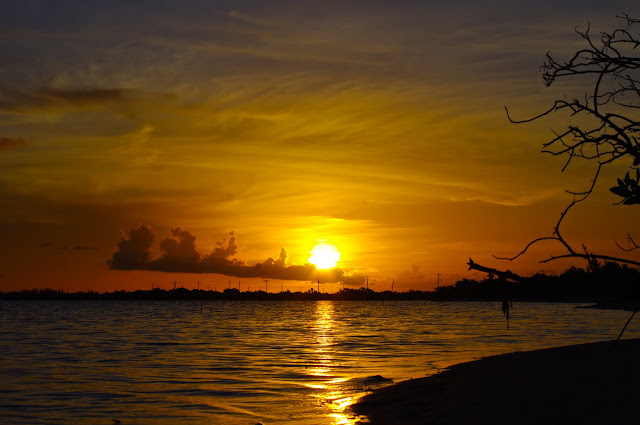 As we made our way back to the rental, the sky was awash with hues of blue, yellow, orange, and red. It was a fitting capstone to the best fishing all week. The next two days proved to be less fortunate, but still a great time.