The Pursuit of Happiness 2 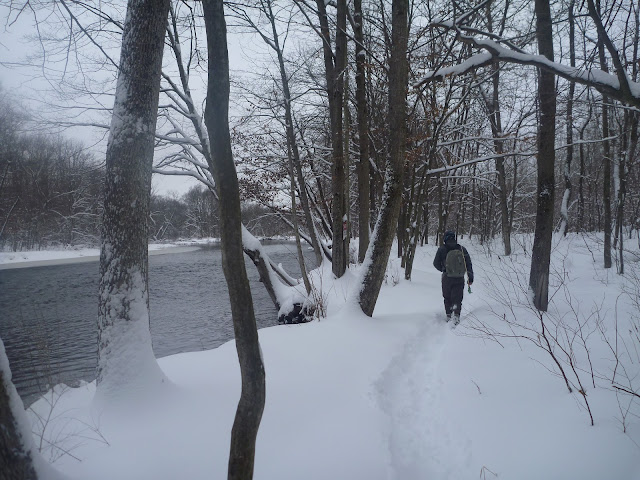 We slept the sleep of fisherman who had spent the previous day staving off hypothermia. The waders dripped in the shower, the heat on full blast, our faces and hands red, stomachs full.  We awoke to a fresh 20″ of snow covering the world.

The forest on the riverbank was a silent as an abandoned house and the snow covered everything like a thousands years’ worth of blinding white dust.  We broke trail and stumbled over the muted shapes of logs for a mile, finally arriving at an undercut bank formed by a bend in a tailout.  There was room for two to fish at a time.

The snow depressed and conformed to our bodies as we sank into it, finding the most comfortable of seats from which to rig or take in the silence.  Two did each.

We took turns fishing each run.  Experience and patience won the day, but luck showed up as well.  Each person fishing concentrated for 45 minutes or so before yielding the water to someone else. 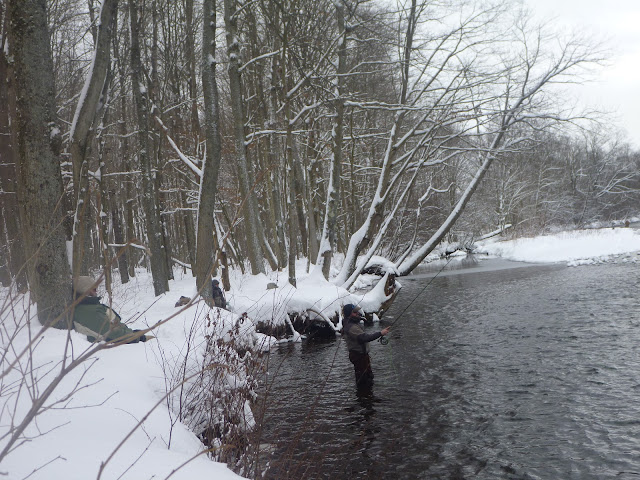 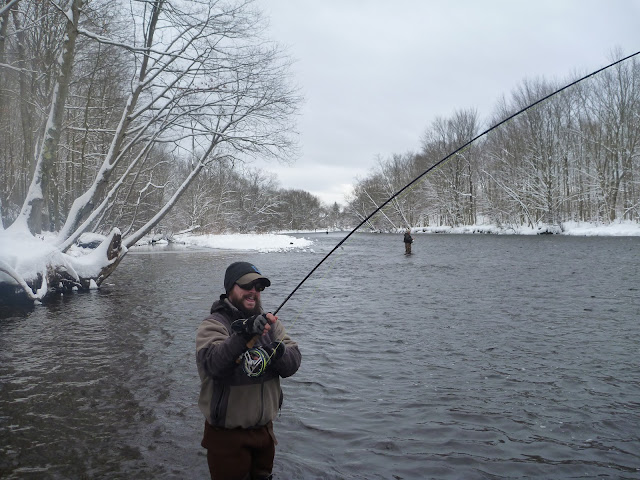 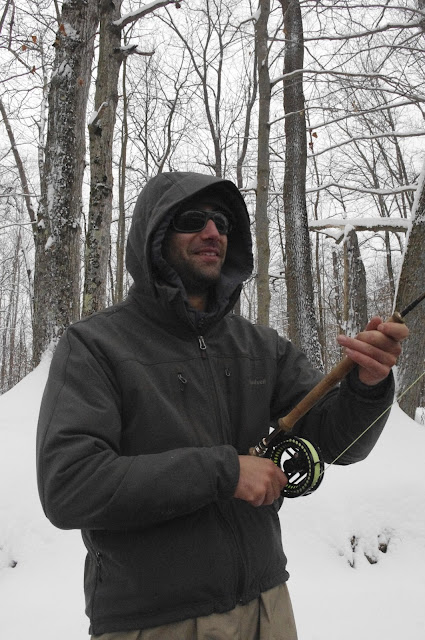 We caught a few fish, at least one for each of us. Included was a larger fish that surely pissed off a previous angler by breaking off a beautiful blue intruder that still hung from its jaw. 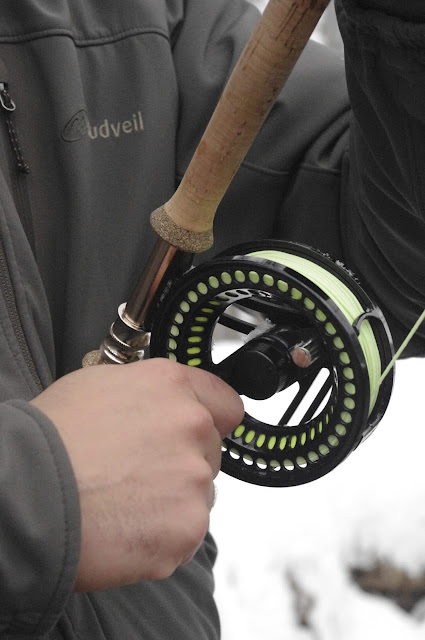 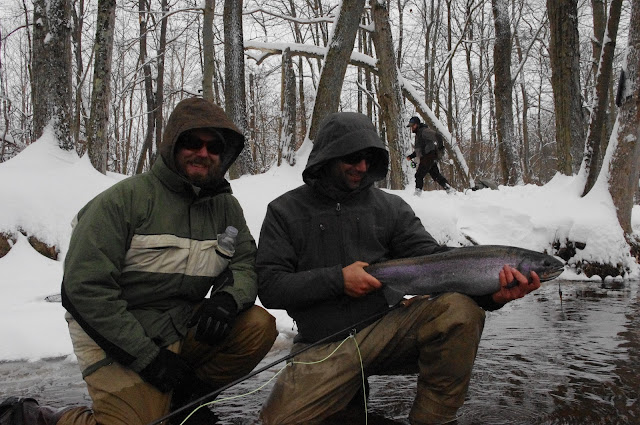 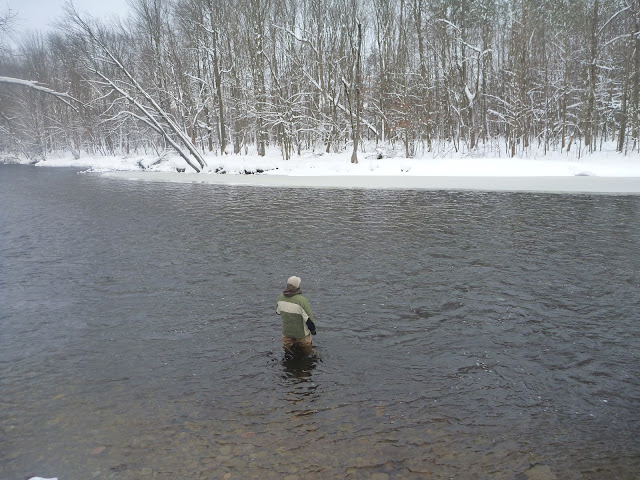 Parry continued to learn on each and every cast as his improving mends brought to hand a smaller brown. 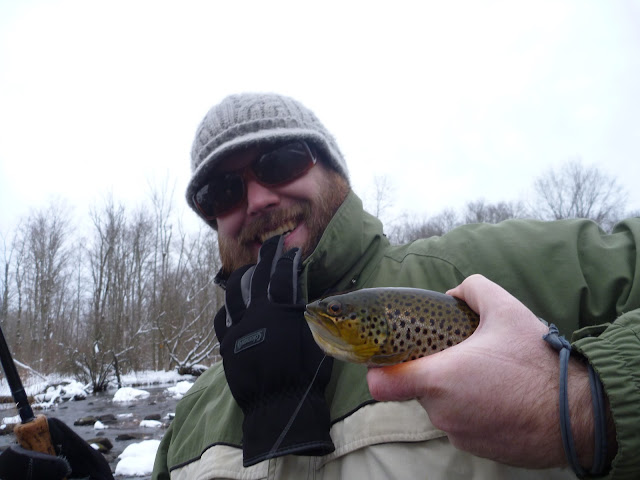 We retraced our prints back towards the truck but passed it and continued upriver to the honey hole from the previous day. We pulled one out of there as the sun sank.

Surely satisfied, we returned to the lodge, plugged a few DVDs into the TV and gorged ourselves on pizza and wings. There was one more full day to go. 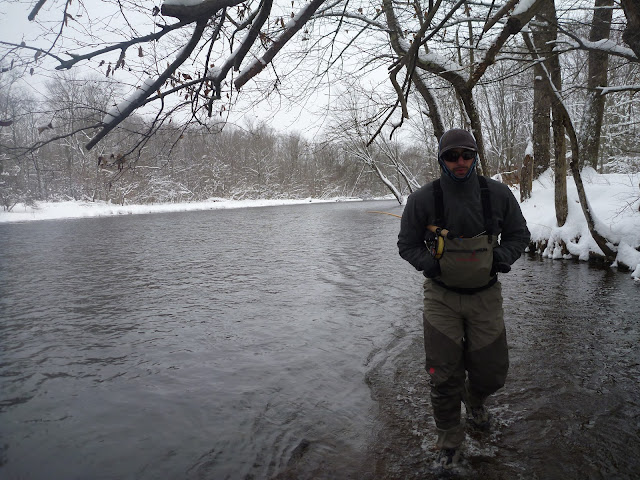 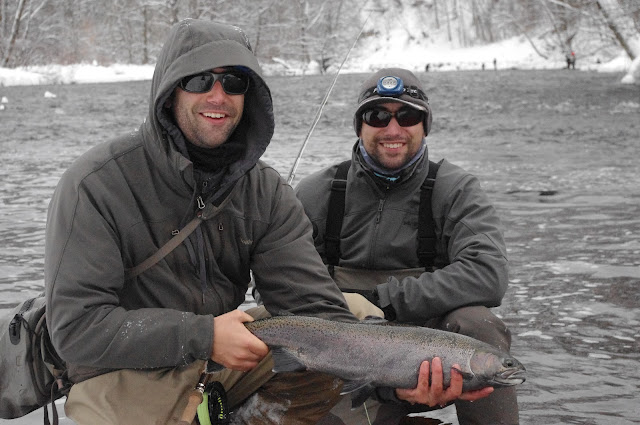