Rubondo is the Jurassic Park of Tanzania. A relatively unspoiled island teeming with birds, mammals and reptiles. In the complete absence of predators they have been allowed to proliferate, kept in check by the harshness of the dense forest.

Rubondo has a healthy population of a few species of African mammals. Many of them were transplanted to the island between the 1950s and 1980s. There are now nearly 40 elephants, and we were lucky enough to stumble upon one huge male, drinking from the lakeshore, during our walk back to the lodging one evening. That night, we used headlamps to watch him tear the forest down just outside of our bedroom windows. We could sense his footsteps through the floor, and feel him breathing in our lungs like an ultrasonic bass beat. 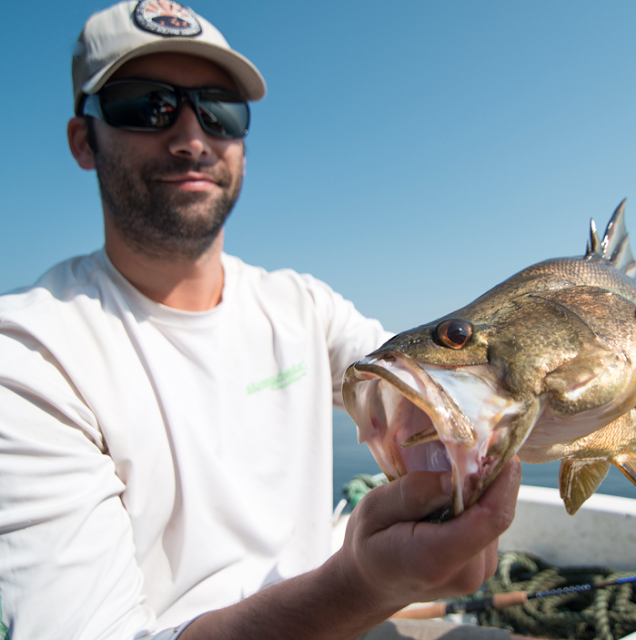 There are also roughly 40 chimps inhabiting the island. These animals were brought here after being freed from captivity elsewhere. They are extremely reclusive, and one researching staying on the island has been tracking them continuously for months in the hopes of habituating them to the presence of humans. 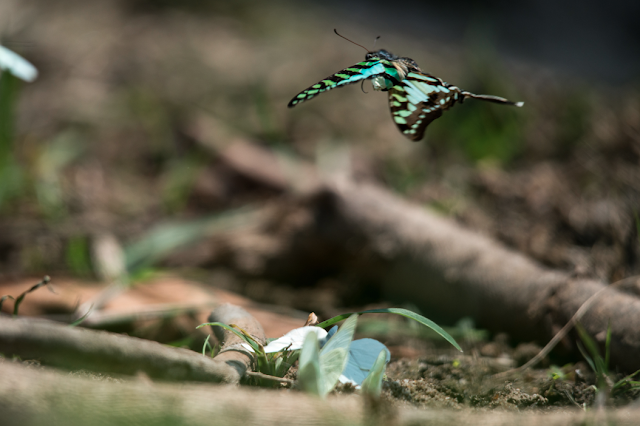 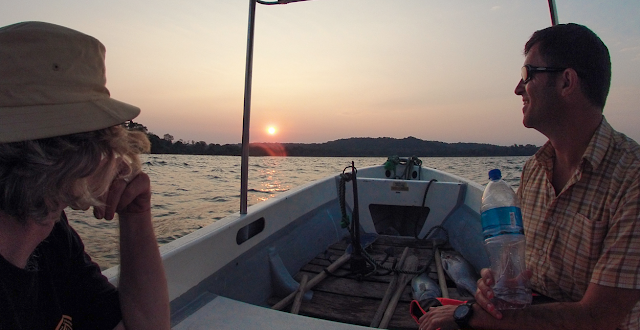 The setting Sun after a good day on the water. 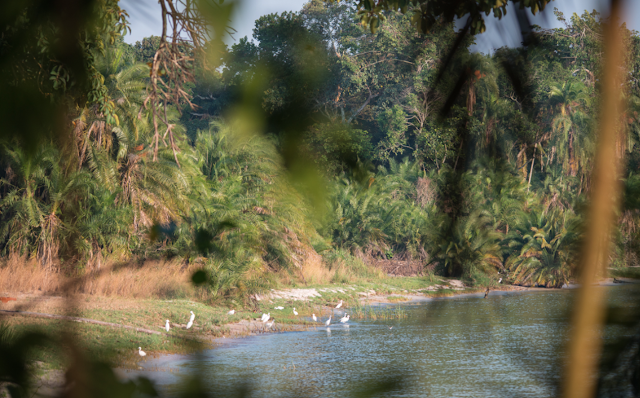 Snowy Egrets through some foliage 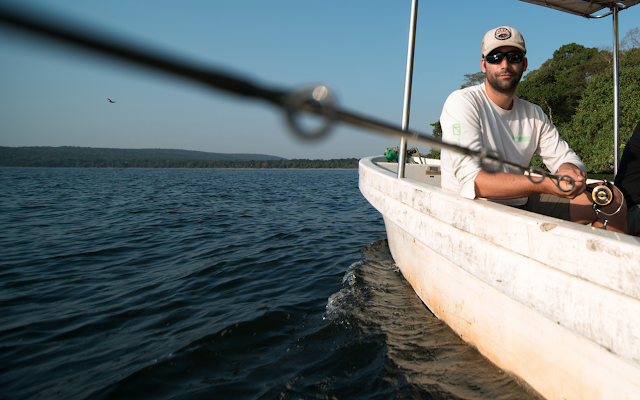 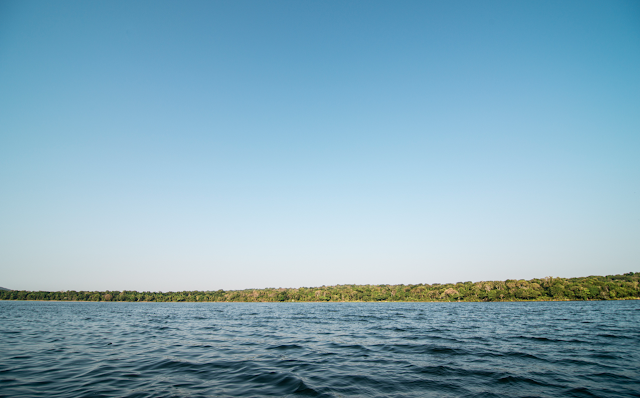 Prehistoric forest down to the water’s edge.

The island’s forest is largely intact, and looking at it from the water it is not difficult to imagine having been sent back in time a thousand years. That illusion fades when you glimpse the first set line or croc entangled in netting. 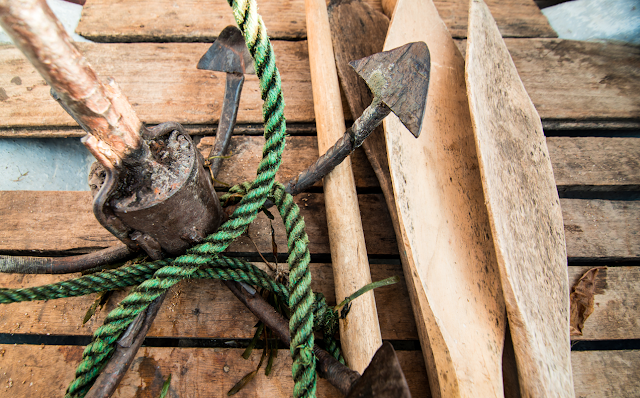 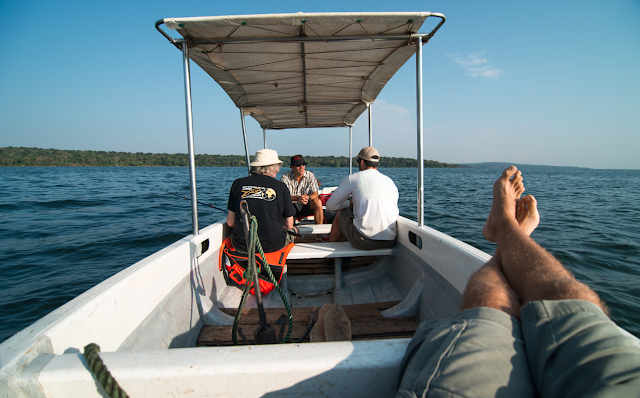 Expounding on the virtues of various knots 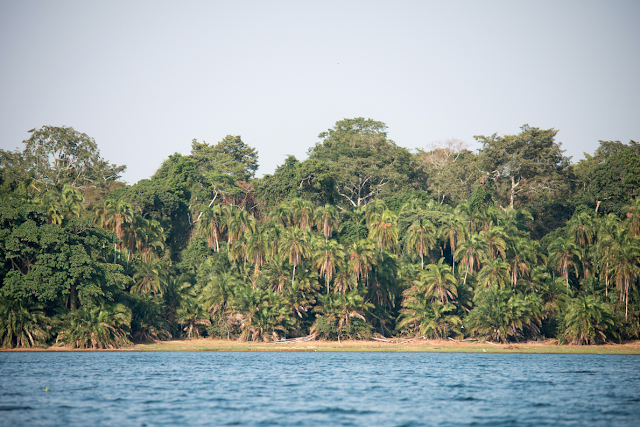 We wondered whether or not we could make it back to the lodge if the boat started to sink. Swimming ashore would be easy, except for the crocs and hippos. After that gauntlet, we doubted we’d make enough headway through the forest to return by nightfall. It looked impenetrable. 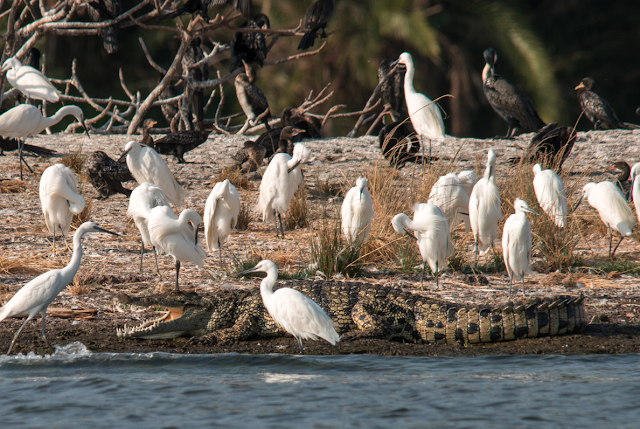 The anchovy-like fish that has exploded in population has dragged the populations of fish-eating birds upwards as well. Literally thousands of cormorants, egrets and kingfishers lined the shorelines. They would take flight at every cast. 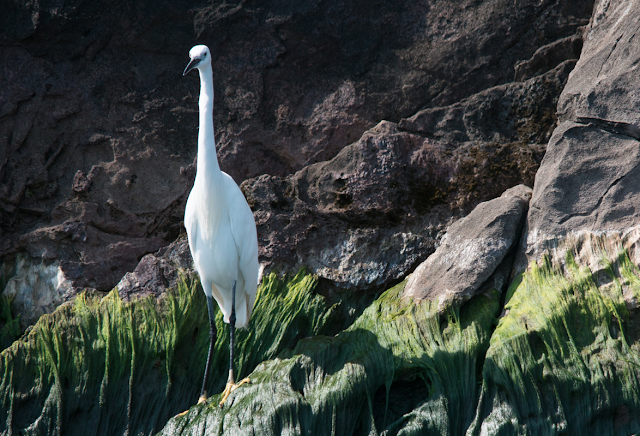 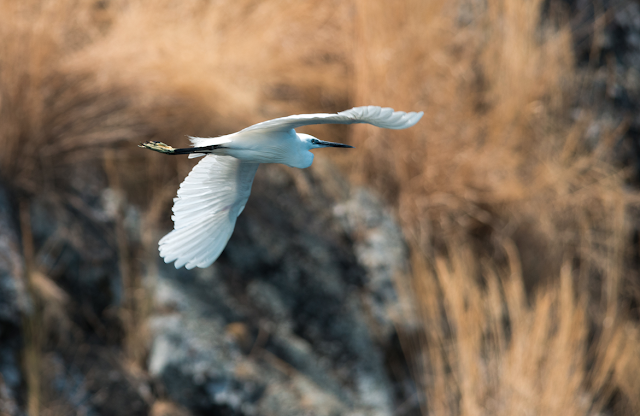 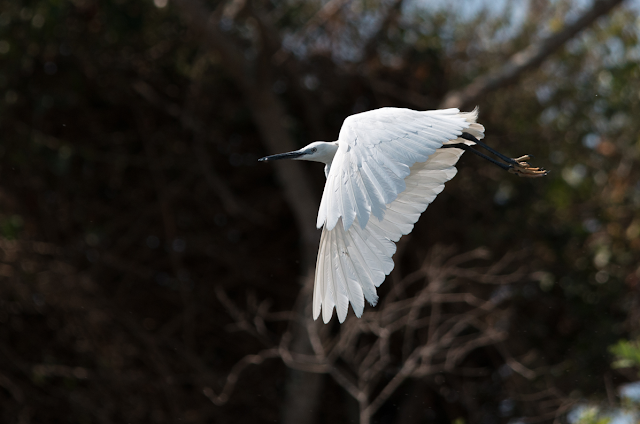 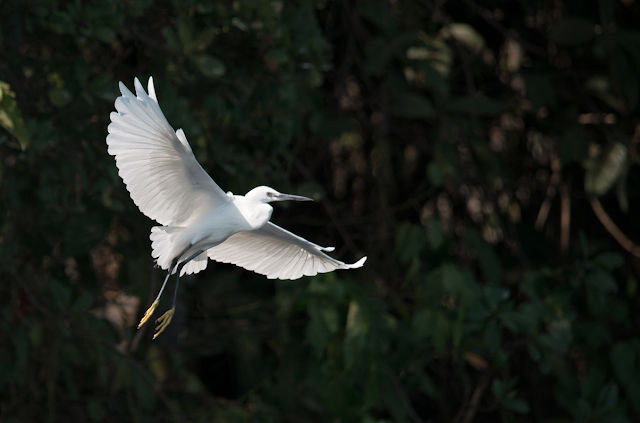 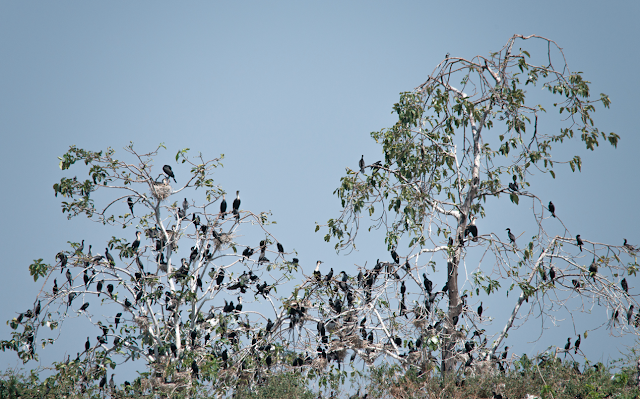 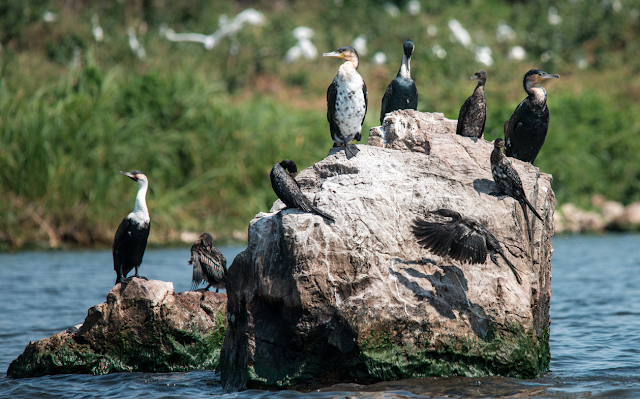 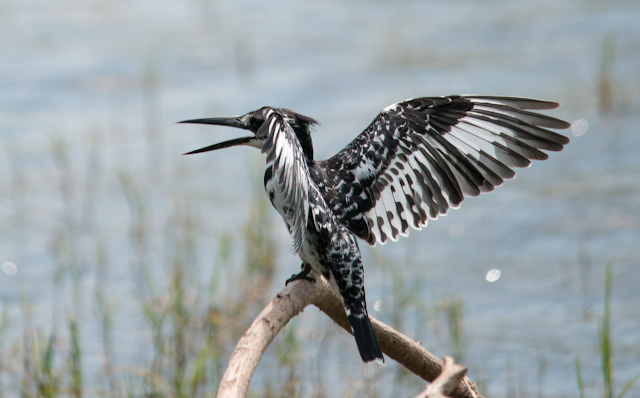 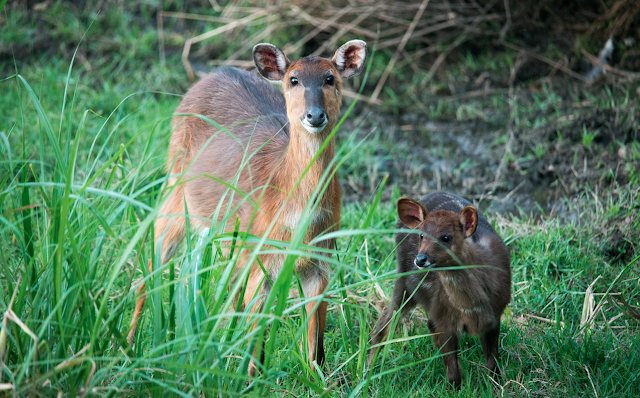 The aquatic sitatunga has a waterproof coat and splayed hooves. There is some evidence of these animals interbreeding with the closely-related bushbuck that can also be found on the island. 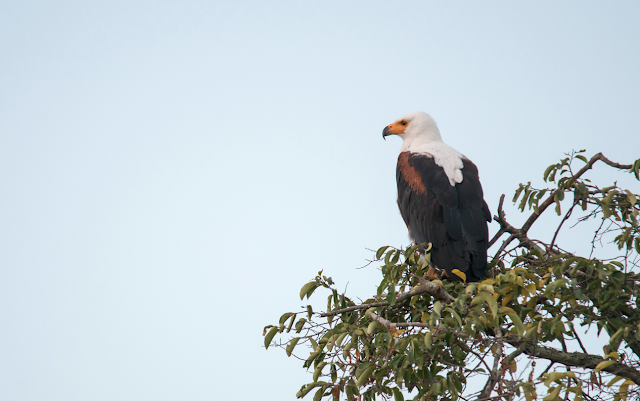 Think of a bald eagle with a white vest, a longer neck and a longer wingspan and you’ve got the African Fish Eagle. We were transfixed as 4 of these eagles performed an aerial dogfight, screaming and swirling and locking talons in a death spiral in a game of chicken, until our trance was broken by the vicious take of a larger nile perch. More on that later. 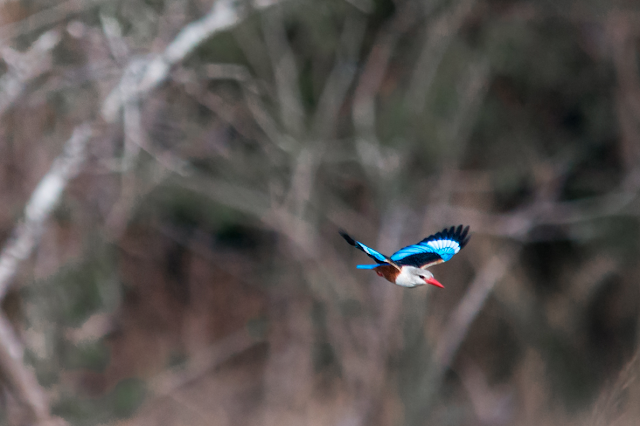 Some birds are just insanely colored, and when the light hits them right there’s nothing else to do but stare. 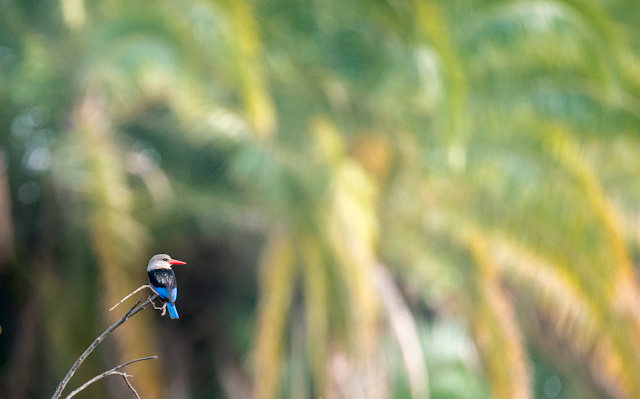 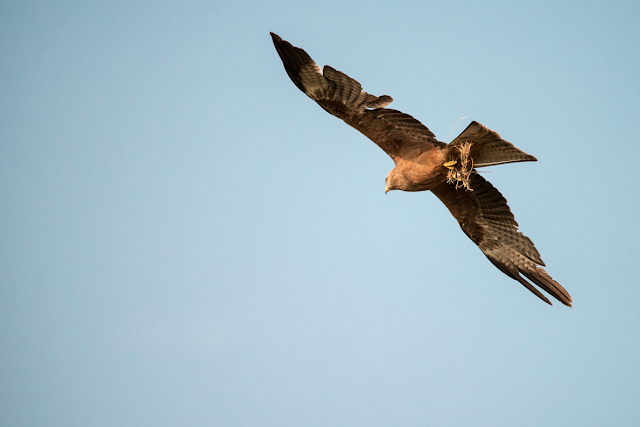 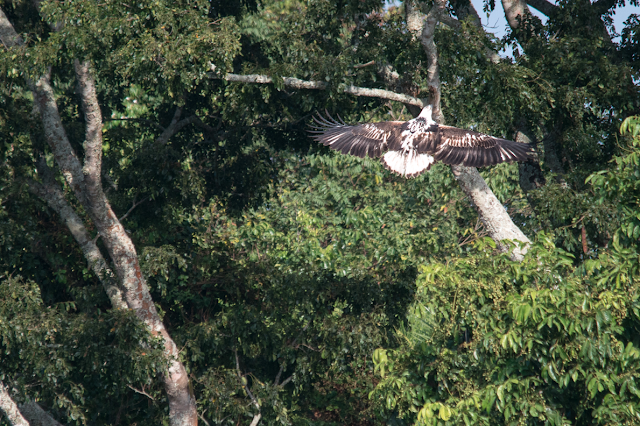 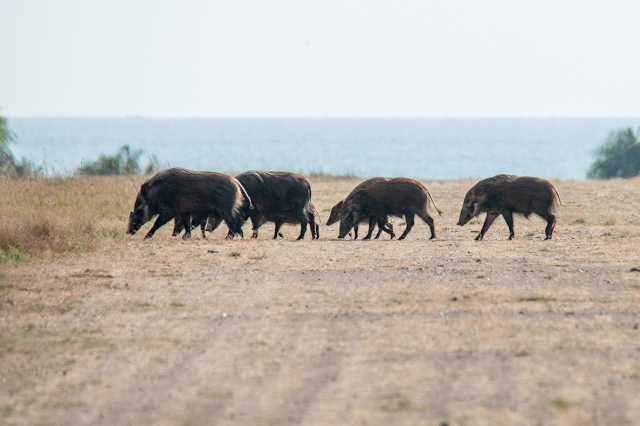 While taking in the sights, we were also fishing. That was pretty awesome, as well, and will be detailed in the next post.

Do yourself a favor and check out more of Pete Stanley’s photography. He is extremely talented, and his photos of people, wildlife and landscapes can give you a sense of what it’s like to live in this amazing part of the planet: East Africa.  www.photopoa.com