The west end  of Little Cayman Island or “the Grouper Hole” is an arrowhead shaped shelf that’s in about 110 feet deep with large coral formations and Barrel Sponges. An almost sheer ledge drops to 1,200 feet on three sides and continues to more than 5,000 feet deep. Just a half of a mile off the beach. On the perfect moon, for a few days at the beginning of each year the Nassau grouper assemble here. Fish commute from miles around to spawn, some from Cayman Brac, in the perfect currents to help prolong their kind. 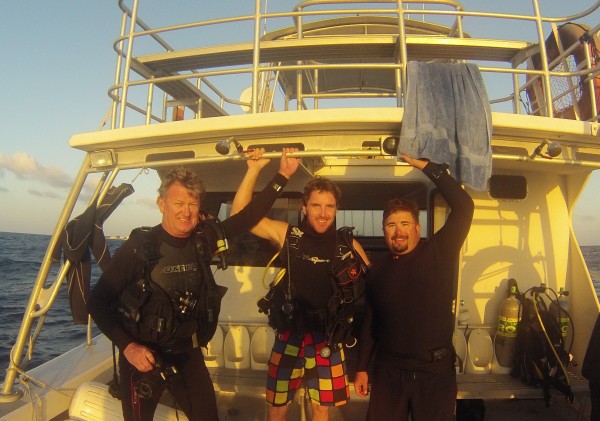 I was recently invited to join scientists from REEF and Guy Harvey on a dive on one of these days. I got a call from a buddy, a DOE officer and I headed down to the dock.

A quick check of my dive and photo gear and I jumped onto the Department Of Environment Panga for a ferry out to the research vessel. Then transferred all of our gear and crew onto the 46′ Newton “Sea Keeper.” After a quick ride out and briefing we were geared up and ready to drop down. 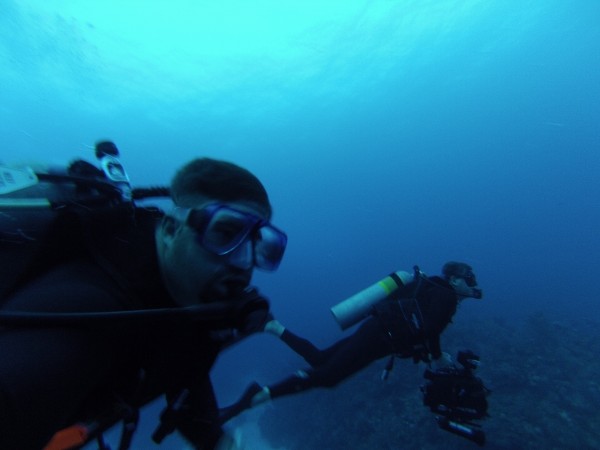 I’ve seen the footage of this event before but It’s still very impressive to see in person. As i hovered 80 feet under the surface i looked around. Just over the ledge there was a “herd” swimming by me. 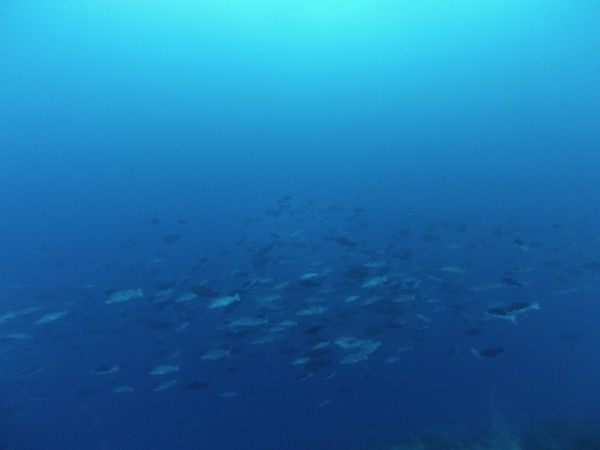 A wall of Nassau Grouper, some in their spawning colors “tuxedos” and some normal tan with a black “saddle” over the base of the tailfin. Fish from ten to well over 45 pounds. At least 80 feet tall and as far as i could see in both directions. 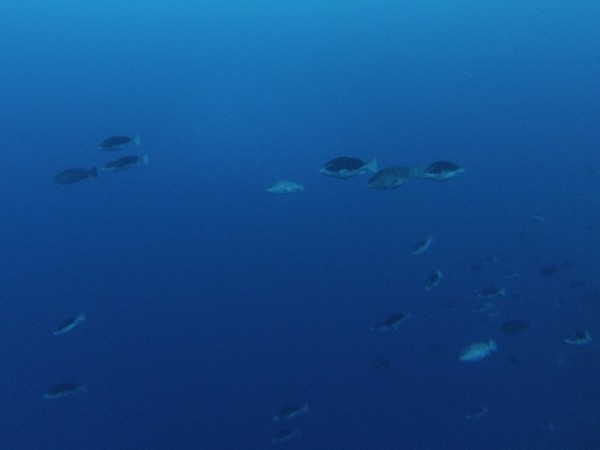 After couple hand signals with my dive buddies Guy and James we all took to our cameras and captured as much footage as possible. I happened to be a day or 2 before the actual “fireworks” but there was some spawning activity. There were a bunch of large grouper just laying on the shelf, completely spent and resting. 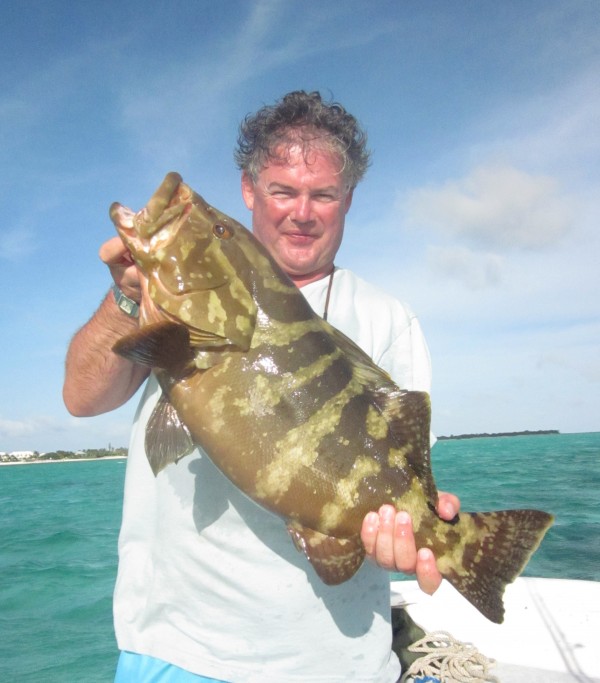 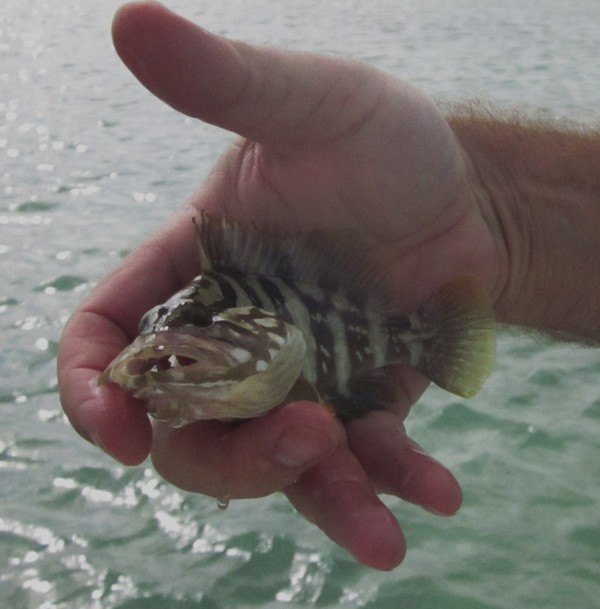 They were both released after a quick picture. 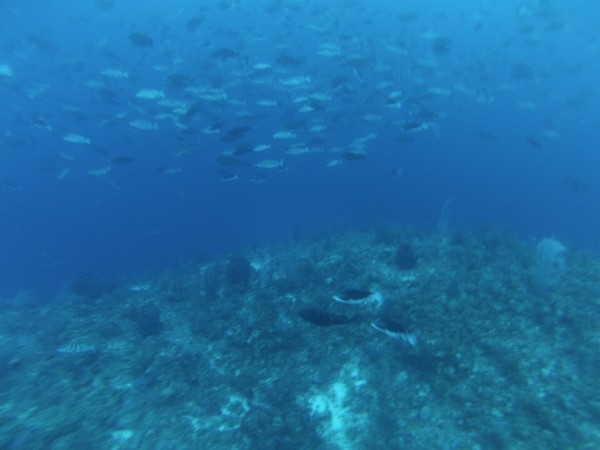 the aggregation and then drop off into the abyss.

I’d like to thank all of the DOE officers, the scientists at REEF and Guy Harvey for inviting me on this dive. To see something that unique and special is something I won’t soon forget.  I know this isn’t exactly “Skinny Water” but It was a very interesting and unique experience. That said, I have caught many Nassau grouper in the Turtle grass flats of Little Cayman on fly. I hope that will always be a possibility here, and soon in other islands too.