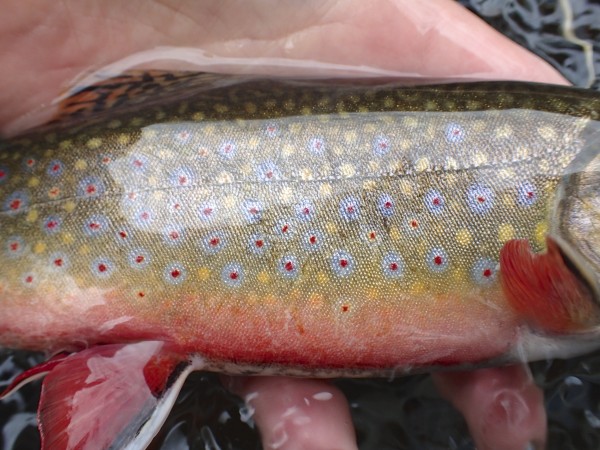 The old man parked his minivan streamside and approached the bridge to inspect a pool he may have fished over a 1,000 times. Although Ryan and I were zeroed in on one particular fish, he had several questions for us.

I replied, “It’s been alright,” even though the fishing had been quite good the previous day and a half…

“Any risers? Have you seen any Blue Quills?” the old man inquired.

I may have seen a few insects that were the first blue quills the stream saw that spring, but I made no mention of that.

“A few BWO’s and a good amount of midge activity,” I said. In fact, the very trout we were fishing for, was occasionally breaking the surface eating midges.

He brought out a pair of binoculars to scout out the few fish sporadically rising in the pool. He no doubt noticed the kyped mouth of the sizable brown we’d been fishing for. He let us do our thing and watched intently as one of his buddies geared up.

Soon, both anglers were fishing across from us in the pool. Our intermittent conversation continued at the same pace of the rising trout.

“What have you been getting them on?” A simple question that most anglers ask one another on a particularly slow day, but I was focused on the brown sipping midges fifteen feet away.

Ryan replied, “Dry dropper has done pretty well for us.”

Unfazed, the old man asked, “How big are we talking?”

Ryan continued, “about a size 16 or 18 dropper and a larger dry fly, like a stimulator.”

The old man seemed shocked at our answer, not because we had success, but because of the sheer size of the flies we were using in the gin clear, low flows.

“Did any fish take the dry…?” the old man was cut off not by our words but by what lurked beneath. The big brown’s megamouth broke the surface coming down on a size 26 Al’s trico. The act happened in less than a second but for the angler, appeared to last several. I set into absolutely nothing… Ryan and I gasped at our continued misfortune.

The old man continued, “Those are pretty big flies for this water,” he stated, “usually the fish go for much smaller.”

With that, there was a long lull in our conversation. Ryan went back to watching me pester the brown while the old man calmly guided his fishing partner from over his shoulder.

After awhile, the old man’s buddy asked, “Do you guys know the name of this pool?”

He let out a strong laugh and proclaimed, “Yeah, but do you know who named it?”

Of course I didn’t, but before I had a chance to say no, the old man calmly stated, “I did.”

His buddy launched into an explanation of the pool’s name and the intelligence of it’s fish. I let him know that I’ve fished to many trout in this place that seemed to laugh at my presentations and dry flies.

He laughed, “sometimes they offer a big slice of humble pie!”

“This fish definitely has a PhD,” and I pointed my rod tip at the big brown that Ryan and I had fished for, for a total of four hours across two days. The fish definitely ate four of our dry flies but for unknown reasons, our small hooks never pierced his lip. On one effort, it seemed as though his teeth sliced through our fine tippet like a hot knife through butter.

As my mind recollected our aforementioned failings with the large brown, the old man spouted a few more words of wisdom.

Trying not to sound too skeptical, I queried, “Did you really name this pool?”

The old man laughed, “Yeah…that one too.”

The godfather of one of my favorite rivers in the Mid-Atlantic region began scrambling up the embankment. He stopped and scratched his head.

He seemed to leave that number hang in the air for a second or two before saying,

“Time flies when your having fun.” 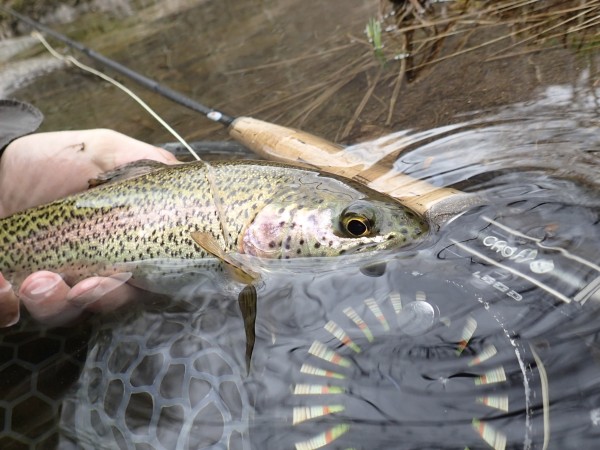 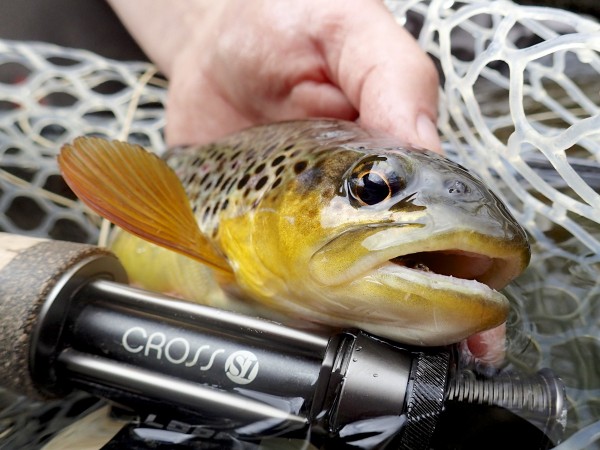 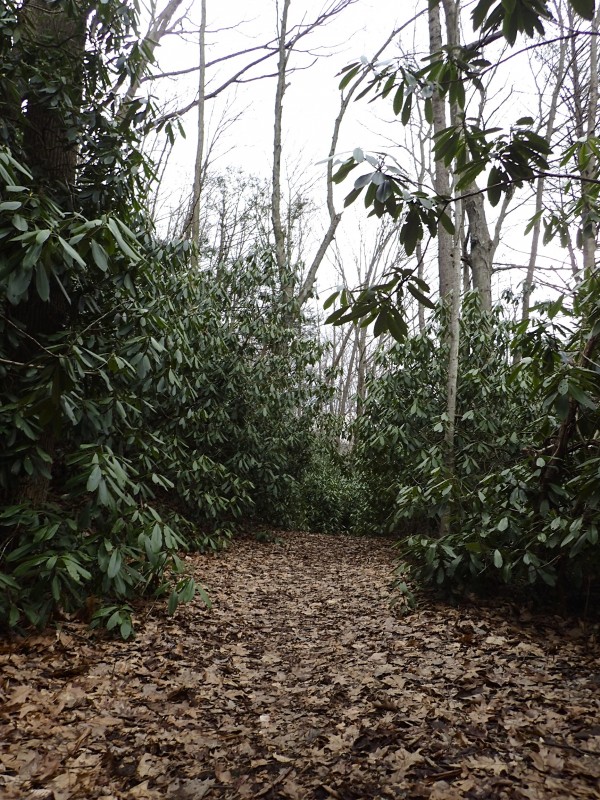 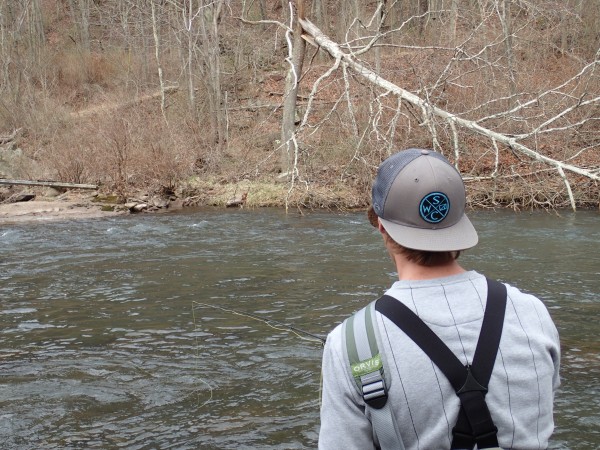 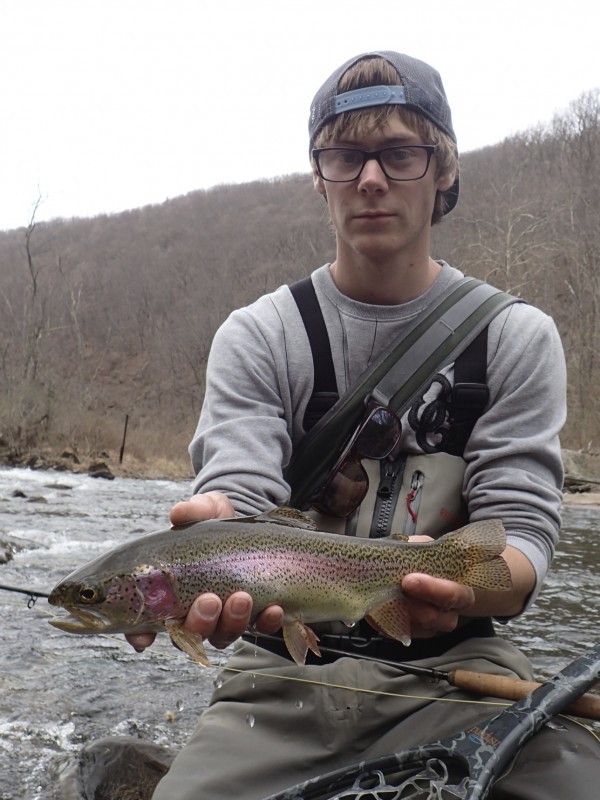 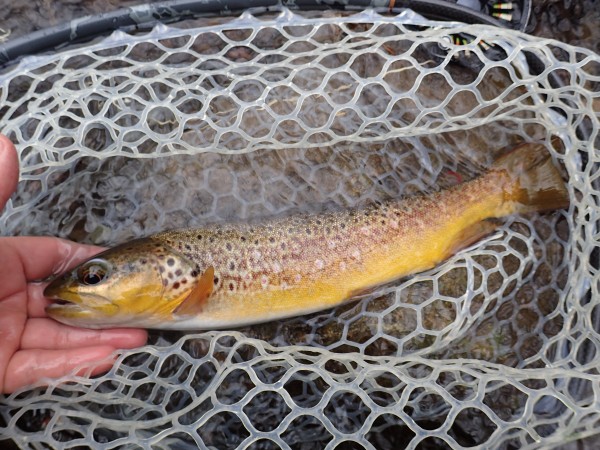 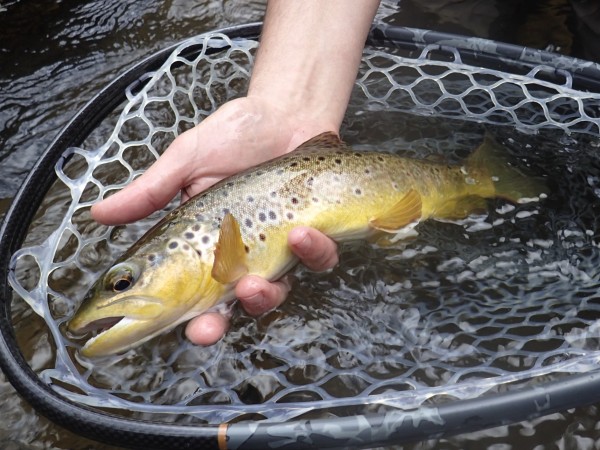 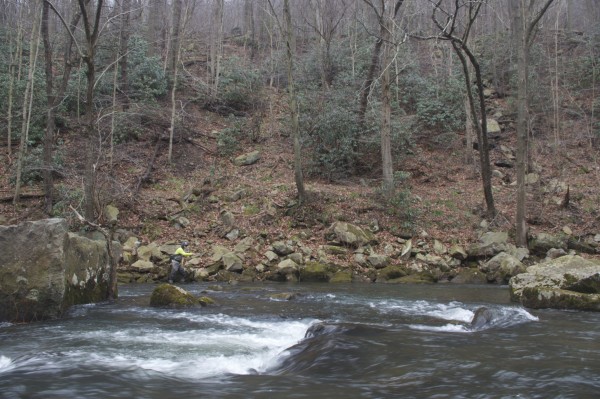 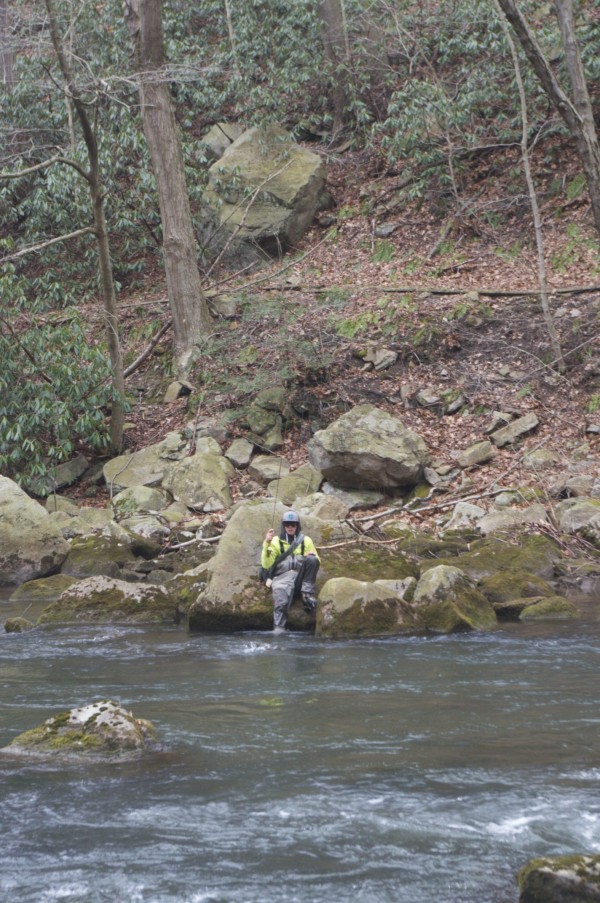 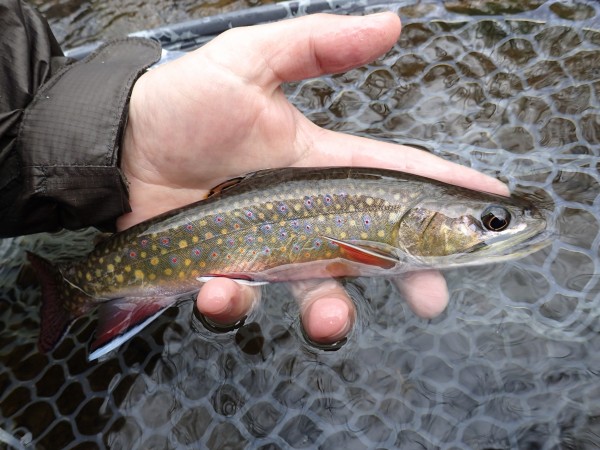 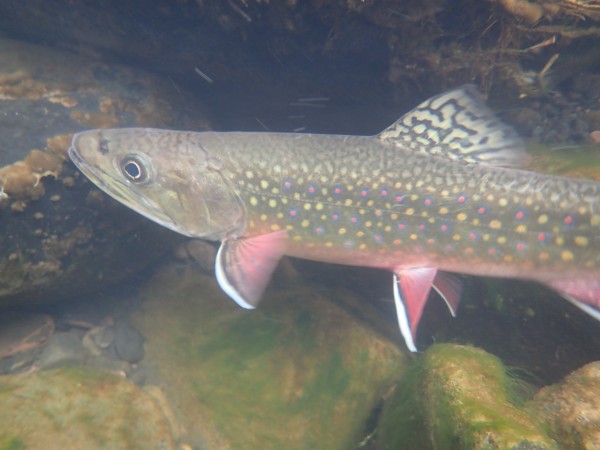 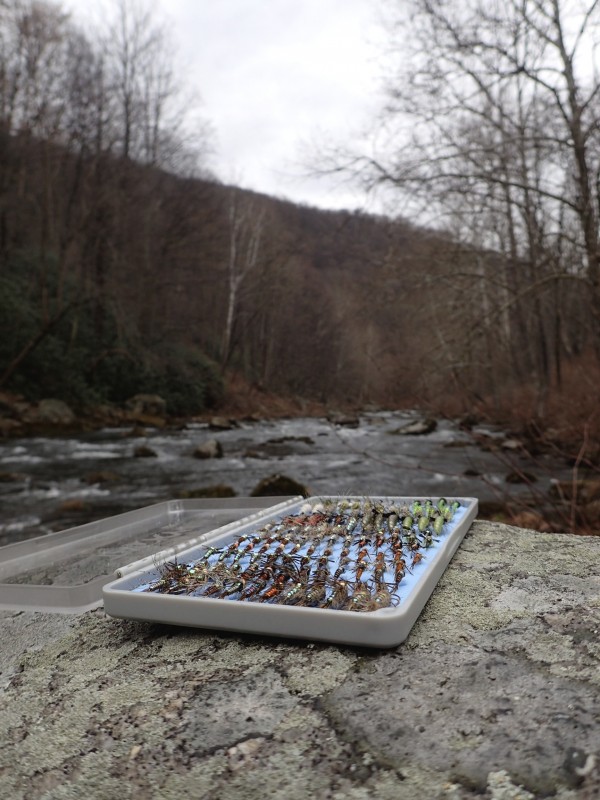 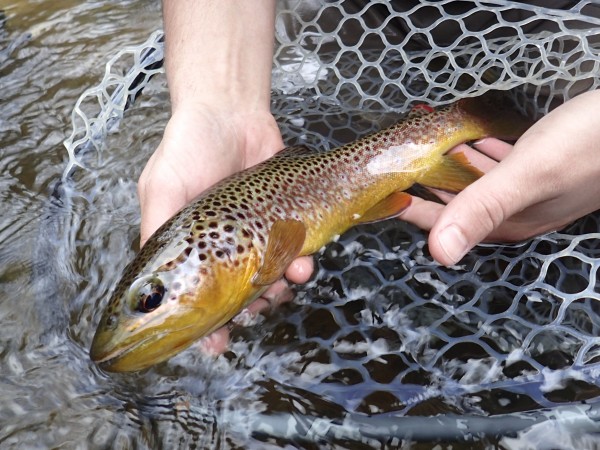 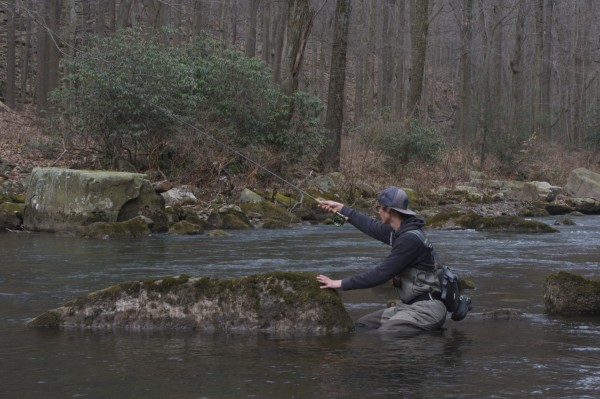 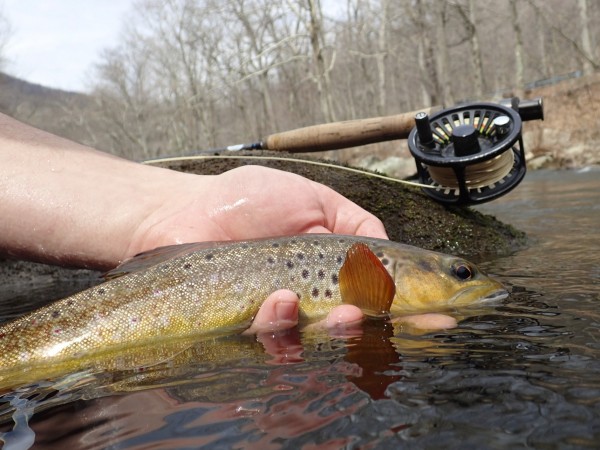 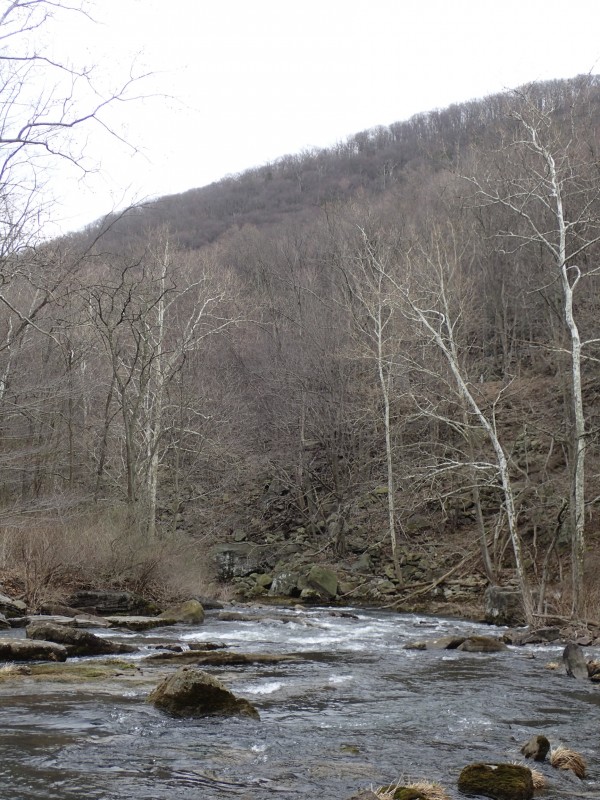 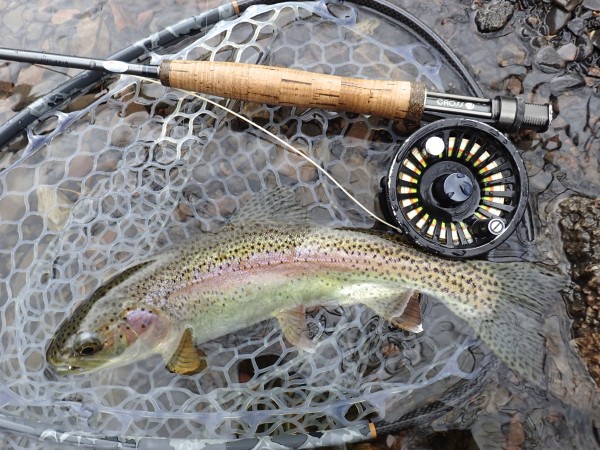 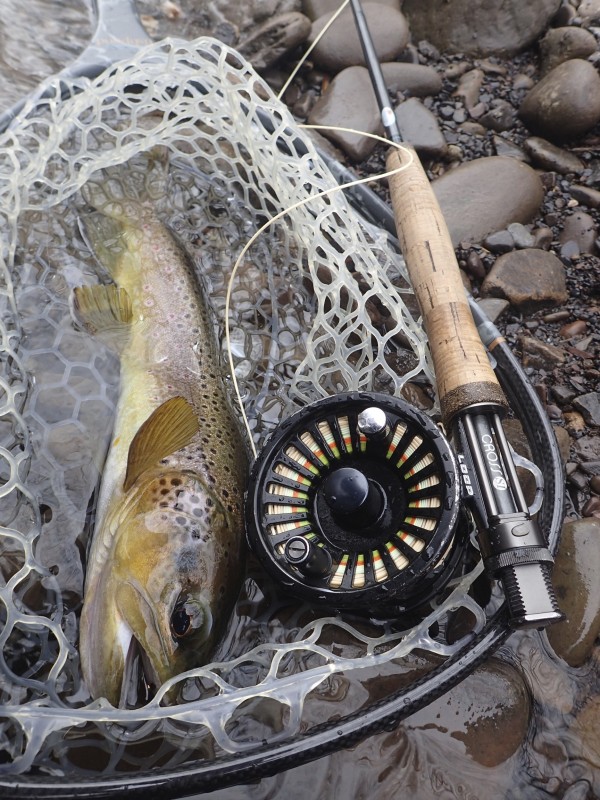 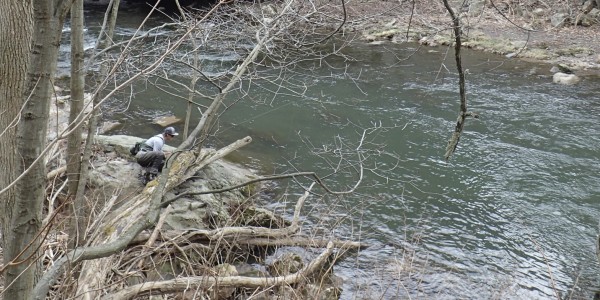 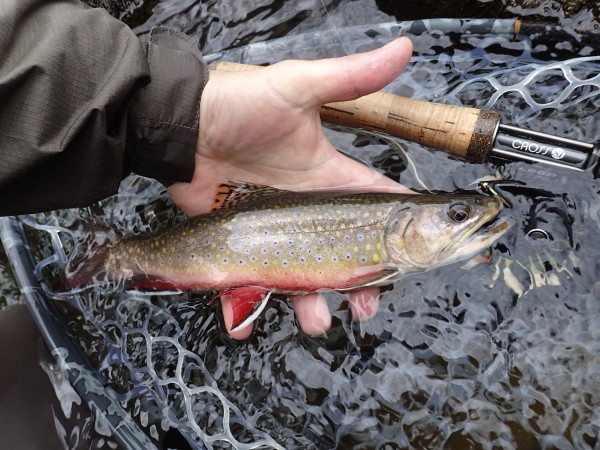 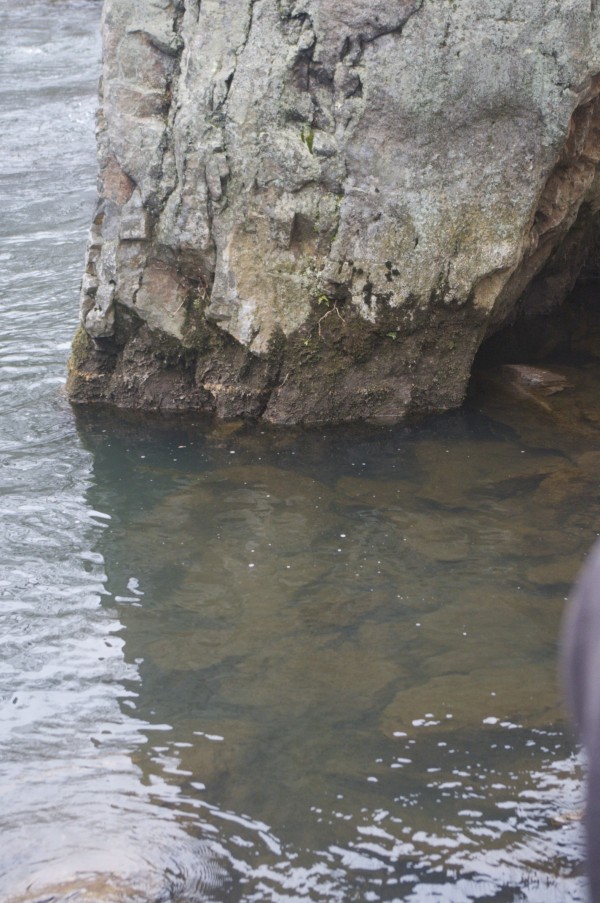 PhD Brown that kicked our ass…