It seems like now a days my bank account is always in the red. But I was lucky enough to save a little cash and invest it in the Highsider Gheenoe this year. When i look on the instagram feed for #skinnywaterculture i always see pictures of people using a gheenoe to absolutely crush fish. I wanted to bring a little bit of that Gheenoe love to the SWC blog. The Gheenoe Life will be reports only about my Gheenoe adventures. I decided it was time this weekend to fire the little 9.8 Tohatsu up and hit Estero Bay. I called up my Uncle and we hitched up the trailer and headed off. We pulled up to one of my favorite areas, When the tide is coming out it just funnels all this water over a massive oyster flat which opens up the opportunities for some amazing action. Thanks to my uncle for capturing this beautiful moment! 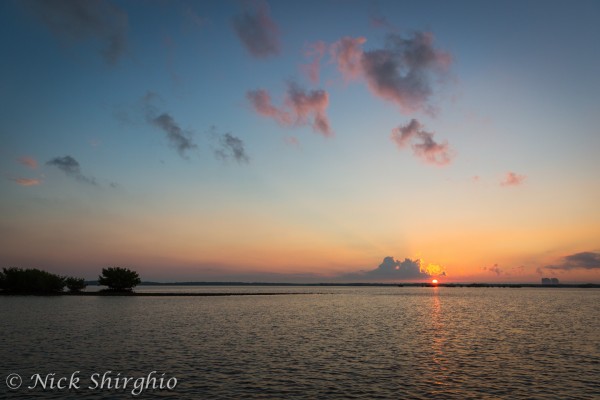 To say the least it was a pretty monumental morning for me! I saw and caught some of my firsts. I saw my first Naples, Florida tailing red, which was something amazing. His tail was backlit from the rising sun that left it glowing gold.  I don’t think I will ever get that image out of my mind. My uncle made a beautiful cast but this guy must have had his face deep in the mud, nothing fazed him. It was my turn on the bow, I saw a nice red pushing some water along an exposed oyster patch, made the cast and he spooked but as I was striping in my line I felt a slight tap. My line went taunt.  To my surprise it was the smallest Sheepshead I have ever seen and caught, what an interesting first. 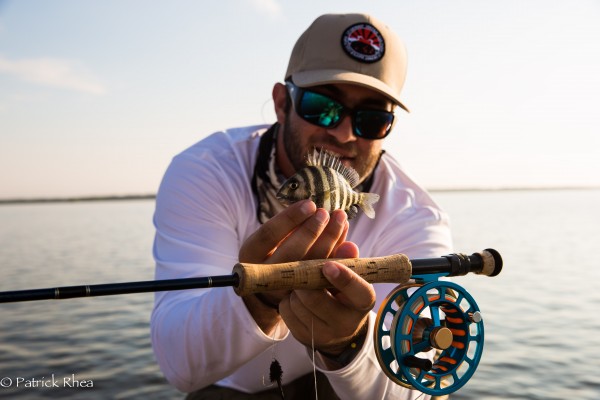 The tide had started to come in so we decided it was a good time to make the move. Within minutes we started seeing reds most of them were not interested one bit. As we moved along we finally found one that had a little pep in his step! I laid the fly practically on his nose and he absolutely inhaled the fly.

For my first fish on the 7wt I was pretty stoked! 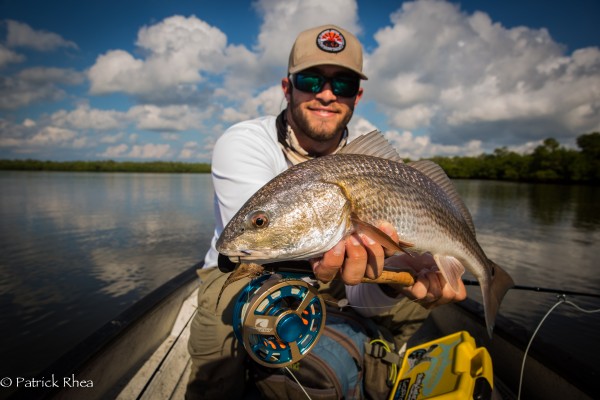 It was a great little escape; we saw and caught some nice fish. Its always nice getting out and spending time with your family doing something you love.