The First of Summer

My summer has been off to a fantastic start with a lot of fish mojo. It started off fishing down south with one of my good friends Charlie. The wind was still blowing good as it has been all year, but we decided to give it a go anyway. We stuck a tailer within the first 5 minutes and it was Charlie’s turn to get one. 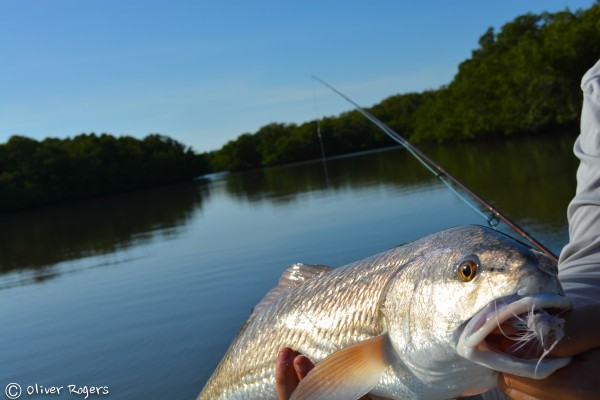 After a few hook pulls on other fish, he got a nice one to the boat.

On our next trip we took my little brother Harrison out to get him his first Florida red on fly. Right when we entered the first lake, “Harrison 11 o’ clock, see the wake coming out of the mangroves?” 2 false casts later and 1 strip… boom first red on the board. Nothing but smiles for him after this nice fish. 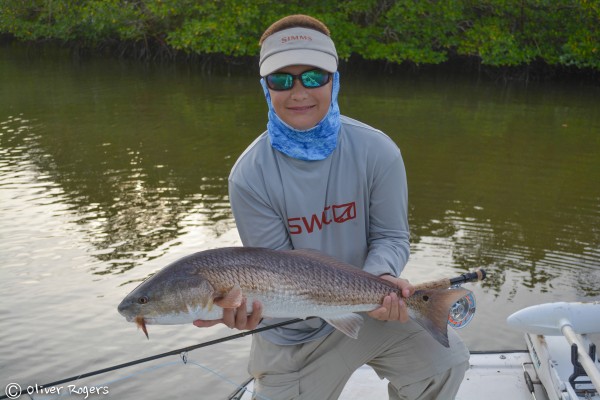 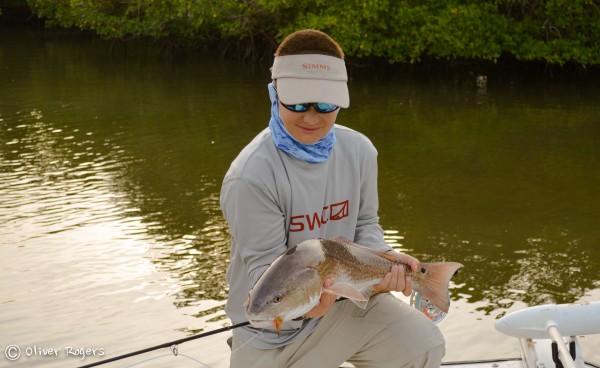 This trip ended with a few more reds and me breaking off and what would have been my largest snook on fly. It’s crazy how the ones that get away are what are always on your mind.

The next trip was the first time one of my good buddies and fellow SWC member Patrick Rhea went out. In search of the reds once again I jumped up on the bow first and got a nice upper slot fish to the boat, but pulled the fly out of his mouth in the landing process. Patrick stuck one later in the day that missed his fly twice and dramatically ate it 5 feet from the boat. 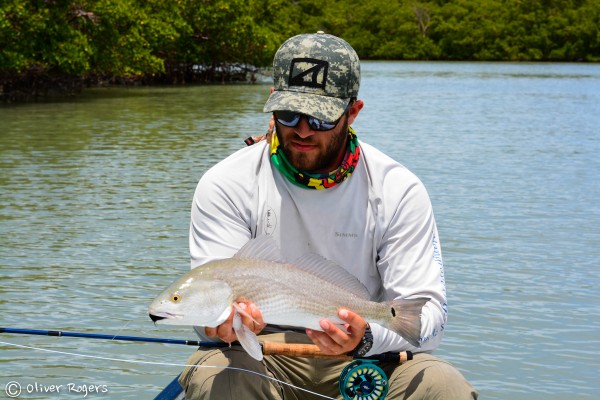 Within minutes of releasing his red a blind cast to the shoreline enticed this girl to eat one of 239Flies tasty legastic minnows. 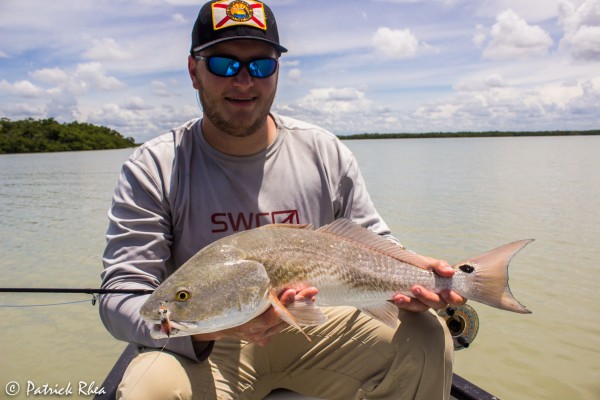 My next trip was new friend and fellow SWC member Gavin Greco and my brother. We went in search of poons on the trail. As we jumped a bunch of micros, Gavin got this pretty snook to eat 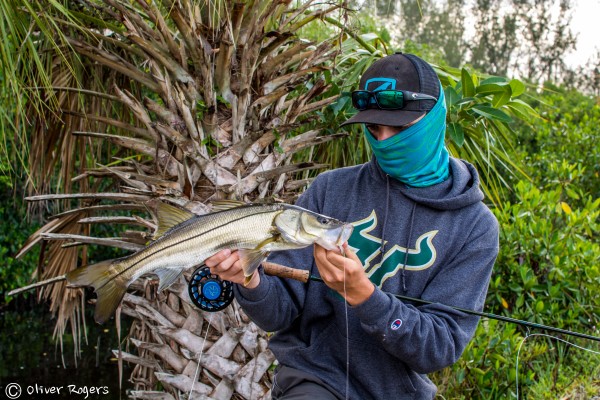 After some exploring and being eaten alive by mosquitos we found some tarpon that were in numbers and very feisty.   Here is Harrison with his first tarpon on fly. They only get bigger from there. 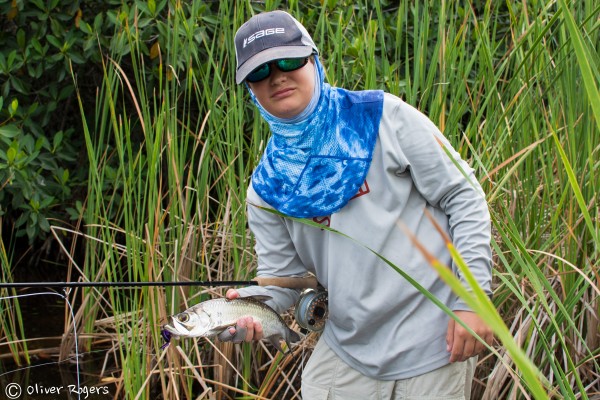 As I filmed the action Gavin and Harrison jumped tons of fish and ended up bringing 8 fish to hand. 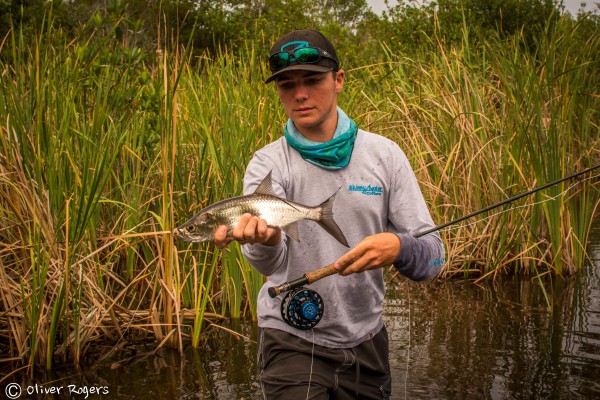 The rest are of other photos taken this summer from a variety of days. 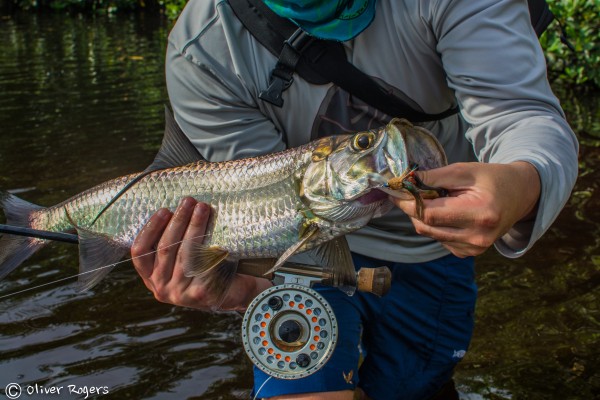 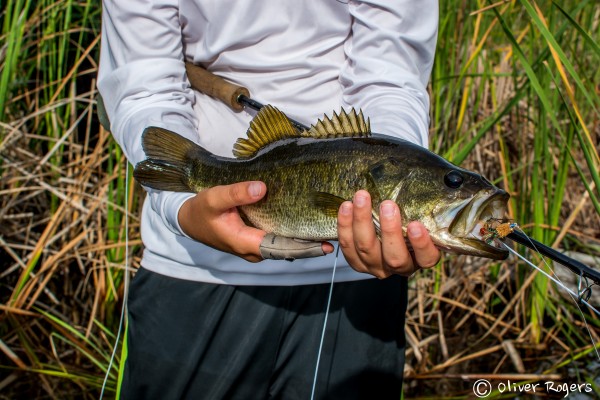 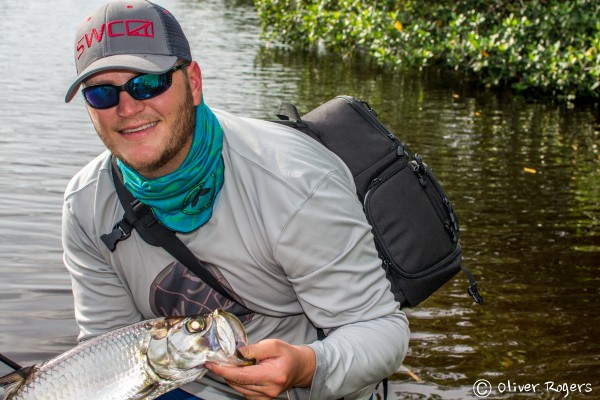 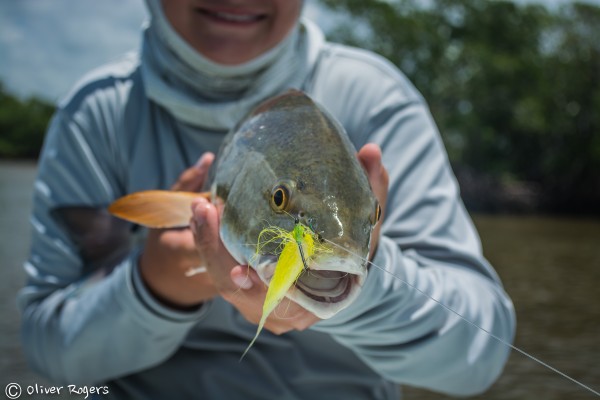 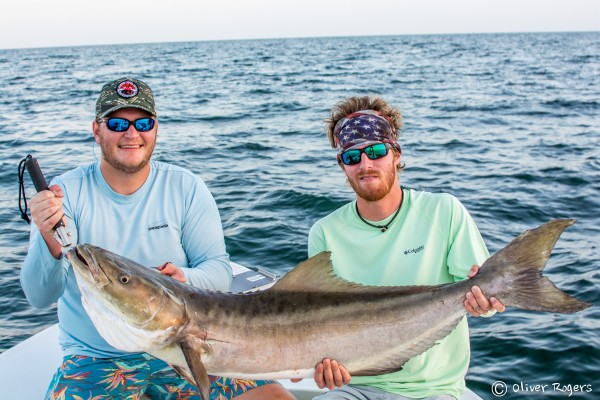 The icing on the cake is that I just picked up this bad girl up from South Carolina… Plenty more posts to come on the new skiff! 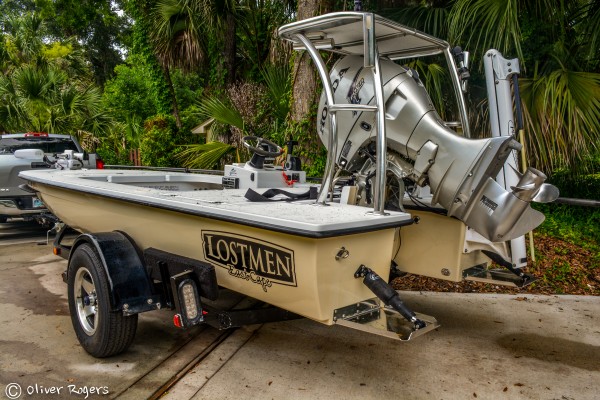