Take the Good With the Bad

Well, sometimes, even though there’s clouds and wind, there’s still a chance to catch some fish. Although I sometimes find myself deciding to stay in, instead of bust my ass in the elements through rain and wind just to get those handful of shots. But in reality, thats what it’s all about. I mean, any angler can catch fish on a beautiful amazing day. As fly fisherman, we enjoy difficulty. Making things harder means there is a bigger pay off at the end, assuming one is successful of course.

At the SWC Tarpon Kick Off party up in Tampa, Jeremy mentioned to me that he wanted to make it down to my neck of the woods in hope of catching a Flamingo redfish on fly. Mind you, he had just came back from ten years in the Cayman Islands catching all kinds of fish, including bonefish and tarpon, but excluding redfish. So the dates were chosen, and he made his way down to Miami. 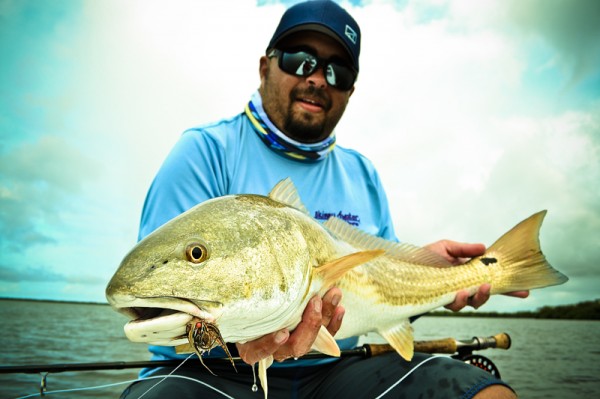 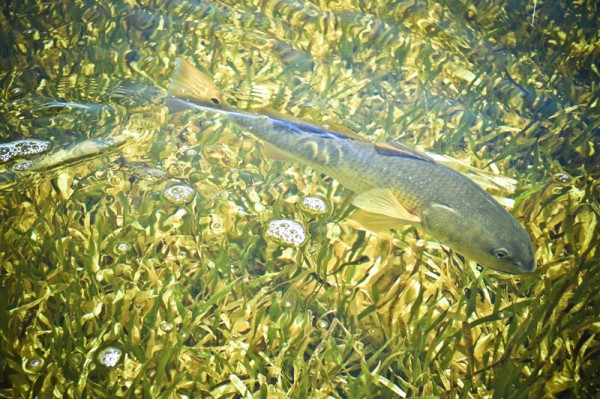 The weather was trash. The forecast called for extreme winds, cloud coverage, and severe thunderstorms. Jeremy asked if we’d have a shot at getting on some fish, and I was truthful. Yes, we have a shot, but by a shot, it would be just a handful of shots. Not the ridiculous amounts of opportunity he would get if we had decent weather. I told him it was his decision if we just stay in, or go out and try our luck. Of course, he chose we go in severe conditions. Two hours later, we are launching the skiff as the sun breaks the horizon. To our surprise, the wind was manageable at first light. So I decided to use what I expected to be a small window of manageable winds as our window to pole open flats in hope of finding some hungry fish.

Sure enough, we started seeing schools of fish. Jeremy made his casts, but couldn’t buy an eat. School after school, shot after shot, no one wanted to play. Quickly, the wind began to become unbearable. Finally, we decided to run for cover and make our way to some areas that would give us a slight shelter from the strong east winds. As we made it to the spot, we quickly starting seeing fish. Snook up high hanging near the mangroves, reds running in and out of the groves, but not giving us much opportunity to actually set up a shot. I knew there was this one point that usually holds one large redfish, so I told Jeremy to be ready to make a quick shot as soon as he sees the fish. As we approach the point, we didn’t see anything. But I did notice a strong wake making it’s way down the shoreline crushing on bait fish, a lot like a large jack would. I told Jeremy that there was a jack approaching, he glanced over and noticed a tad bit of copper break the surface as mullet went flying out of the water. Sure enough, he was right. As it got closer, it turned out to be a nice big redfish that was coming in hot. Jeremy waited for his shot and instantly was hooked up. We got the fish in for a couple quick shots and it was back on it’s way. 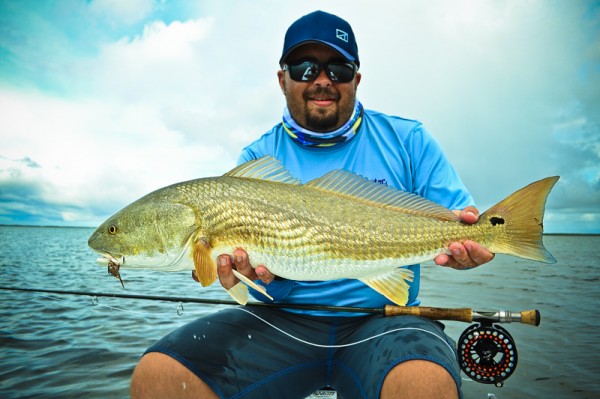 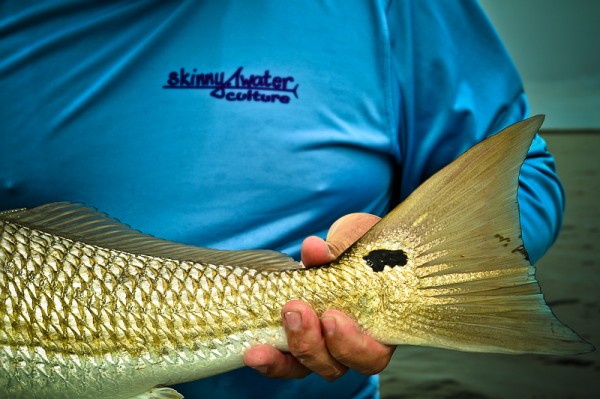 We poled around for a few more minutes before the storms sent us packing and made the long run back to the marina just in time before the wall of rain. We stopped at Sonny’s in Florida City for the traditional after-mingo meal and were on our way back to Miami.

A few days later, Megan had asked me to come down to Islamorada to hang out with a bunch of friends, drink some beer, and eat some food. The following morning, Megan, Meghan and went out to get them their first Islamorada redfish. After a late start, we first poked around for some shots at Tarpon. Megan had a couple shots but couldn’t do much with them. We fished for a couple hours, and caught a few redfish. 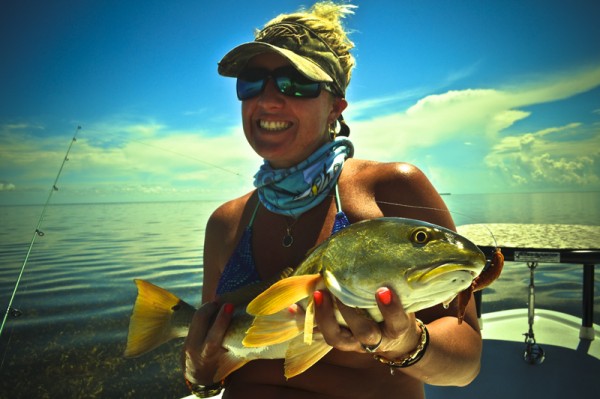 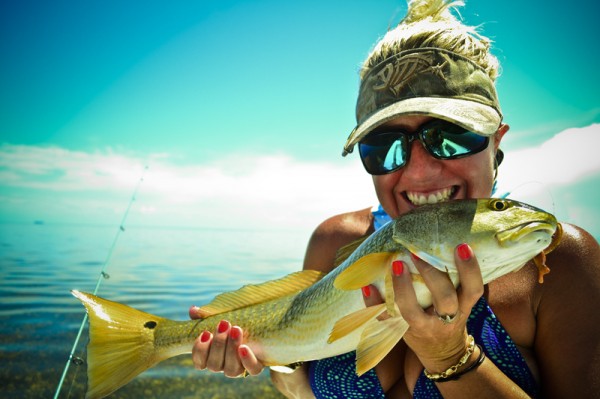 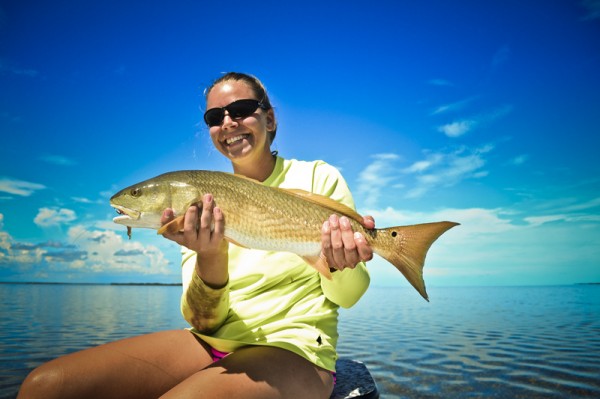 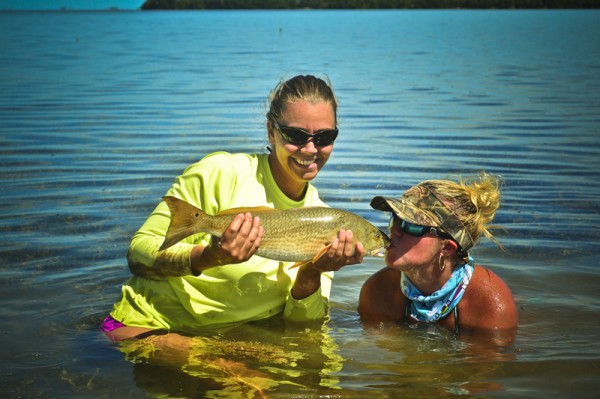 Hopefully this weather starts to cooperate and act like it should in the summer, and we can have more epic days on the water.