“Yeah that’ll work” says Capt.Bryan Elkins as we make our way under the bridge toward the gulf. He was talking about the shrimp fly i had in my hand after he had told me what we were about to do. Looking for Tripletails under the crab bouys off Little Gasparilla Island. We put the sun behind us and we “ran the traps” heading north. 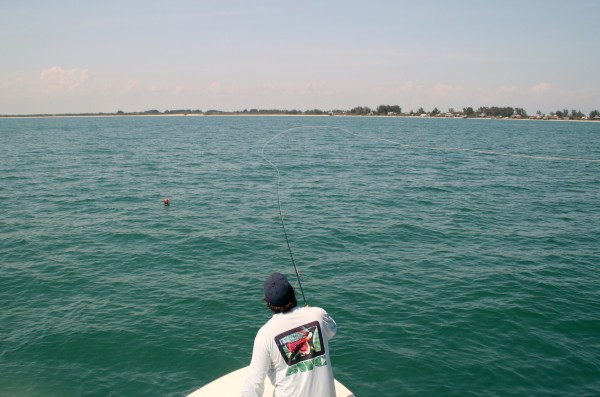 We stayed 20-30 yards off the traps and inspected everyone we passed. Bryan had been doing this type of fishing since the crab season started in the fall. “Some days we’d see a dozen fish in an hour of looking, just while out pulling my own traps.” Most of the fish Bryan caught over the winter were on D.O.A. Shrimp with 20lb leader. I wanted to try it with the fly rod. I tied on a “shrimpface” fly that was made for big Andros bones. 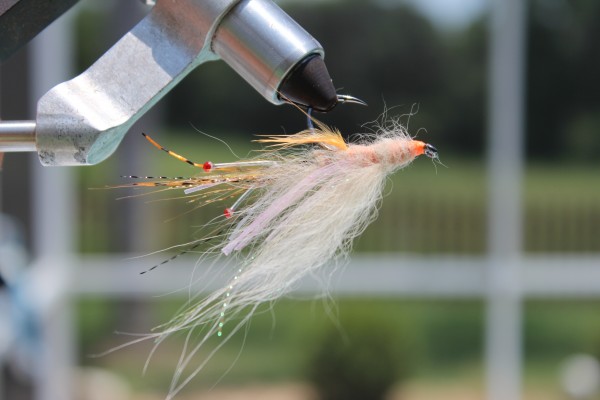 Only after about a dozen traps and one false alarm, we spotted a nice “Tail.” We kept the boat going and made a wide turn away, making sure not to slow down too close to the trap. He put me into position nice and slow and told me to put the fly “right on the trap,” I did and the fish had a quick look at the fly but returned to the shade under his bouy. “O yeah! If he looked at it, he’ll eat it, cast again!” On the third cast he followed it out away from the float but didn’t hit the fly. I picked the fly up out of the water and placed it right back at the bouy and when the fish returned it was there waiting for him. The fish couldn’t refuse this time. HOOK-UP! 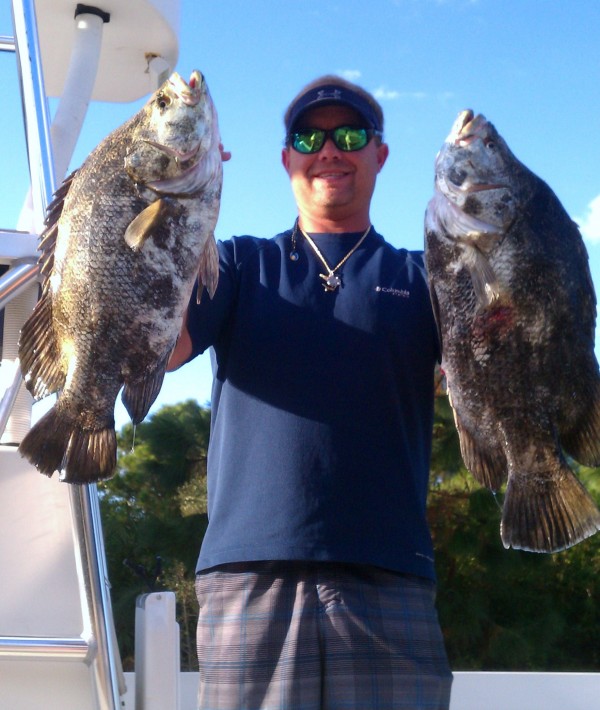 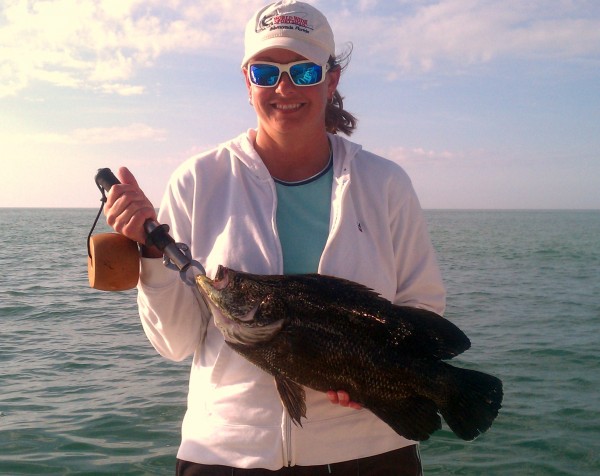 Live shrimp worked pretty well over the winter for Bryan’s wife Susan, she got into the Tripletail also. I wanted to catch one on fly and check off a new species caught on the wand. This shrimp pattern had some lead wire under the material to sink a little. It turned out to work perfectly for Tripletails. Capt. Bryan placed an order for half a dozen as we were high-fiving after the catch. 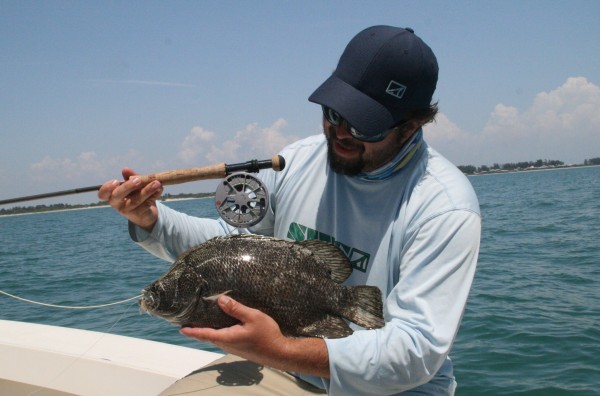 Just another way to score with a fly rod on the west coast of Florida!