As many of you know, the SWC Christmas Party at BarFly was last weekend. Would like to thank those that were able to make it out there. As well as thank those who made it happen. The party was a success. Collecting plenty of toys for children in need. It was a great positive atmosphere that involved a lot of alcohol. BarFly has the best beer selection that I’ve ever encountered at any bar. At least better than the ones down here in South Florida. I had a blast hanging out with everyone. 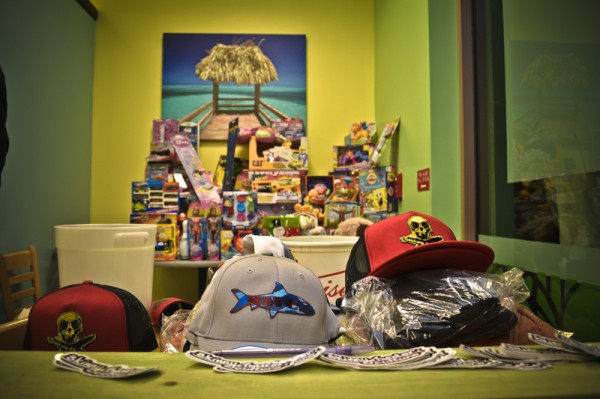 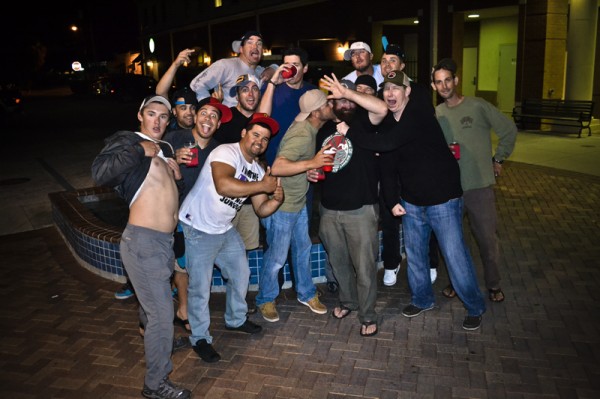 I made the drive up with Warren Chin. The plan was to head up and fish Tampa Saturday morning. Then go to the party Saturday night. Then wake up early am and drive across the state to Titusville to fish the Lagoon.

But a couple of our buddies from Lake Wales had planned a camping trip to Flamingo the same weekend. So Warren and I decided we’d drive down to Flamingo campground Friday night for a couple hours. Then, head home around 10pm. Of course, that wasn’t the case. We got home around 2am. Clearly, there was no way we’d be up at 4am to drive up Tampa for some fishing Saturday morning.

We had a blast at the Flamingo campground with our buddies, though. We hadn’t seen them in a couple months. So it was cool to kick back, tie some flies and drink some brews by a campfire. 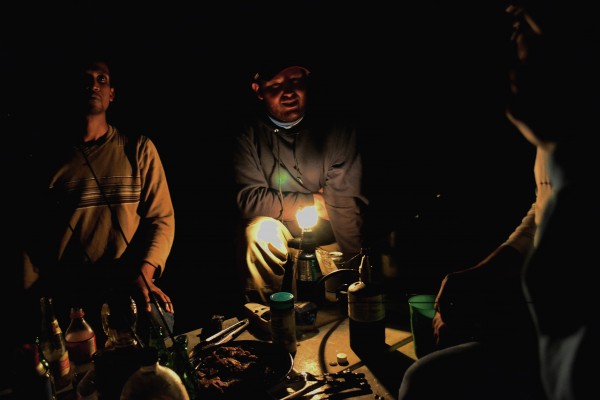 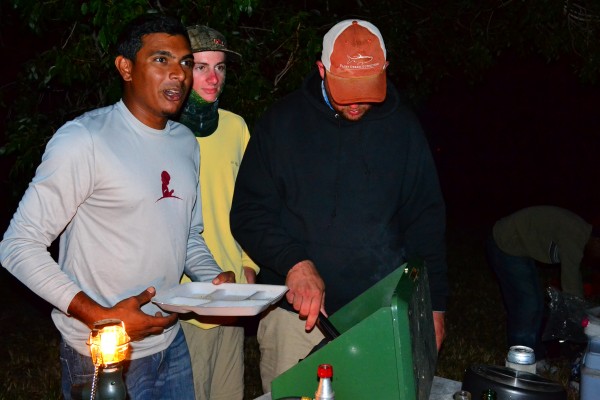 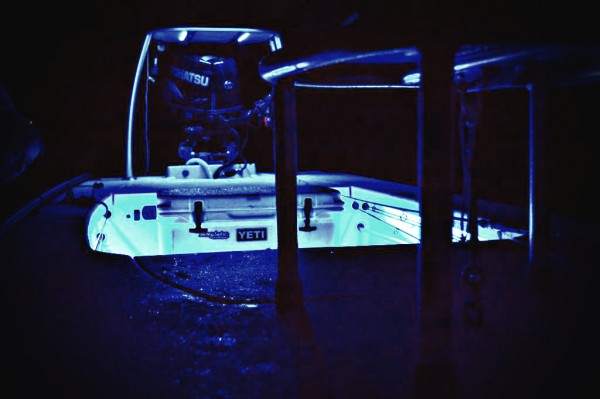 Saturday morning, we were off to Tampa.  Got everything stuffed into the truck, and the boat washed up. Finally, on our way just after 10am. With several pit stops (Bass Pro in Ft. Myers, Chipotle in Sarasota), we finally arrived at Alissa’s house around 3pm. We were dropping off my skiff for the night. We had to wait for some things to be moved around to accomodate the skiff. So while we waited, Alissa grabbed her fly rod, and lead us to some ponds in her neighborhood. Warren managed to get one bass in. I had a couple blow up on the gurgler, but none stuck. Finally, we made our way back to Alissa’s house to put the boat up. 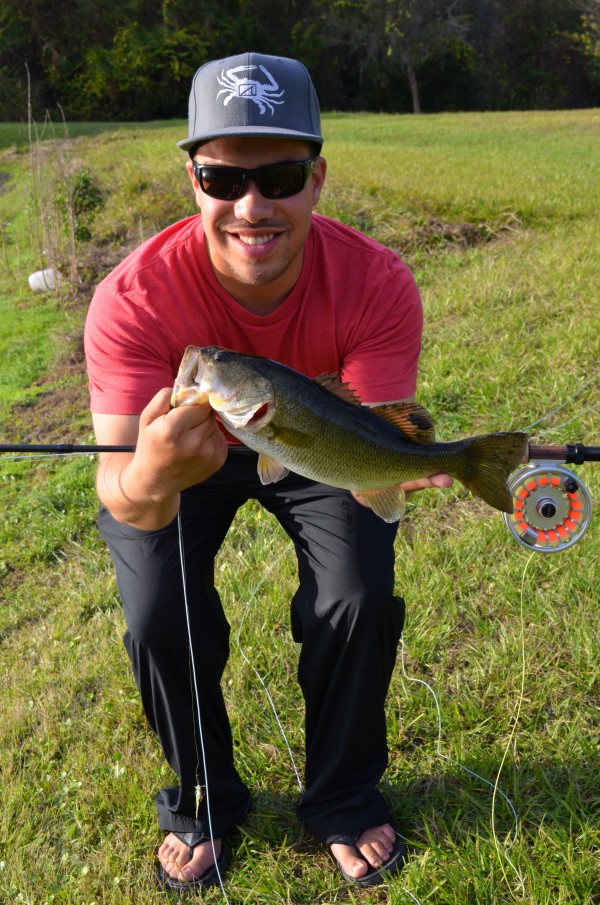 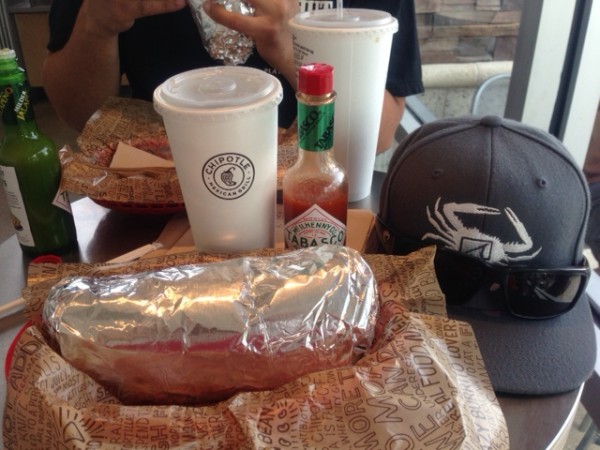 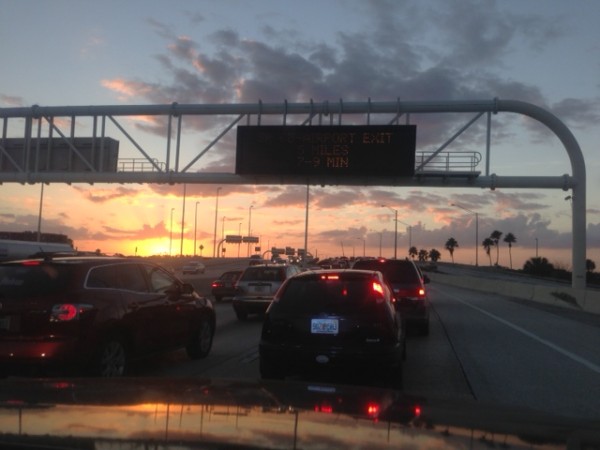 After an hour drive through Tampa traffic. Finally, Warren and I arrived at Bar Fly at exactly 6pm.  Hung up some of my artwork, and off to the bar I went. I took some photos, but then my camera got passed around like a Slam Book. Along the way, someone switched it over to manual focus, and left it that way. Until the camera made it’s way back to me, I noticed it was on manual and put it back on auto focus. So excuse some of the out of focus images. 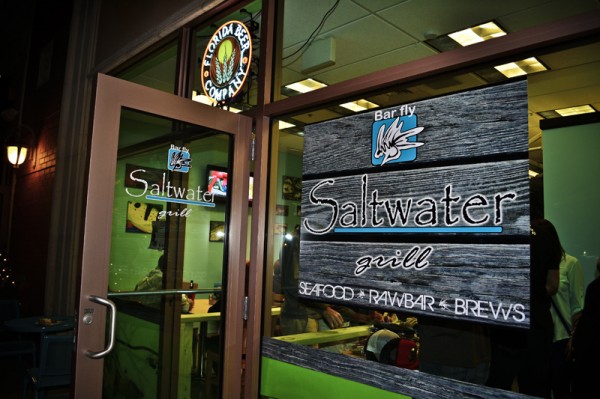 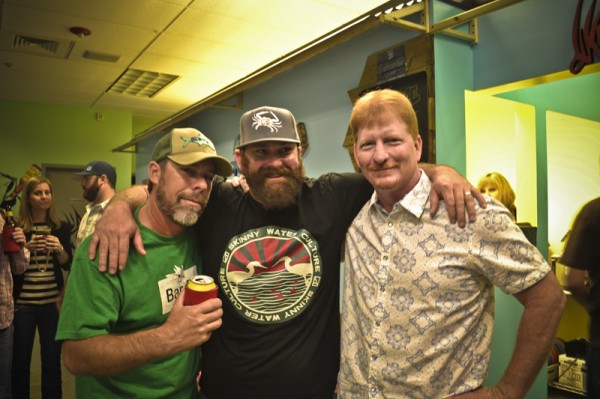 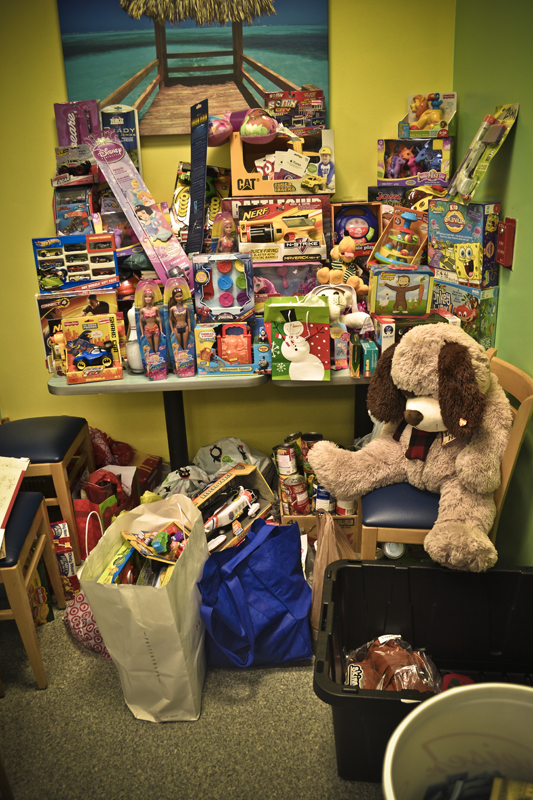 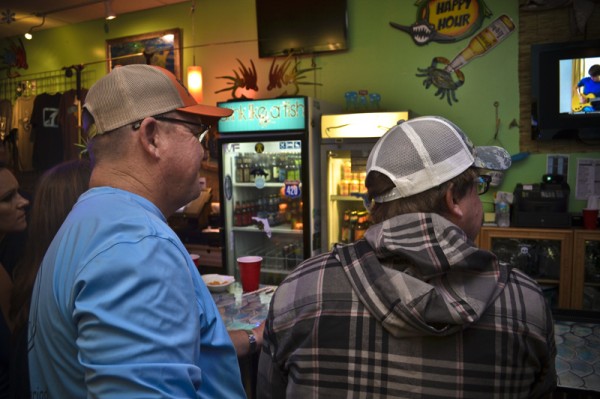 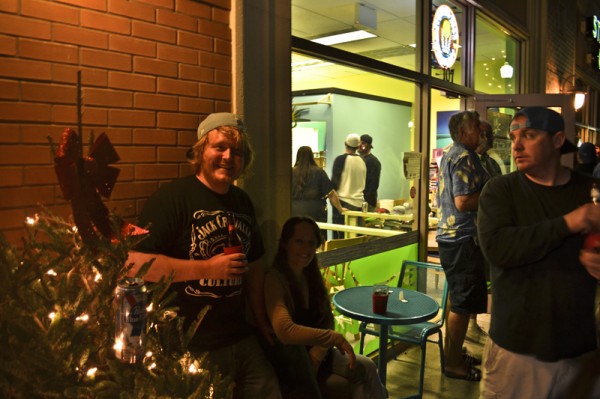 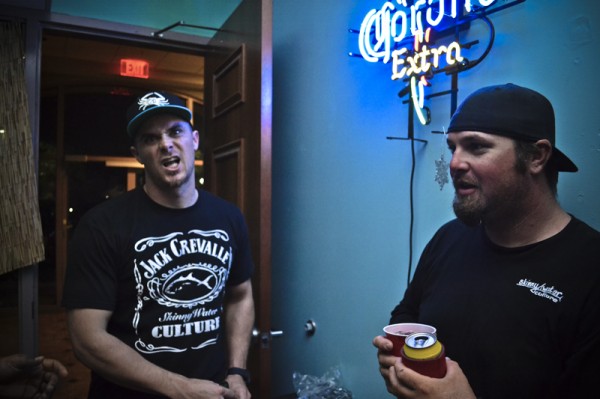 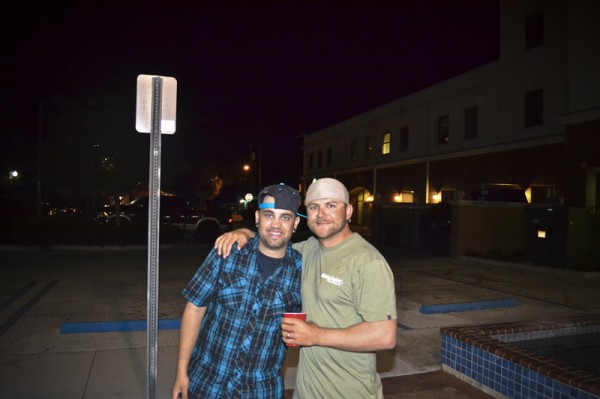 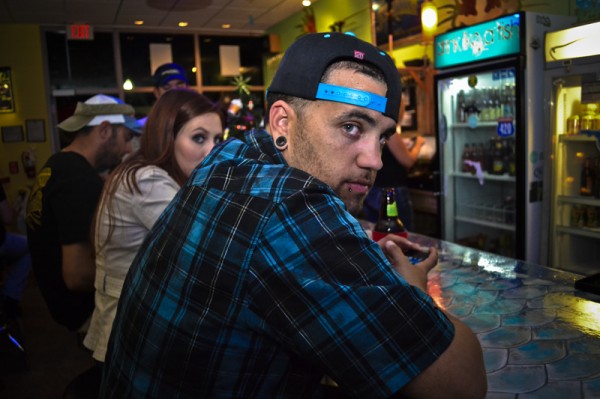 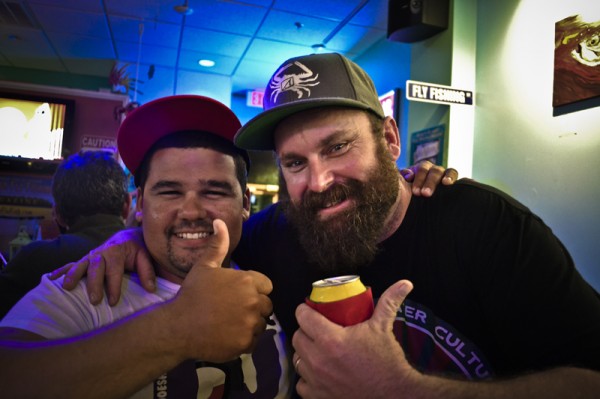 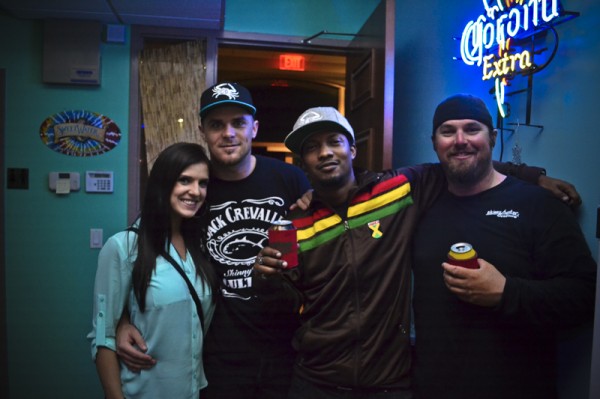 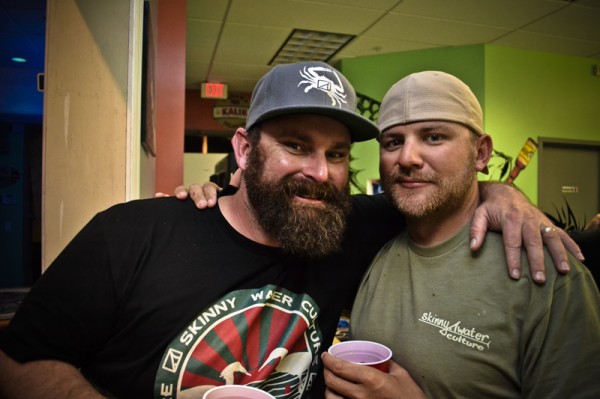 After the party, a bunch of us went back to Vince’s to drink some Whiskey, eat some Burrito’s and crash all over the place.  Sunday morning we woke up, and went to Cracker Barrel for breakfast. I’m sure some of you saw all of our instagram posts that morning…lol After breakfast, Warren and I went over to Alissa’s to pick up my skiff. Then drove to the boat ramp. We launched the skiff and ran to pick up our buddy Mike Cole by water. We spotted a Bobcat walking on the exposed flat. Then we poled around for a couple hours of incoming tide on some tailing reds. Managed to only trick one little guy into eating a fly. If anyone is looking for a guide in Tampa area, give Mike a call. He told us he’d put us on them and he didn’t disappoint. We were surrounded by tailing redfish for a good while.

After fishing, we headed to Sonny’s for dinner with our buddies Mike Cole and John Gordon. Then hit the road back to Miami. Finally arriving at my house in Hialeah at Midnight.

All and all, I had a blast that weekend. Got to meet pretty much everybody, and catch some fish, too.