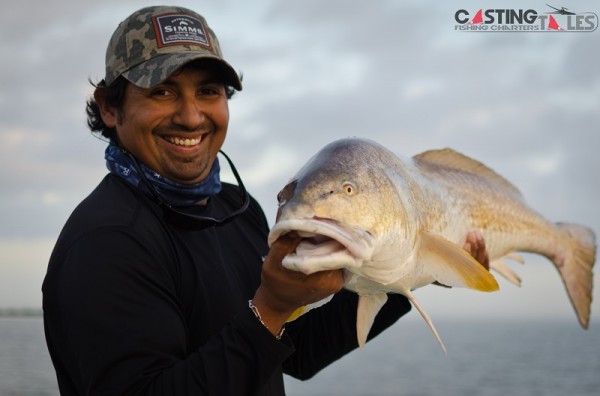 Every time I try to explain to someone what makes the fishery in Louisiana unique I end up at the same moot point. Louisiana is just something you have to experience is what I often recite.

Characterizing Louisiana is akin to justifying why I love to fish to non-fishing folk. An attempt to enlighten the unknowing is futile and a disservice to fishery. The deed takes up too much precious time (time better spent fishing) and people can’t fully comprehend or appreciate something until they’ve experience it for themselves.

“Nothing ever becomes real till it is experienced.”
– John Keats 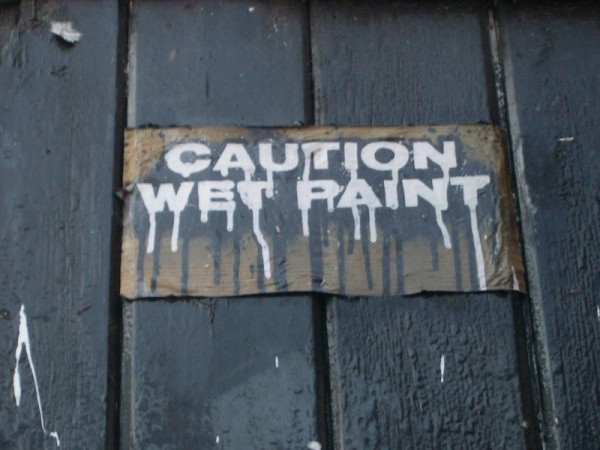 …or they have to witness the grandeur of the Grand Canyon firsthand no matter how many photos they’ve seen. 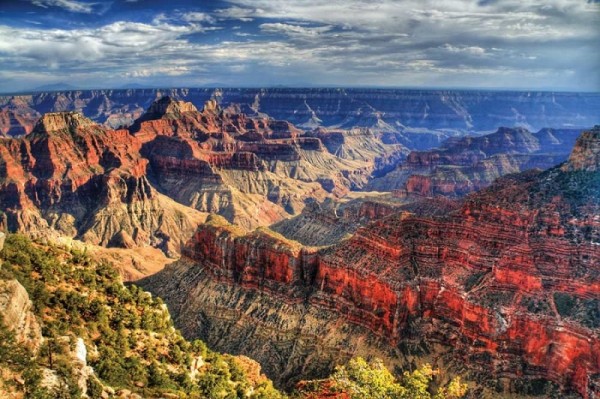 I’ve since relegated to using a four letter word I grew to hate. Hate is a strong emotion, but as much as I hate (there’s that word again) to use the word that starts with e and rhymes with septic, I can’t refrain from using the term in this instance. The term is one of the most overused in the vernacular among teens, young adults and hipsters. Much to my disgust, if there was ever a more appropriate time or place to use the word to accurately portray a fishing scenario of truly EPIC proportions nothing comes to mind.

Louisiana is a undoubtedly the best redfish fishery on the planet. Size, quantity, lack of fishing pressure, amount of terrain, willingness to eat, number of shots, etc., regardless of what metric you use to determine a quality fishery there’s no place that compares.

The expansive marshes of Louisiana consistently produce some of the biggest redfish caught sight fishing in skinny water. The fish are plentiful and gluttonous. An accurately (and many times not-so-accurate) placed fly or lure that even remotely resembles a usual food source is rarely given a second look.

When my buddy, Rob, told me he had a week off from work and wanted to go fishing I told him we’re headed east. I was itching to explore an area I had a hunch would be holding big fish. Without hesitation he agreed to tag along.

I was eager to show Rob the fishery in Louisiana. Rob, a native of the Middle Texas Coast, spends most of his time wading the grass flats for trout and redfish. He had never ventured across the state line to fish.

On the road east I tried to abstain from raising Rob’s expectations too high, but I couldn’t help myself. The closer we got to the Louisiana marsh the more the anticipation built. Before he knew it I was pointing out ditches and puddles of water miles inland and telling him that they were loaded with redfish. By the time we made it to the ramp the joke had already ran dry and were both ready to hit the water.

The first day was a feeler. We had a half day to fish, so I didn’t want to venture too far. I had never fished this area in the winter, but I had a premonition on where a few big fish might be hiding. It didn’t take us long to find a few willing reds. Rob caught several fish in the 10-15lb range along with some smaller very respectable fish for back home He also landed a huge black drum. We saw a few larger fish, but we still hadn’t found what we were looking for. 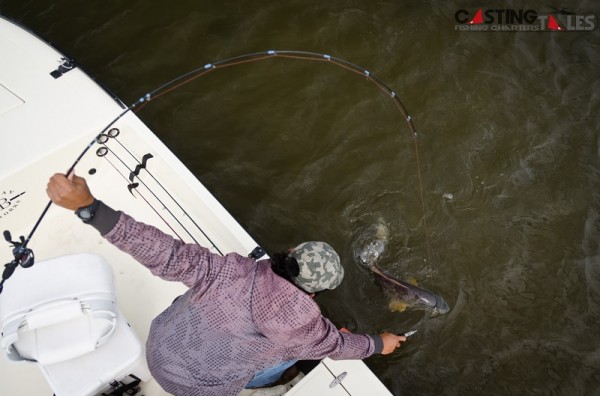 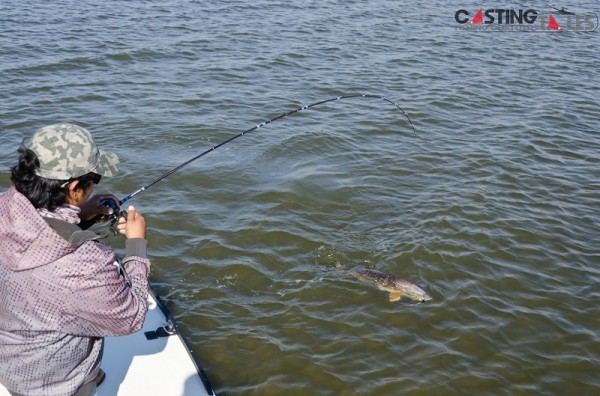 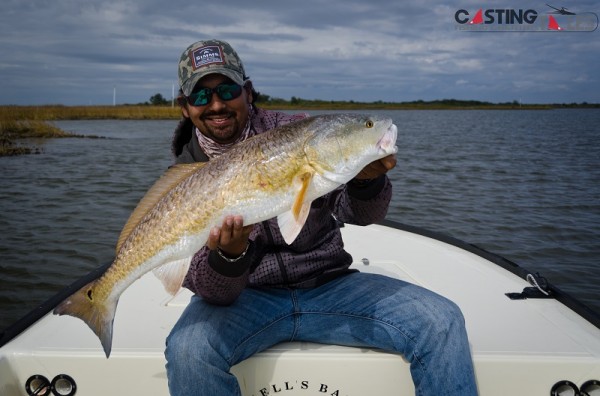 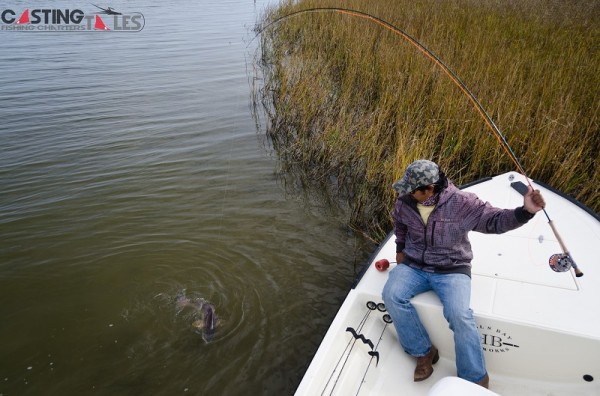 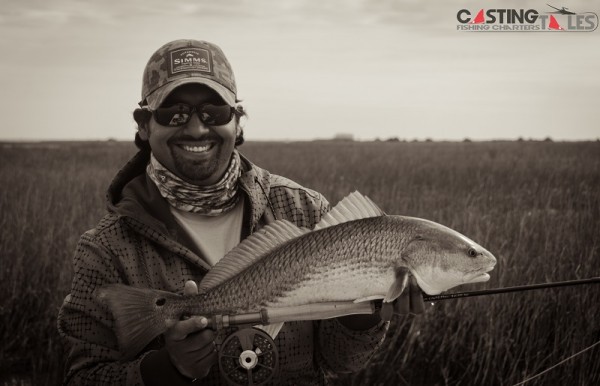 Toward the end of the first day we found an area holding a bunch of big fish. The day ended with Rob casting at a huge black drum tail right before dusk and out of nowhere, like a scene from Jaws, a redfish exploded on Rob’s lure on the surface and never slowed down. A few seconds later his rod went limp. We looked at each other in disbelief. He reeled his line with nothing attached. 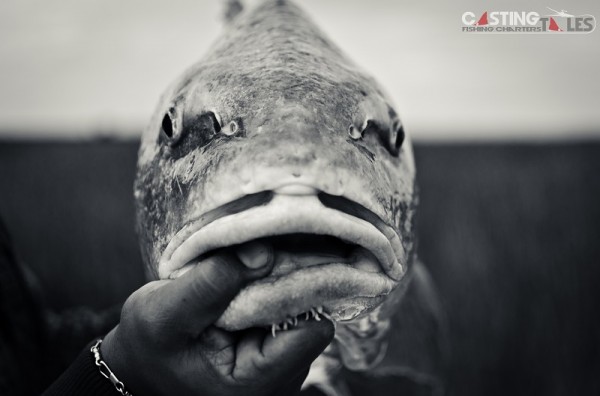 Day two would start slow, but once we figured out where the fish were positioned we were quickly covered up in bulls. We caught big fish after big fish. The conditions were perfect and the fish fed all day long. The highlight of the day was watching a school of bull reds crashing through big horse mullet (like schools of jacks) in a shallow ponds. We caught quite a few big fish including several pushing over 40″ and the largest fish of the trip. 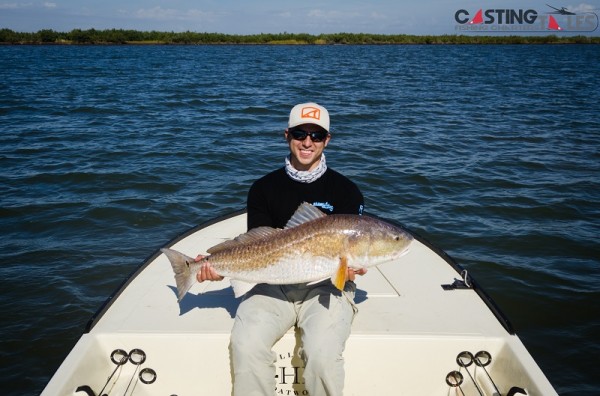 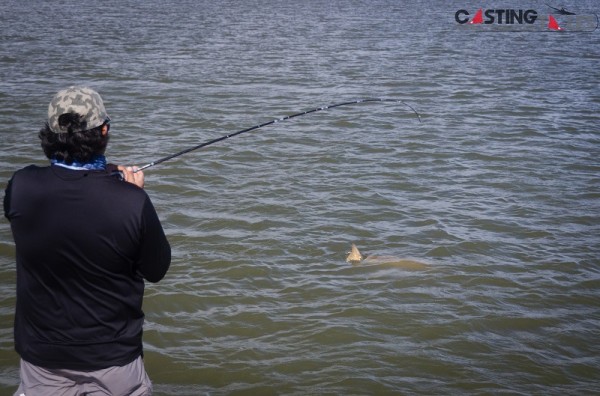 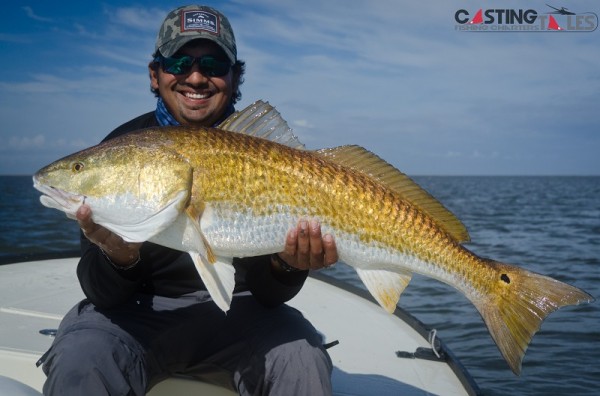 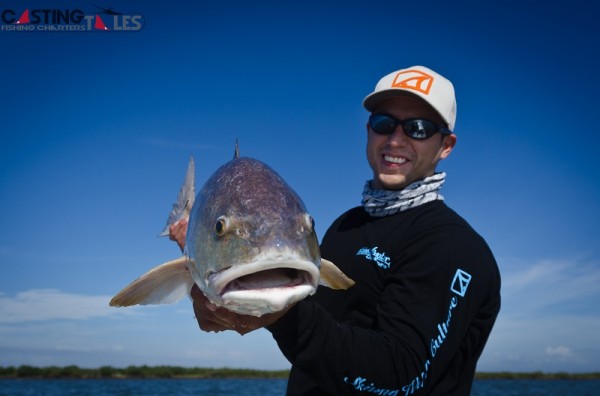 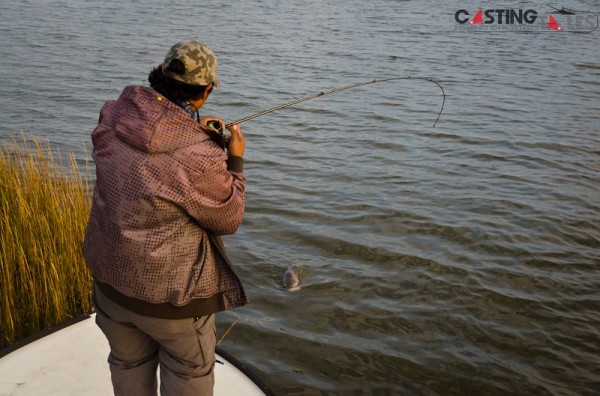 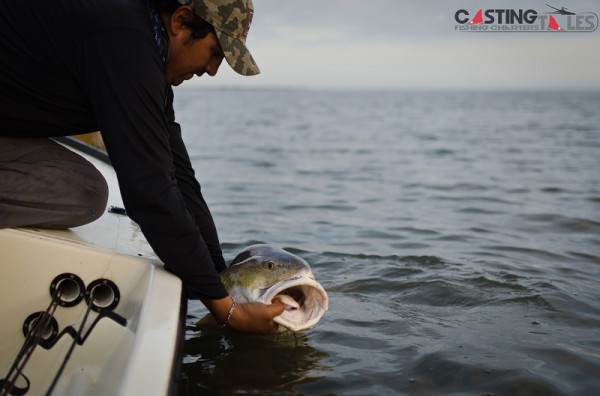 Largest fish of the trip. 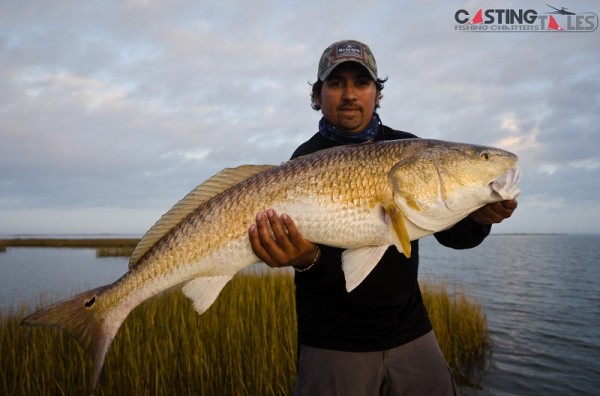 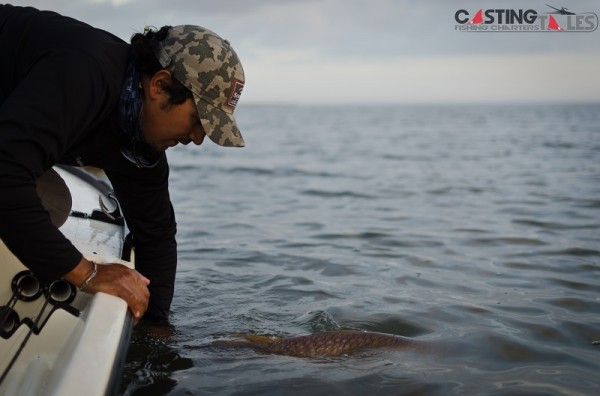 Overnight a bunch of heavy fog rolled in on day three. We got a late start because we waited for the fog to lift. We started the morning catching a bunch of small fish. Shortly after we started more fog rolled in. Once it lifted again we made the decision to fish an area closer to the ramp because we could see another wave of fog not far behind.

The fog caught up to us about the same time we made it to the next spot. The water was clear and we quickly spotted a few fish riding high. We also ran across more fish exploding through schools of mullet. We caught several nice fish in the fog including some of our biggest fish of the trip. A great ending to our three day scouting trip.

I had a moment of carelessness and accidently deleted all the photos off my DSLR from day three. I had some great shots while fishing in the fog. All you’re left with is a couple shoddy iPhone photos. 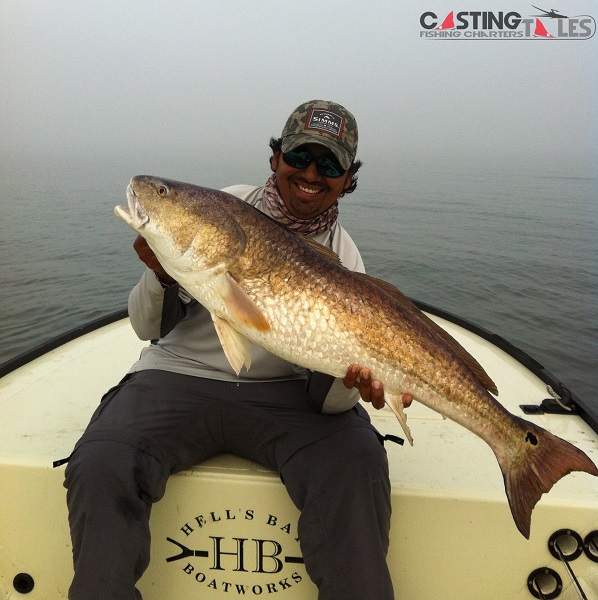