After a slow morning looking for hungry fish on the flats, near Gasparilla Sound, we were ready to call it a day. Bryan, Courtney, and myself had put in some hours blind casting the 8 and 9wt fly rods into the wind. Sore hands and blisters were common on the boat that day. With the wind blowing the water into the harbor it was a hell of a high tide. “Lets try one more spot, when the tide starts to fall, maybe they’ll turn on…”, Capt. Bryan said. 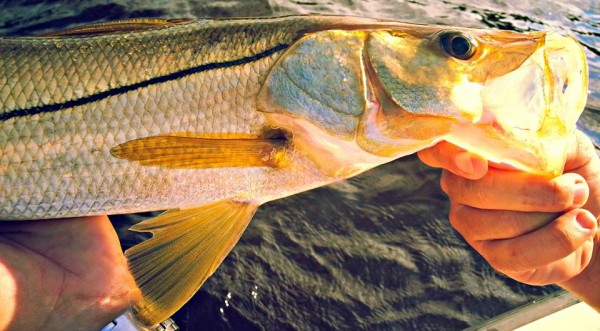 I slid the anchor into the water, we sat just off a nice looking tree-line. Then a sound I hadn’t heard in a while, the beautiful “pop” a Snook makes when he inhales a sardine accompanied by a gallon of water. Even guides can get excited about this after a long, slow, day in the shallows. Bryan grabbed the closest rod to him, a light spinner setup, adorned with a white lady Sebile stick shad on it. It hit the water next to the mangroves, inches into the shadows of the waterlogged trees and BOOM, fish on! The bite turned on after that. We had no bait on-board, but the sight of the Snook blitz looked like we just tossed a net-full of chum into them, it was awesome! Courtney and I immediately grabbed the fly rods. But the crab/shrimp patterns we had on for Redfish just weren’t what the fish were looking for. Bryan landed his first Snook and released it while I was rummaging through the fly box. After another yell on the bow from him, “hooked up!”, I quickly tied on a sardine pattern. I had tied this particular pattern with large dumbbell eyes for weight. 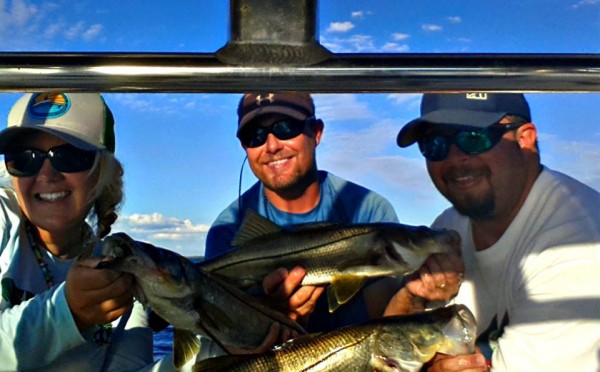 I handed the rod to Courtney and didn’t need to point anywhere particular. The snook were destroying the small bait pods that swam near the shadow-line cast by the trees. It didn’t take long for her to hook-up on the wand. 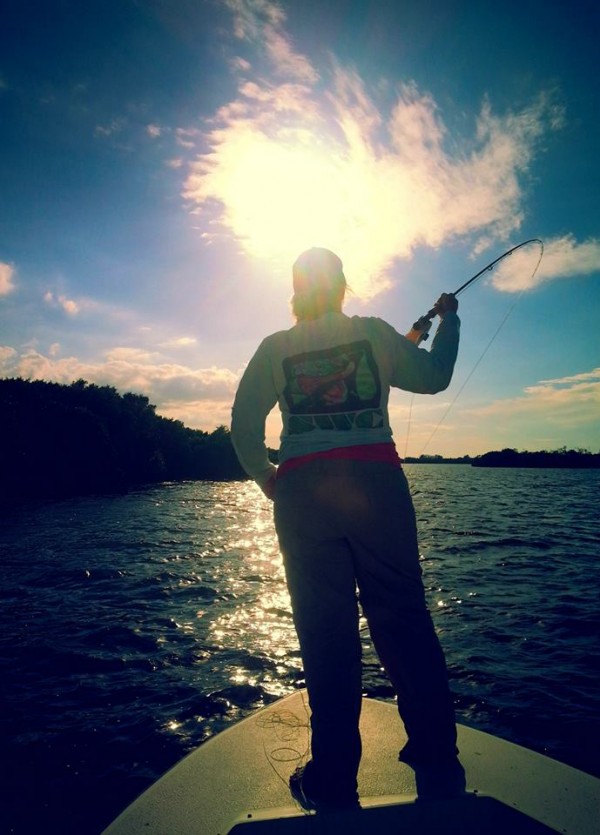 After putting the same fly onto my rod, I waited until there was some room up front, and nudged my way up on a crowded bow to make a cast. Bryan had just released his second fish on the spinning rod and was grabbing a fly from my arsenal. After a few casts, and a couple of “quick release” fish, we had all landed two on fly each and a few more on the Sebile stick shads. 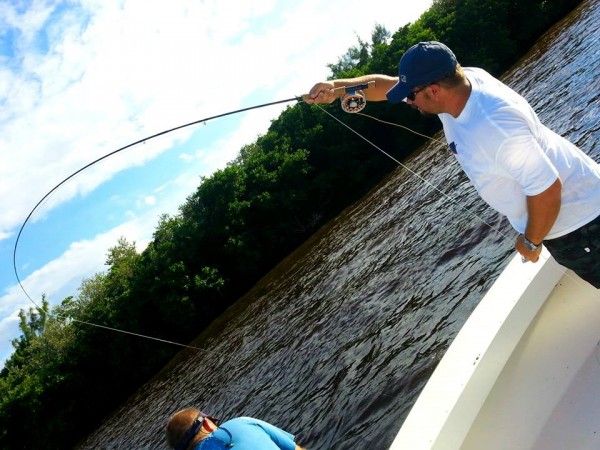 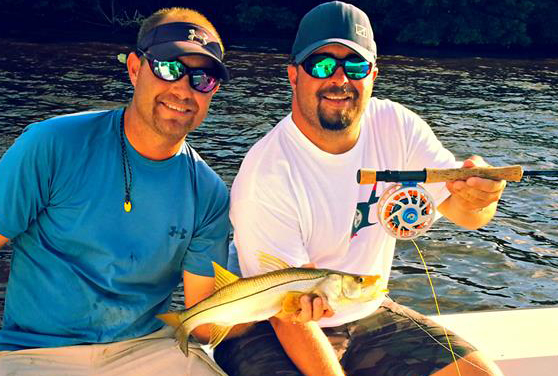 The snook we landed were all just under the slot size, but we did have a few that might have been larger. However, I like them all, no matter the size. 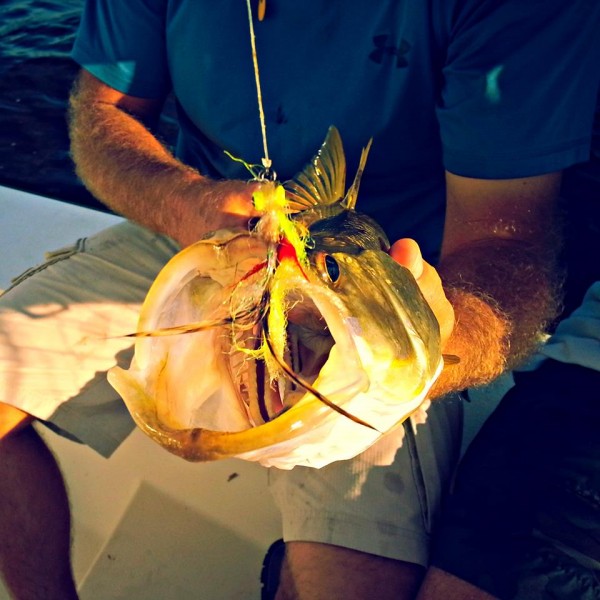 The heavier fly might be a little tougher to cast, but I think with the “jigging motion” a weighted fly makes., it might have really made a difference that day. After a break-off, I tied on a lighter sardine pattern on, and had almost no luck with it. We had already caught over a dozen fish, so maybe that was it, but I wasn’t too sure. Usually, it’s the small details, that can make an okay day turn into a great day on the water. We put in the time and waited until the fish were ready to eat. The right lure, with an accurate cast, was the key. Out here, most of the time, you have to earn it. The temperature is dropping now and the fish are turning on big time. Get out there and catch’em up!