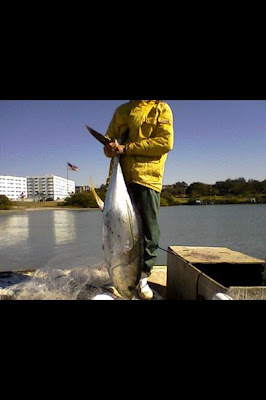 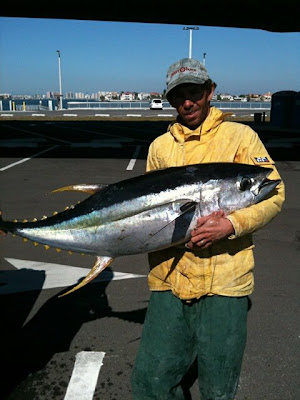 Well, I couldnt believe it myself, but it’s for real. Captain Skip Miller sent me the image from his Iphone, that was taken at the Belleair Boat ramp, about a half mile from where the fish was caught.

The fish was chasing Mullet as a Mullet netter was standing on a very small residential canal bridge. He thought it was a cobia and threw his net to try and capture it. The net hit the fish in the head, and when it took off he thought it looked like a Tuna! He called his friend, who was down the canal and told him that he thinks he spooked a Yellowfin tuna down that way and to keep his eyes open. The guy in the Mullet skiff ended up netting the fish! This is for real, and it is UNBELIEVABLE!
Share
Share on Facebook Tweet on Twitter Pin on Pinterest
Back to Blog