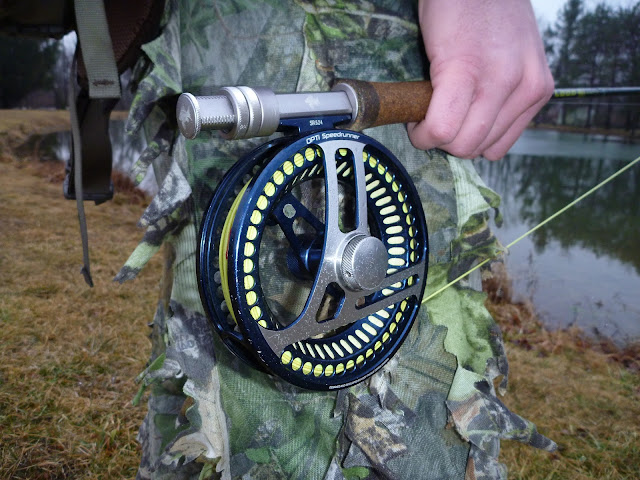 There comes a point in every fly fisherman’s maturation when they naturally develop a sixth sense. This can found on the trout stream where a nymph fishermen senses the unseen to set the hook on a nice trout. It can also be found on a flowing river as an intruder settles deep into a swing. The fishermen is completely aware of the flies position beneath the water and senses every bump, twitch, and change in water dynamics while anticipating a strike from an eager fish. For a carp fishermen that relies heavily on vision to stalk, present, and watch a carp eat their fly, the sixth sense comes into play when the aforementioned scenario is impossible. You develop an uncanny feeling of knowing when to set the hook. In the carping game, the slow development of this sixth sense can make the difference between success and failure.

When Adam gave me a phone call to fish some local ponds for the last two hours of light, I decided to give it a shot despite just getting home from Delaware. When we arrived, Adam told me that the hot color in the morning that got the fish’s attention was chartreuse. In the cold, I tied on a small blood dotted chartreuse glo bug and headed to the clear pond that is home to some good sized fish. In the morning, Adam warned, there had been no action. With the pond still half covered in a layer of ice and a heavy overcast sky, I had zero expectations. As I rounded the first corner to check the most productive area, I could see the mud clouds emerging from the depths. The fish were active despite the temperature being in the thirties and my expectations suddenly went from nothing to full on, I am catching one of these guys.

I settled in on an area where a channel catfish was hard at work digging into the embankment. This muddied the water severely, but I could make out the tell tale outlines of carp coming into the discolored areas from the deeper water. I blew my first two chances as I got carp blocked by an eager sunfish and later sent my fly into the trees. On the third chance, I spotted a nice fish cruising about three feet below the surface of the water. I presented the fly with a five foot lead and soon lost the size 14 egg in the abyss. With my sixth sense kicked in, I watched the fish making his way to my descending fly and patiently waited for any signs of a take. Maybe it was a minuscule change in the carps direction and body language, or maybe it was just the fish getting on top of the zone, but that feeling kicked in and I subconsciously found myself setting the hook on some February gold. 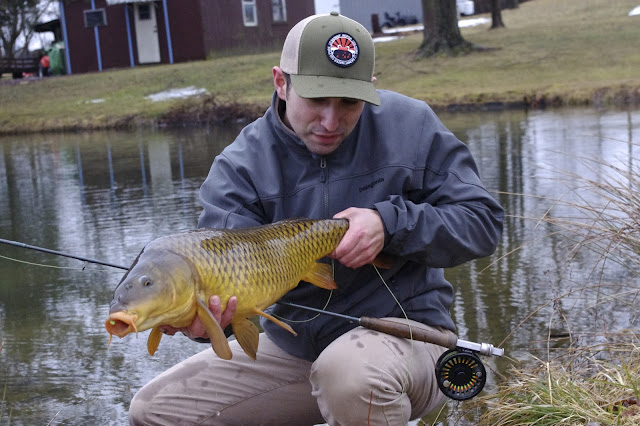 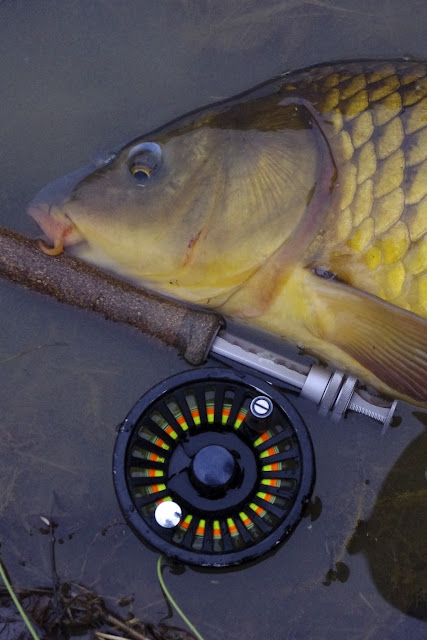 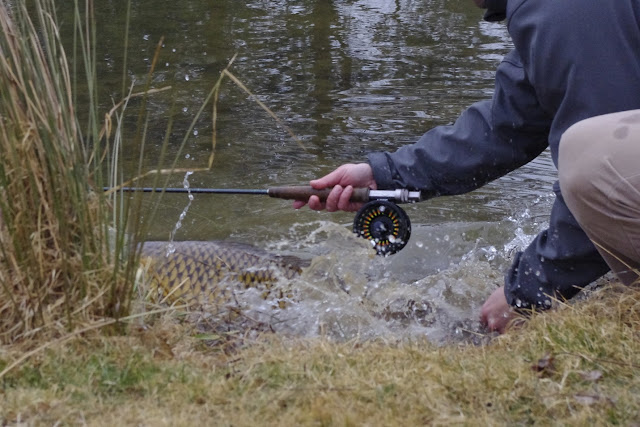 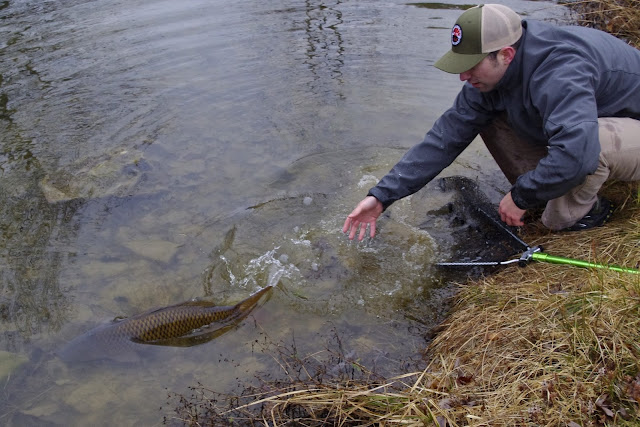 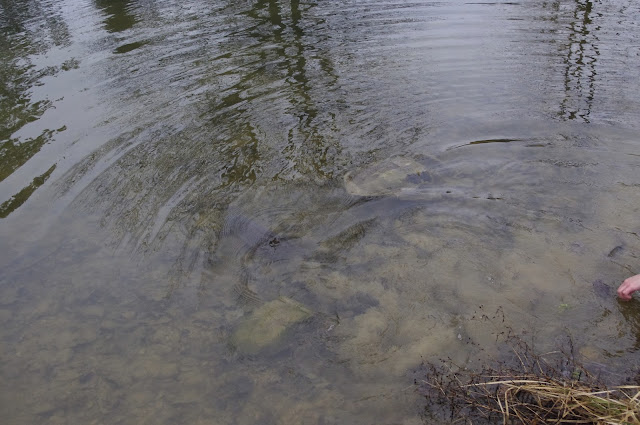