Simple Is, As Simple Does

Over the past two months, my top carp fly has experienced a slight change from subsequent seasons. Normally, my “go to” fly in the early spring is a sucker spawn pattern tied from sizes 10-14. Although highly successful over numerous years, I wanted something a little less intrusive and simply more versatile in fishing the entire water column. My big complaint came from the sucker spawns inability to catch educated carp anywhere but the bottom. This is due to their sinking rate once they become saturated with water. I’ve since transitioned to using small glo-bugs, or “the easiest fly to tie of all time.” Since the change, I have yet to tie a sucker spawn on. A simple size 14 glo-bug can effectively fish the entire water column for carp and it is incredibly productive.

In order to fish the entire water column using a glo-bug, you will have to adjust the amount of saturation of the fly. A fresh, unsaturated glo-bug will float, hover, and sink really slow, which is perfect for laid up fish on those clear sunny days. If fish are prowling below the surface, I’d saturate the fly, which will cause the pattern to break the surface film and slowly sink towards the bottom. By timing the descent with the speed of the fish, you can easily intercept them and offer an easy meal to a cruising carp. To get the fly to the bottom faster, I will rub a saturated fly in mud or detritus to give it some extra weight for a deep dwelling fish. For on the fly changes in saturation, I like to pinch the water out of the glo-bug in between targeted fish. Depending on the scenario, I can cast a slightly saturated fly, quickly dip and cast for a higher sink rate, or false cast a few times for an unsaturated presentation. Using these techniques, you can effectively fish for carp near the surface, in the middle of the water column, or to mudding fish on the bottom. 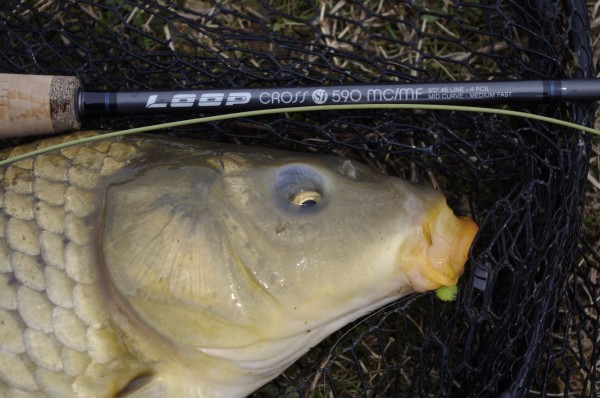 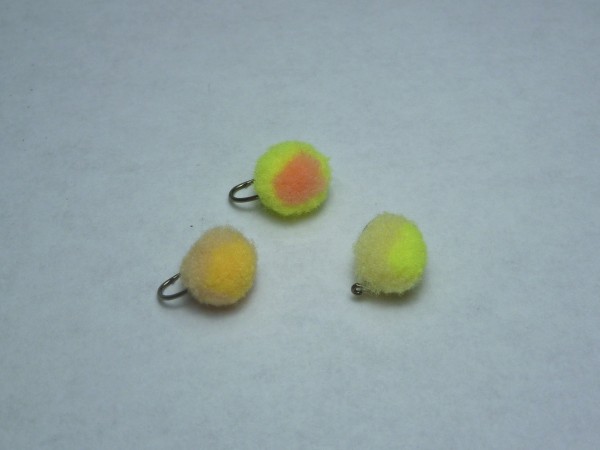 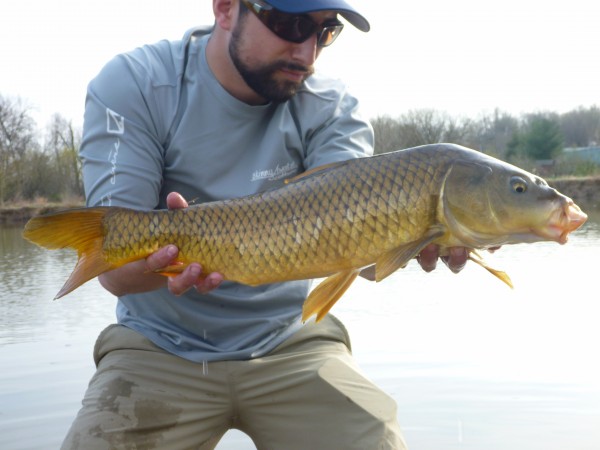 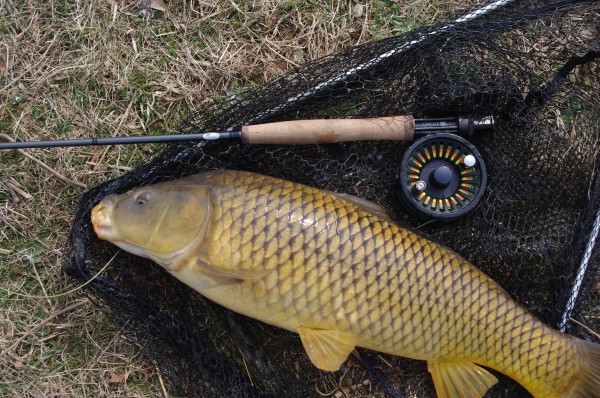 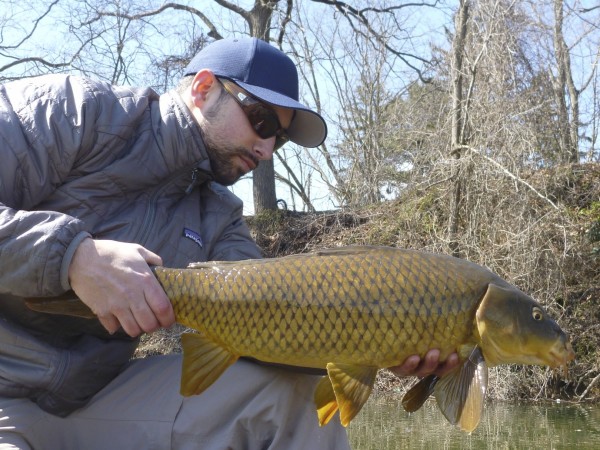 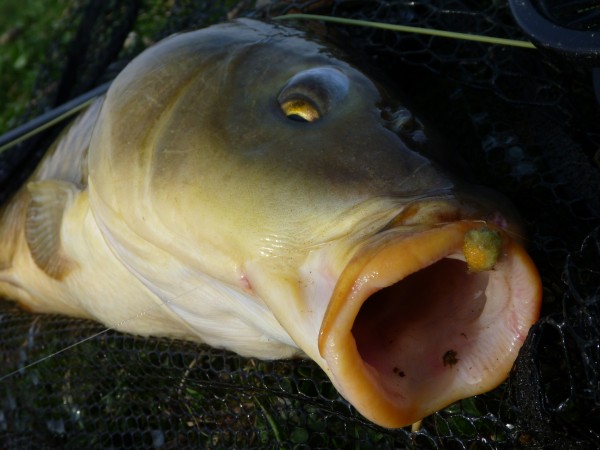 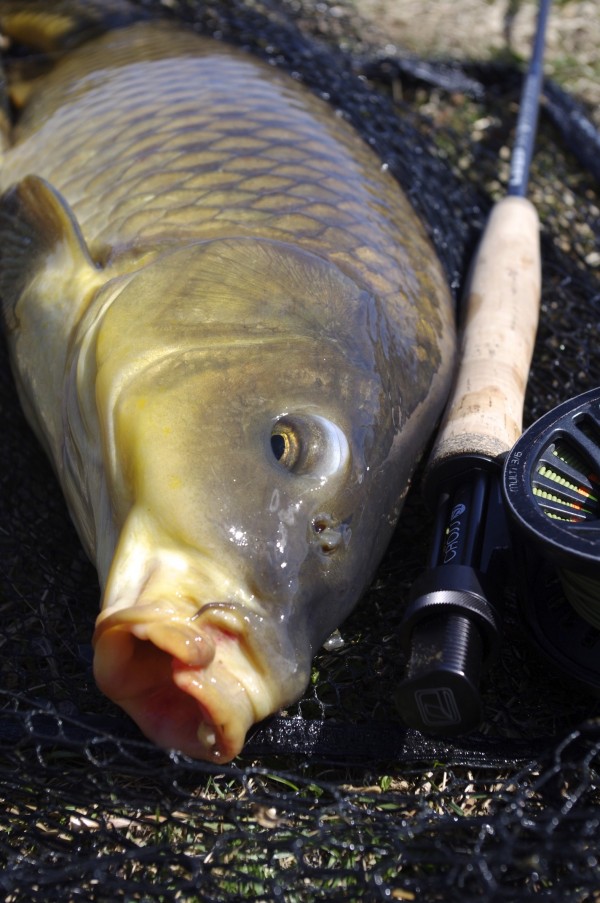 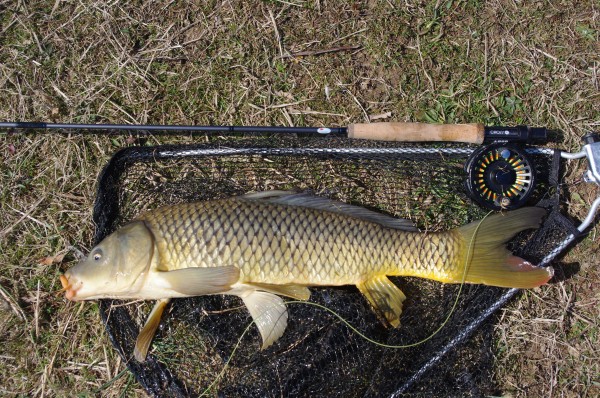 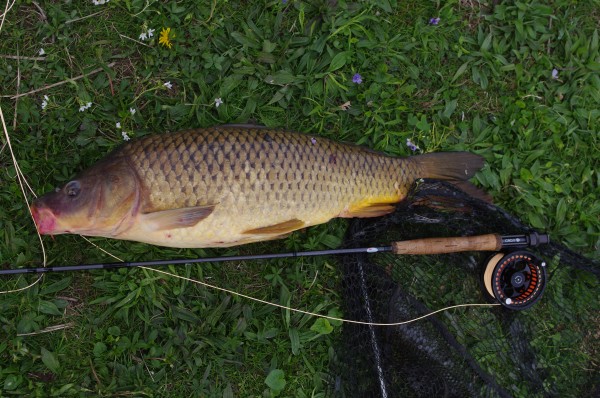 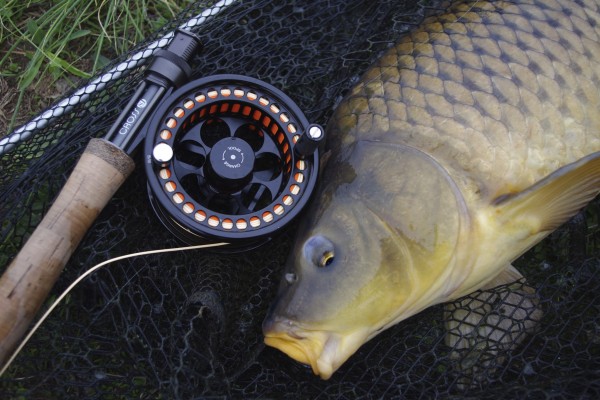 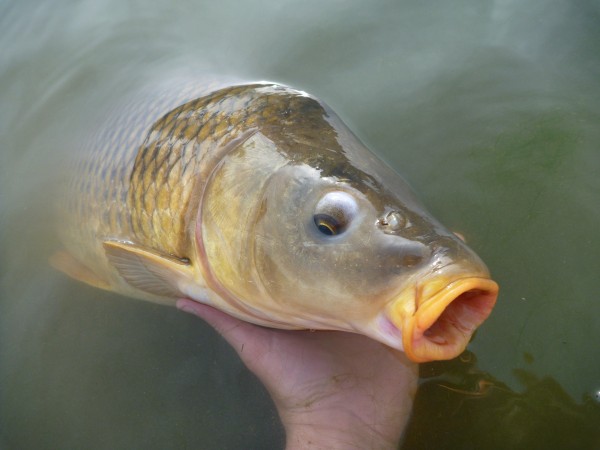 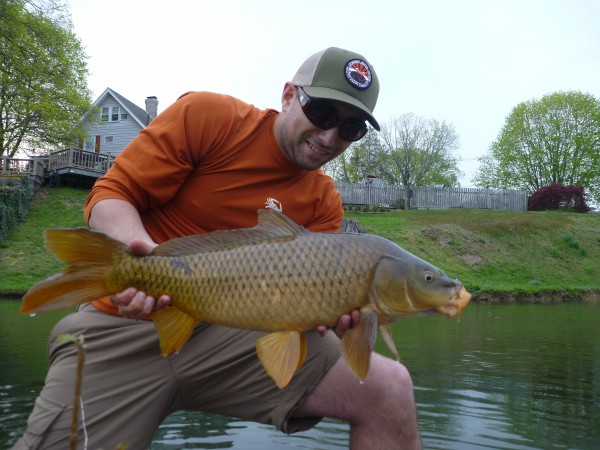