Last month, on our way back from fishing the Herman Lucerne Memorial Tournament in Islamorada, my buddy Mike and I took a trip deep into Everglades National Park to fish for some river poons with Capt. Bob LeMay. 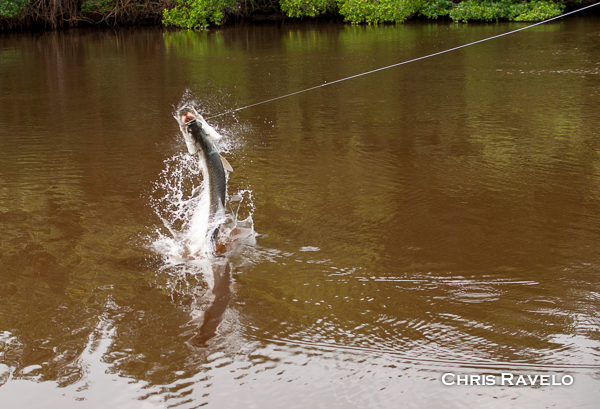 For the most part, the fish we were targeting were smaller fish, but we spotted some big girls too. The first few spots we checked were not promising. We saw fish here and there, but they were not active, and couldn’t be persuaded to eat. Luckily we finally hit the mother load in a place where the tide was doing exactly what Capt. Bob was hoping for. It didn’t take long to hook up.

We were using black Tarpon Snakes. Bob designed this fly, and has a pretty interesting story about it’s creation. The pattern was kept secret for a number of years, but eventually became pretty popular. This is the smaller of 2 sizes we used that day. 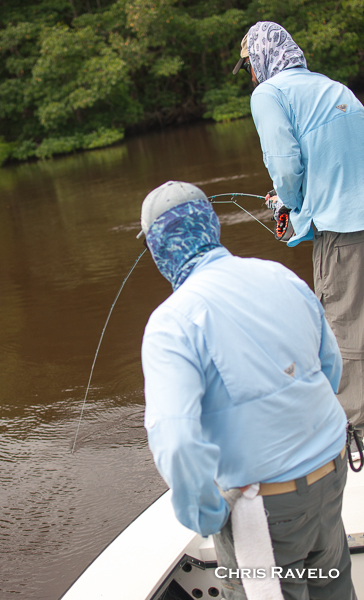 This is about the average size of the fish we caught. They weren’t huge, but they sure did put on some pretty spectacular arial performances.

We caught a couple, lost more, but had a blast deep in the glades’ rivers that day. It was overcast all day and none of my pictures came out great, but I thought this pair of pics were pretty cool. Right after this….. 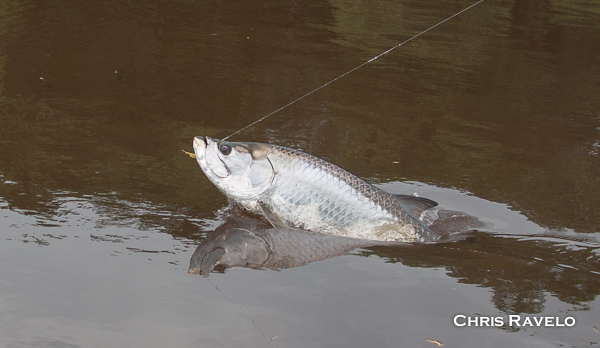 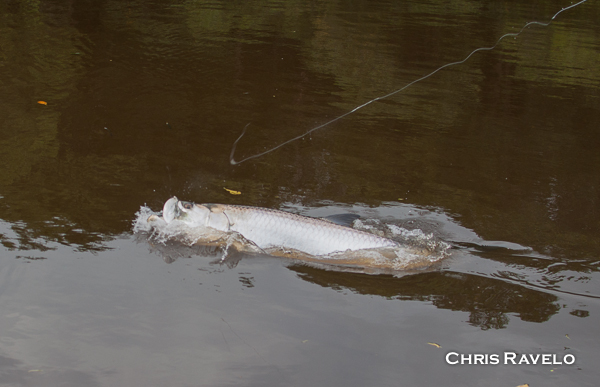