The weather man was calling for low winds, but cloudy skies, so my buddy Ramiro and I made the two hour trek down to Everglades National Park. Only to be greeted by strong 20mph winds, so we headed for cover in disgust by the once again wrong forecast. The wind blew all morning, we kept at it and it paid off. 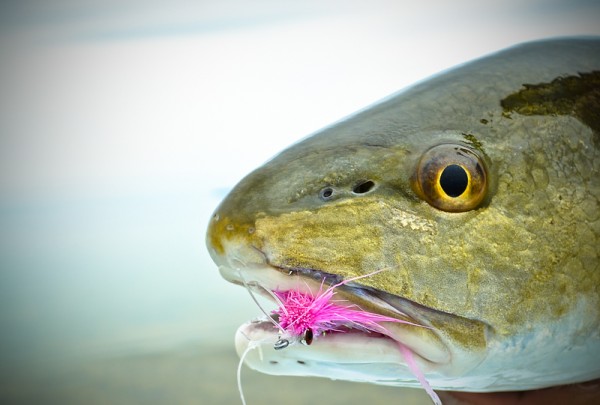 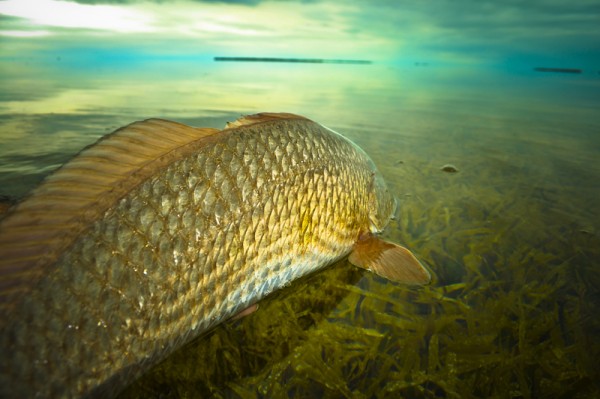 We worked a protected shoreline for quite a bit. I managed to get an eat from a nice 10lb jack, but didn’t get the hook to stick. Then managed to get a dink rat red minutes later. After exhausting all of our options for sheltered areas, we were forced to just head for open flats, and use the wind to aid us in the direction it was blowing. We missed some eats on a few scattered tailing reds, and at about noon, decided to make one last stop before calling it a day. Shortly after arriving at the last spot, the clouds passed, winds laid down and the bay become a sheet of glass. The tails began to surface. 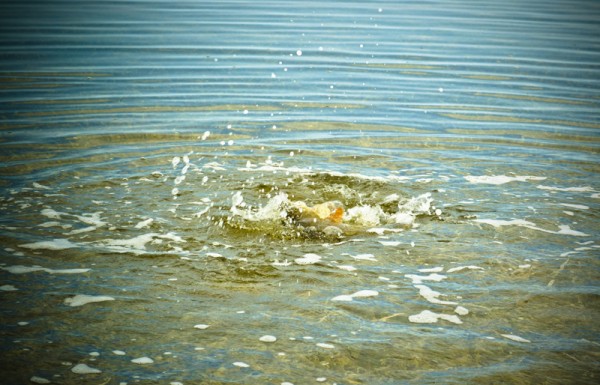 Every little while, another string of clouds would come by, and the wind would kick up to about 10mph, and the fish would hide out. But once the wind died back down, the tails would rise again. 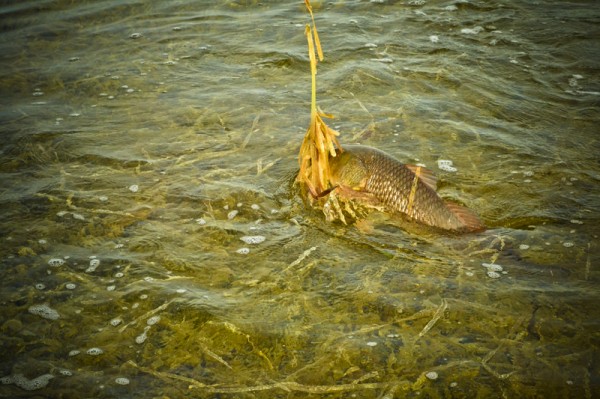 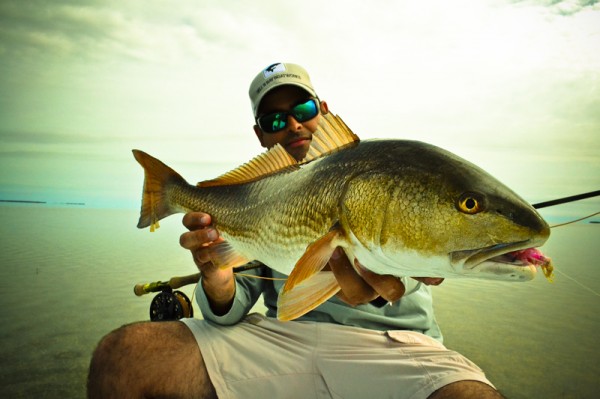 This one was spotless. 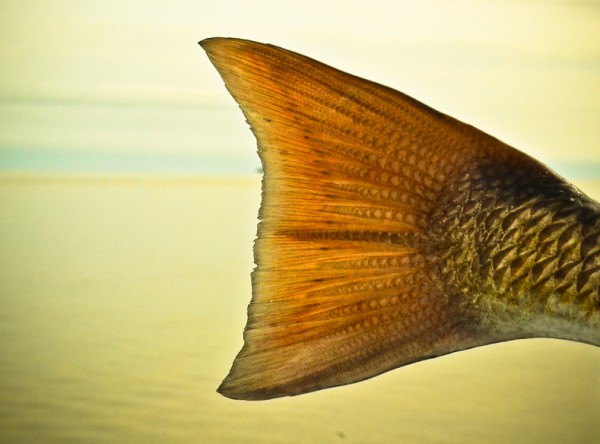 Taking turns, from fish to fish for the next few hours. 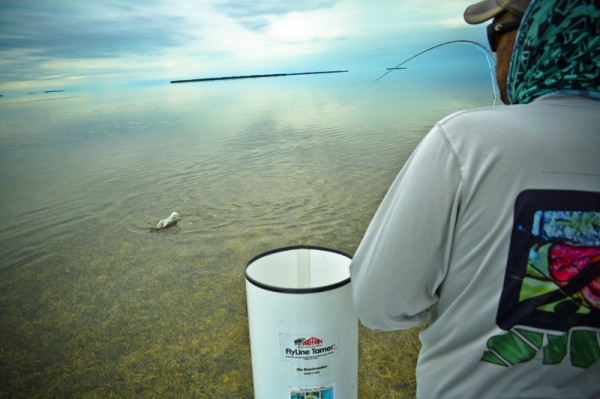 We would pole around for 15 minutes of slight wind gusts and no visibility until the clouds parted. Then we’d spot the fish a few hundred yards down, and make our way toward them. 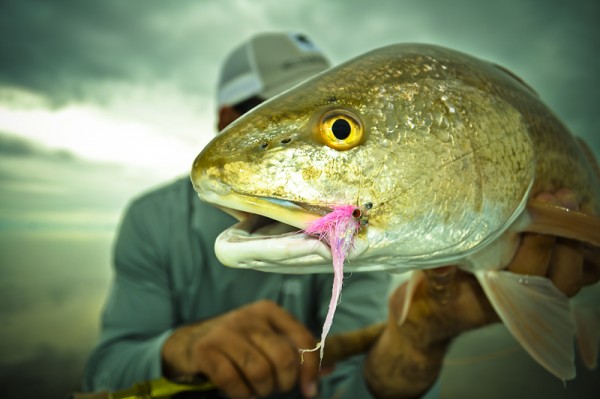 This one was rather dark in color. 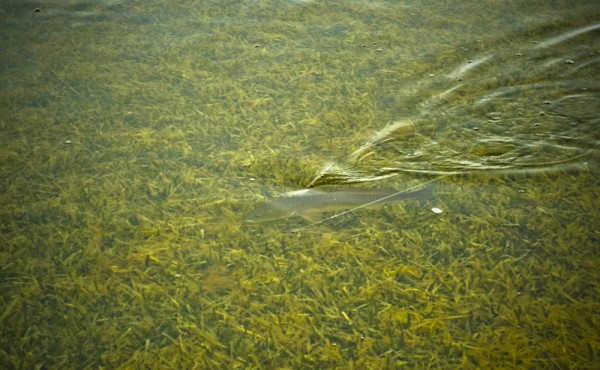 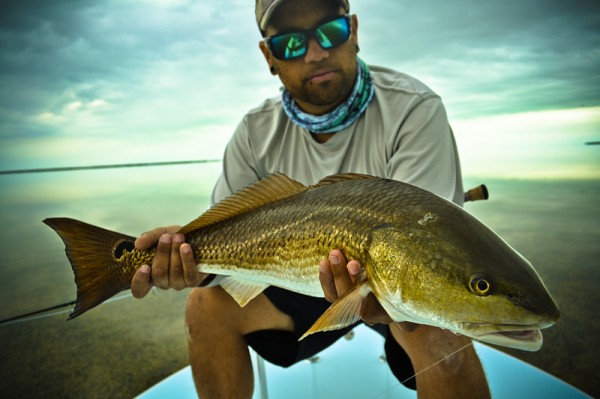 Finally, we got chased to the marina by rain and high winds, so we made our way back to civilization. The two hour drive is sometimes brutal, but just being in Florida Bay makes it all worth it. I’ll take it.

It’s a long road to the park entrance….. 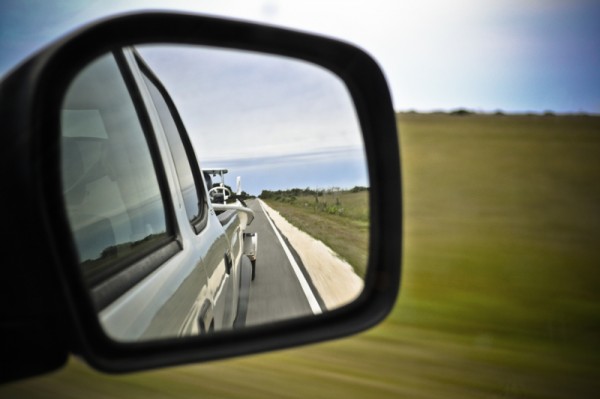