Today’s forecast called for low 80’s, winds east at 10 and clear skies. I had my charter cancel for the day, so, I did some sweet talking and got Chris to change his plans to go chase permit with me. Days like this are few and far between, so it is crucial to capitalize on the weather window that was provided. Somehow the weathermen didn’t have their head stuck in their ass and actually made an accurate forecast. 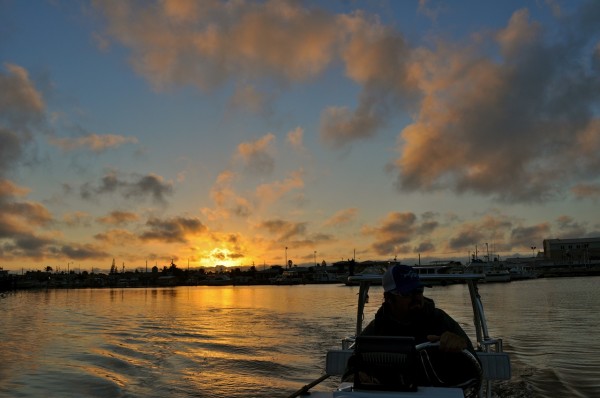 Right off the bat we had a decent amount of cloud cover, but, by 8:30 there wasn’t a cloud in sight. We fished hard all day and covered quite a bit of water. We had some great opportunities at some even greater fish but it didn’t pan out perfectly. Not once, but twice we were robbed by jack crevalle’s while a permit was inspecting the fly. The permit sank on our fly, we came tight, thought we were hooked up to the man until we saw a yellow forked tail zooming away instead of a black tail. WTF?! They are ridiculously fast, and absolutely starving to death. They will eat just about anything if you get it in front of them. We did have the last laugh though at a one of the jacks as a big lemon shark made a quick meal out of the struggling fish. Peace out sucka! “He’ll never do that to me again .”

Nearing the end of the day, we headed off to check out another area. We poled the edge of a bar and found a few fish. I had a shot at a pair of permit. One big fish and one smaller fish. I landed the fly right in front of the lead fish. I gave the fly a bump and he was on it. And, after a little convincing, I felt him pick it up. I set into him and it was on! The fish took off and got pretty deep in the backing. After hooting and hollering a bit, it was time to pay attention. After a good battle, we got the fish to the boat. As the shock wears off, the feeling is pretty unexplainable. It almost seems surreal. You work your ass off for every shot you get to chuck a fly at these fish knowing that the fish probably isn’t going to eat the fly, and when it actually happens and the fish eats, it is by my understanding all due to your timing. You simply just find the right fish at the right time and get a little lucky.

Permit fishing is by nature the definition of insanity all by itself. Anything and everything that can possibly go wrong does, and that is just part of the game. It’s not for the faint of heart. You absolutely must love being abused if you like this game. It will beat you down mentally at at times and test your every nerve. But, sometimes, those little bastards make a bad decision and eat the wrong crab. And when it happens, the memory will be forever remembered. 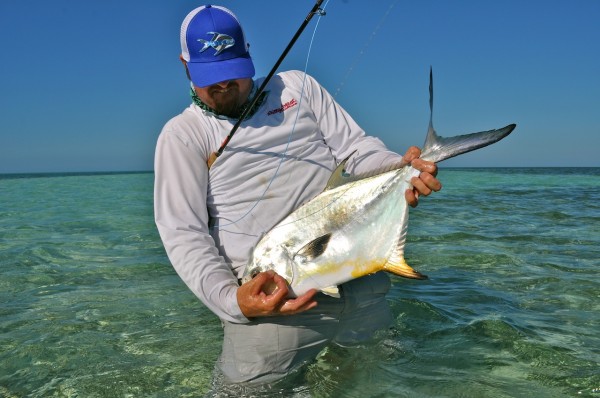 All photos by: Chris Lewis