The word for perch in Swahili is sangara. Each day, we went out in the hopes of catching a sangara kubwa sana, but the very big perch eluded us. Instead we caught a bunch of babies, relatively speaking. Sangara kidogo. 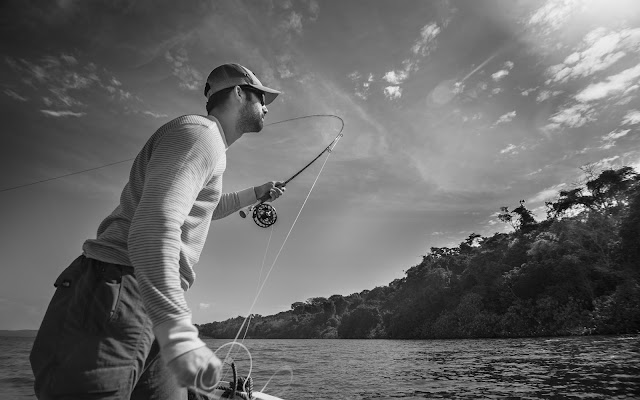 Nile Perch can get gigantic. In March of this year, a woman landed a 93kg fish, above 200lbs, while staying in the same lodge as us. Our hopes were high each time we stepped into the boat, but while we caught multiple fish on each of our trips, the slammers were not enticed by what we had to offer. 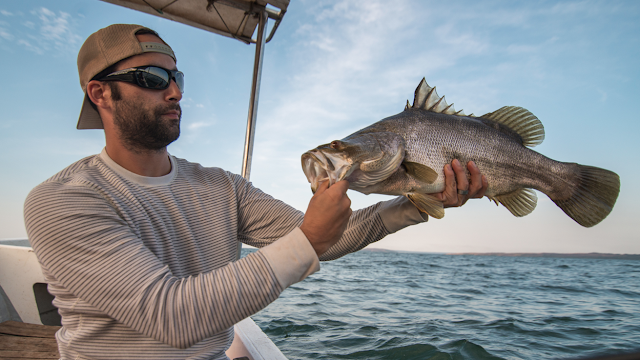 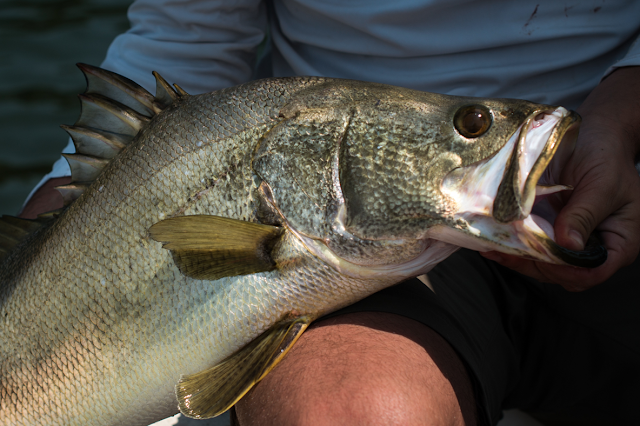 They’re undoubtedly a good-looking animal, but what they’ve done to the lake gives them an aura of menacing potential power. Their red, dead eyes tell you that there is no one home, and the state of the lake is no more their fault than it is the fault of the sun when it burns you. 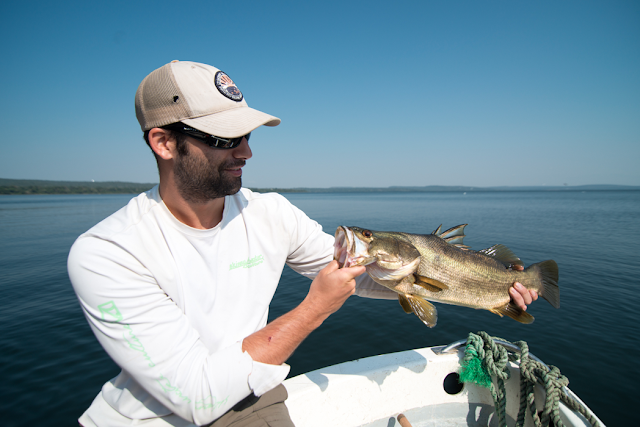 The smallest fish we caught was perhaps 8lbs, or 3.5kg. Even at this size, these fish have a lot of heart. This one might be just safe from cannibalism, but a 200lb perch probably has an equally big mouth. Most of the other fish we caught approached 20lbs, or 8kg. 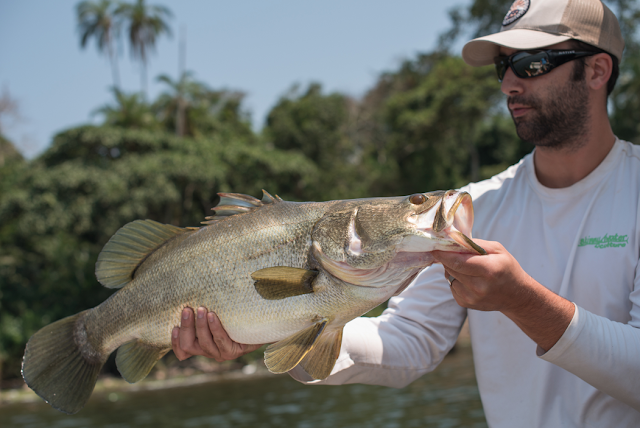 Nothing will explode your serene scoping of the shoreline, or cease a deep conversation by slamming your senses into the present moment like the take from one of these fish, felt through the rod you pretty much forgot you were holding. I guess that’s trolling; long sequences of storytelling, day dreaming, nature watching and conversation that gradually draw your senses away from what you’re actually hoping will happen. The greater the distance removed, the greater the shock when you’re brought back.

It’s a fun and social way to fish, but it’s nothing next to the fly. 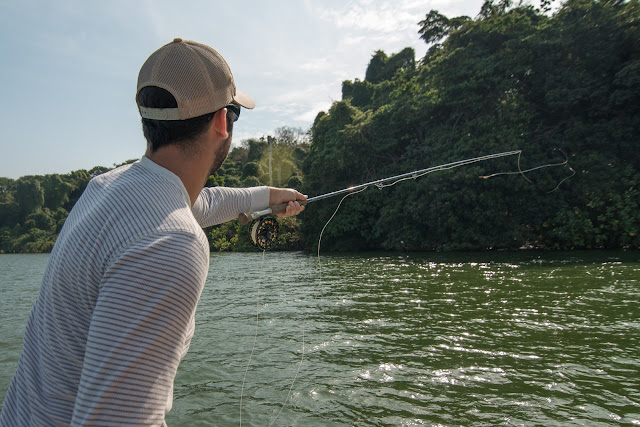 There were 4 of us on the trip and a goal was to ensure that everyone caught a fish. With mission accomplished on trolling and spinning tacke by the morning of day 2, the urge to pick up the long rod increased. The only thing stopping me was the fact that everyone else would have to sit and watch while I fished from the bow.

On the last day, with everyone satisfied, I was able to pick up the 10wt and not feel guilty about everyone sitting and watching. This also meant I got to be the casting model for Pete and his camera. With the right expensive camera, even I can be made to not look completely like a bumbling noob. 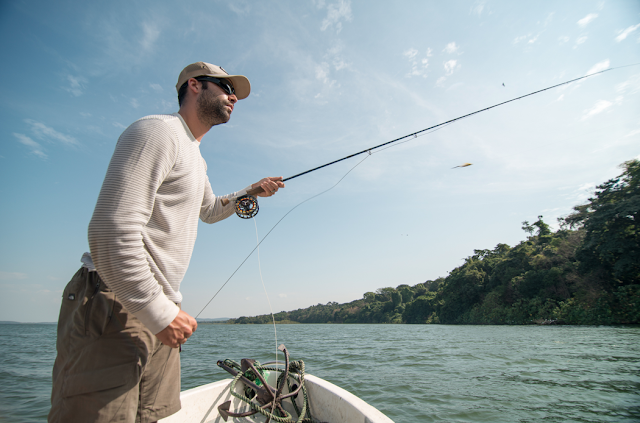 I was throwing a 450gr sinking line with an 8 musky fly from the bow of a rolling boat. I am proud to say that I did not return with an ear piercing or a bleeding scalp.

I probed drop-offs, overhanging shorelines and submerged structure. I didn’t come across any cooperative fish, but I did feel one mighty grab as I struggled to handle some tangled slack line in a sheltered cove. I hope to go back in the spring and fish exclusively with feathers, hackle and flash. 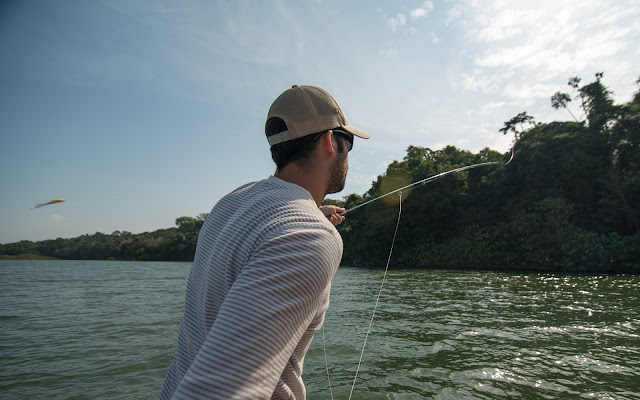 After getting some 4 trebels buried in my forearm while going for the lip of a smaller fish that was a bit too green, we broke out the plastic fish grip. I had to cut down to the barbs, through the meat of my arm, using the scissor tool on my Gerber Flik. Add ‘surgical instrument’ to its multi-tool bio. A dousing with a splash of local gin called Konyagi, which tastes like an industrial cleaner, and I’ve got a new 3\4 length sleeved SWC micro and a pretty gnarly scar on my right forearm. 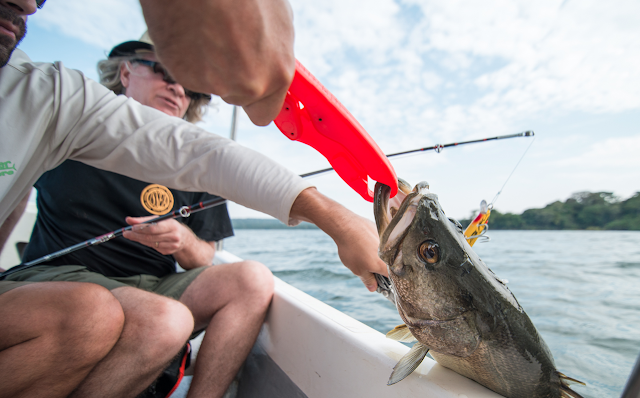 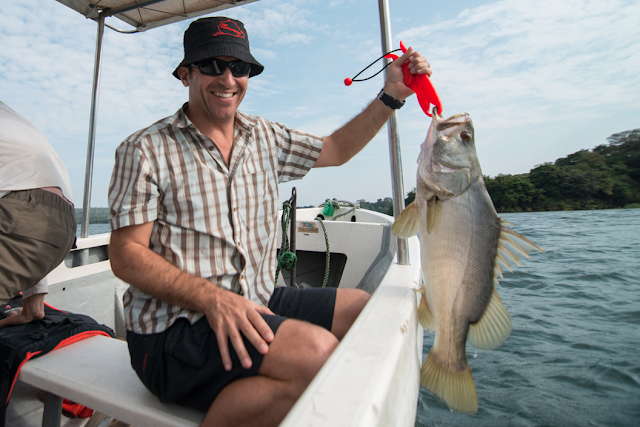 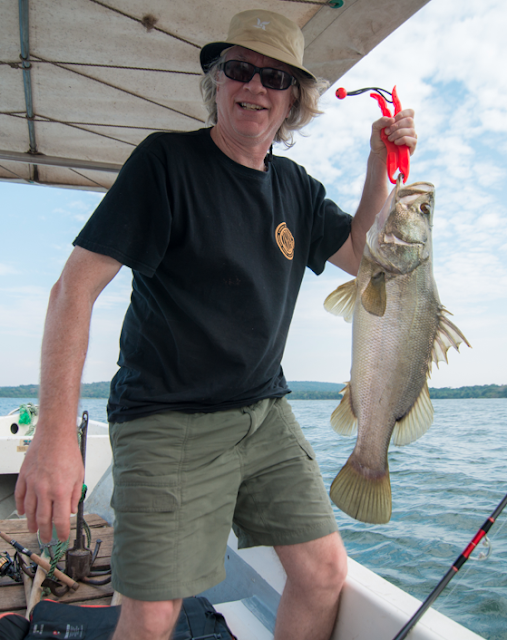 After the initial take, the fish will make for deep structure. If you can keep them out of that, they will be yours. If not, that’s what 130lb mono leaders are for.

They’ll eventually come near the surface and tailwalk like a largemouth, a 30lb largemouth. You can expect them to sound for the bottom once they get sight of the boat, but after that they are finished. 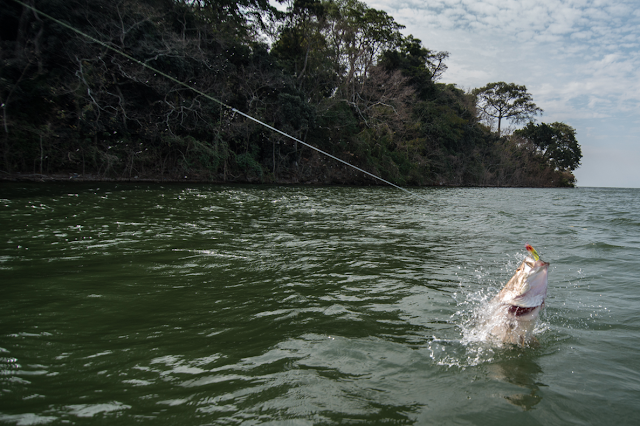 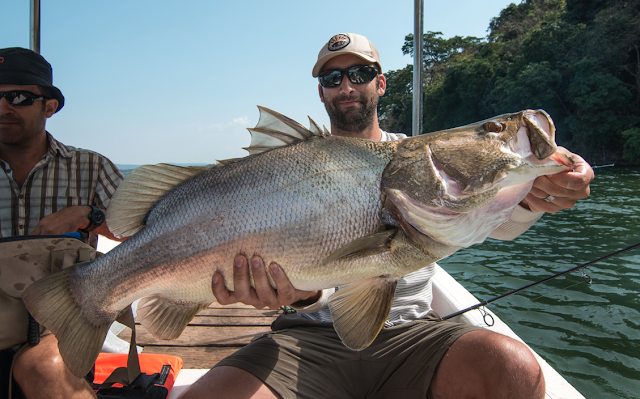 This was our largest fish, and she fought like it. On the 10wt, the outcome would have been far from certain. With anything larger, I might as well should hold tight and break them off from the get-go. I’ll need something more stout for the spring.

Next up: Invasives – it’s what’s for dinner.

For more photography of the trip, and of East Africa in general, check out Pete Stanley’s website. You will not be disappointed.  www.photopoa.com