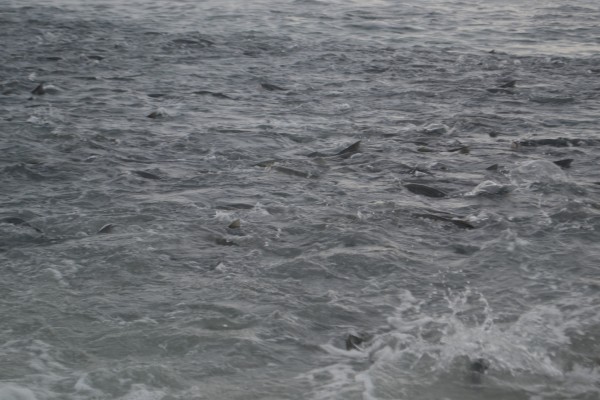 If there’s a heaven, and I go there It’s got to be like Montauk in the fall, only I’d be the only guy on the beach and there’s twenty pounders bouncing off my legs in the wash and albies just outside of them.  If there’s a hell and I go there (much more likely) it’s also like Montauk in the fall. Only this time it’s more like the South side of the lighthouse and the fish are too far away to reach with a fly rod. 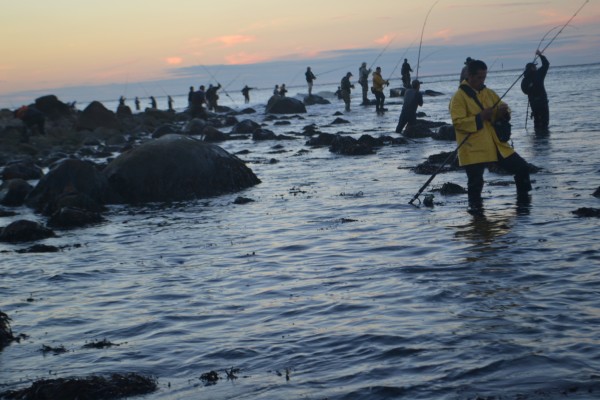 I got to see both sides of that last week.  Fish so close that six feet of fly line and two feet of leader on the end of that got an eat. I also had people casting over the top of my head and damn near snagging me when they retrieved their plug back.  I got called a dumbass and worse for trying to cast a fly in the middle of a blitz and threatened to break a guys rod across his face if he casted over my head again….that’s just Montauk for you. 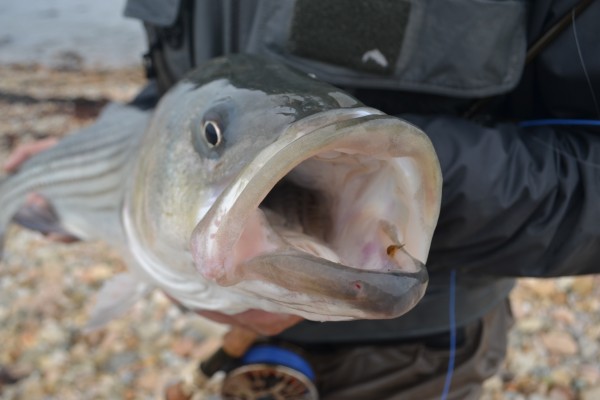 In the end though I wouldn’t trade any of those experiences for anything. Seeing millions of fish schooled up decimating billions of inch and a half baitfish.  Literally having twenty pound fish almost knock me off my feet when they get trapped in the surge and bang into my lower body.  Spending hours after dark swinging flies in the outgoing current of an inlet that’s only a hundred yards across at its widest. Having schools of mullet with bluefish attacking them going between me and the beach.  Watching and helping a guy just a month short of his eightieth birthday land his first ever striper on a fly rod. 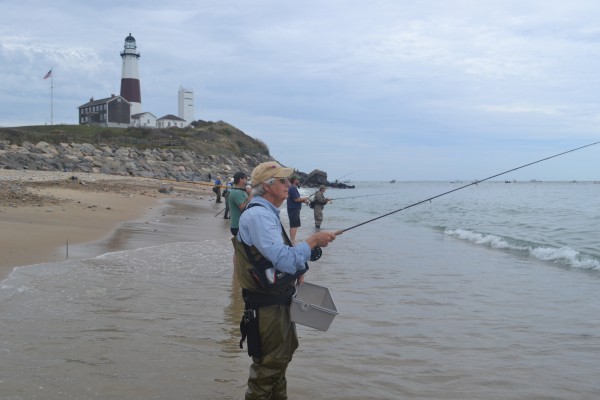 Seeing new friends from places like Missouri, Ohio and Kentucky get into their first saltwater fish and catching so many that I’m sure they’ll be dreaming of nothing else for months.

Even the sadder things were cool. The ranch I used to work on is now owned by Ralph Lauren and fences, pens and barns that I spent hours soaked in sweat building are either gone or unrecognizable now. The bar where I spent a ridiculous amount of time playing pool and getting hammered is shut down and for sale. 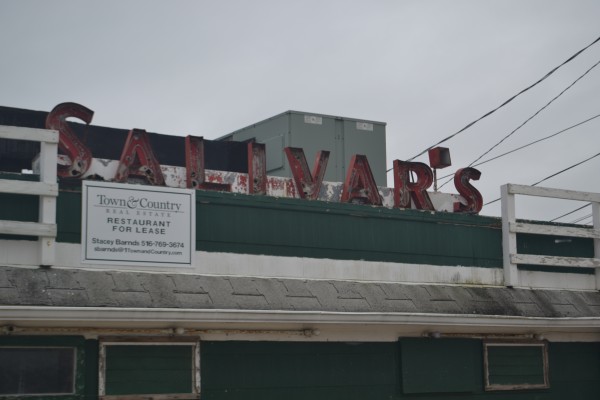 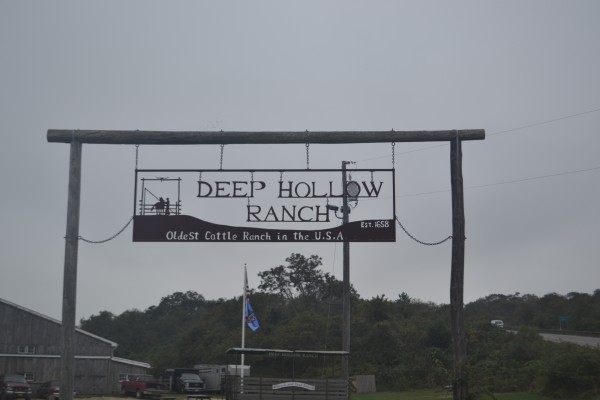 Even in a place like Montauk where the locals still wish it was like the 50’s most of the time sees changes.  Two years ago when the 7-11 came to town I could hear the uproar even here in California, now it’s the best place besides the IGA to see everyone…

Now I’m suffering through post trip depression. It always happens but it somehow seems worse this year. I’m sure that like any other type of feeling this will lessen as time passes and soon I won’t remember what made it so hard to come back in the first place. Personally I hope that doesn’t happen because when it does you have to wonder if it was that good in the first place. 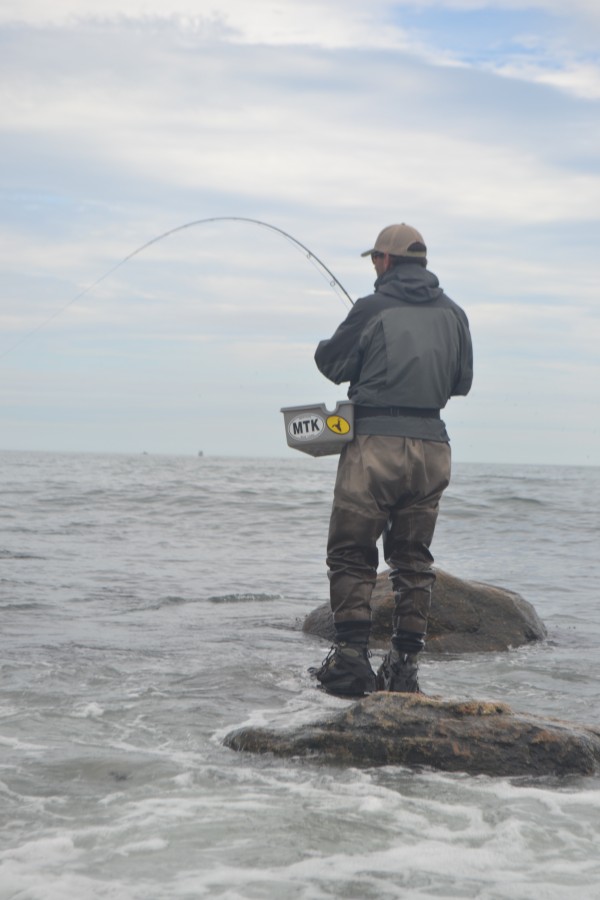