I pretty much hate tying flies. I will in a pinch, but I have friends who like to tie who are nice people.

This little thing, tied by Pat Blake, went out fighting over the weekend. In two days it caught: Two tarpon, two snook, five reds, a nice Trout, and some Snapper and Ladyfish. Deerhair, flash, and a Tiemco size one hook.

It used to look like a small Tarpon Toad before getting beat, but now it’s going into the fly hall of fame. 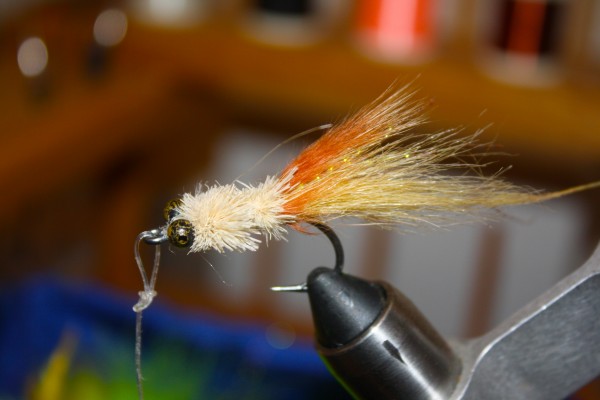