Everyone who knows the name DJ Dan Decibel knows that he is an authority on everything that is fishing in Flamingo.  So naturally when dragging the new skiff down to get its first slime, he was the first person on my list of people to get on the boat.  Luckily the timing worked out and he was able to pull himself away from the Miami fast lane to join in on the fun with Nick of 239Flies and myself.

The morning started out slow but picked up steam quickly, we got behind a huge school of reds and started working. 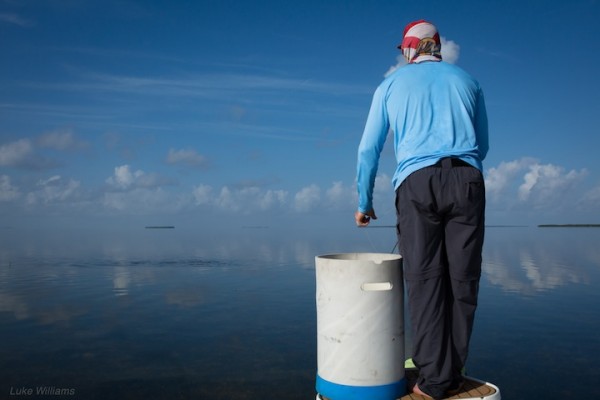 Nick has never got any real shots on tailing redfish so that was the first goal, we tried and got him a few solid shots but things didn’t come together this trip for him.  Dan and I each got a nice red to the boat however. 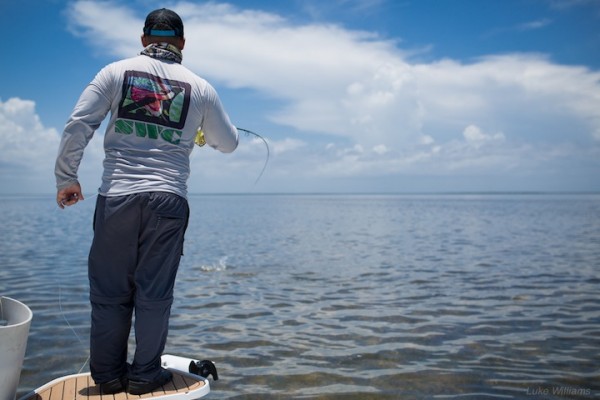 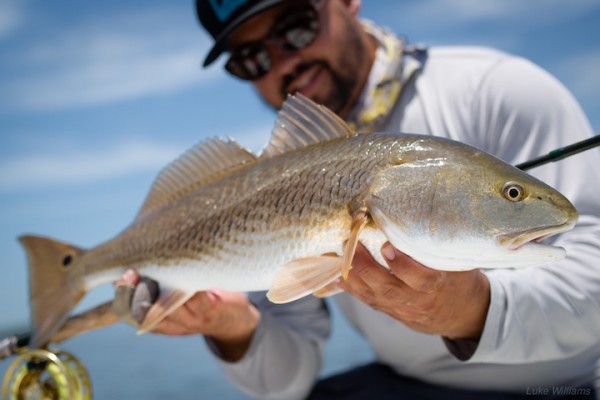 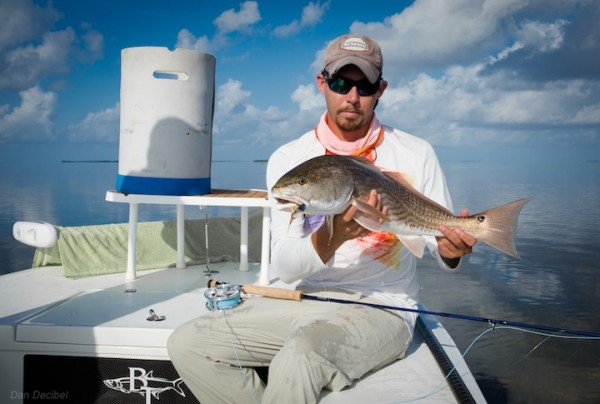 Mid day we had a few new boat issues that we had to work out (jack plate failed) which dropped morale a bit and was multiplied by the brutal heat and very little breeze.  The redfish had shut down and it was time to move on.

Dan pointed us in the direction of a bit deeper water to try out and it paid off big time.  We had a few shots on some big black drum but they were cruising and not looking to eat.  That is when Nick saw a small tarpon roll a few hundred feet away.  We gave it a little time and that one tarpon turned into about 100 rolling all over a trough off of a little point.  They were greedy little guys and nearly every cast resulted in a strike.  We put plenty in the air and got 5 or 6 to the boat. 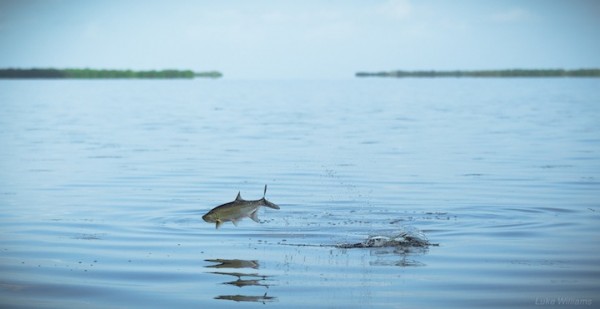 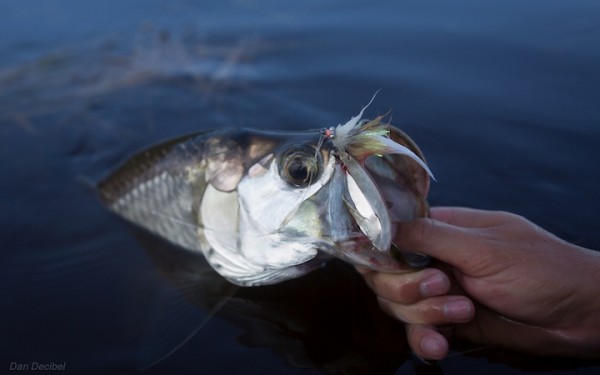 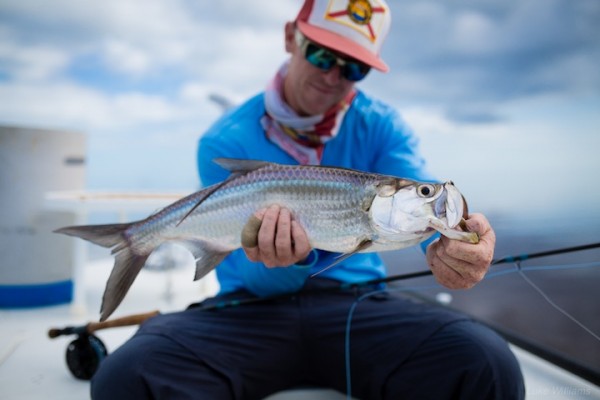 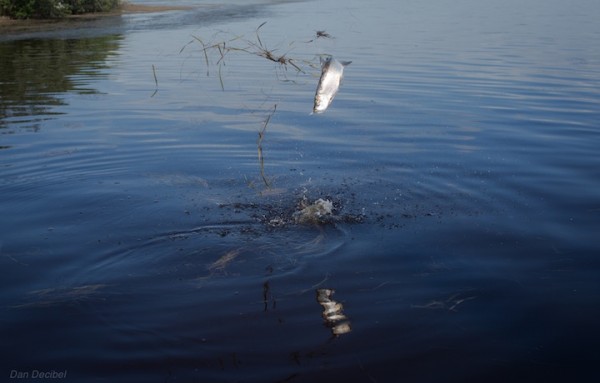 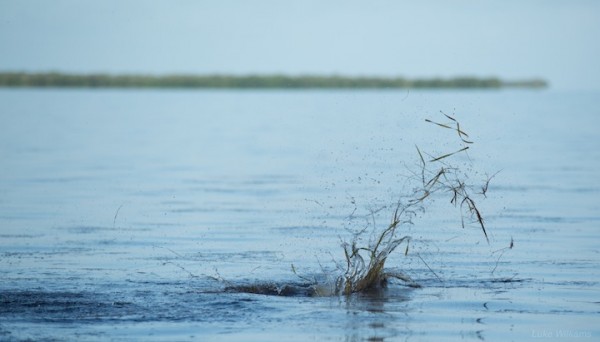 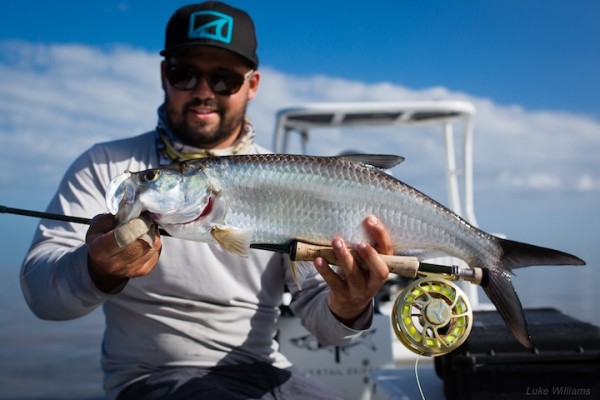 The sun was getting low so we called it a day there.  With mission ‘slime up the new skiff’ accomplished we headed back to the ramp to get back on the road.