A few weeks back, Chris and myself left the Keys during the dreaded mini lobster season and headed north in search of beach Snook.  We walked many miles of sandy shorelines looking for line siders with not much to show for it.  We each landed a small snook and had the hook pull on a few other nicer fish.  At the end of a long day we decided to change venues the following day and look for something different to target on the fly rod.

On our way back to the hotel, Chris talked to his buddy who lived in the area.  He guaranteed we could catch a Goliath Grouper from shore and claimed to have it pretty dialed in.  Since neither of us had ever done this before we jumped at the offer.  We had a few takes over the course of a 3 hours period or so.  Chris managed to land this sea creature after an epic battle from the sand. 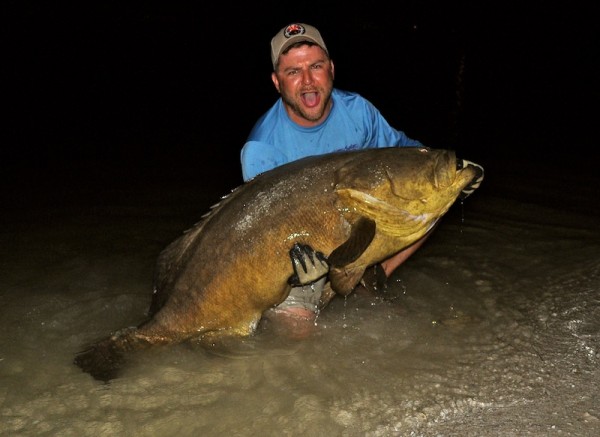 On our way home we stopped by one of my favorite grass carp fishing spots.  We saw lots of fish and had plenty of shots.  We each had some pretty devastating refusals and had some fish show interest in the fly before telling us to get lost.  I managed to land this fish on second cast of the day, but, sadly, it was the only fish we got to hand.  Even though we didn’t get into giant beach snook on this trip, it is always nice to get away and break the monotony. 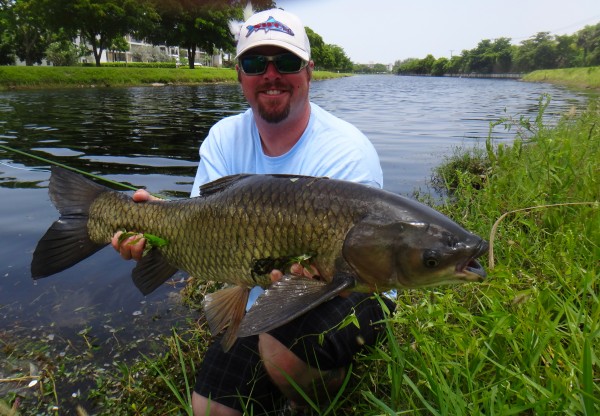