This past Friday a buddy and I decided to head North in search of some Wisconsin steelhead. We talked to a few other guys that had some luck in Milwaukee and after two phone calls we were officially playing hooky and ready to fish. I headed over to his place Thursday night, to shorten the drive in the morning, and we tied up some fresh eggs. 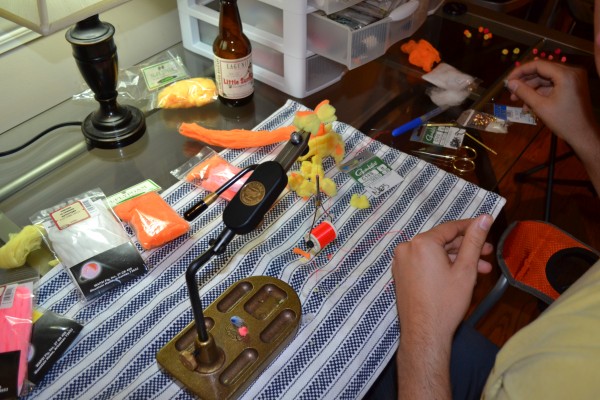 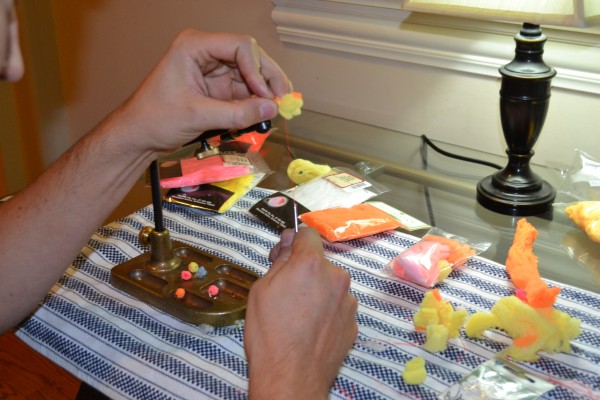 It has been tough to get out and fish lately, work has been busy, I recently got engaged, and I closed on my first home with my fiance. It wasn’t until I woke up and started driving that I really started to get excited to hit the streams for some steelhead.  We made it to Milwaukee, jumped in the river and started slinging yarn. 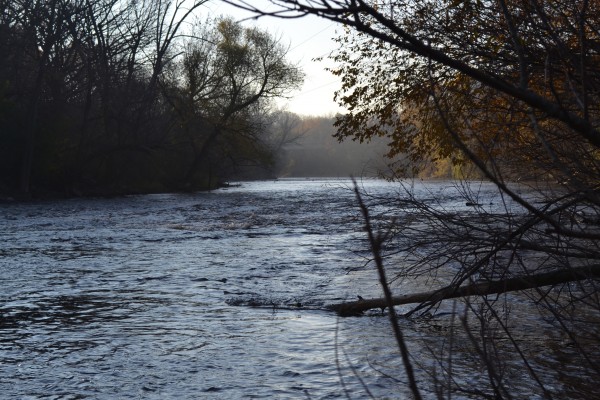 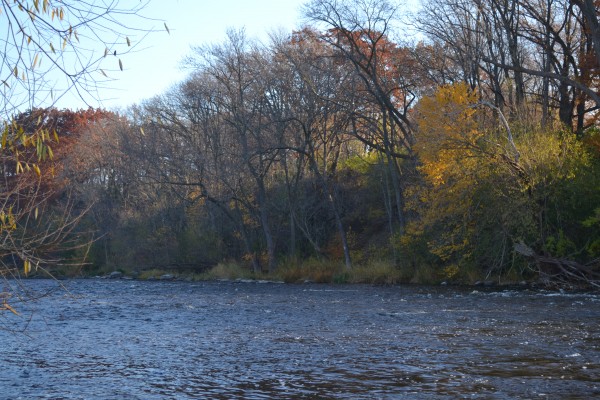 The weather was perfect, water levels were prime, but no steelhead. My buddy Mike caught a nice Brown to start the day off and knock the skunk out of the box. 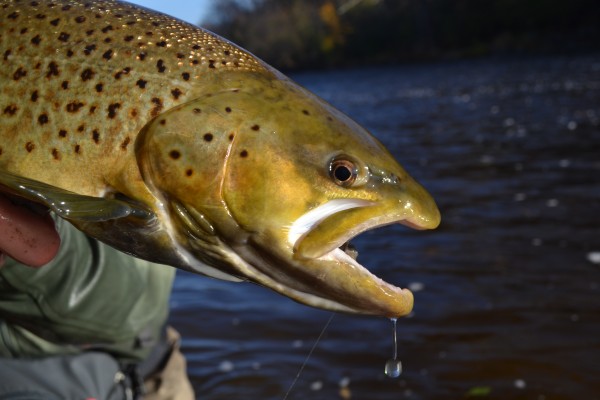 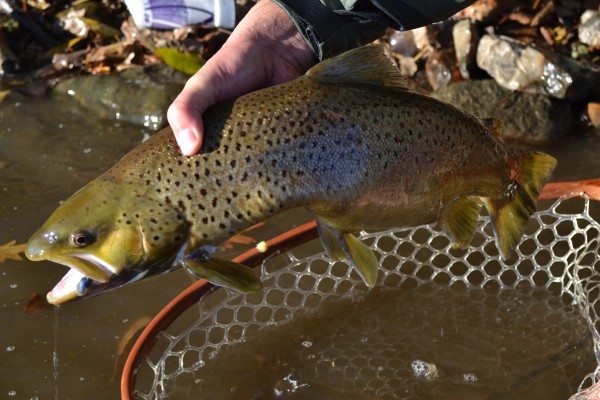 By mid morning we still had not found what we came for. As the steelhead alluded us we could not help but notice the abundance of Kings that were still in the river- some fresher then others. They were willing to eat and we were willing to catch, so our steelhead trip quickly became all about the Kings. The first one we landed was nothing short of the “walking dead” but still awesome to see up close. 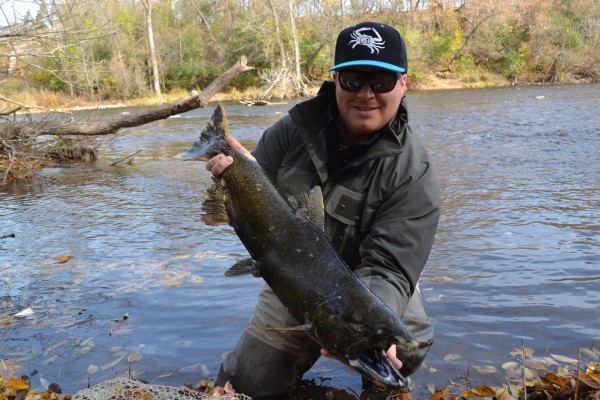 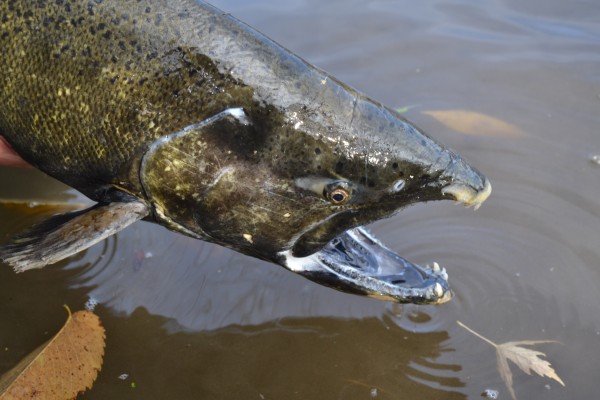 We worked our way upriver to some deeper water and found some absolute slobs. These fish were fresher then our “zombified” friend down river, and once they committed to the fly they went crazy. We ended up going 2 for 3 with the third fish swimming right through Mike’s net (ripping it in half). 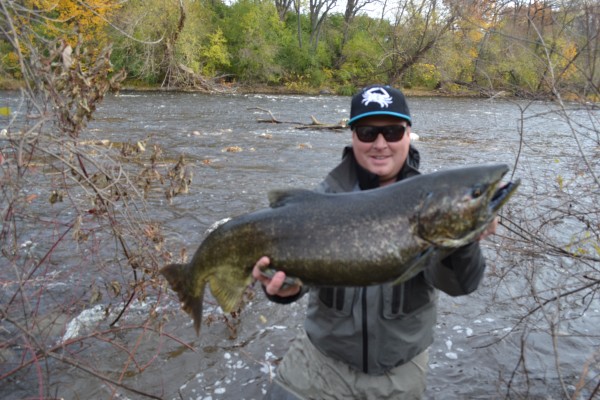 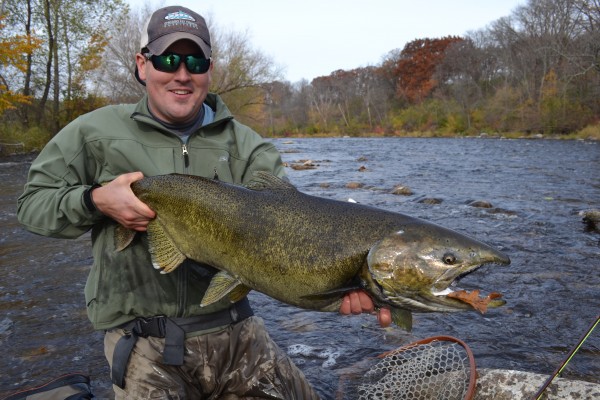 All and all it was awesome being able to get out and wet a line after the chaos of the last month or so. There’s nothing quite like taking a day off work, rolling the dice, and coming up big on some new water. Although salmon and trout will always be second to my saltwater addiction they provide great entertainment until I can head South again…