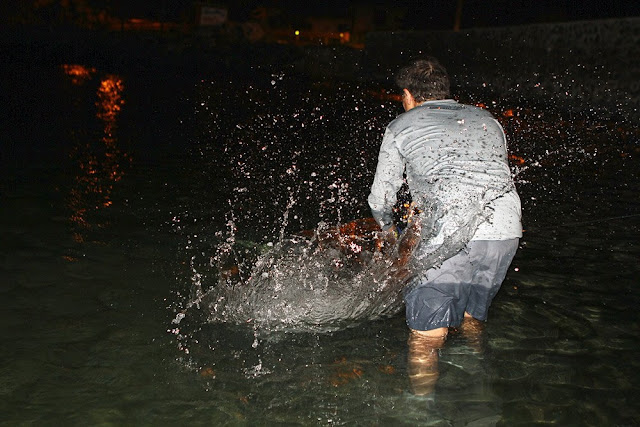 Third night of the trip and we are sitting around at night tying another round of tarpon flies. They are our easiest quarry (not easy) and after three days our supply of flies that actually work have been destroyed in the steel like jaws of our adversaries. We are waiting to meet up with several of our colleagues from the Fly Fishing Nation who have just arrived after 24+ hours of travel from Europe. Soon a tall figure is standing in our doorway and says hello in German. It is Stephan Gian Dombaj, all 6’8″ of his frame, and Stefan and Alexander Haider. After a warm welcome it is time to fish and Adam and I hop in their car after grabbing the 10 wts. Alex is driving and he is a man on a mission, speeding up and down the mountainous hills of the island redlining the rental SUV. After a long flight and several weeks of preparation, their only cure, is some nighttime tarpon. 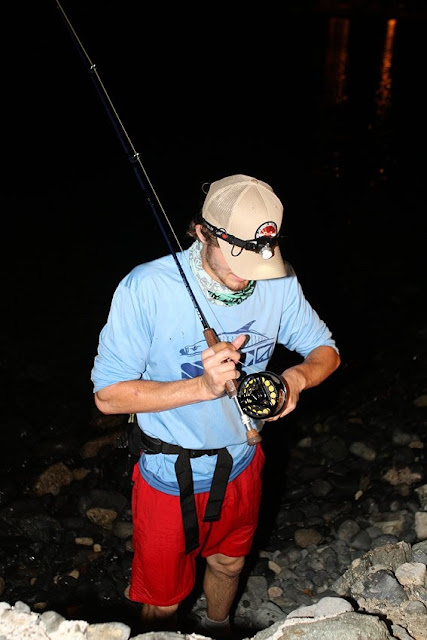 Arriving at the honey spot, a quick spot with a flash light reveals a field of glowing eyes. The guys freak out and rig up some new prototype rods from Loop and on Stephan’s first cast he jumps one. On the second he is doing battle with a nice 40 pound fish that comes off after touching the leader. Joining the fray I hook into my largest fish of the trip thus far and after a long grueling battle, he too pops off during the landing attempt. For the next several hours we fish into the night, working our way up and down a rocky coastline in pitch blackness, wading in shark infested waters, all for a chance at the silver king. 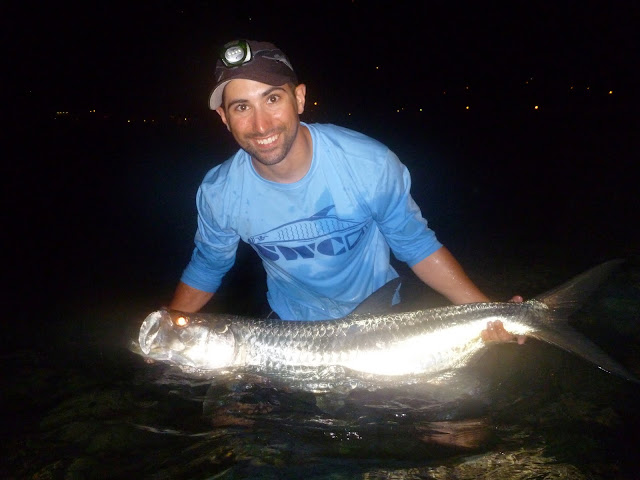 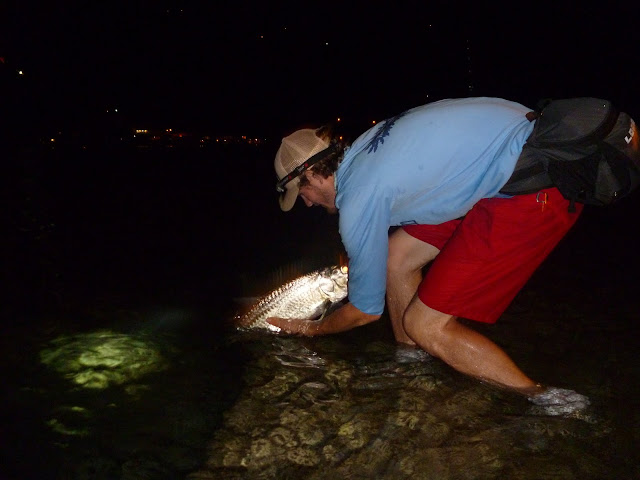 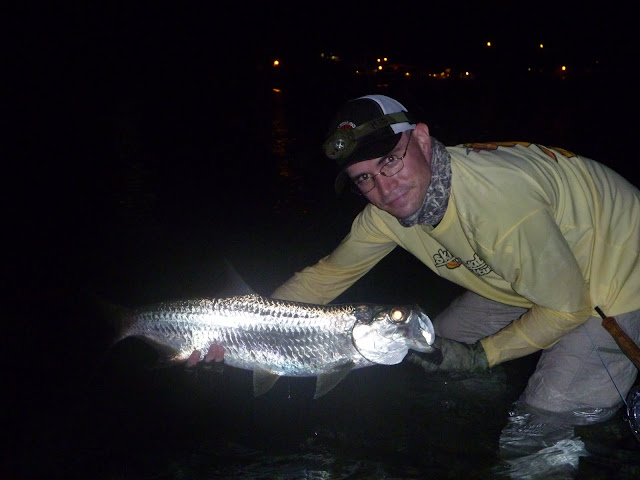 Around two in the morning, the Haider’s are tired and want to catch some Z’s. Adam and I, satiated from a night of mayhem, hop into the car. Dombaj stays in the water launching bombs wanting to land a big one. We drive around, and the Haider’s are beeping the horn and flashing high beams directly at Dombaj, and he reluctantly gives in. Back at the car he hops onto the wall and sees some tarpon in the distance, thanks to the high beams of the car. Fitting his fly line in a very small window he casts straight into his backing and strip sets a tarpon with gel spun cutting into his fingers. The fish jumps, cartwheels, and catwalks across the water before throwing the hook back at the car. Disappointed and excited at the same time, he reels up full of adrenaline, not wanting to leave behind uncaught fish. We head home for a short nights rest before heading out in the a.m. to hit up the flats.
Share
Share on Facebook Tweet on Twitter Pin on Pinterest
Back to Blog