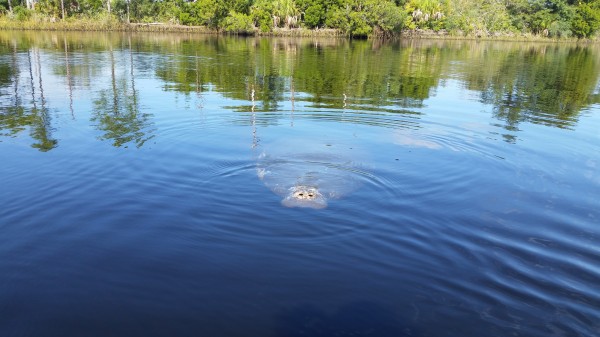 On a recent kayak fishing adventure chasing reds and jumping micro poons I had the pleasure of finding this guy back in the Jax Beach marsh.

I slowly approached him for a closer look in hopes to get a few pics. I’ve encountered these beautiful gentle giants a number of times and know they can be spooky but this one didn’t seem to mind me at all. 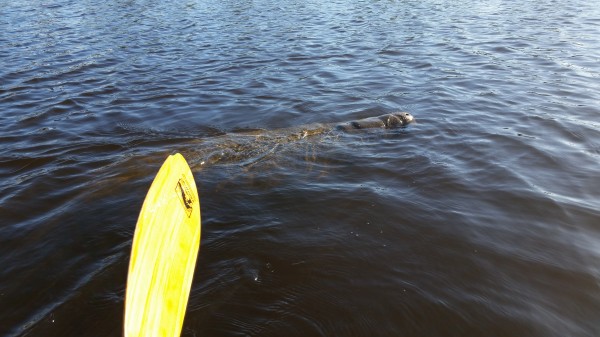 After snapping a few quick pics I moved on looking to cap off my trip by jumping a few poons, happy that I crossed paths with a manatee on this beautiful day! 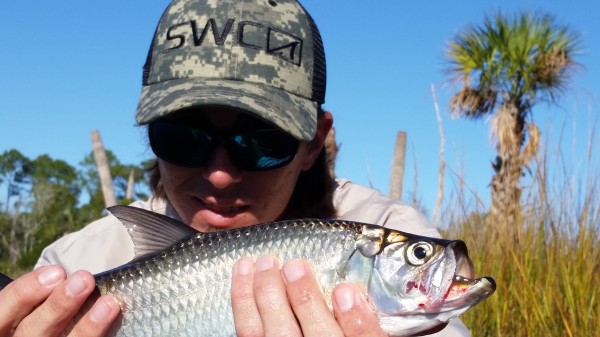 Great day on the water…love these micro poons! Not a bad way to start my week.

On Tuesday I returned to the area where I spotted the manatee and to my surprise he was still there from the day before and didn’t ride the tide back out to the ICW. 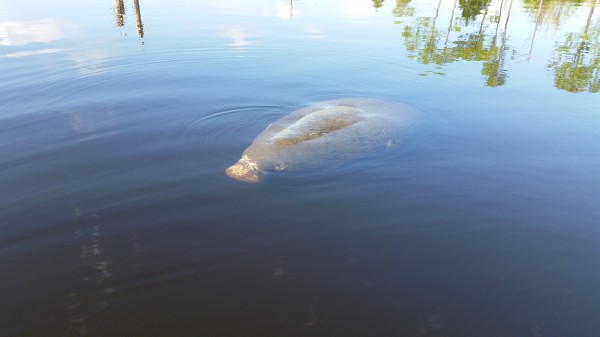 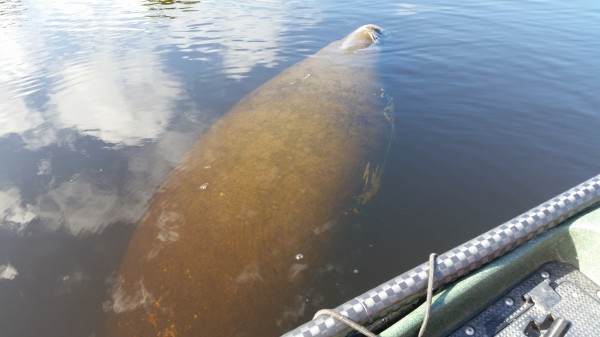 I observed him for a bit and became concerned about his behavior. Fearing he might be sick or injured I contacted the Florida Fish and Wildlife Conservation Commission (1-888-404-FWCC) to report him. 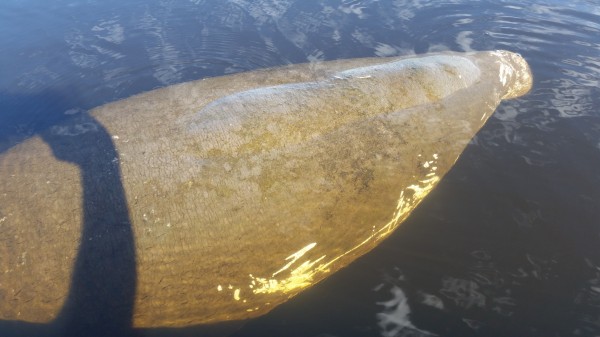 After answering a few questions I was contacted by Ms. Nadia Gordon, Marine Mammal Biologist for the FWC. She asked me to send her my photos and continue to monitor him till they could come out to check on him. Her team had another rescue scheduled but she wanted to help ASAP. 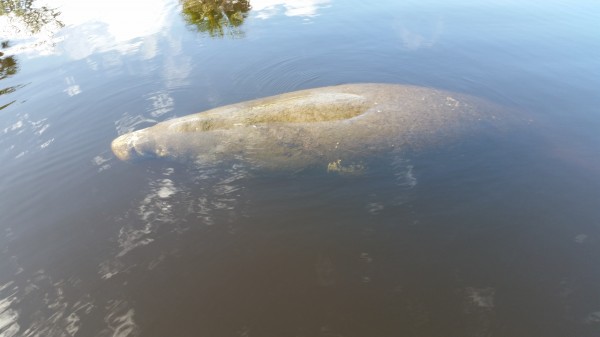 I kept an eye on him for the next few days and stayed in contact with Ms. Gordon while a plan was put together. Friday afternoon she was able to paddle out to his location and confirmed he was ill and needed to be rescued. On Saturday I received a call informing me that she had a FWC team in place along with the Jacksonville Zoo and Seaworld Orlando and wanted to know if I could assist in the rescue Sunday morning. I gladly accepted and headed out first thing the following morning to help with their efforts. 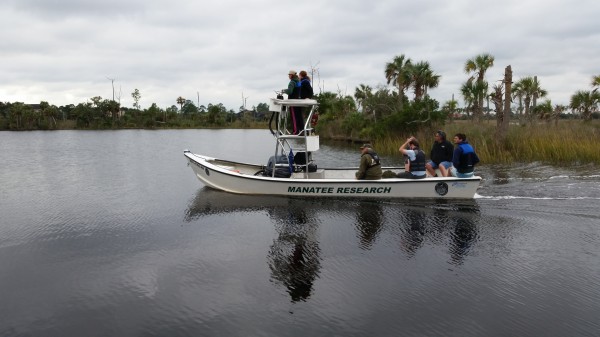 Timing for this rescue was critical this far back in the marsh. The tidal range is so great that a boat this size can easily get stuck if the tide gets to low. It was important to get in and get out or you would risk being stuck in the marsh for hours until the tide comes back in. 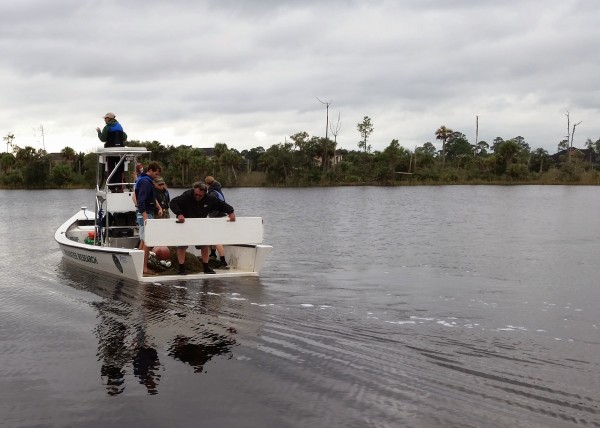 I kept eyes on the manatee until the team arrived. Once they had it spotted they removed the stern and deployed a net to capture the sick sea cow. 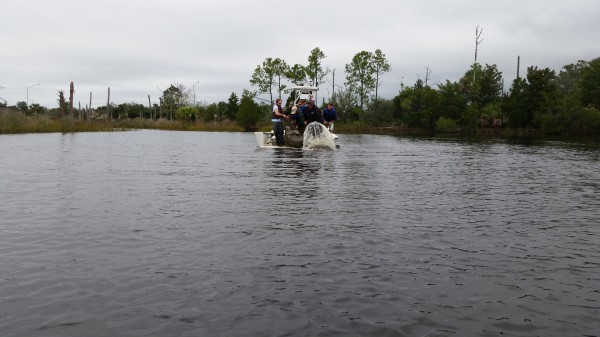 The team gently hoisted the 425lbs mammal into their vessel and secured him for transport. 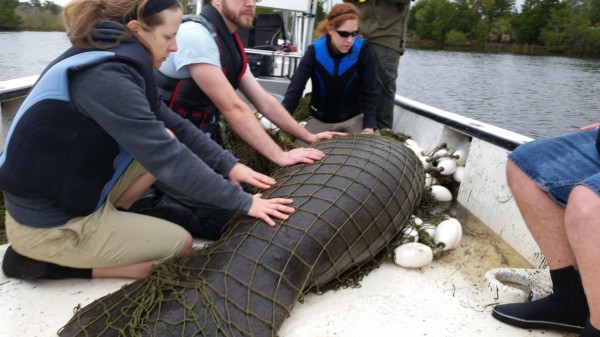 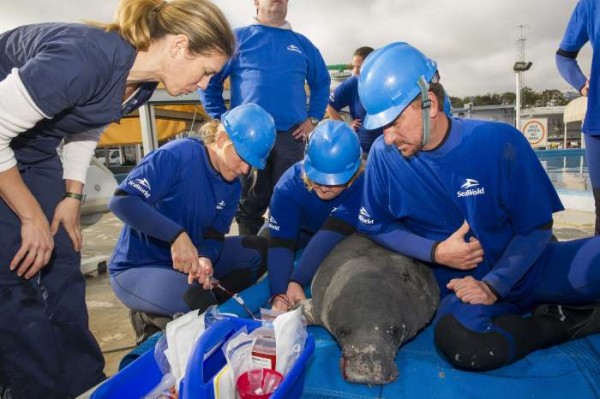 Our guy arrived safely and was the third manatee rescued from waters near Jacksonville. He joins two others rescued the week before and all are getting care from Seaworld’s Animal Rescue Team. All three manatees show signs of “cold stress” which happens when water temps dip below 68 degrees. As soon as he arrived at Seaworld Sunday afternoon a brief physical exam was performed. He was given fluids and antibiotics to treat possible infection and x-rays and blood samples were taken. The team will continue around the clock attention, including close observation and nutritional support. 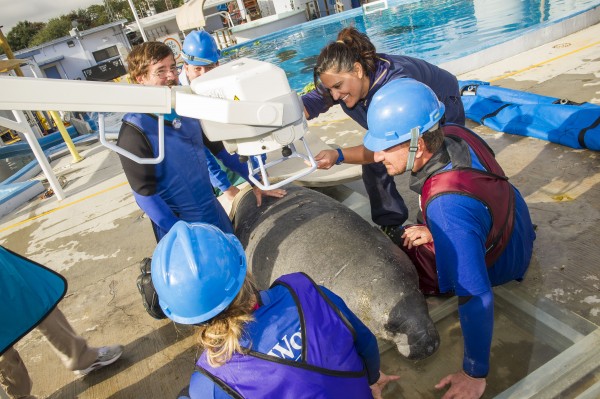 So stoked to have stumbled across this manatee and played a part in getting him the help he needed. I’ll be following his progress and look forward to him being released healthy this Spring back in the marsh.  – JM