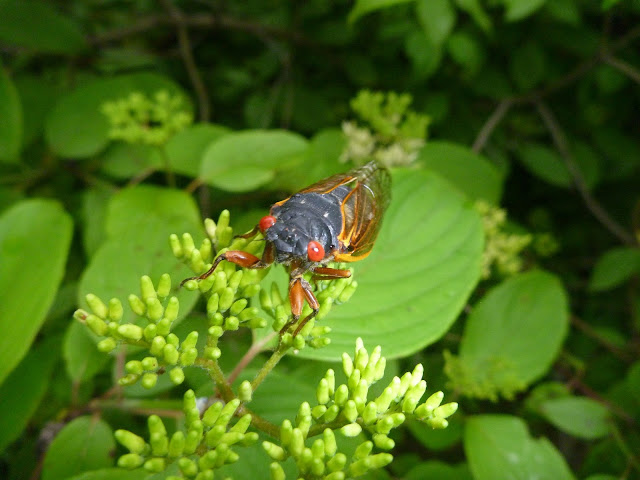 Upon first hearing that the periodical magicicadas would be emerging en masse upon the eastern Mid-Atlantic region in 2013, I was pumped to say the very least. Months leading up to the brood II emergence, a day could not go by without me at least thinking about them and the possibilities in store. Having missed out on them in central Pennsylvania a few years back, I perused the internet looking at videos and reports from previous emergences and day dreamed of pods of carp and trout rising to feast upon the hapless insects. One particular article on the event claimed that an estimated 1 trillion of the cicadas were expected to serenade us with their presence. Needless to say, my hopes were sky high and bound to be disappointed. 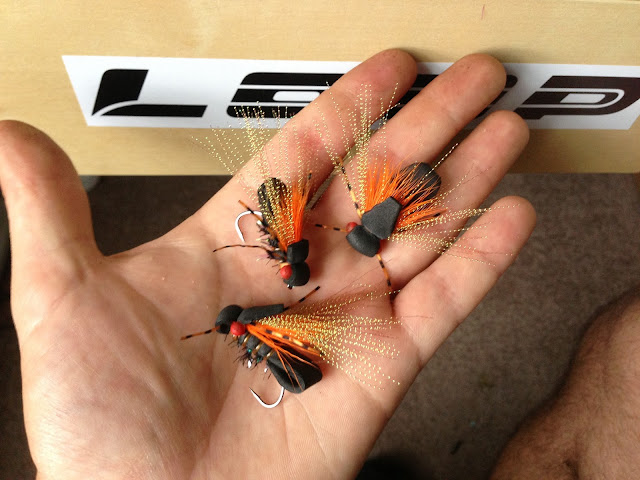 As reports started to emerge in late May, I took to the vice to concoct a pattern that I hoped would work. As the days went by, I texted friends/family and browsed social media outlooks looking for any sign of activity in my area. There was nothing. As the weeks went by and into June, I began to doubt that I would be able to cast my flies at much of anything. There was nothing to be heard of, save for some scattered and isolated internet rumblings. My mind began to question whether the late spring frosts or flooding had anything to do with the delay or lack of an emergence. As the third week of June began, I was out on a golf outing with the entire family and the insect I had been dreaming of flew over the tee box. It was about to go down. 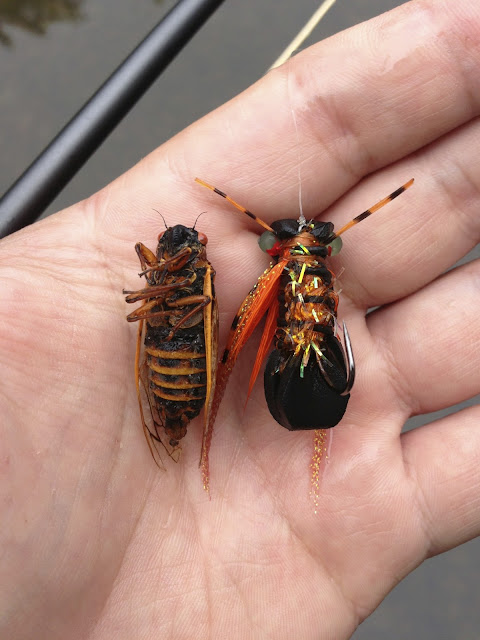 As it turns out, they had emerged after all and I was just looking in the wrong places. I was waiting for the bugs to come to me when I had to go to the bugs. Driving around and listening for the twilight sound of cicadas (think the movie Them) became a daily activity. Talking to fellow fishermen for advice and whereabouts became another. My dreamlike expectation of having magicicadas emerging everywhere and drowning out conversations was a mirage. They are actually extremely isolated (in my area) where certain sections of a stream have them while other sections do not. One side of a mountain could be alive with cicadas while the other won’t have any. Most developed areas are devoid of the magicicada and then you can drive into a town and they are bouncing off your windshield. They are here and there but not everywhere. 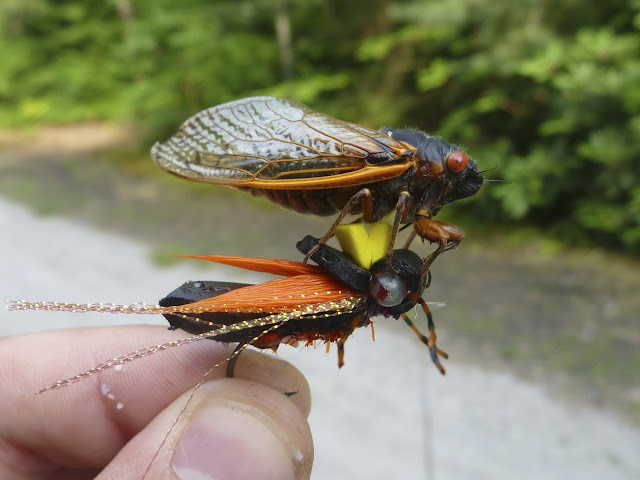 My high hopes produced unrealistic expectations and I have since been brought back to reality. There aren’t a trillion cicadas out there, but there are a lot, and you just have to find them. All the fish in the river aren’t going nuts for them but there are fish gorging themselves and willing to hammer a size 6 dry fly. For those willing to go and find them, you will experience some outstanding fishing. However, you might just have to get out of your comfort zone and explore some new areas. 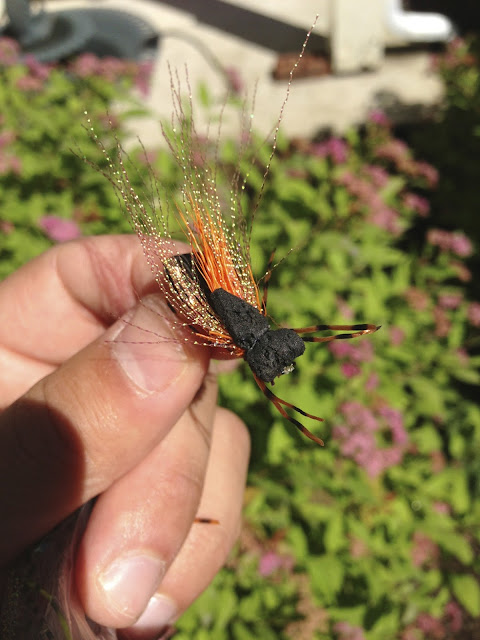