I fished the Lydia Ann Fly Masters tournament out of Aransas Pass last Saturday. The weigh was at Tarpon Shores Marina. The 2012 beneficiary was Casting for Recovery. It’s a catch and release fly fishing only tournament. The only tournament of it’s kind here in Texas. There were two categories one for redfish and the other a “open species” category and two divisions one for kayak and one for boats.

I stayed in a beach house with a bunch of guys fishing the tournament. Our Friday night entertainment consisted live music played by a few of our fellow honks. 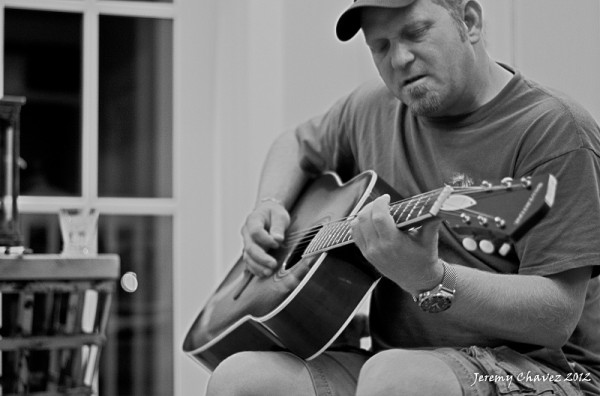 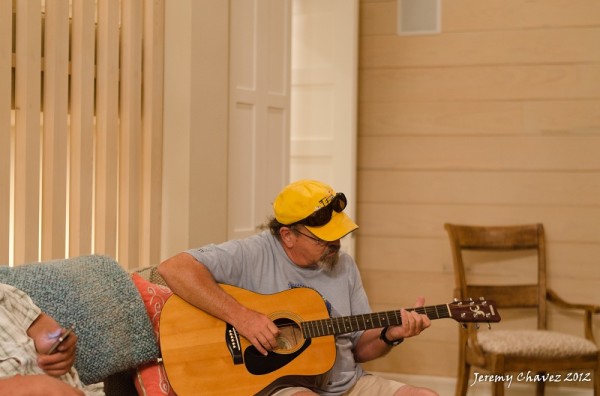 It was a short night and nobody enjoyed the clamor of their alarm clock the next morning. When I got out of bed at 5:00am only one other person was up out of our group of eight. I was hesistant when I arrived to the launch in the dark with lighting illuminating the sky. It was off in the distance, but I had now way to tell which direction it was moving.

I decided to launch anyway. I fished the tournament via kayak. I wasn’t outrunning any storms if they snuck up on me. I had been caught by bad storms the last two weekends; I played it safe and stayed close to the launch until I could tell whoch direction they were moving.

The day started off slow. I saw and caught a few small undersize reds. The conditions were perfect. Low tide and calm winds so I was surprised the fishing was slow. I kept moving and found some lakes that were holding good fish but they were finicky. Two friends that weren’t fishing the tournament were also fishing the area and both of them were seeing big fish. The hooked a few on conventional gear.

I started fishing the shorelines with little success. I changed tactics and started fishing the middle of the lake. I followed one fish that was waking. The fish was moving away from me but I got the fly in front of its face several times. I aggrevated it enough times it finally decided to eat. I knew it was a decent fish by the wake. I put it on the stick and it measured a little over 25.5″. 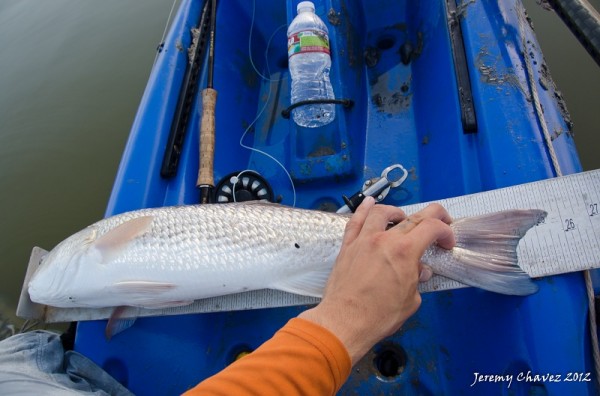 Shortly after Rob, a friend that was fishing the same area, landed an oversized redfish nearby. I snapped a few photos of the fight and fish. 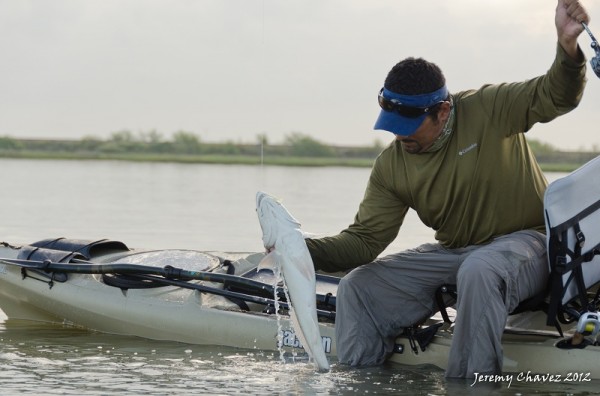 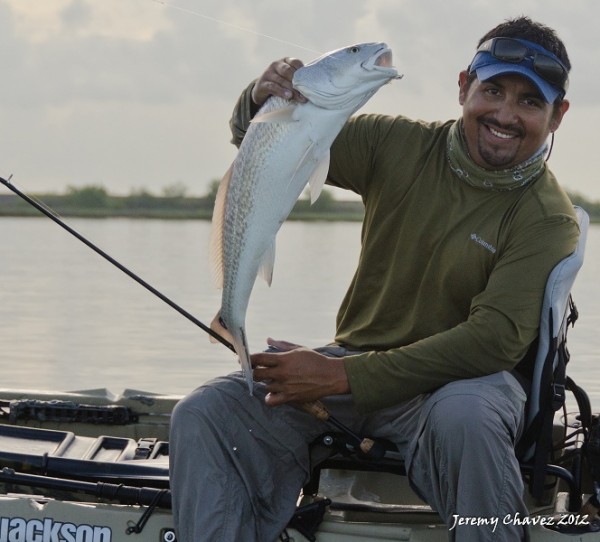 I wasn’t seeing as many fish and I didn’t feel like my fish was good enough so I moved to another area to look for fish. About the time I got to where I wanted to go I saw storms on the hozizon between me and launch. They were headed my way. I could do anything but hunkering and wait them out. The rain last for a couple hours. Around noon I got a breack from the wind and rain. There were more storms headed my way and the fishing slowed down so I made the decision to head see where I stood in the standings with my fish. My fish took first place in the kayak division for longest redfish. 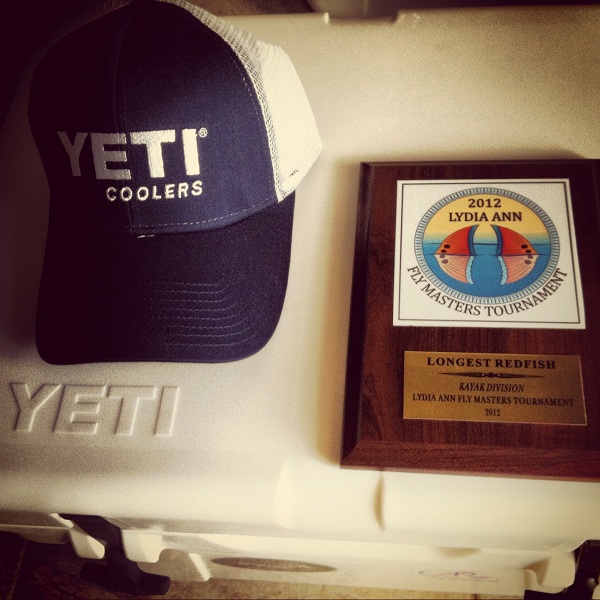 Photos of some prizes… 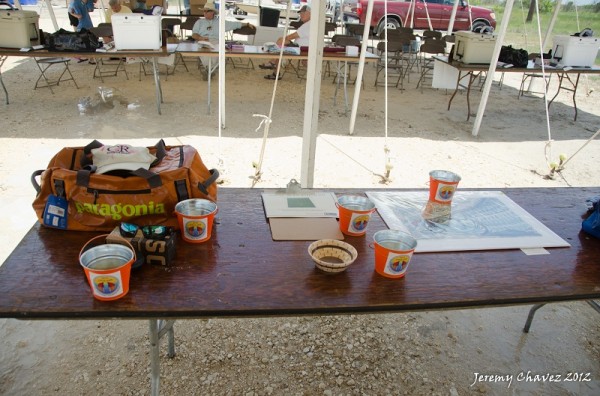 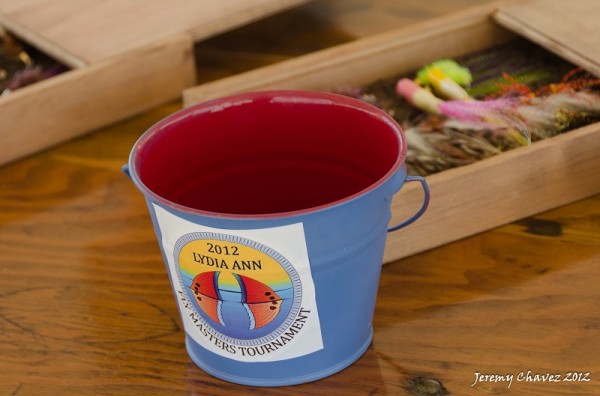 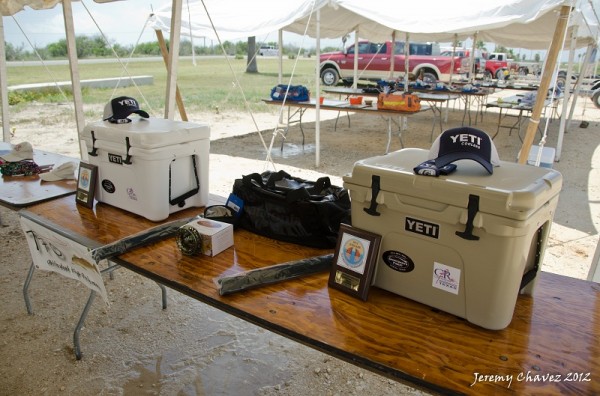 Saw this in the ditch on the drive home… 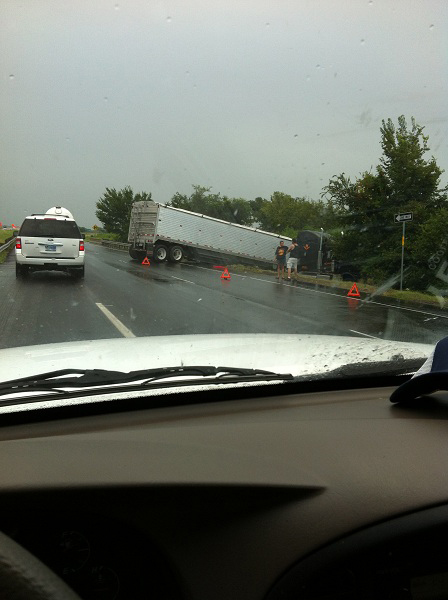