Giggling with excitement as we hopped out of the boat, the call for a good old game of Rock, Paper, Scissors was announced. The winner of this match got the first shot at the tailing Bastard we had spotted feeding its face as we drove up onto the flat. By this time of the weekend, and after a few already hard fought battles of the fists, I had worked out that Mark was a fan of throwing down scissors first. Grinning with victory I stripped the floating line into the shin deep water and checked the hook tip on the already well-fished shrimp.  Mark watched closely as I threw two quick back casts and landed the presentation on its nose. It was obvious that I had interrupted this fish’s feed as what I had put in front of it, it wanted a lot more. The fish surged forward with half its back out of the water, tipped on the fly and ate. The dry running line and quickly disappearing backing drew blood and within 5 minutes this fish was at my feet. 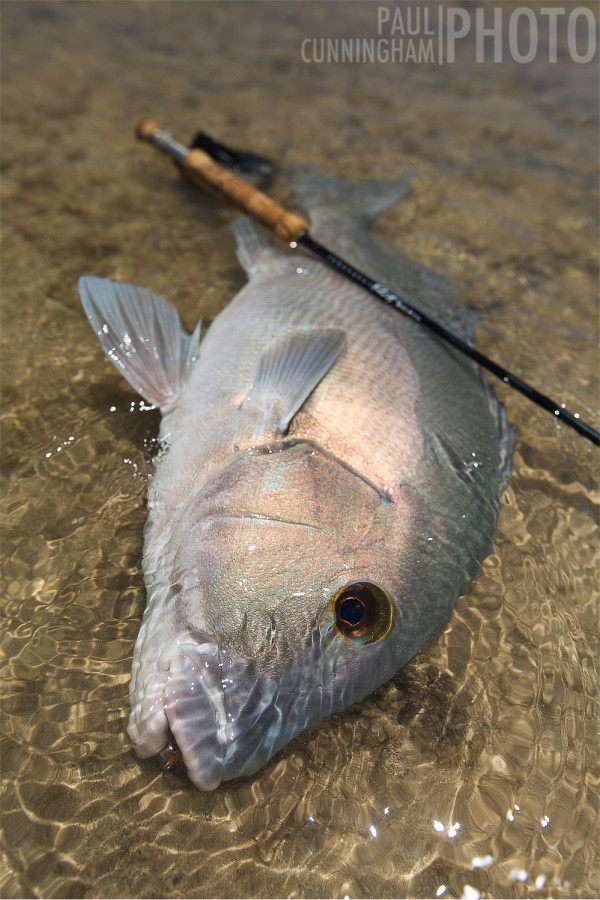 Blue Bastards, Morwong, Mother-in-law fish, Painted Sweetlip, what ever you call them, provide us with one of the most spectacular and epic sight-fishing opportunities along our Pilbara coast. Ranging from 500gms to 15kgs the average size of them is around 5-7kg and colourations differ from a gleeming silver to deep maroon. At the end of this particular incoming tide’s push, we had a tally of almost a dozen landed, plenty more shots taken and memory cards full of double selfies, grins and fins. When the fishing is like this we take turns, shot for shot. It’s much more fun cooperatively fishing like this. Both sets of eyes are looking for that telltale flick of a heavily feeding fish and picking off one each of a pod or pair, is a regular occurrence. We always chose to arm ourselves with 9wts, 1/0 EP Crabs and 20lb fluoro leader but more recently we are finding that fishing a quicker stripped shrimp often results in more savage and purposeful takes.

My favourite fish from this particular morning was spotted when it suddenly appeared within 20 feet of me. Quickly backing away and rolling the fly onto its head I missed the first eat. The fish spooked but didn’t go afar. I dropped it on it again, it ate and I missed. This fish and I were engaged in a close quarters battle and obviously it wanted what I was offering, and it would be on, only if I could nail my strike. I had another handful of tips on the fly by this fish, and as it finally swam away and headed off I made a full length cast, it ate and I came up solid. 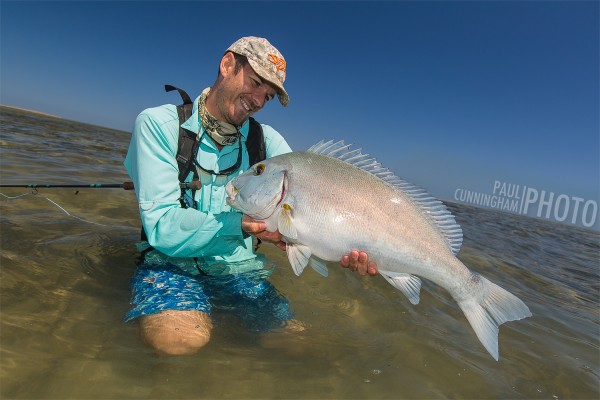 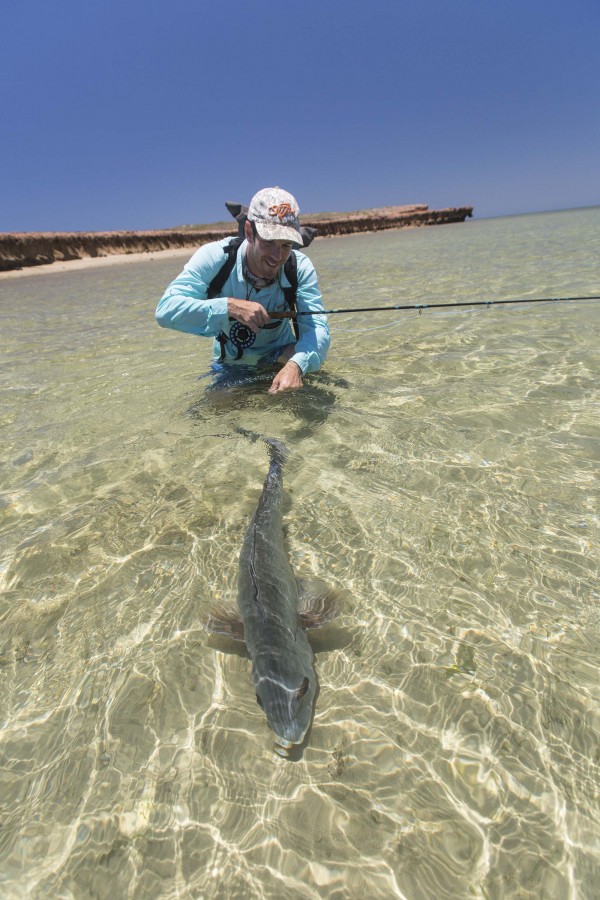 We regrouped at the end of this amazing session, went for a swim to cool down, shared a few stories with some mates who were fishing further down the flat and headed back to our island campsite.  Right at that moment, on an isolated Pilbara flat nothing else mattered. It had been us versus them and there was nothing in our way to distract us from what we were doing. We had lost track of time. 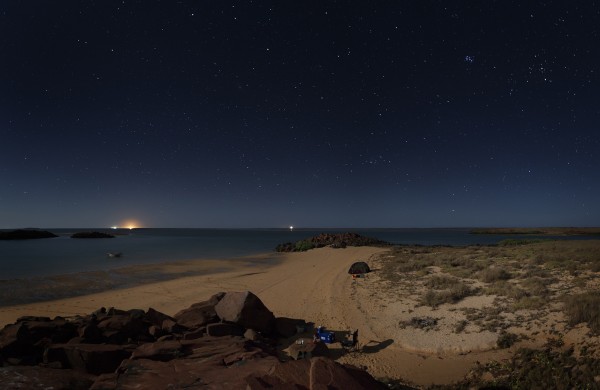 I hope you all have a wonderful holiday over the next few weeks and feel free to shoot me any questions that you may have below.