Back in 2008, I got the wild idea that I wanted to get into fly fishing. I mentioned this to a friend, and he laughed in my face. He mentioned that he had an old fly rod in the shed that he had bought years before, but could never figure it out, and that it was not worth the hassel….. 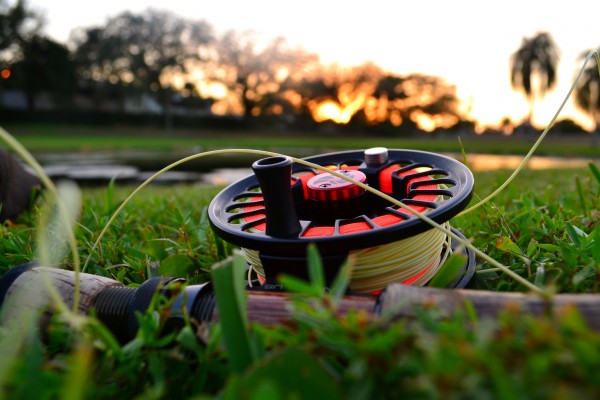 He let me have that old cheap Cabelas 5wt fly rod and it began. Now, fast forward 5 years and the same friend approached me that he wanted to get into fly fishing. So with his small “budget” of $200, we set out to find something decent to get started. A trip to Bass Pro Shop, and some convincing from me, he ended up spending $400 on a worthy combo.

I gave him some basic casting lessons, and was surprised he was able to get the fly out pretty decently. A couple trips to Biscayne Bay at night and he managed to jump a couple tarpon, but they kept spitting the hook. So I told him lets take a step back, and attempt something easier. We were off to the Peacock Grounds and had at it. Within 20 minutes, he got his first fish on fly. A decent peacock bass that was crushing pods of minnows. 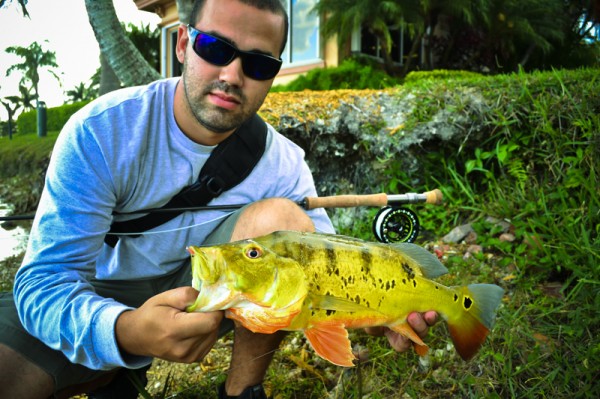 We continued working our way along the bank and came across schools of them, we picked a few off before calling it an afternoon. 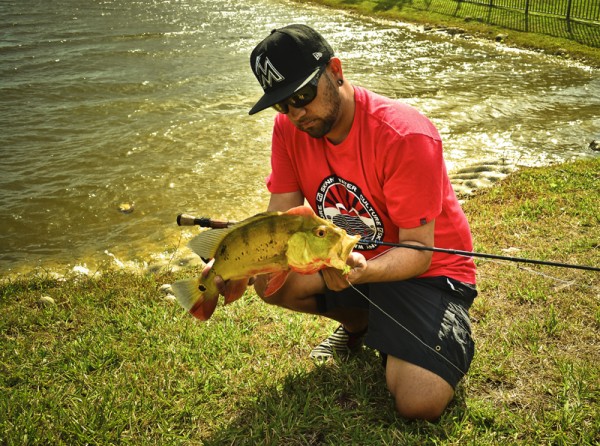 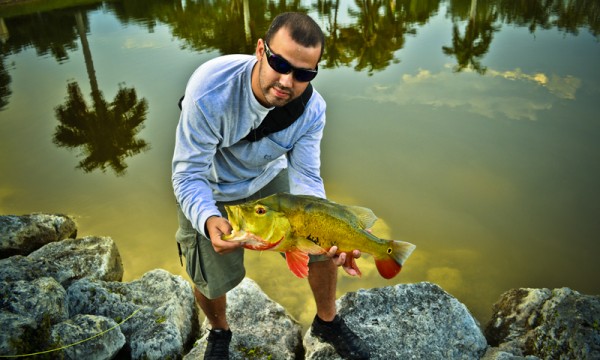 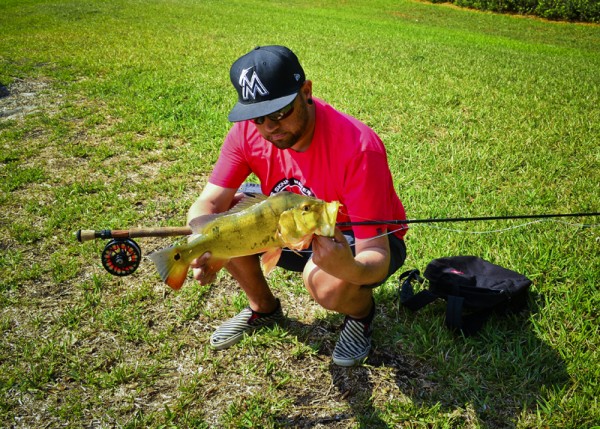 Here’s Dan with a big one! 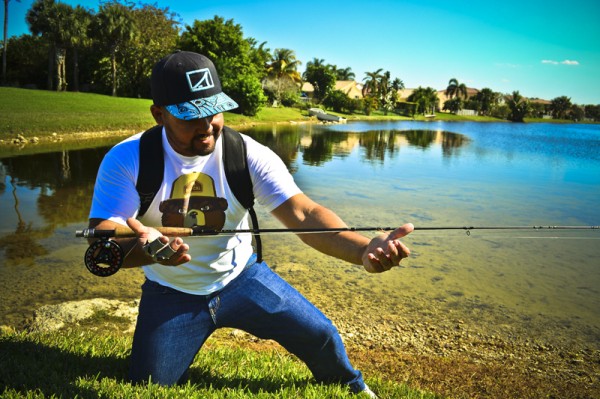