Let Me See Your Peacock

One of the coolest things about moving over to the east coast was being able to have numerous shots at Peacock bass. There is some back home, but just not in the number that they are here. Peacocks on fly are awesome. It’s so cool walking down the bank and seeing one just sitting there, waiting to be caught. The peacock fishing around school is kind of poor. I guess the 40 miles above Miami makes a huge influence in the amount of fish there are to be had. I did a little fishing around Boca and scored probably my biggest peacock to date. But once I caught this guy I never saw another peacock in Boca again…(Back when the beard was raging) 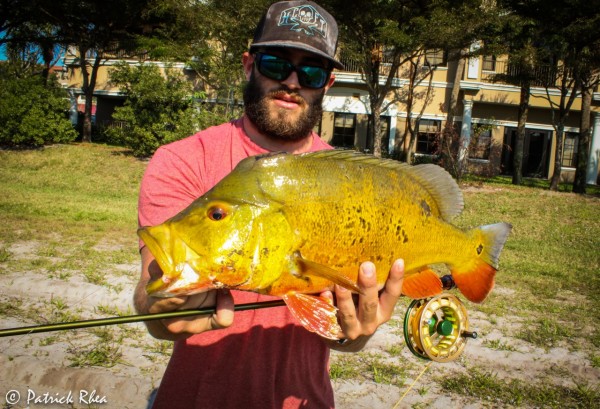 This last semester has been a tough one for me.  I got to fish saltwater a whopping two times over the past three months. Its just wearing on me.  I miss hitting redfish on the head and throwing at rolling poons till my arm almost falls off.  I finally got a day where the stars aliened and had the whole day to my self. (Which I thought would never happen.) I was debating on making the trip back home to Naples but with my boat out of commission and with no one in town I felt it was time to make my way south and chase some peacock. I had this area that I fished last year, actually the same week, and it held some really good numbers of fish. I called my good buddy up Thomas Babb.  I remember him telling me he had never caught a peacock before so I felt this was a great opportunity to get him down where he had a really great chance of getting one. We loaded up and made the short 20-minute drive to more southern waters. I was skeptical about how the day would go with the heavy cloud cover that Florida was happily gracing us with. We started walking the bank and within 50 yards of the parking spot we saw two nice peas. Thomas made a quick cast and his lure stood no chance it was quickly demolished. After a nice back and forth Thomas finally beached the beautiful fish and we snapped a few pictures and sent him on his way. It was a great sight seeing him check the peacock off his bucket list of fish. 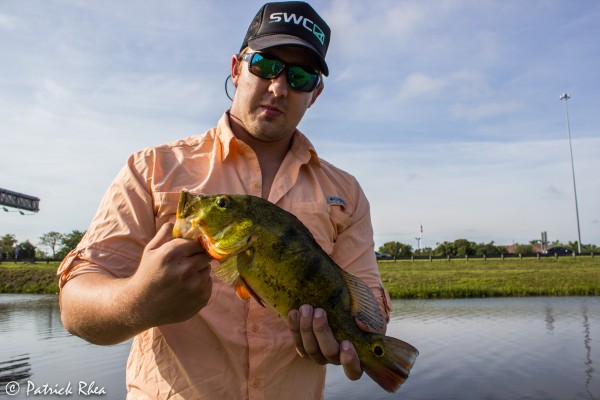 I figured the fish he hooked spooked the other fish but to my surprise he was giving me the death stare. I flipped the clouser out in front of him and he did not hesitate FISH ON! 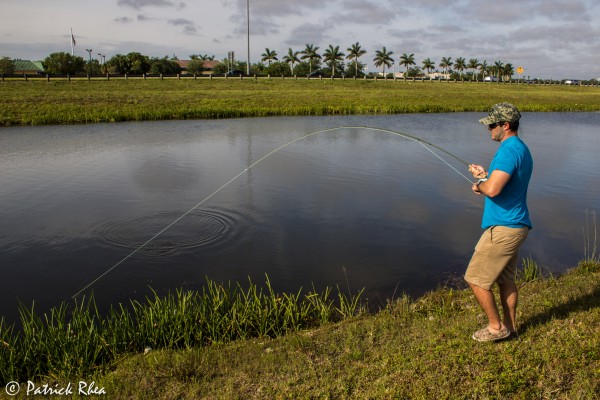 We walked the bank for another good mile not seeing anything we decided to pick up and move to another location. This was the best thing we did all day we started seeing fish left and right and before I knew it Thomas was hooked up on his second pea.

As he was fighting his fish I spotted a loner cruising down the bank and dropped a absolute shit cast to him but it didn’t matter he was hungry and just crushed the fly! We started just hooking fish left and right turning what I thought would be a mediocre day into something really special. 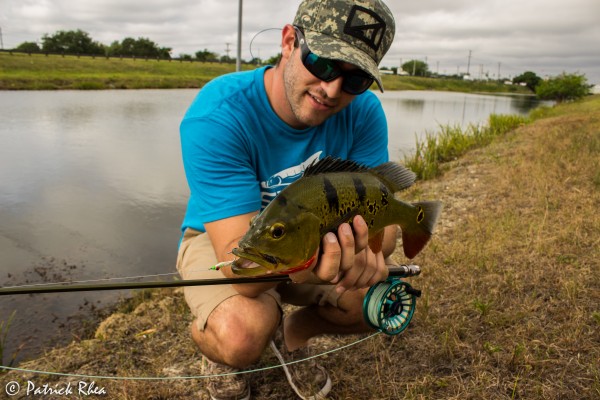 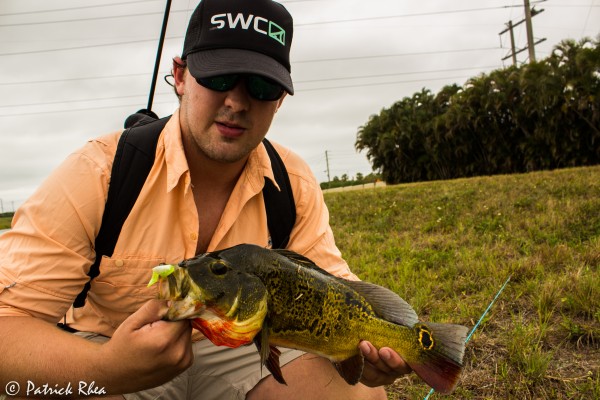 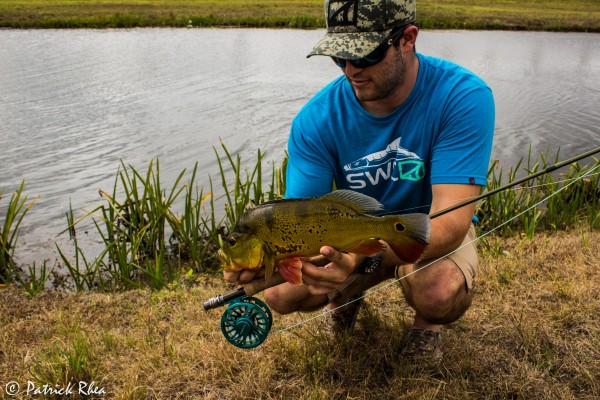 As the rain started to push us away I landed one last pea and we called it quits right before buckets of rain started coming down. The trip was a huge success,  Thomas getting his first pea and for me to finally get a tug on my ever so dry line.