Somewhere between New Zealand and Mongolia lies Central Oregon.  Within the gin-like tributaries of the area are the trout that time left behind.  The bull trout is nothing more than a landlocked dollay varden char, that attain amazing size and take giant prey.  They come out of lakes or even larger river systems to spawn in the smaller tribs. during the fall and will often kick it there through the winter. 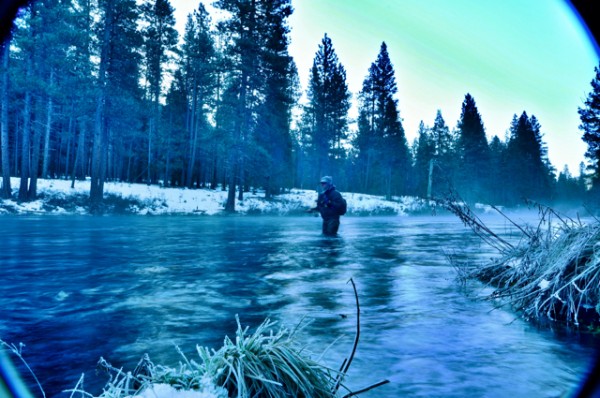 The rivers are often so clear that you can scour every inch of holding water given the right lighting and elevation.  The current of these tribs. is usually swift and there are sometimes miles between different sections of possible winter holding water, which leaves little for them to hide in. Bull trout usually choose to lay in deep, almost dead water, seams, cover and glassy slicks. 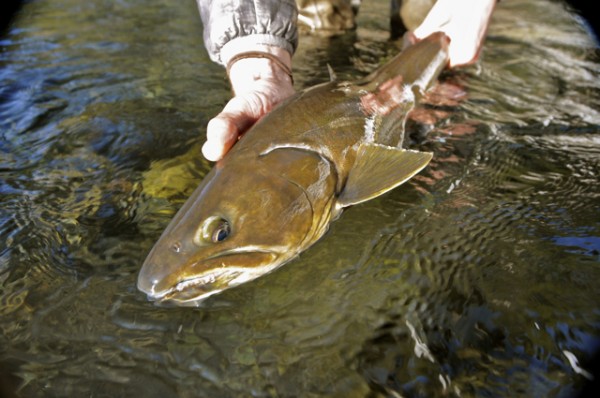 Searching with big streamers and one angler’s elevated eyes was the way to go. If you couldn’t see into the hole, you could at least probe it with a partial varmint.   The task at hand was finding them, but the two handed task was getting them to eat.  Spey rods were an obvious advantage on some pieces of water, and nymphing them once you spot em’ was the best way to make use of spotted fish.  Some of the better water we fished didn’t permit the use of split shot, which just complicates things.  Heavy, heavy tungsten nymphs and weighted streamers/sinktips were a must.  It was also deemed barbless, which made things a bit sportier for these dinosaurs. 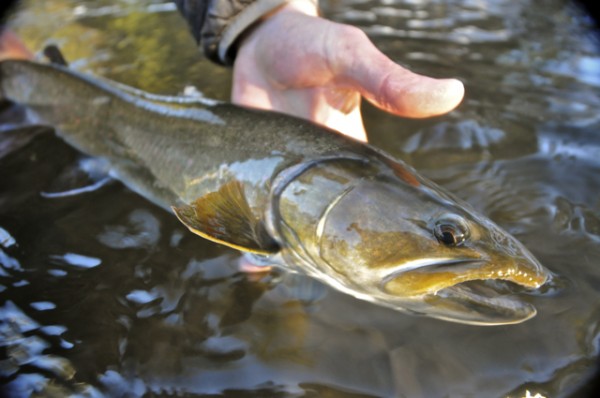 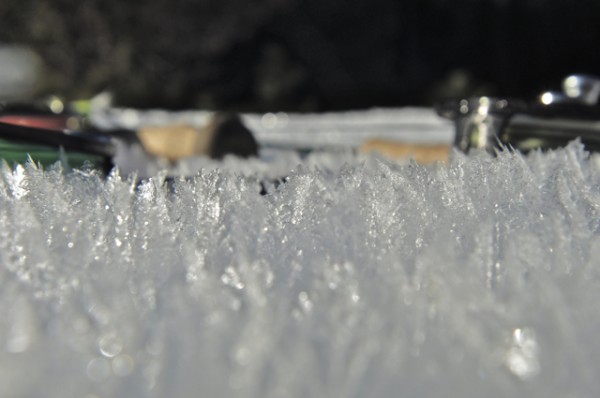 Tippet shy?  Nah, they liked a variety of nymphs on whatever X tippet, the heavier ones usually worked better.  These fish seemed to love the taste of tungsten.  Getting worked by a trout was one of the most humbling feats ever, backing was seen and heavy tippet was snapped.  Those crazy rumors of larger bull trout chasing in fish that you have hooked are ridiculous and completely accurate.  I thought about dropping a large streamer with another and hope for a double, he. 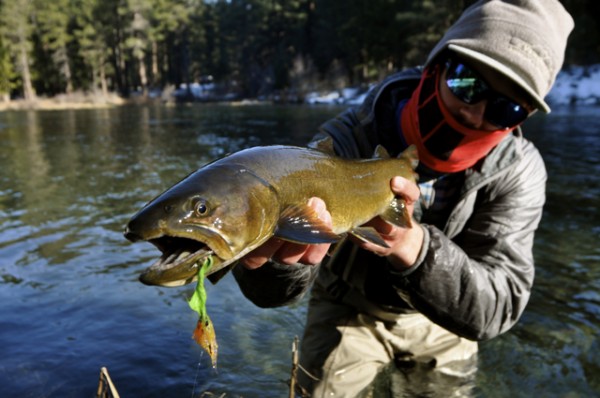 Cougar tracks, Bull Elk, Coyotes and flesh eating salmonids in combination with the generally wild surroundings were something that I’ll personally never forget. It was an endless and involved search for fish as if the next decision of up or downstream would dictate at least the next year of your life.  Central Oregon and bull trout now posses a dinosaur bite-sized hole in my heart. 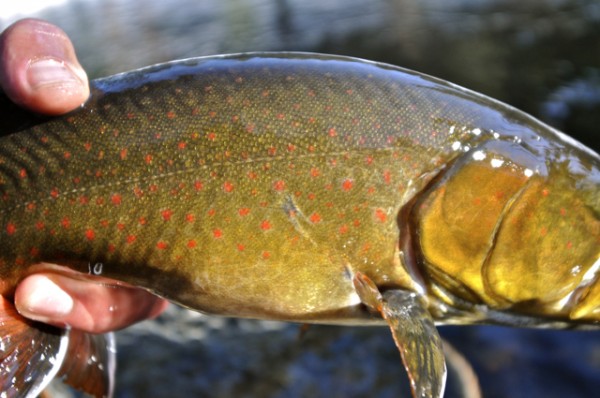 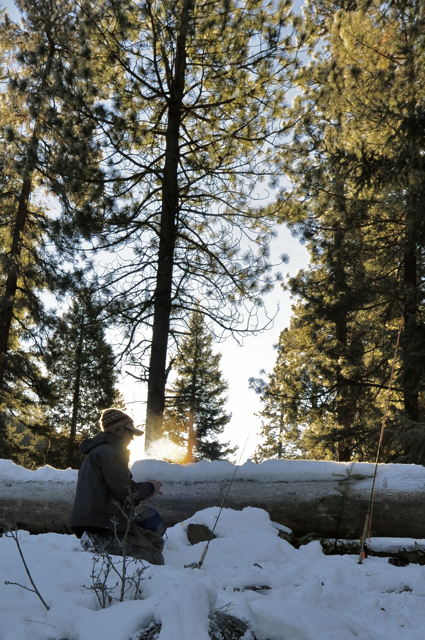 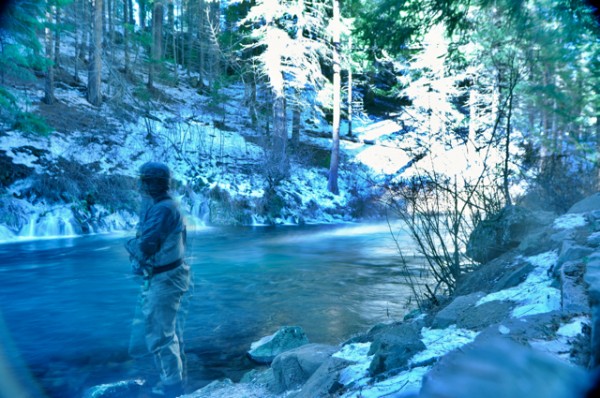