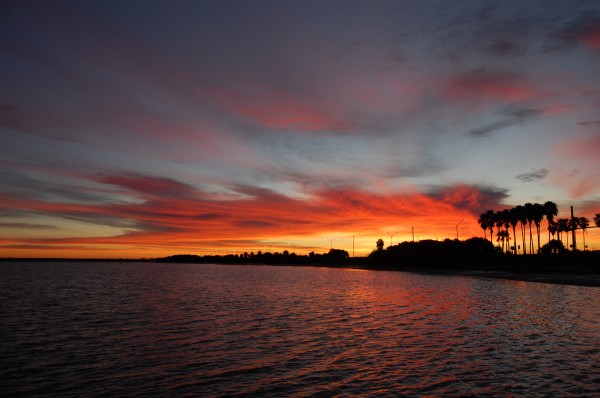 Just a few days past January first my son and I had planned a fishing trip, he is nearing 17 and fishing time with Dad is not as important as it used to be. He’s more interested in his girlfriend,  hanging out with his buddies, hunting and creating his own art as a fly fisherman. The wings are being tested, soon enough he will leave the nest to try the world on his own. That leaves us little time to fish together, and I have to take what I can get in short clips, here and there. We decided to fish south of our comfort zone, but a place we know well, a place we enjoy fishing. On the way as Jake was driving I came across this post on Facebook from one of my friends, it was with me all day….

“I am so ready to just give up… It seems that I am not where I want to be and I just need to tell everyone to just kick rocks. So fed up”

After reading this I tried let it go, but it remained in the forward part of my mind as Jake and I began the task of searching out redfish.

I advanced the throttle and pointed south, the sun was just now breaching the horizon, and the colors were magnificent! At our first stop we anticipated what was lurking beneath the surface. Would they be hungry?  As we fished, we talked of things of little importance; I did my usual fatherly duties of lecturing about how he has to take more responsibility because he is becoming a man, blah, blah, blah… I remember these same talks with my Dad at his age. It penetrates, not all the way through, but I think enough sticks so that the point is made.

Fishing the southern end of Tampa bay the bite was not that good, we were not “kicking rocks” but we were not catching the bronze fish we envisioned on the big negative low, it was not what we had anticipated. We had visions of tailing redfish that would eat our flies, the reality was, the wind was blowing just a little too hard to fly fish and it was blowing the wrong direction keeping the water from reaching its predicted low. This tide was at the ugly level, not low enough to push the fish into the holes and edges of the salted flats, but just high enough we could not access them in the skiff without bailing out and stalking them on foot. Jake and I bounced around the little bay and settled on the east side, out of the wind. We had given up on the long rods and now were tossing plastic DOA shad tails, into a dense school of mullet. Jake penetrated the hard jaw of a hefty redfish maybe a minute into the drift, as he brought the fish boat side, I hooked up. Unfortunately our bite did not last much longer, we each got another mid slot red to the boat, but that was about it other than some dink trout. 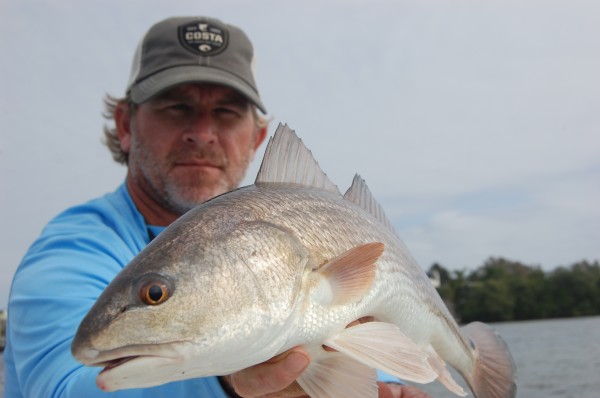 As we ran across the little bay in the skiff, the wind was diminishing. The menuquita came to rest in an area we like to call the pond, shallow sand and mud flats, with a prominent drop that holds fish on a low tide. Jake was on the bow, I was on the platform pushing and looking. It was my turn to spot fish for Jake, and I spotted a couple of shadows. “1 o’clock” I whispered, Jake pitched his bait past the shadows, worked methodically to them, gave a twitch, perfect timing, the fish ate,  Jake had a nice redfish on and another was trying to chew the plastic out of the stuck fishes mouth, I quickly tossed out next to his fish and hooked the other one, ” DOUBLE” I yelled, but I was premature, Jake lost the hold on his fish, as I was still fighting mine atop the platform, Jake snapped a pic just before my line fell victim  to (in afterthought) a previous fray . 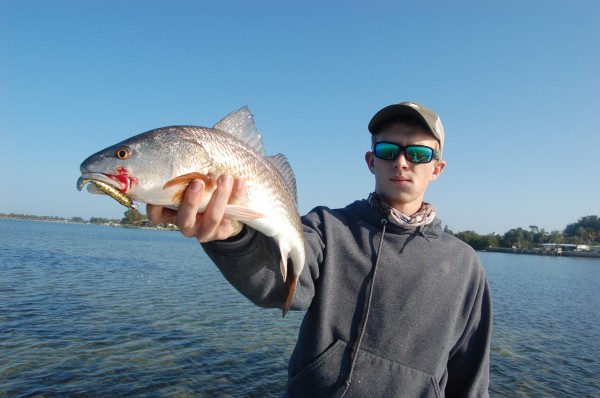 Jake and I had called it a day we had a meal in the one redfish we harvested, and we were hungry. Jake took the wheel on the ride home. I thought about the post I had read on Facebook that morning off and on during our time on the water. I reflected on my career and how I’m not really where I want to be in my career as a charter Captain. I thoroughly enjoy my chosen profession, I am passionate about it, but I too am not where I want to be, and I’m really not sure where it is I’m supposed to want to be.  I’m definitely not kicking rocks, I’m making progress!

I finally settled on the fact that I am on a journey leading to an unknown destination. Along the way I have met and fished with some awesome people, celebrities, Doctors, attorneys, CEO’s, business owners and guides like me. I have spent time with some very different personalities, some wild and unbelievably crazy (maybe for another article), some quiet and reserved and everything in between.  I have taken in many things in along the way, and they all make me the person and guide I am today. I don’t think anyone is really where they want to be. In my opinion, where you really should want to be is on the path to where you perceive you want to be. It’s the journey where the memories are made and the stories are born, the destination is merely the end of the trip.  If we give up on where we want to be, we will miss the ride to make us who we are to become, and maybe that is where we are meant to be.