Sometimes, I look at peoples’ photos of their expensive flats boats on social media and jealousy floods my senses. I’ll be faced with a seemingly impossible paddle against gale force winds. I’ll miss a fish because I can’t stake out in time to get a cast to it. My fly line will get caught on something and I’ll miss a shot at a trophy fish. Kayak fishing can be frustrating for me sometimes.

But, there are those rare times where I fish places where those fancy flats boats can’t get to and have a fishing day that some people only dream of. Recently, I had one of those days far in the backcountry of Tampa Bay.

The conditions were against me, it was windy and cold, and I was bundled up to the point where I could barely move. I was nearing the end of a my long paddle and I thought to myself, “there’s no way I’m going to have a good day.” Just as I had that thought, I turned the corner and tarpon were rolling everywhere and rocketing out of the water chasing bait. I quickly set up and started casting. For the next two hours, it was micropoon heaven. 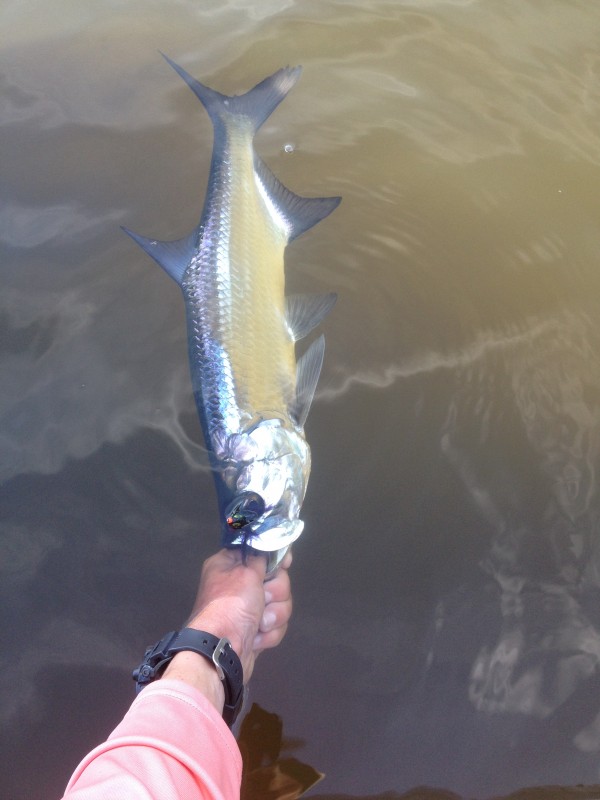 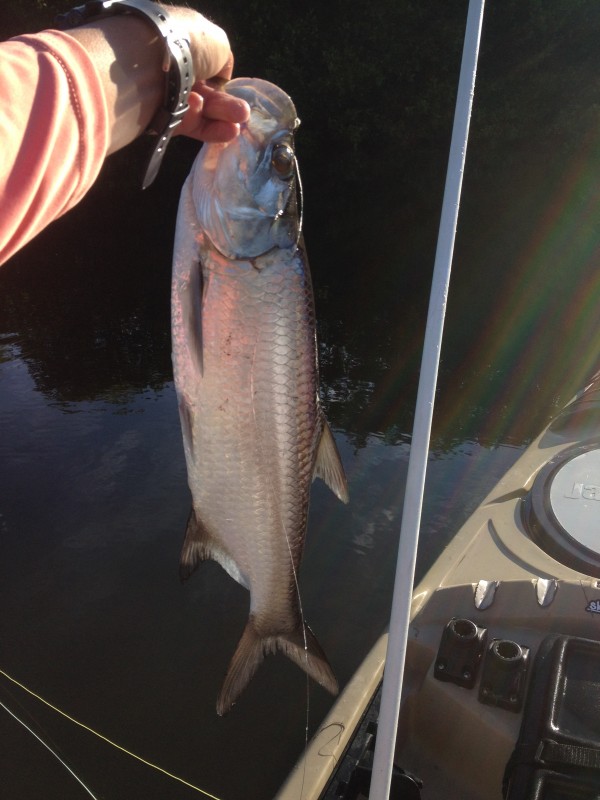 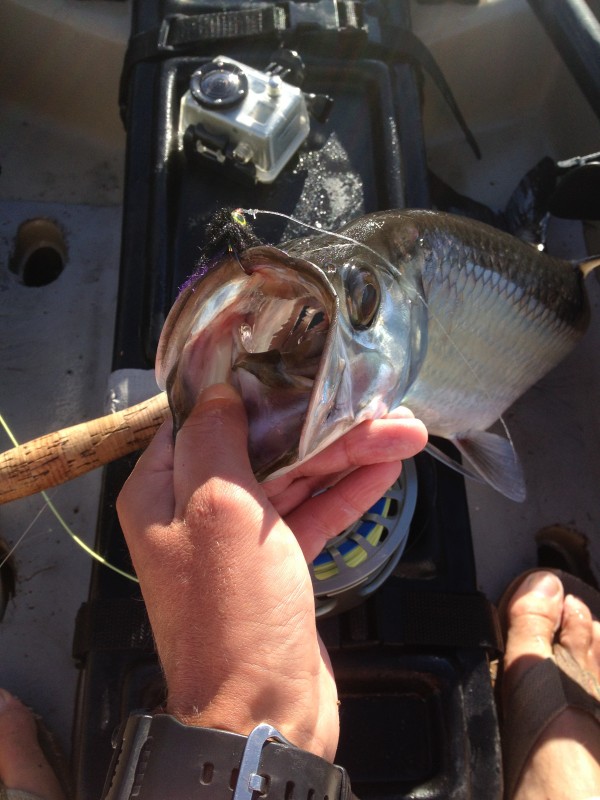 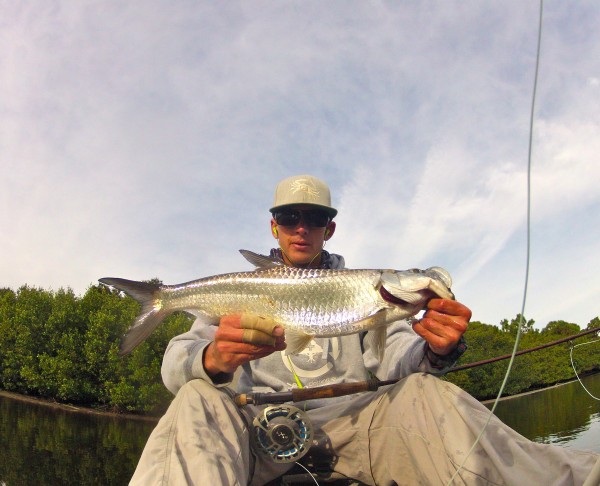 I caught more tarpon than I ever have in one day and then the bite shut down in an instant. I was both ecstatic and sad, I caught so many fish but it was over. I figured the peak of my fishing day was over.

I paddled over to a spot where I regularly see huge dinosaur snook. I’ve been casting to these snook for a year off and on, tying and throwing every snook fly ever created with no luck. I’d had luck with them in the summer when they’re wrecking everything in their path but I just couldn’t get an eat from these wiry backcountry fish. I started casting and it was the same old story, follows promptly followed by loss of interest. I saw a group of snook coming my way and quickly made a cast right on top of them, spooking the first two fish. I sighed to myself and put a cast to the last fish. I brought the fly directly in front of the fish and it stopped, looked at the fly, and hit it like a freight train. I was so stunned, I’m surprised I got a solid hookset. An epic battle ensued full of vicious head shakes and jumps. I’d get the fish to the boat and it would rip some more line out. I played the fish, petrified that it would wear through my light tippet, but somehow I managed to keep the fish out of the mangroves and landed my first creek monster on fly. 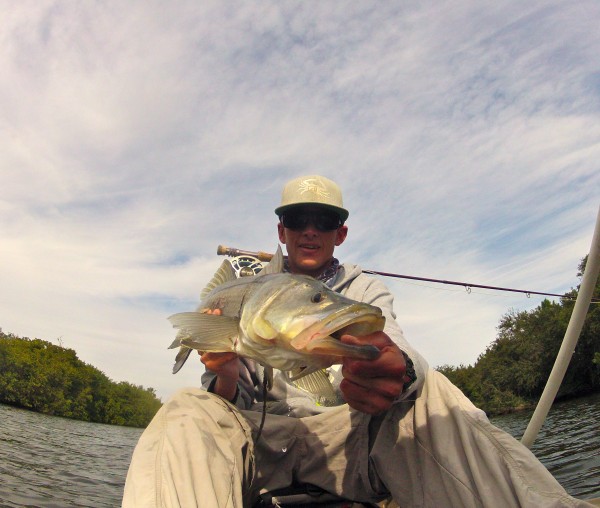 For some people, days like this one happen frequently, but for me they are a rare treat. I still want a fancy flats boat, but there are elements of kayak fishing that I will always love. It has taught me to keep it simple and appreciate my surroundings, and provided me with a way to chase fish. Even though I lose gratitude for what I have occasionally, days like this one that remind of what I live for – getting lost in the backcountry, nature, solitutde, and hunting the game fish I respect so much.