Happy New Years everyone!!!! I wanna start by apologizing for the lack of posting in such a long time, I recently moved to a rural area with no internet. Aside from that I’ve been fishing quite a bit especially since the SWC Godfather “Vince Stegura” was nice enough to lend me his Gheenoe for the last 2 months. All good things must come to an end, as I returned the Gheenoe this past weekend to Vince up in Clearwater, FL. On the way up there Friday night, Jenn (Vince’s Wife) told us that we should fish the ‘RED FLY” Tournament in Tampa. Jason (PK) and I were up for anything, even though we have to clue how to fish Tampa Bay. Once we arrived at the SWC residence we were greeted by some mouth-watering steak Vince had put in his new grill. We celebrated Joe Mirrione’s Birthday that night before he headed back down to South Florida for the next 2 months. We drank, we ate, we had a great time. 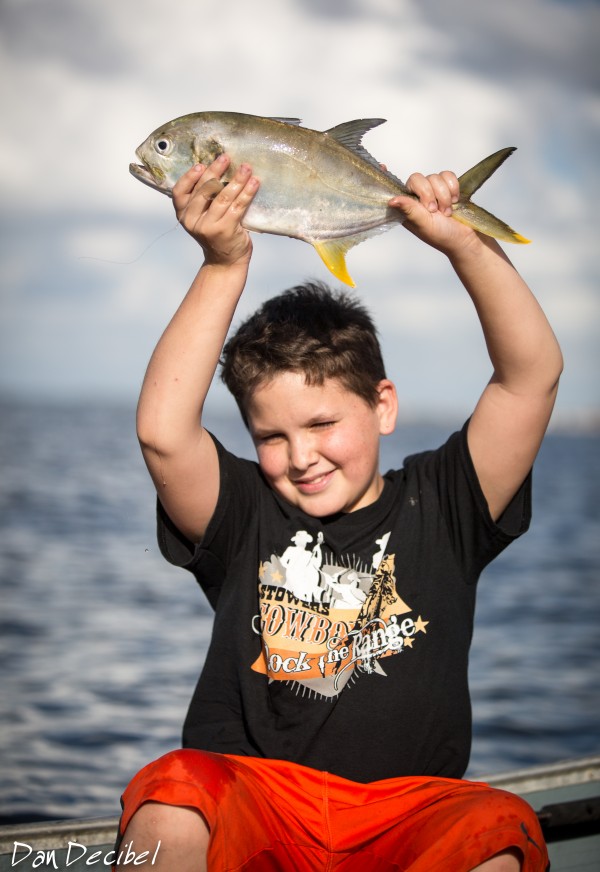 Next morning we woke up super early and headed to the “Red Fly” tournament check in with PK, Court, and Vince. We got our poker chips and we were on our way. At the Marina, I decided to get some extra weight off my stomach, I felt like a new man. We jumped on the Gheenoe and headed to the fishing grounds…or so we thought. The tides were so low we had to push over some bars in order to get some bowls of water. We were so happy it was hard bottom compared to our home waters of Flamingo. 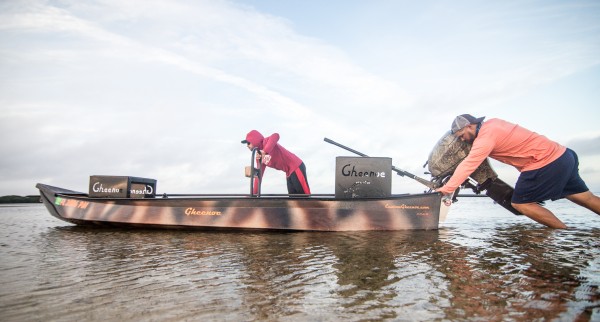 Right off the bat, we sight casted a nice little snook and we thought we were gonna be in the fish all day…boy were we wrong. As the morning swept by the winds started honking and things got difficult. We poled for a couple of miles with no Redfish to be found. We moved locations only to find like 30 boats with trolling motors all within yards of each other. It was definitely pretty crazy. 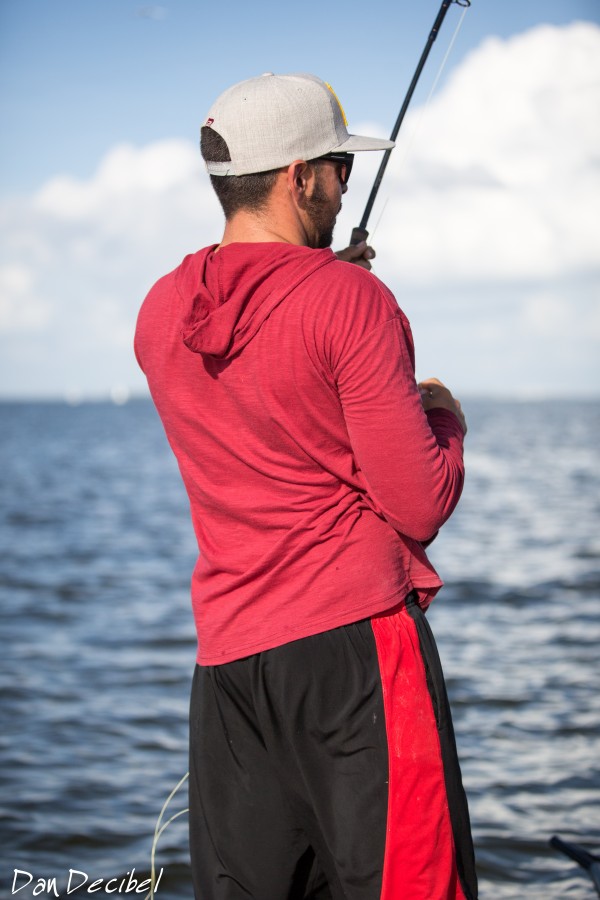 We started the engine and got away from everyone. Hugging the mangroves and listening to music was epic, specially fishing unknown waters. We were able to find tons of sheepshead with full bellys we tried for about 2 hours and couldn’t get any to eat our flies. We finally ran into 2 redfish but it was way to late to cast at them. We knew there was no way of catching fish. As we made our way back to the Marina we ran into a bunch of schools of Jack Cravelles eating glass minnows on the surface.We took advantage of this situation and the fun began. 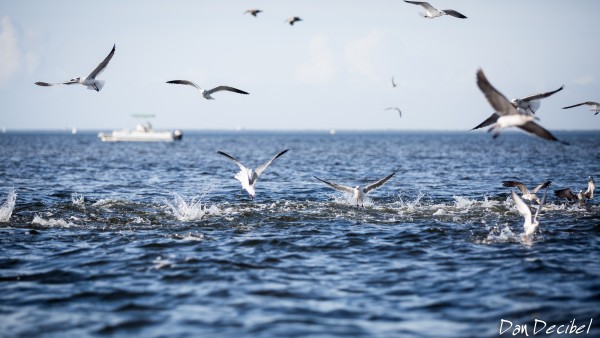 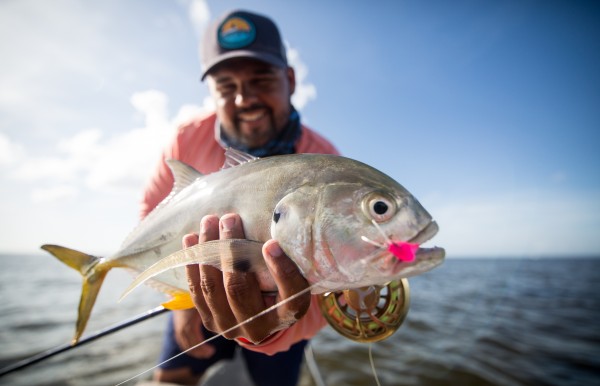 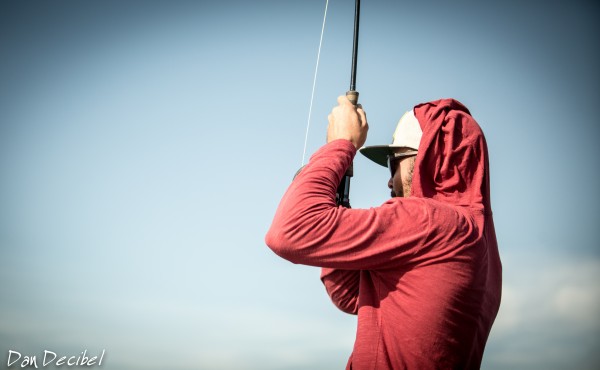 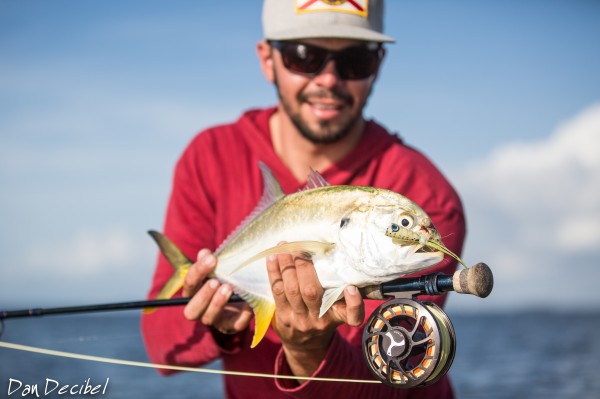 We ran into some kids and their family who were out fishing in canoes, we could hear them in the distance as they cheered for us when we hooked up on the schools of jacks. Since the wind was blowing really bad, we wanted to share our experience with the kids and get them on the fishes well. Since their fishing methods were not working for them, we gave them some jigs that Vince had laying around in the gheenoe. We offered to tow them in order to get in front of the schools without the hastle of paddling long distances. 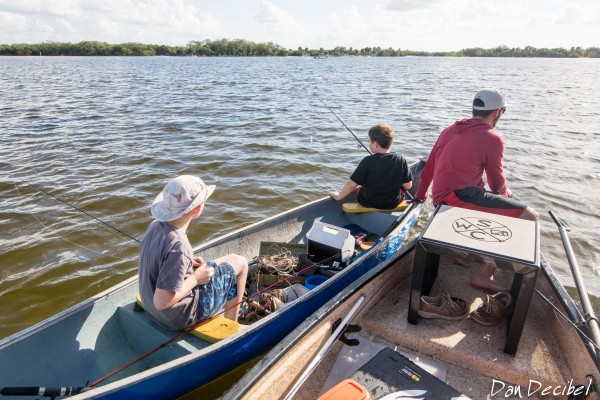 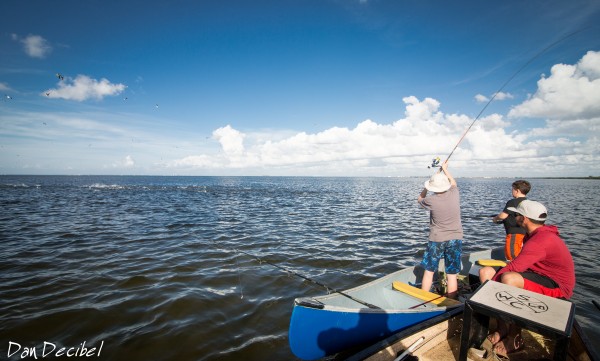 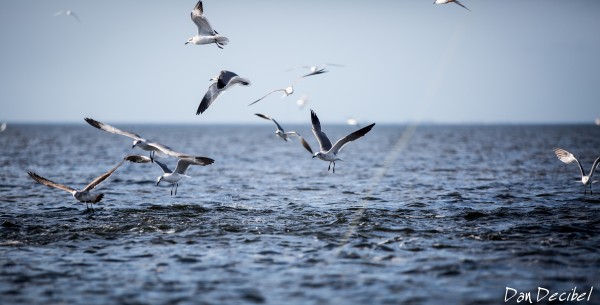 We did couple of drifts and we were able to stay on the fish with multiple hook ups. The look and expressions on the face of these kids were priceless, they were fascinate as the jacks came up and crushed the top water jigs. They reminded us of who we were and who we are. 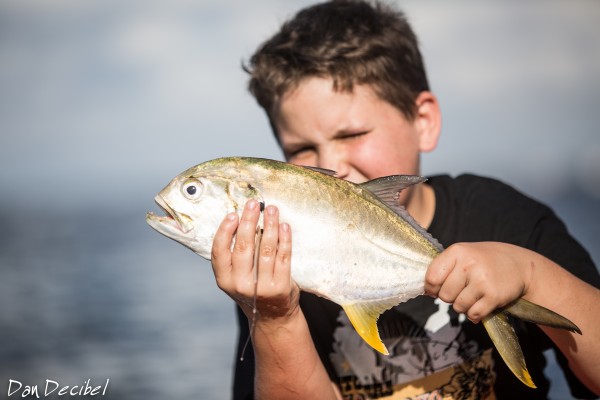 The fun was non stop, I was motoring most of the time just cheering these guys on as the schools got closer and closer through each drift. 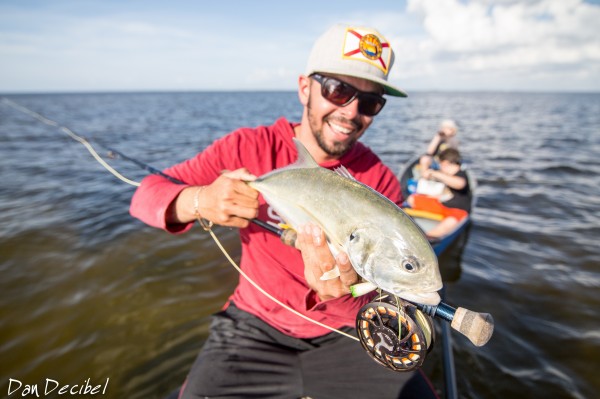 Vince called me and was nearby with Court, I quickly told them to join in the FUN. I had seen them in the distance with some schools headed towards their way. Covered in birds was a dead giveaway that they were on the fish. 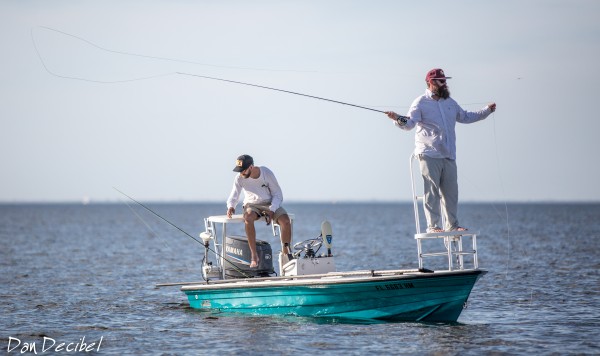 Im so glad we didn’t decided to keep on with the tournament and get some good people in on the fun. We gave the Family a tow back to the marina so that wouldn’t have to paddle against the brutal winds that day. It was a great weekend Fishing, Partying, and enjoying the company of others. As always I would like to thank Vince and Jenn for their hospitality and the open arm invitation every time we come up.