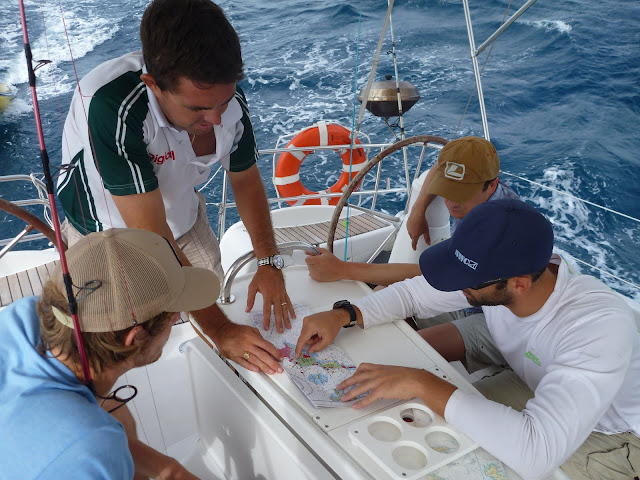 Early morning and it is pitch black outside as we load up the SUV with all our gear and food for a week long excursion. We drive down deserted roadways still wet from a weeks worth of rain dodging stray dogs, cats, and chickens. Arriving at the harbor we lay eyes on our home for the next five days, a 42 ft. long sailboat appropriately named the “Sea Dancer”. 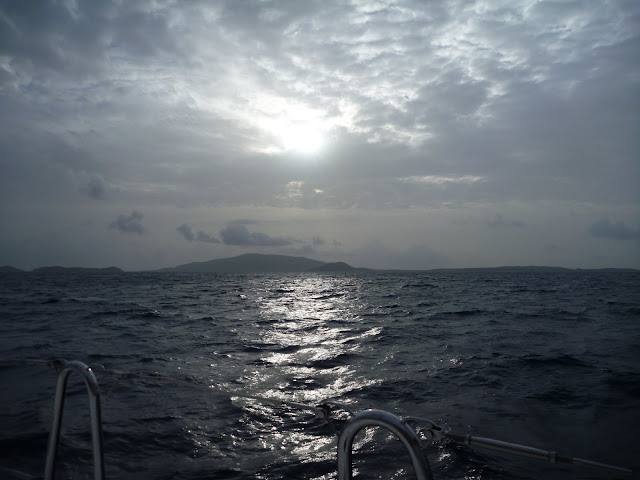 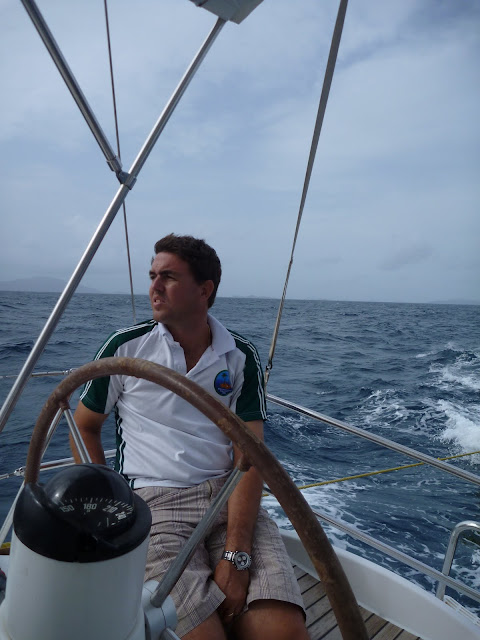 Our Captain & Local Flats Fiend: Alex Davidson
Soon we are launched, and I find myself on my very first sailboat ride. I am in the moment, on a boat like Leo, bustin five knots with the wind whippin at my coat. We are heading north with high aspirations for some above average bonefish and maybe an elusive permit. Along the way we are trolling a spinning rod and a 13 weight intent on dredging something up from the deep. As we make our way to an outcrop of rocks rising from the seafloor, the spinning rod doubles over and Matt finds himself fighting a nice Yellowtail Snapper that Stephan tails and hoists for a victory shot. Things are quiet for the next few hours as each person on the boat prepares themselves mentally for the next few days. 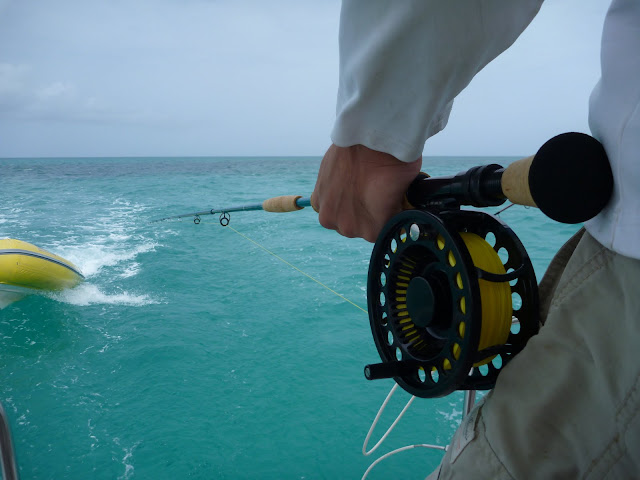 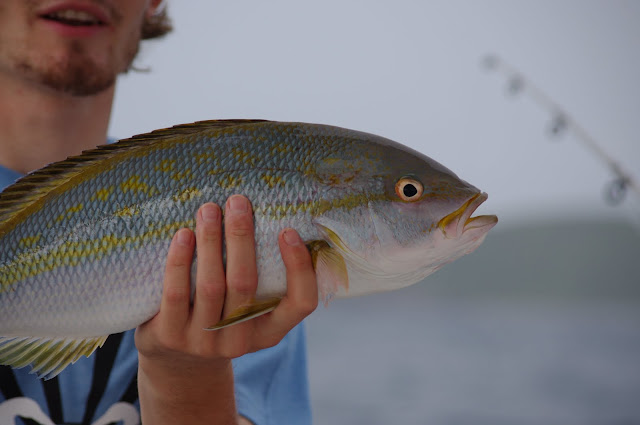 Yellowtail Snapper
Soon the island appeared in the distance, its tallest point appearing as whispering pines. A sailor’s map was pulled from below and we hovered around like soldiers discussing the plan of attack. The group divided in two with one armed with a rental vehicle to assault the wadable flats and the other given a poor man’s dinghy to fly up the coast. Adam, Matt, and I manned the dinghy and spent two hours working our way east against wind and heavy seas. All our gear and clothing soaked through with salt and our asses were sore from the journey but we stepped out into a sandy flat as far as ours eyes could see. 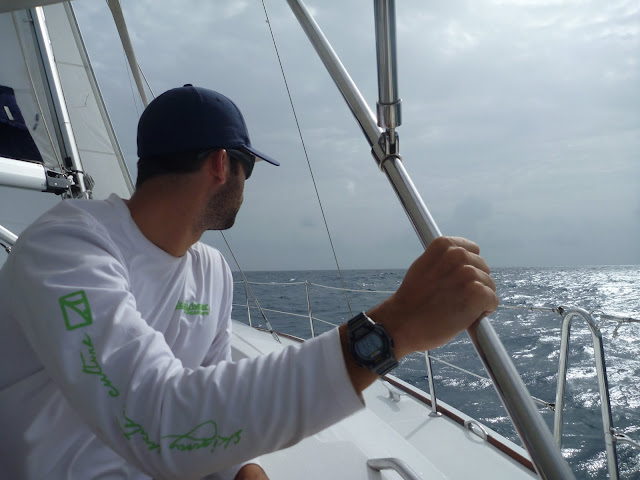 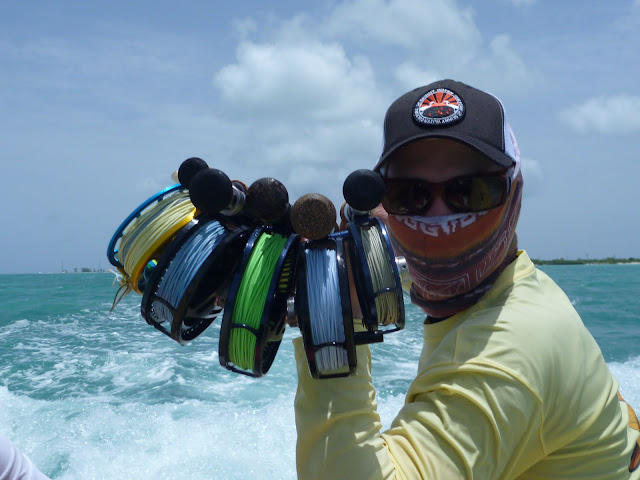 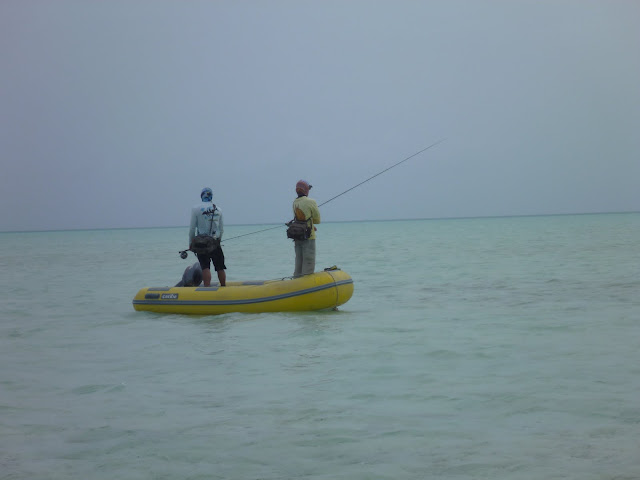 Poor Man’s Skiff.
As we slowly made our way back west, we floated with the dingy and waded into the sun with the wind at our back. After a half mile of nothing but sand we found several pods of bones and played a game of cat and mouse until the sun began to set. Adam and I failed on several chances due to severe cases of buck fever with Matt coming through in the clutch nabbing a nice 4-5 lb. fish. The bones were nearly invisible on the sandy bottom so we resorted to stalking into 30-40 mph winds to obtain better visibility. 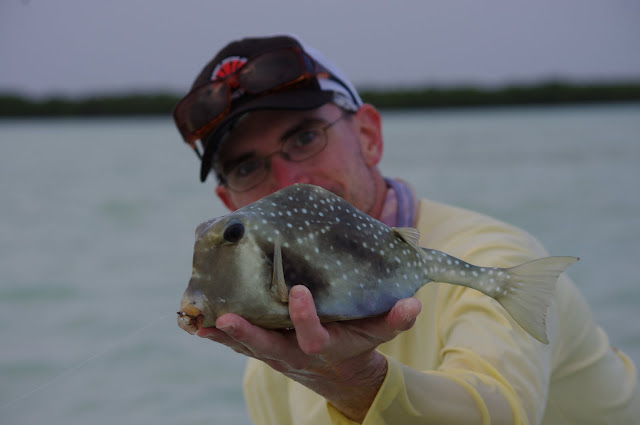 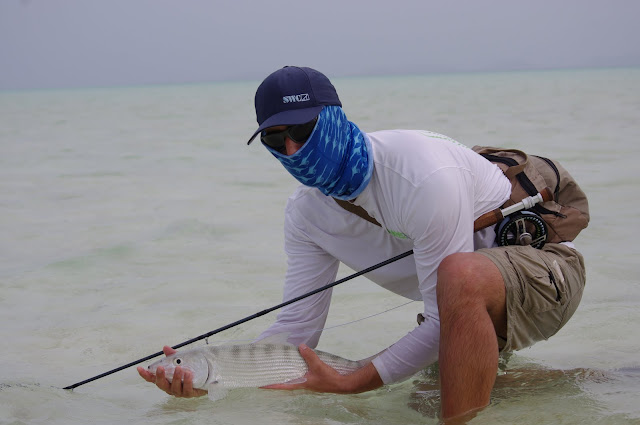 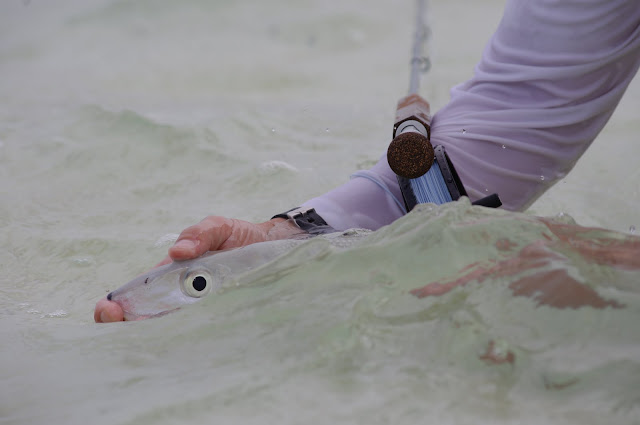 Invisibility.
Around 6:30 we realized that the sun would soon be setting and we had a long dinghy ride back to the boat. With the wind and current at our backs, we cut the time in half and arrived by headlamp to reconvene with the rest of the guys to tell tales of fish lost, landed, and released.
Share
Share on Facebook Tweet on Twitter Pin on Pinterest
Back to Blog