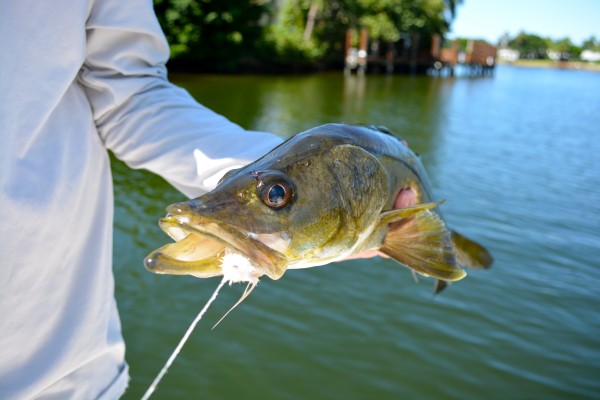 As a college student away from home, the thought of getting back on my home waters is always on my mind, so when the opportunity presented itself for me to head home I jumped on it. I packed swiftly, making sure I had the essentials, my SWC hat, fly rod, and whatever clothes were clean. Leaving my apartment here in Auburn, I started my drive to the Atlanta airport with thoughts of casting to some snook and redfish that are ready to crush a fly. Once I got into Fort Myers, my Dad picked me up and we jumped on I-75 heading back to Naples. There is no better feeling than that of getting on my family’s boat, with my younger brother and my dad, who are arguably more excited to have me home than I am to be back on the water. 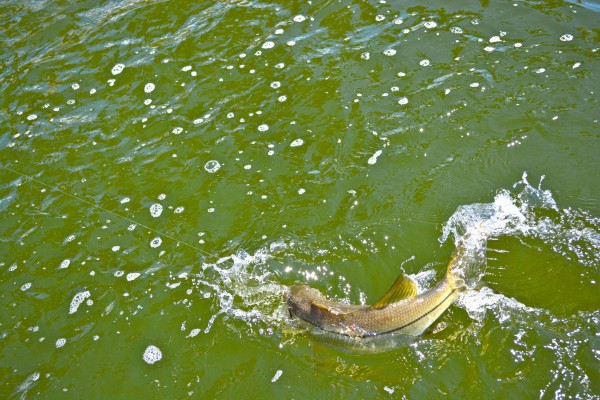 We started off the morning at some of my old hotspots warming up with a few snook on spinning gear. I then busted out the 8 weight and with the second cast the first snook was in the boat. It wasn’t a big snook, but it was a snook, and that was thrilling enough on its own compared to months of brim and largemouth bass. 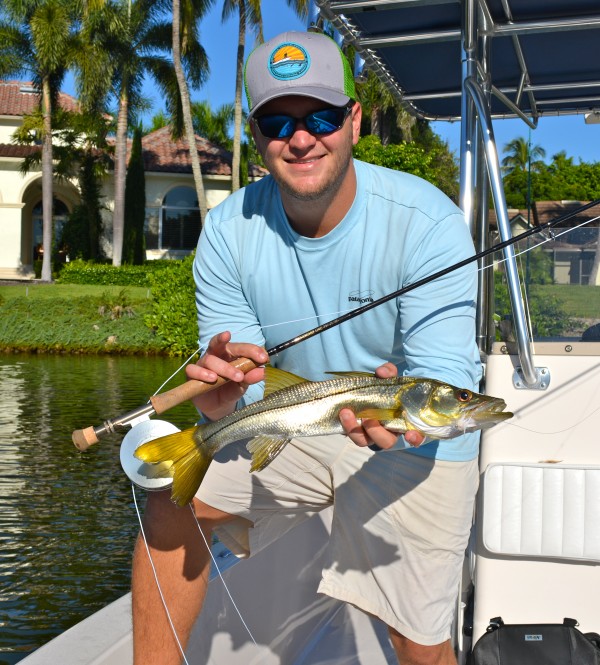 We cruised down the bank of a mangrove shoreline looking for signs of life. Within a minute of being there, three reds started tailing as they were excitedly feeding together. A decent cast to the front of the trio caught all their attention as the bigger one slammed my slider and was quick to get to the reel. After an unfortunate hook pull and a few curses under my breath, we were moving spots.

After a quick run it was my brother’s turn to jump on the bow with the fly. Man, how cool it was to see a young guy cast a fly rod beautifully and accurately, after only starting this past summer. Harrison is twelve now.  I saw a nice snook sitting perfectly still at the end of a dock and brought our Pathfinder over slowly. Harrison spotted him soon after and dropped a soft accurate cast. One strip later this 30” plus fish slammed the fly and started testing Harrison’s fighting skills. 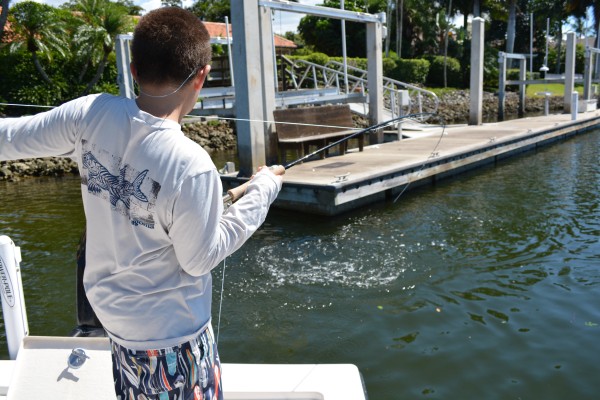 After a tense five minute battle this fish took one more long run and cut the tippet on a piling. The little man was upset about the fish he came so close to landing, it would have certainly been his personal best.  With a quick recovery, Harrison put a new fly on and the next dock had some more snook willing to play. His cast landed in the middle of five fish and it was a race for who would eat it first. He hooked up again and this time we brought one onto the boat. 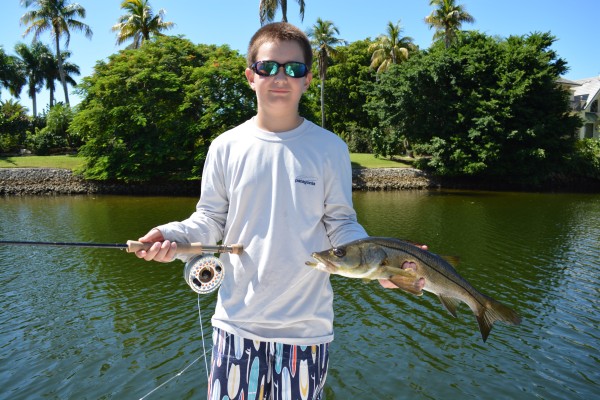 After that it was snook after snook being unhooked as we switched off getting them on fly. After catching a few myself, I was perfectly content just getting some photos. 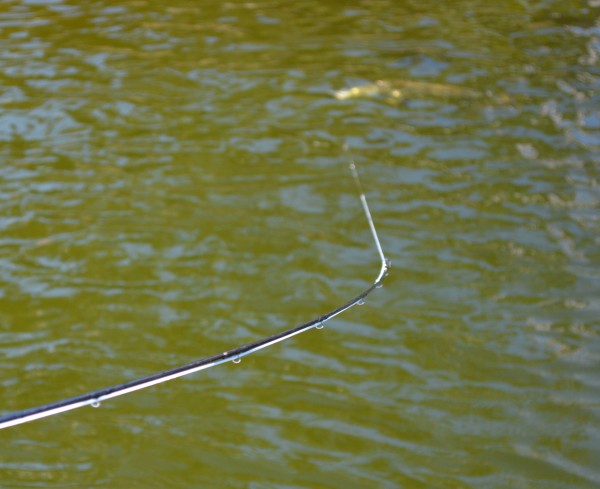 The fish were ferocious everywhere we went, slamming schools of bait next to the boat and willing to eat just about everything we threw at them. It was just one of those days. We didn’t land any monsters but that doesn’t mean it wasn’t memorable. 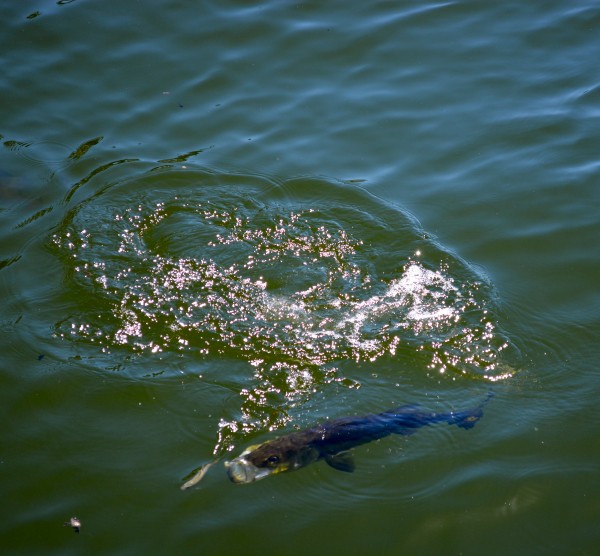 Seeing my brother cast the fly like a veteran and just being back on that water was so gratifying. These are the things that make fishing so meaningful to me. It’s easy to take the local fishery I grew up on for granted when I’m away from home. Until next time, Naples.