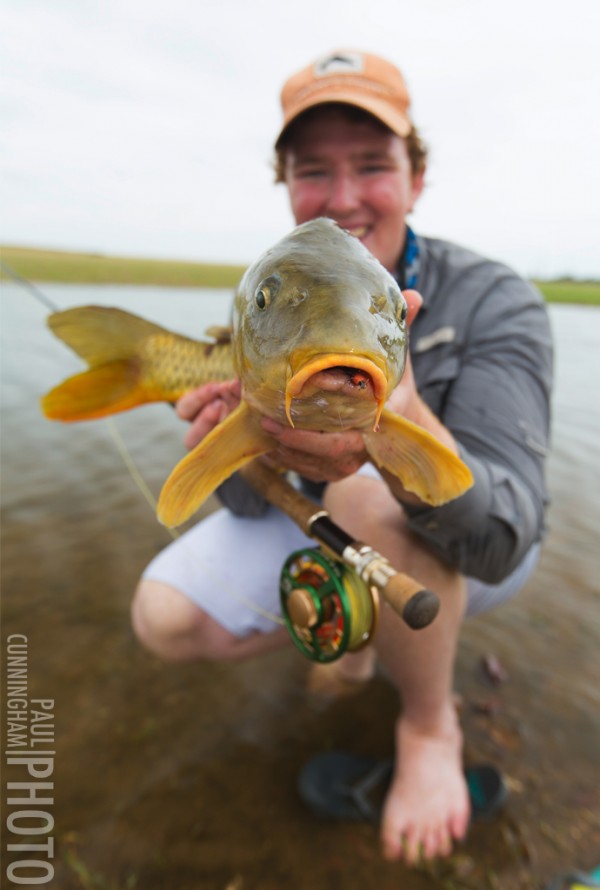 Social media is an amazing thing. The connections, relationships and camaraderie that can be formed at your fingertips is mind-boggling. I am currently on the east coast of Australia. I’m here for a wedding, to do some exploring and to spend time with distant relatives. Upon leaving Sydney I posted a photo and asked ‘out there’ for input of what is the thing to do when heading to Tamworth. Before long, people who I had never physically met, but whom I somehow trusted, were giving me some great info and through all this I was introduced to a young gun fly tier, Ben Hohnke. He put forward an invite to chase the local Hillbilly Bonefish population and not long after we were rigging lines, talking feather chucking and comparing his fresh inland waterways to my warm Pilbara mangrove lined salt flats.

These fish are nothing short of hilarious. They are one of our nation’s pests and a trout fisho’s pristine habitat destroyer but when you spot a couple of feet of Carp mooching around in 3 inches of water it suddenly shakes all its negative reputations. With the wind blowing onto our backs we knew that they would be feeding hard along the gravel beds and high in the grassy bays and were not long into our first session before we came across our first fish. This thing was jet black in the water and rushing with a bit to much excitement I gumbied the shot and no hooks were set.  Ben’s fish was a cracker and the set of images below show you exactly how it went down. 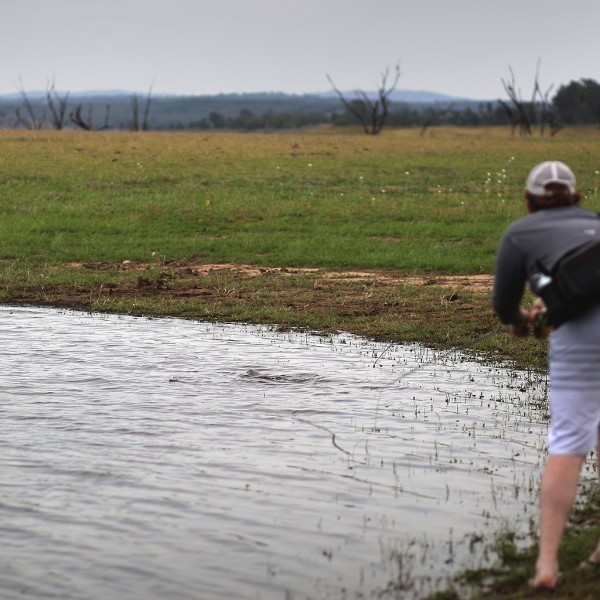 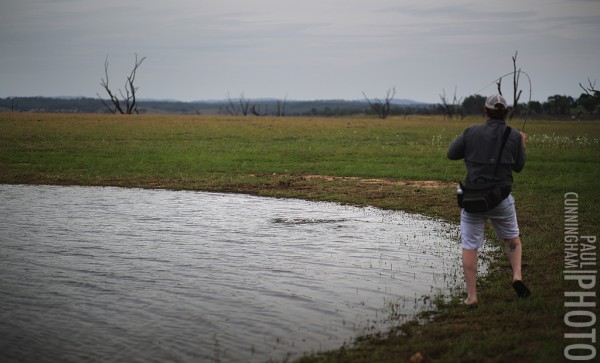 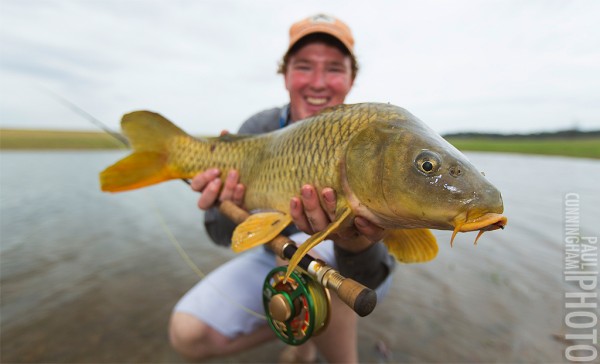 Sitting high in the grass this fish was heavily feeding on the grubs and worms hidden in the grass and with no hesitation scoffed down Ben’s orange fluff ball. These fish really struggle to fight when right up in the shallows but once they make to deeper water they put up a great tussle in close mixed in with a couple of solid runs into the backing. Ben was armed with a 6wt and myself with a 5wt. This session had us land half a dozen fish between us, the biggest going 74cm. I’ll tell you what, I have never had so much fun chasing ‘A piece of crap’.