Lately it’s been hard to get things out in words, I choose to let my pictures do the talking with a little insight if the feeling takes me. But the experiences I had last week must be shared.
I was recently invited to run a Bluegill tournament as a precursor to the Project Healing Waters 2-Fly Tournament at Rose River Farm. The 2-Fly is a major fundraiser for Project Healing Waters. Flyfishing Guides are paired up with Heroes, and they compete with other teams. Ill not go into the details of the main event, but there is plenty of info available at www.projecthealingwaters.org. 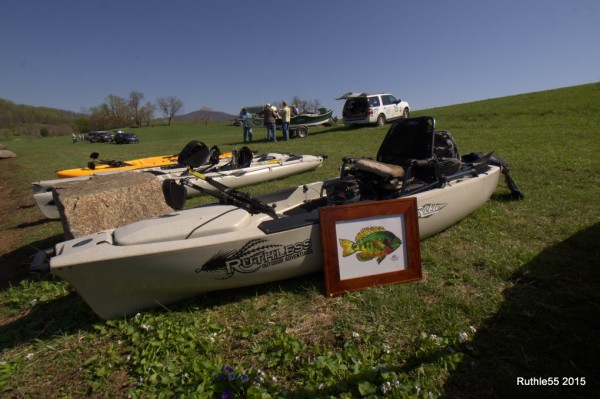 The main event is on Sunday, but on Saturday we all go down to the Rose River Farm ponds and have fun waving sticks as Bass, and Bluegill. The Bluegill tourney is a fun and less formal event, so I get a chance to chat with the Heroes. I also bring kayaks for those who want try them out. William Heresniak from Eastern Trophies Fly Fishing offered his services and also put his drift boat on the pond. 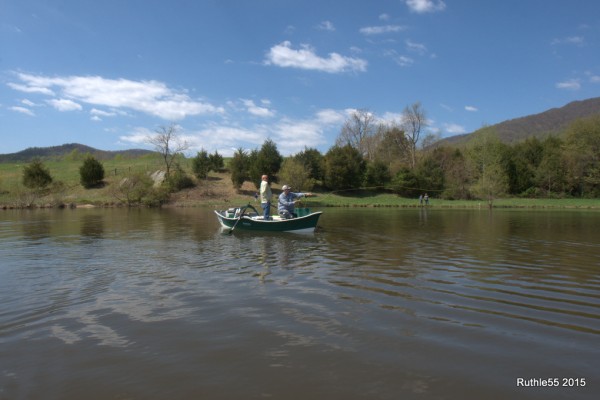 One of the participants, Brian C. was fishing a dock near to my truck and asked me what fly should he choose? I dug through my bag and handed him a junebug green wooly-bugger. He walked over to the dam and continued fishing. In the meanwhile I was approached by Mark D. who wanted to try out the Hobie Pro Angler 12, we set him up and off he went.

Out of nowhere I heard someone yell “Big Fish On!” and I rushed over to check out what was happening. One of the volunteers was measuring a huge bluegill next to a vet with an even bigger smile! 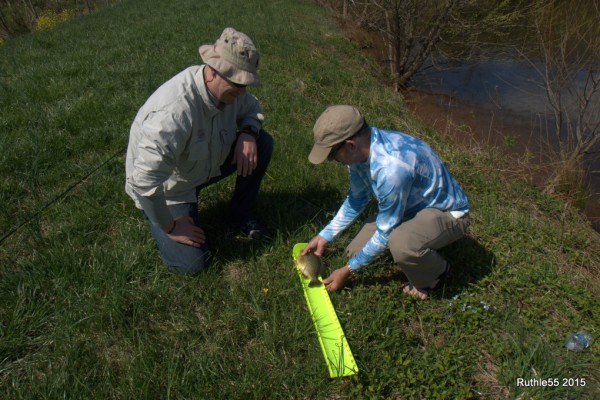 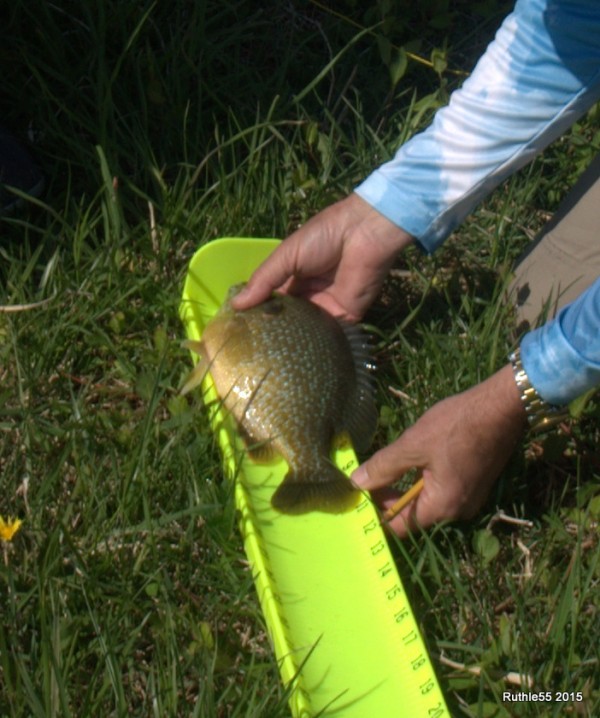 The bluegill hybrid was a whopping 11-inches, which is considered a Trophy fish in Virginia, we got a few pics and then let the fish go. It took a minute to realize that this was Brian C, the fellow I gave the fly to…good karma. 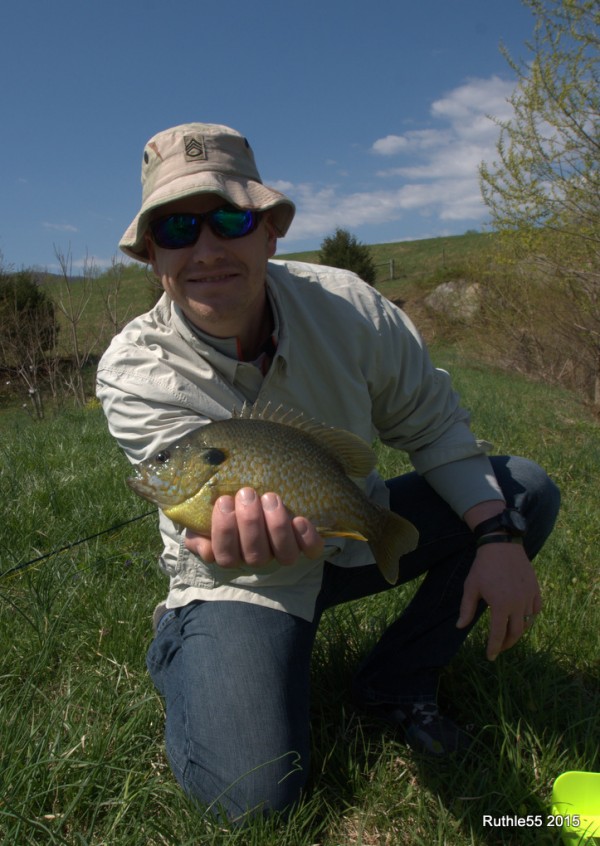 One angler, Brian G. was catching fish about every cast, he would yell and carry on in a way that would make Roland Martin proud. Its obvious that he was enjoying his time on the pond. His enthusiasm was very contagious so it made finding out who was catching fish easy for our volunteers. I’m not so sure they ran over just to measure the fish, maybe it to be a part of the celebration each one brought on. Like I said its contagious.  Chris Thompson who is both a participant, and a volunteer said “There is no mistaking the positive, life changing influence that Project Healing Waters Fly Fishing, Inc. has on its Participants and its Volunteers. The focus is, and should always be, on the Veterans. However, I do believe it’s important to recognize the therapy the program provides to the Volunteers. Everybody has baggage: emotional or physical, and healing waters don’t discriminate. Those smiles, and the service to our Veterans, are some damned fine medicine. Thank you Cory Routh, and any other Volunteer that reads this. Make no mistake, there would be no program without either the Participants or the Volunteers. You’ll never accept it, but the Veterans are just as grateful for what you do for them, as you are for being able to do it. And that is what makes PHWFF such a great organization and an effective team.” 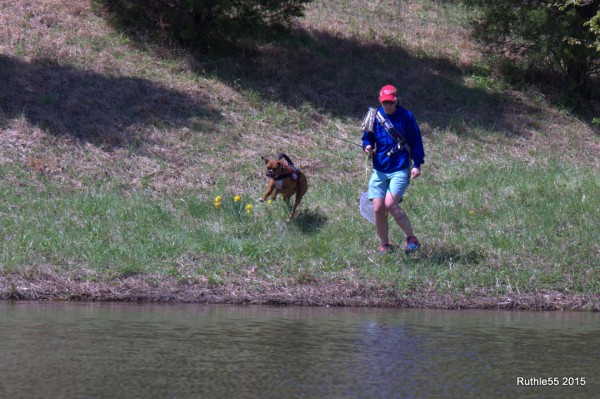 Not many folks took advantage of the kayaks but those that did had a great time. My wife Kelly (who did half of the work) was my safety boater. She convinced Kim and Jen , both Marines, to try out the Hobies with their dogs. They did and both them and the dogs had a great time. 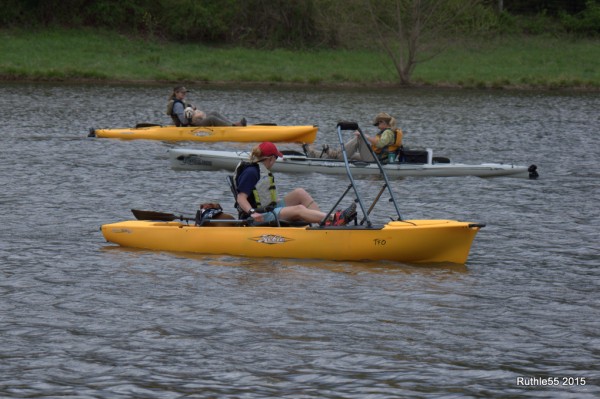 Time flew by and it was time to call everyone in for the awards ceremony. We awarded prizes for Biggest Bluegill, Bass, Trout, and Enthusiasm. Biggest enthusiasm went to Brian G. who was the most animate fly angler I’ve ever seen, every fish made him happy. Biggest trout (11.5″) and Bass (16.5″) were caught by Kyle P. Biggest Bluegill was caught by Brian C. which at 11″ also awarded him a Virgina Trophy Fish award. 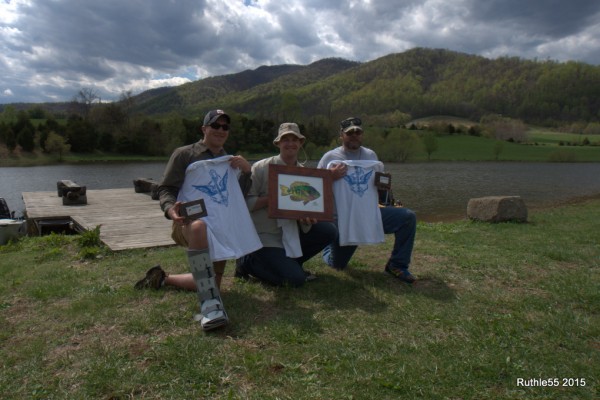 In all a good time was had and I would like to thank everyone involved and especially Project Healing Waters and Rose River Farm. Now if you get the opportunity to help out with Project Healing Waters, Heroes on the Water, or any other organization serving veterans. Please do not hesitate, it does make a difference. 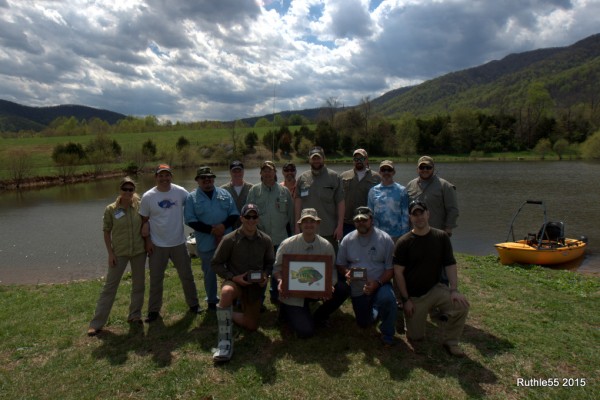