Catalina rises from the ocean floor roughly 18 miles from the port of Los Angeles. In order to get there you must cross the San Pedro channel and the wakes of massive container ships entering one of the busiest shipping terminals in the world. Everything from oil to cars, televisions, sneakers and stuffed animals coming from Asia to begin their journey into Wal-marts across the country pass through here.

There had been a few reports of dorado and yellowtail on the kelp paddies in the channel so a buddy and I decided to get an early start and see if we could locate any. At the very least, we figured we could hit the island up for some calico bass and whatever else felt like making an appearance. The trip over while surprisingly smooth failed to turn up any paddies or signs of fish. Once we made it to the island the calicos proved that at least they were down to play. 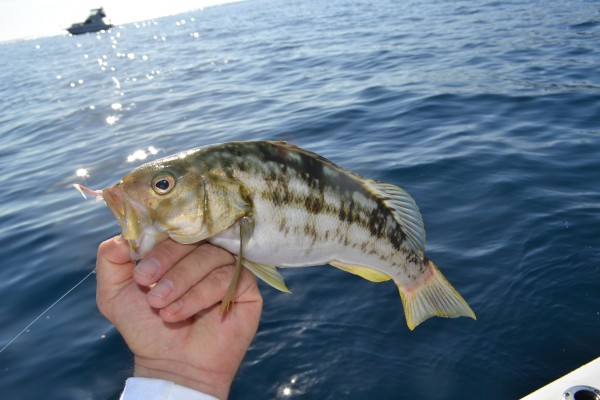 Seals are the bane of the fishermans existence here in Cali. and we managed to attract some attention with the fish we were catching. The part about them that bothers me the most is that just when you think you’ve made a clean release the dogs dart out from below the boat and attack the fish before it gets it’s bearings back. 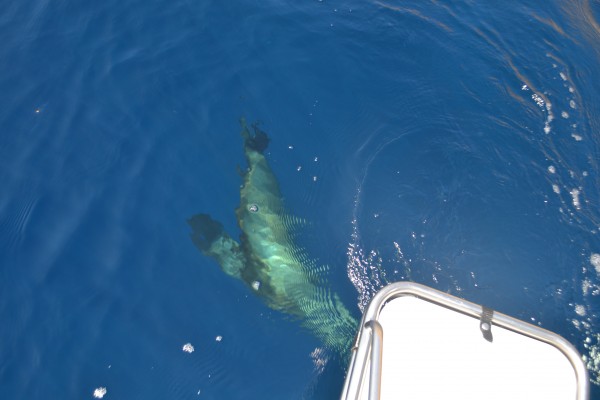 I see you under there!

To me that seems unfair but I suppose it’s just another part of the cycle. We unfortunately made a couple of contributions to the “Feed The Hungry Seals” program but I stopped before pledging $0.25 a day. 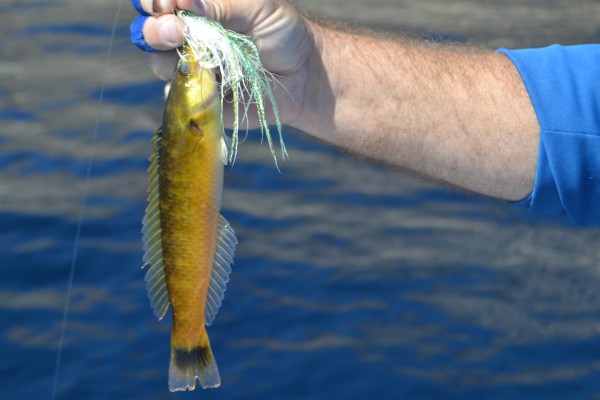 The return from any fishing trip is always the worst for me. I never want to stop and I always start thinking about having to head back to responsibilities way too soon. This crossing however, provided some relief in the form of huge schools of porpoise feeding and playing in the open ocean 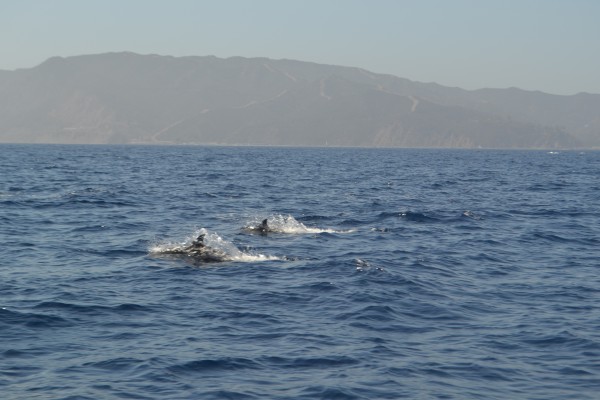 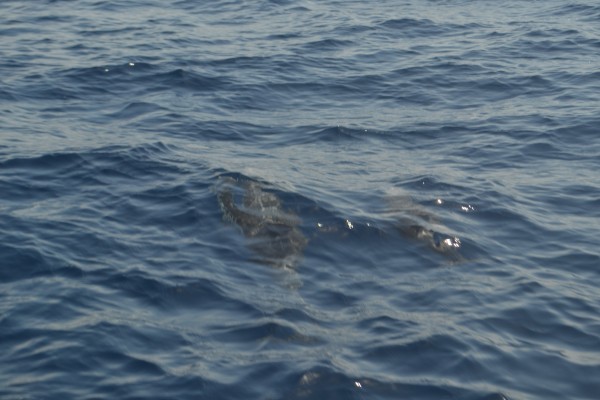 I think I can live with that…..