It was an overcast, cold 6AM when my friend Calvin Neff ,from Arkansas, and I woke up. We got to the Pelican Cove in Islamorada the night before. We hurried to get in our UV protection clothing and jumped into the car. We continued the morning ritual and headed to Trader Joe’s to get some subs and Gatorade. When we got to the Lorelei Marina, we met up with our guide Paul Tejera, hopped onto his Mirage HPX, and headed out to the flats. When we got there, I quickly rigged up my TFO BVK and Nautilus FWX 8wt with some type of yellow and white streamer, while Calvin rigged up one of Paul’s Backbone jigs. We started poling around the flats while seeing tailers left and right. But of course, since I hadn’t fished for a good 3 months before that, I spooked and missed countless reds. However, after a good 8 missed shots between the two of us, I hooked up and landed this nice Redfish  (back when I still had my lucsious golden locks.) 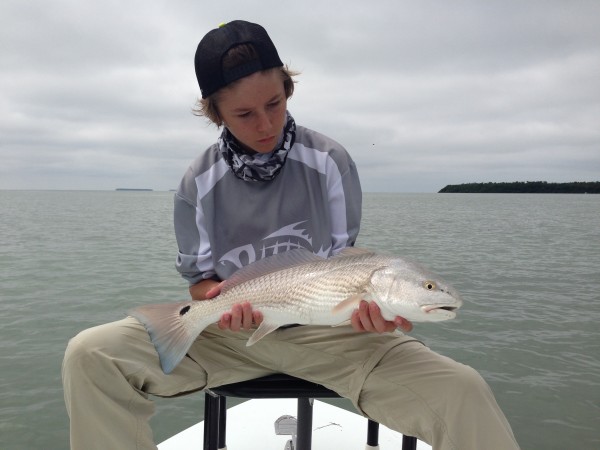 Quickly after that, Calvin hooked on a sweet red that he sight casted for 50yrds. It had a few good runs then decided to come to the boat.

Later, I took the casting platform and Calvin backed me up on the deck. After a while, I noticed it was extremely hard to see the fish and realized I had forgotten something any fisherman should remember – my polarized Kaenon sunglasses! After I got done sorrowing, I decided to suck it up and catch some fish. Soon after, I saw three laid up reds 50ft from me. I took a cast and strip, strip, BOOM fish on! It was a super fun fight on my flimsy 8wt with 10lb test line, but I managed to land this dope looking red. 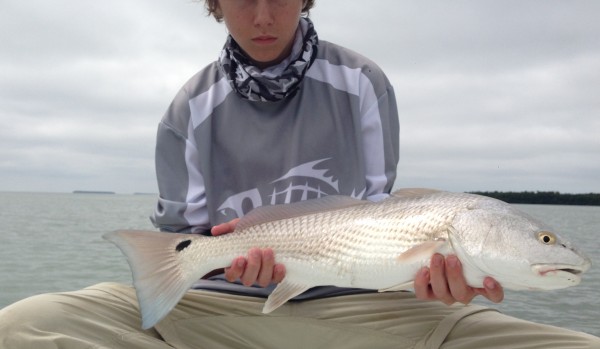 After de-hooking him, and snapping a few quick photos I released him back into his Turtle grass buffet 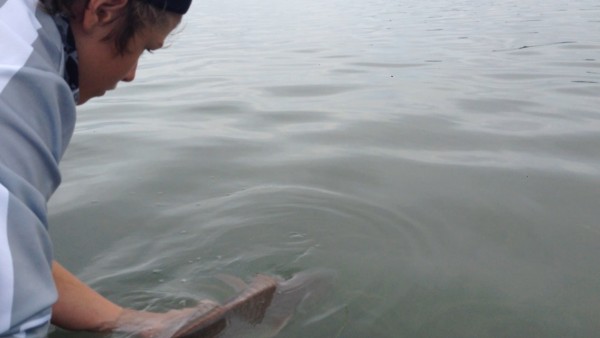 We soon sat down to eat some cold moist sandwiches (that tasted like Filet Mignon) and warm Gatorade. After some laughs and stories we decided to get back to business. Calvin took the helm, and after poling around Calvin spotted a few reds and took a quick cast with his Penn spinning rod, landing this sweet red. 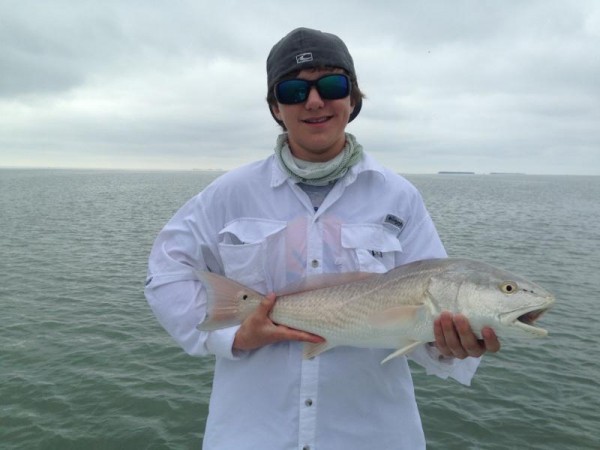 Soon after I picked up the fly stick, and after a short drizzle of rain, I saw a fish at 3 o’clock and made a cast right on top of him, expecting to see a swirl of water which usally symbols a spooked fish.  However, this time I felt my Rio fly line come tight. This fish was small but, as always, fun especially in deeper water which made his fight better. 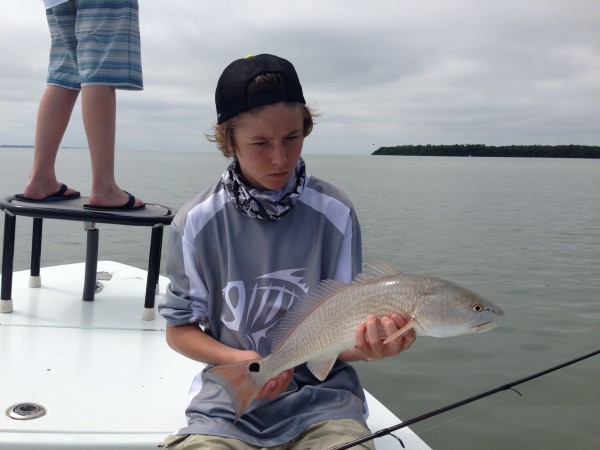 I decided I wanted a break, and wanted to watch Calvin. After a while, we started to see the sun pop out of the dark abyss of clouds. Calvin took a few casts at fish, missed a few, and after a few joking words he landed this fish 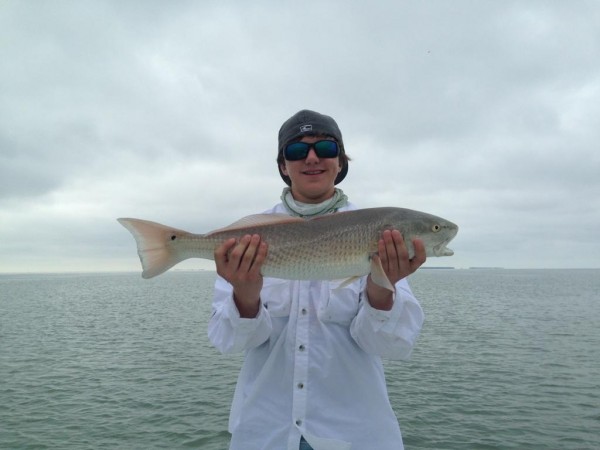 After, we decided to head out, but since the tide was getting lower by the hour we had to pole out of the flats. Then, with a stroke of luck in the last 100 feet to the channel we saw a nice push of 6-7 Redfish I took a shot, and only missed by a mile. Calvin made a cast right on them, and then SPLASH fish on! After a super long fight, he landed his best fish all day.

Overall, it was a sick day, especially since I had not been on the water for a good 3-4 months.  Soon after, we took the 45 minute ride back to the marina, and got in the car for the 1 hour drive back to Miami. I look forward to next time – maybe sometime this summer if I’m lucky.