On Saturday morning I decided to wake up super early to drive down to the Keys. I was not expecting much after all the boat traffic from mini-season but the weather was going to be stellar! I hauled ass and got to the area I wanted to fish….when I’m about 500yds away coming off plane all I see is spikes….it has to be 20 of them at least. I got all my stuff together and approached with super stealth caution…it was slicked out and I was sure the 20 floating permit would blow out before I could get in range for a shot. As I approached all I could see was heads bobbing out of the water…mostly foreheads but sometimes you could see their eyeballs….it was awesome! They were clearly sipping/eating something that was coming in with the tide. I started to take shots from about 80ft…then 70ft…they never blew out….I worked them over for 15 minutes without one reaction to my fly. I had spent 45 minutes tying that Merkin the night before…I was not about to change it. I decided to get the camera out and take some pictures….that lasted all of about 3 minutes and I had to get the rod back out. I fired a few shots out and still no reaction…20 freaking permit and I had not even gotten a look. I took a long cast and I see a nice one heading in the direction of my fly….I decided to just strip it like a mad man and try to fire them up like jacks…it worked!!!! The big fish was head waking after the fly for 25ft…I was stripping the fly so hard…I stopped the fly dead in its tracks and let it fall….he smashed it! It was an epic battle including 2 failed tail grabs but I finally got my first permit in the boat! 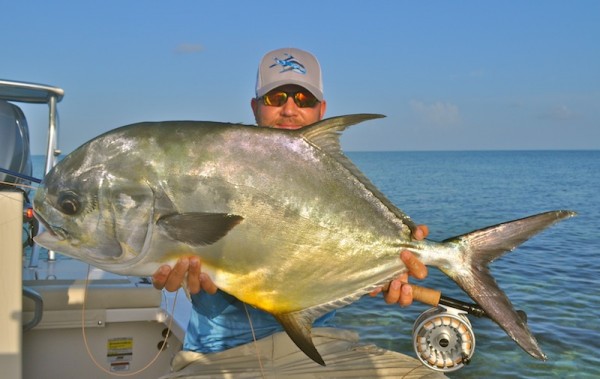 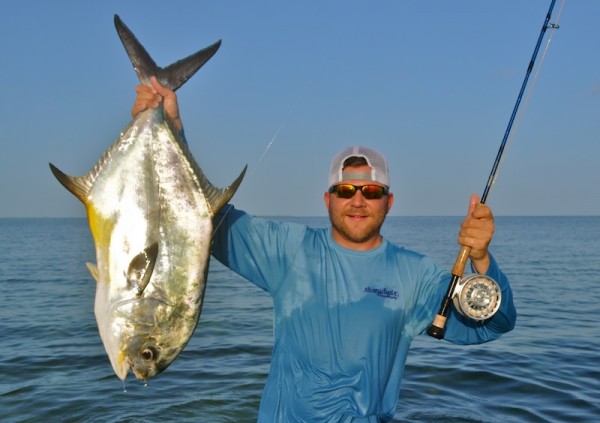