Exploring of the Lagoons Continues…I was invited by Eric Estrada to join him in his Ankona Copperhead for the Ankona Owners’ Weekend in the Mosquito Lagoon. We had a Great time these last couple of days, Met alot of cool people. Exploring the Lagoons was an Awesome feeling, checking out new places we have never fished before. We spent the Mornings looking for fish coming back at lunch time then heading out for the afternoon bite, that was pretty much the pattern we did the days we were up there. We manage couple of reds and some Juvenile Tarpons in the mornings and late afternoons we did spend some time searching for the big boys. But alot of the time the Big Reds Would show up right in front of the boat and we couldnt even get a cast because they were so close to the boat. On saturday all the Ankona Owners Metup for Lunch at a place called Dogs r Us in Titusville were we shared fishing stories, talked about each others’ Boats and had a Beer or Two. Ealier that day we had Warren Join us on the Copperhead to see if we could get him on his First ever Redfish on Fly. Warren has only Fly Fished for about 2 weeks now and Caught his redfish with only a couple of casts Eric got him on the Fish first thing in the day. On the last day we had some big reds show up. Eric saw a school miles away thats where I was able to catch my Biggest Red on Fly. I put the Bvk to work as this Redfish gave me a couple of Nice Runs. It was an awesome weekend I can’t wait to do it again. Enjoy the Report and Pics. 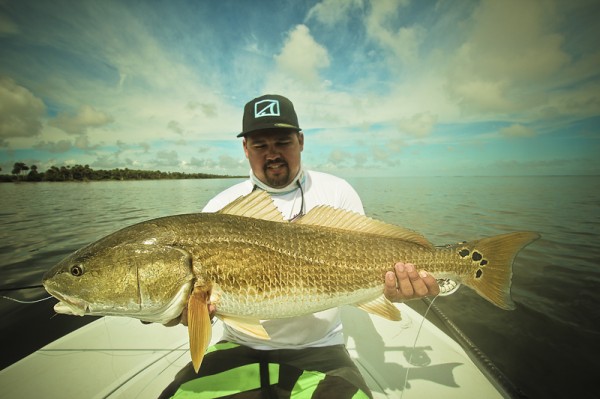 My Biggest Red on Fly 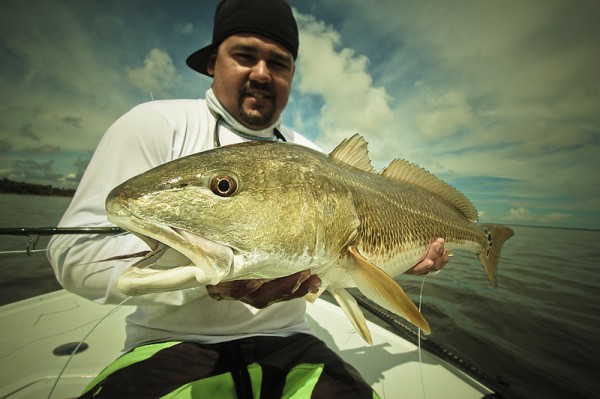 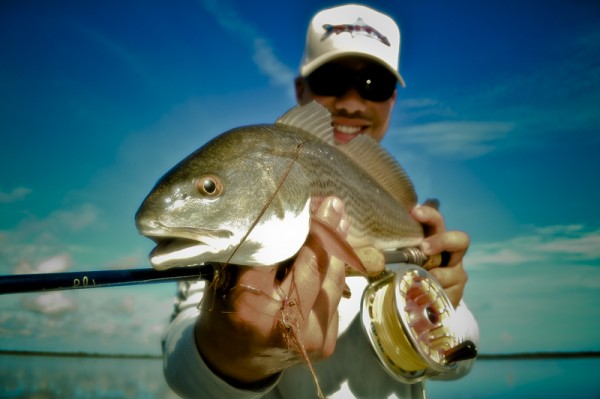 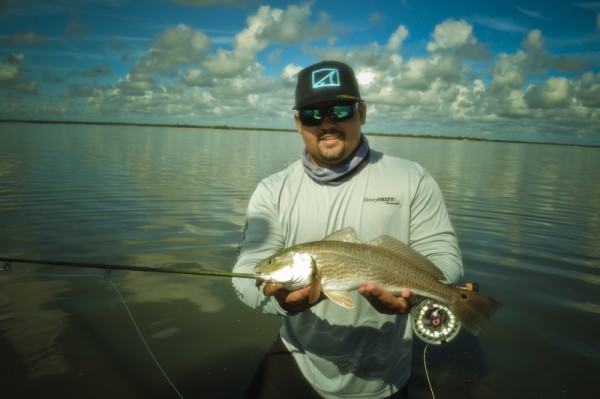 I remember when they had their first Beer. Warren and Ryan 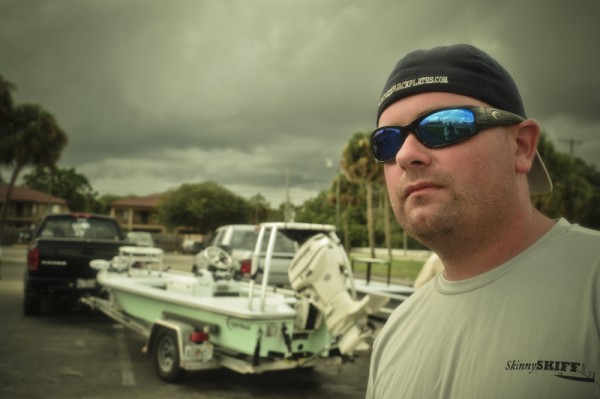 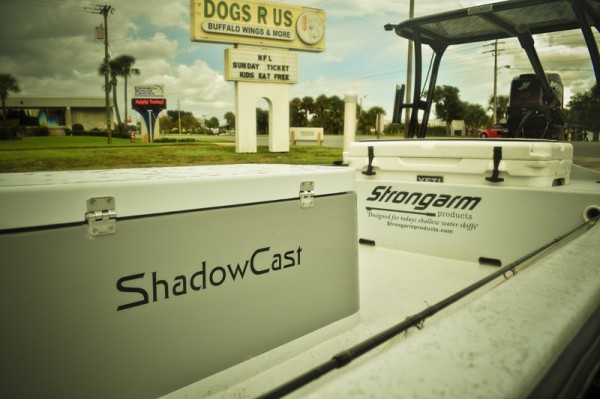 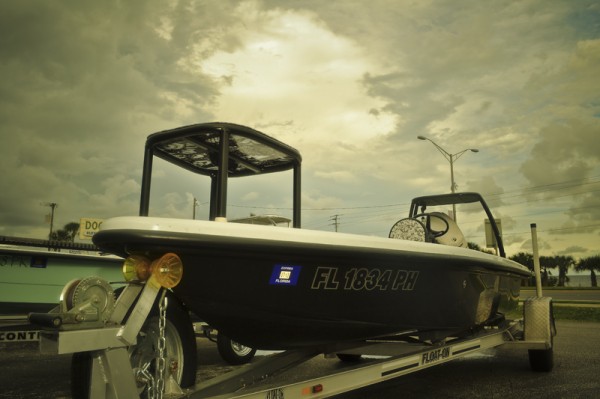 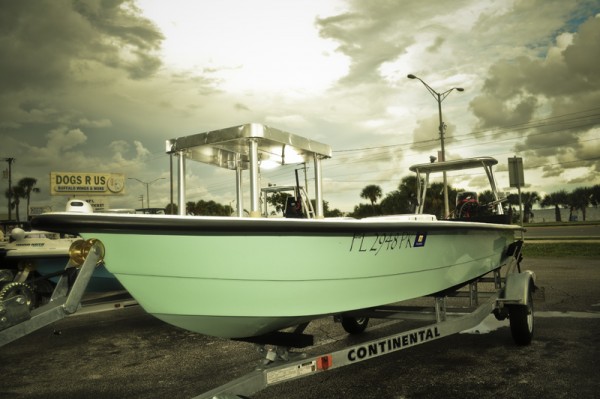 Enjoying the Scenery of the Lagoons 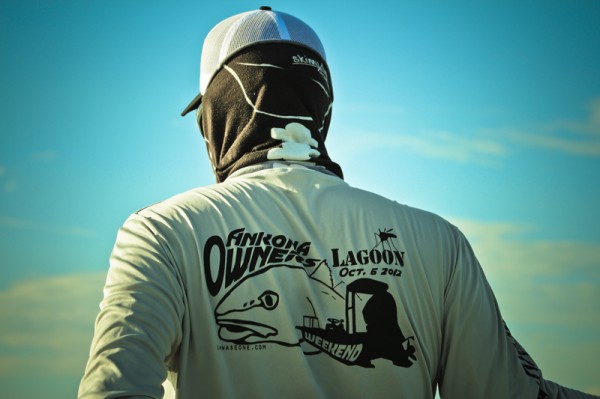 Cool Idea i had to go Wading 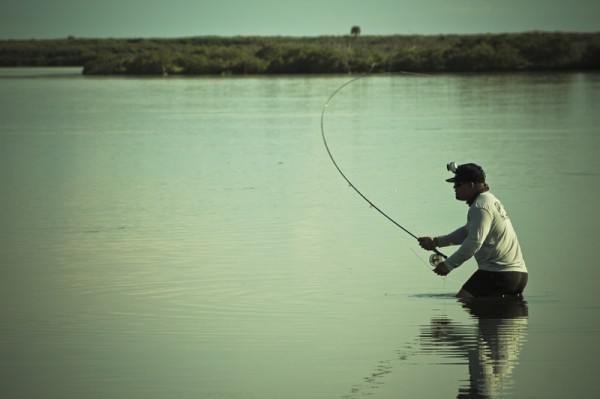 What are u Looking at? 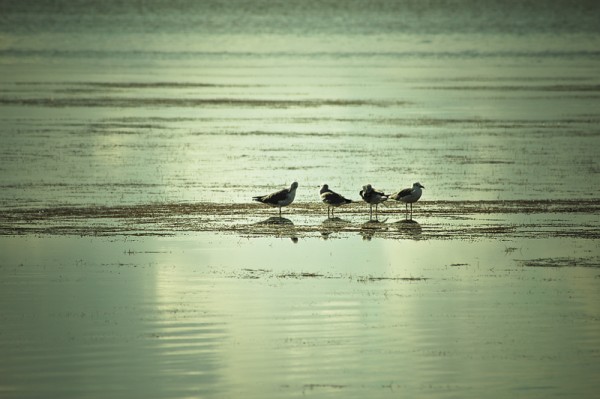 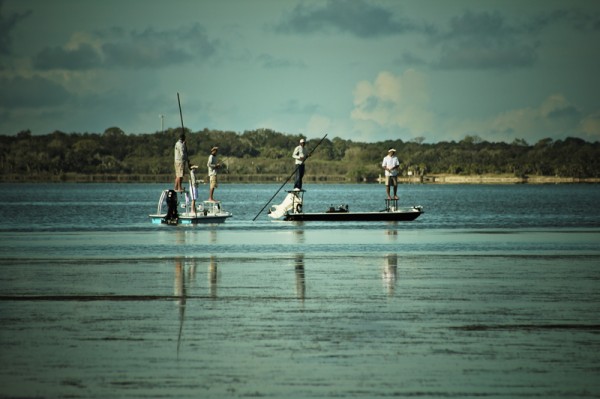