I love fishing new water. I make a point to fish new areas as often as possible. Fishing the same worn-out spots becomes monotonous to me; that’s why I rarely fish an area more than a few times a year.

Ever since I bought my first kayak I’ve had this incessant thirst to find new water. It brings a smile to my face every time I’m tucked away in a new marsh and my only company is hordes of ravenous redfish unaware of my presence. Sometimes I toss a lure into the fray. Other times I sit back and enjoy the spectacle.

I spent a couple of weekends ago west of my normal fishing haunts. Me and a group of friends stayed at a ramshackle, two-room house. It was a far cry from a five-star accommodation, but I’m not a fan of fancy anyways. It had the necessities, fridge for the beer, running water and a window air conditioning unit. It seems weird to consider air conditioning a necessity in mid-December, but it sure made sleeping pleasant.

As with any trip with this group of guys our itinerary for the weekend consisted of a main course of BSing with a side dish of fishing. This rambunctious group knows how to have fun, first and foremost. There’s rarely a dull moment hanging out with these guys. Regardless of how good or bad the fishing was I knew I was in for a good time.

Day 1:
We split up into three different groups to cover water and see if we could put a pattern together. Three guys went north. I went east. The other two guys went south.

My day started slow. Besides a few shore birds meandering around the area seemed lifeless. It didn’t take me long to make a move to another locale. The next spot looked promising. I saw signs of bait and heard the occasional crash in the distance. I saw a fish. And then another. I failed to get a good shot.

As I kept moving deeper into the marsh the fish kept showing themselves, but only for a split second. I slowed my approach and it paid off. I caught several redfish keying in on wakes, crashes or tails.

I saw lots of bait as I pushed further. The sight of several freshly hatched shrimp jumping for their lives brought a smile to my face. I knew culprit. My quarry couldn’t be very far behind. Sure enough pods of fish pushing shrimp started to show themselves.

It didn’t take long for me to catch and release a handful of willing reds. After I covered every inch of water in the area and decided to meet back up with the other guys.

I first caught sight of the three guys who went north. When I asked them how they did they cursed my name for sending them on a wild goose chase. Spotty cell phone service combined with vague directions and no knowledge of the area persuaded them to drag their kayaks a few hundred yards to and from the spot I sent them to.

They burned a substantial amount of calories and managed to catch a couple of fish for the efforts. I couldn’t see how they could complain. It’s not like any of them didn’t need the exercise. I kept those thoughts to myself as to not make the situation any worse, especially after how I told them how my day went.

We met up with the other two guys and one of them had clean up on some speckled trout throwing TTF Flats Minnow, along with a few other plastics, under a popping cork. The other guy had used much of the morning to catch up on lost rest from the late night before. After a long mid-bay kayak nap he woke up and caught a few small reds. We ate a bay front lunch on a local reef and then fished for a couple more hours. The bite had slowed so we called it a day. 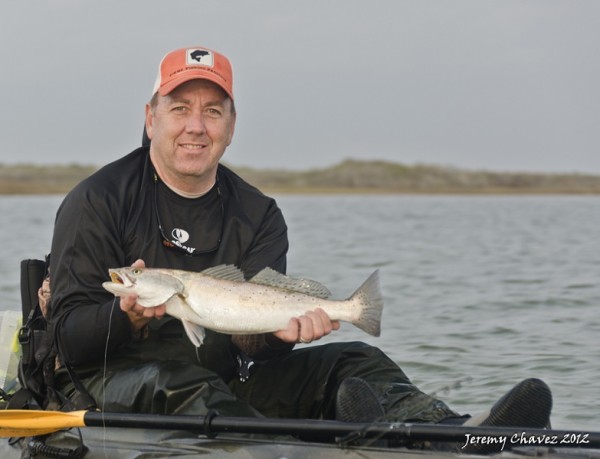 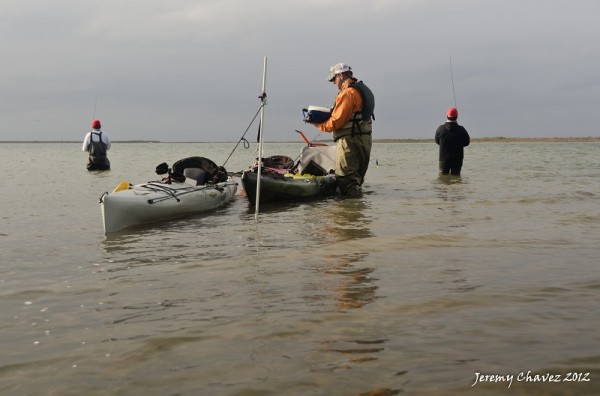 Day 2:
I met up a friend even further west to fish off of his newly acquired skiff. He had no knowledge of the area so he left the location up to me. The plan was to scoop out an area I had been eying on the map for some time. I had a few backup areas nearby in case Plan A failed.

We picked off several redfish, including a fish that was pushing 30″, in a drain early in the morning. The prospects of this shot in the dark looking promising. As we entered our intended destination the conditions were perfect for sight fishing other than the heavy cloud cover. We spotted a few tails, which made me feel better about my decision to fish the area. I didn’t want to lead anyone else astray after the disaster from the day before.

But as inviting as the sight of a few tailing fish seemed early my relief didn’t last long. Other than the fish we caught early on the fish seemed to allude us much of the morning. I switch tactic and started throwing a surface plug to cover water quickly and convince myself that there was fish in area.

Topwaters are one of my confidence baits. I’ve been called a topwater junkie with good rationale because you’ll rarely find me without one tied to the end of my rod. I love the takes, but the violent eats are only a part of the reason why I throw tops. They allow me to cover water quickly and effectively. An active redfish in shallow water will rarely turn down a topwater plug twitched rhythmically over its head.

Thanks to the fish decided my skitterwalk looked like tasty meal. That fish kept our attention span at just the right time to convince us to keep pressing forward. Good thing we did. We caught and released redfish up to 16lbs the remainder of the day. Most of fish were caught sight casting throwing paddle tails. 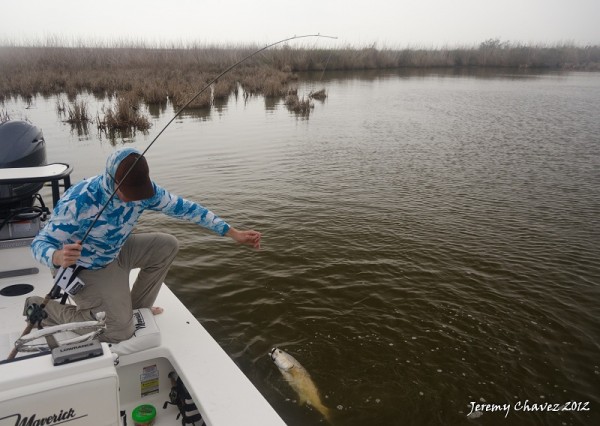 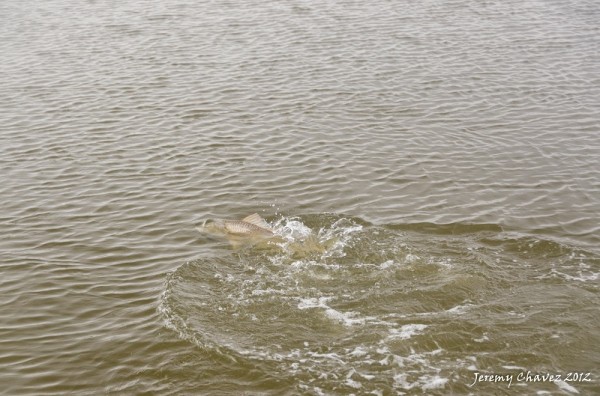 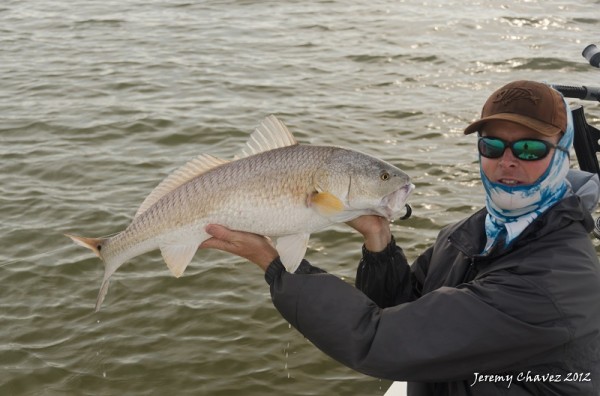 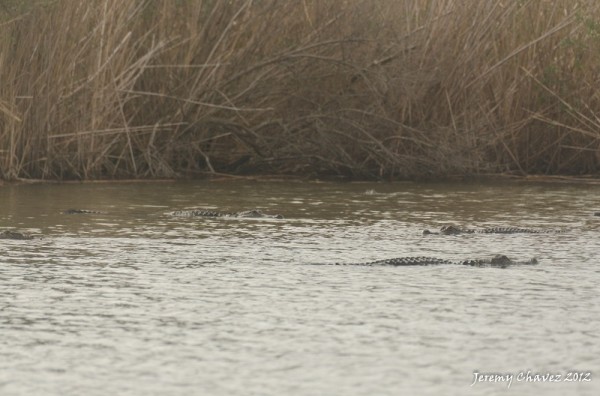 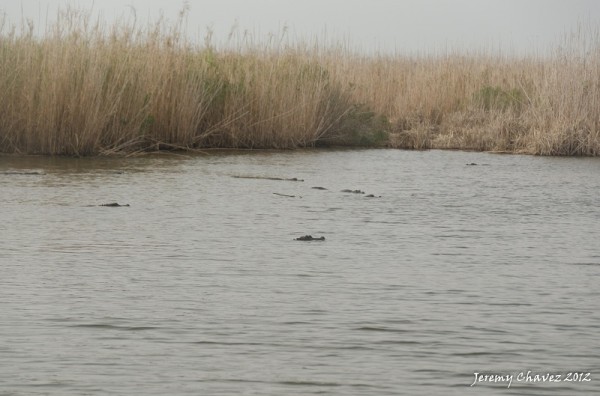 I met back up with the other guys that afternoon and they had a banner day on the water. Three of them caught over limits of trout on topwaters and popping corks, including several fish in the 4-5lb range and one fish that taped at 28″. The other two guys went where I fished the day before. They caught a handful of redfish between the two of them. 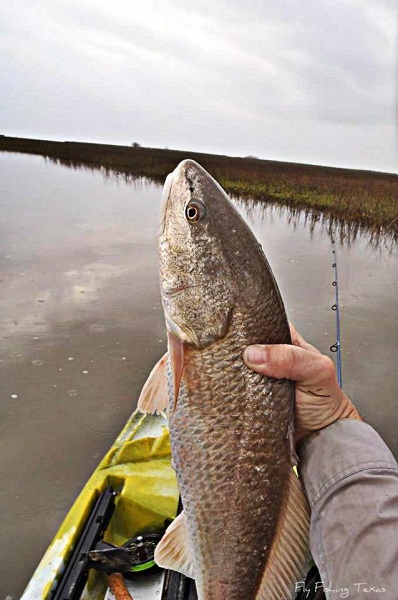 We finished the day with a few cold drink and grilled burgers before making the trek back home. Another good weekend fishing with friends in the books.