This past Saturday I was lucky enough with the chance to be able to fish with Brown Hobson. He is an Orvis Endorsed guide in Asheville, North Carolina, and is also a member of the USA Fly Fishing team. He is definitely the most skilled angler I have ever met. Since I am trying to make my way onto the youth team this spring, there were some very important things that I needed to learn. This included a completely different style of nymphing than what I had ever fished. 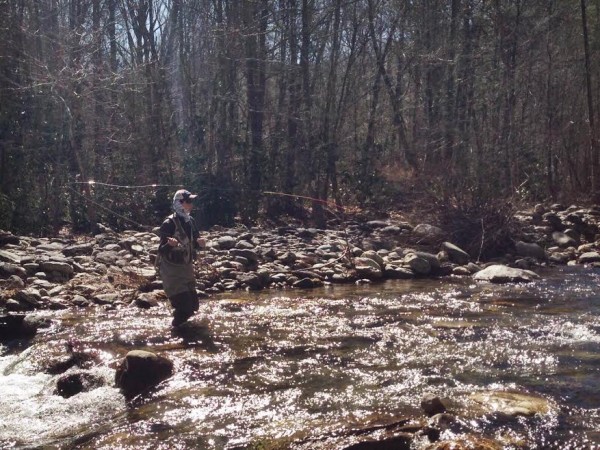 I was up early Saturday morning, and I met Brown at the Orvis store in Asheville. We talked for a few minutes, then loaded up the car and took off. We rode out about 40 minutes to the West Fork of the Pigeon River, close to a little town known as Canton. We shared fishing experiences and he informed me about competitive fly fishing and European Nymphing on the way out there. We eventually pulled off into a small gravel parking lot adjacent to the river and suited up.

He started me out with the basics of the nymphing technique, and I quickly caught on. Our first stop in the river was a small pool, which yielded no fish. We pushed upriver about 150 yards to a long skinny run. On the way up to it, we noticed pods of 12-20 fish podded up, and holding in pocket water. We begin to fish through the tail out of the run and Brown spots a tank rainbow. I wade out to about 20 feet from the fish, and within 10 casts the fish was hooked up and in the net. It was quite a fight on 6 1/2 X tippet, but his 10′ 3 weight Helios 2 that I was using handled this fish quite easily while still protecting the light tippet. The fish ended up being 20″ long, and took a size 14 brown stonefly pattern of some sort. 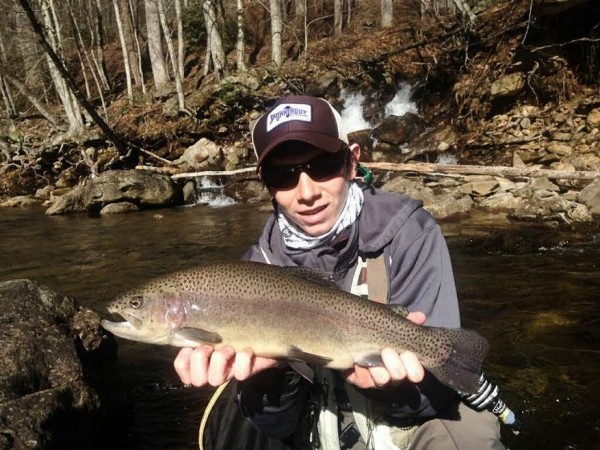 After fishing through the rest of this run with little luck, we decided to move back down to the pocket water where we had spotted fish earlier. This is where we got into large numbers of fish. All of the fish caught were hanging in the slack water just on the inside of larger rocks. This kind of water is where European nymphing styles excel compared to other techniques.

Brown and I caught fish on a variety of different flies. Size 14-16 Surveyors and Pheasant Tails, Large eggs, San Juan worms of course, Dry-Dropper rigs, and other Pheasant Tail/Frenchie style nymphs. Brown ties all of his nymphs on barbless jig hooks because they ride hook up in the water, and tournament regulations only allow barbless flies. You will notice that I will start to tie these same style flies also.

Around 1:00 Brown and I parted ways because he had some errands to run that afternoon. I continued to fish, and catch fish. I managed around 30 fish in the morning and around another 30 that afternoon. Below are some photos from the trip! 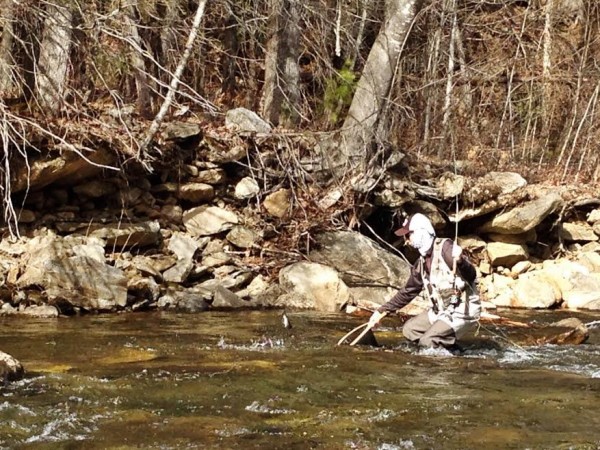 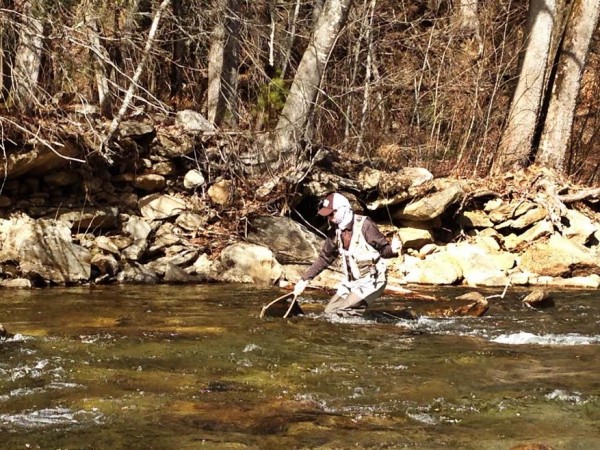 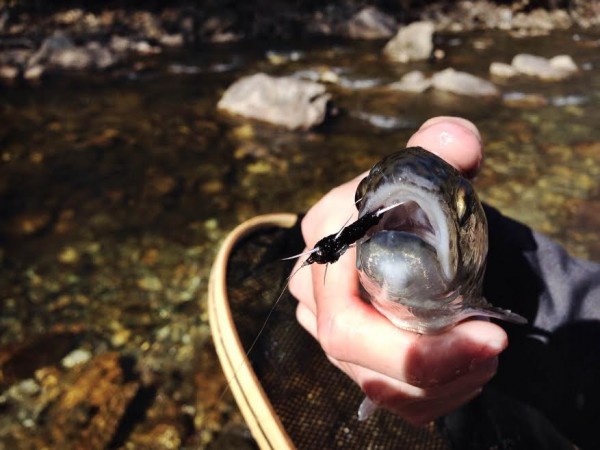 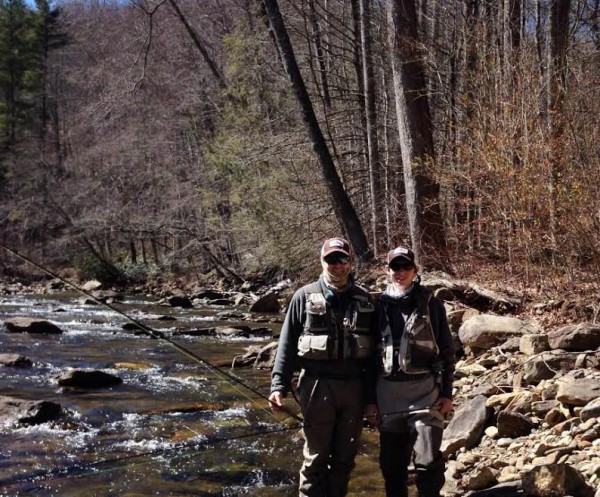 Big thanks to Brown Hobson for making this happen!