Don’t go in the water! 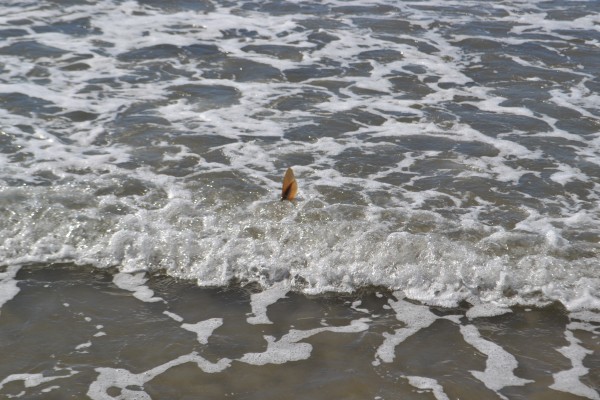 A last minute cancellation by a friend left me with no real plan. Originally we were going to hit the beach at the end of the LAX runway but now I was free to change that if I wanted to.I’m really bad about being indecisive when I have too many options, so even I wasn’t sure where I was going until the car went north on the  I-5 as opposed to south. I got to my destination right as the attendant opened up the toll booth, the state of California feels the need to charge for everything, even if they already collect taxes for it.  This time of year the sun doesn’t come up until well after the beach opens at 6 AM and truthfully, I was happy to have the extra time to drink my coffee and get my gear together in the early morning chill. With a little Slightly Stoopid playing just loud enough to annoy the joggers looking for peace and quiet before dawn, I strung up my 8wt with an intermediate line and a mongo sized clouser. 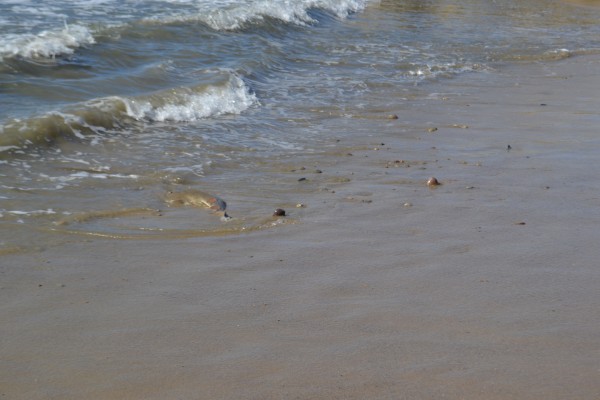 this one is a little too shallow

I hadn’t been to this beach in a while, probably the reason that the car had headed this way. I started fly fishing the beaches out here at this one and for that reason and the fact that there are almost always fish to be had it’s still my favorite. It’s also a beach that tends to concentrate a lot of Leopard sharks, which as long as I can see them are one of my favorite fish on the beach. We don’t get a ton of sight casting opportunities out here so any chance I get to do it makes me pretty happy. When I get to sight cast to over four feet of solid muscle it makes me really happy!

The shovelnose were really thick and that can be both a blessing and a curse. A blessing because they also like the shallows and give me yet another target and a curse because if you blind cast while they’re thick you can’t help but snagging one sometimes. I’d managed to fair one and foul a couple more when I saw the tell tale motion and distinctive spots of a Leo. This one looked like a bit much for me with the 8wt but I have a sickness that requires me to cast to a fish with whatever I happen to be throwing at the time…even if I know it means I’m getting my butt kicked by it.

Naturally, this meant that the fish took.  I think they know when they have the advantage and want to exploit it.  To make matters worse, when I set the hook the fish took zero notice. There is definitely something intimidating about a fish that seems to look at you and laugh when you’re the one that’s supposed to have assumed the role of predator.  When the fish finally did decide that an evil look wasn’t going to make me go away she headed out to sea and a hundred yards of backing later I finally put the brakes on her. 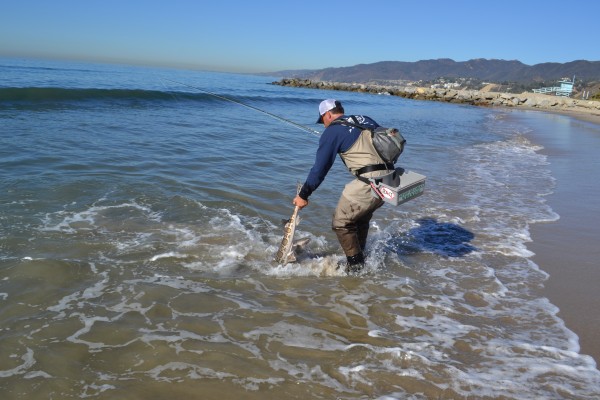 Get ahold of that tail and hang on!

Anyone that’s fly fished for sharks knows that half the game is mental; it’s your job to try and break that fish’s will before they get the chance to break yours! Do it right, and you can get the fish in fairly quickly, do it wrong and you can be in for a brutal tug of war. I managed to do it right this time and about a half hour later I was tailing the fish while trying to avoid a bite from her small but still sharp teeth. I’d slipped up last year and the right leg of those waders now fill up with water despite several repair attempts. I’m hoping that this is the start of a long, productive winter on the beaches for me. 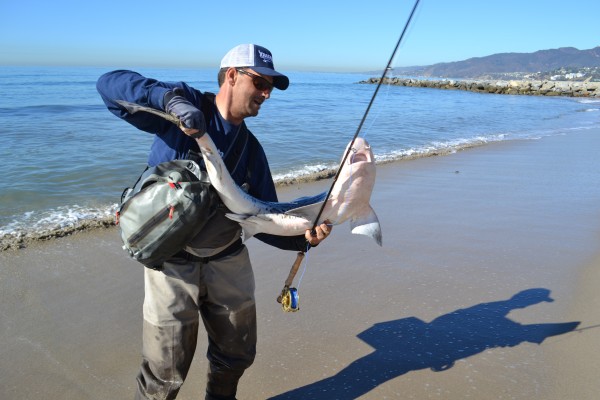 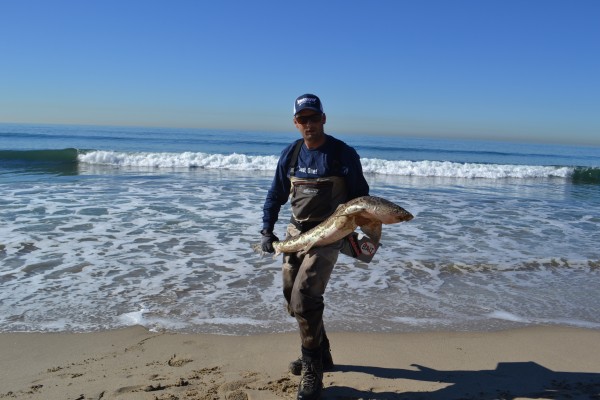 I’m so badass I wrestle sharks… 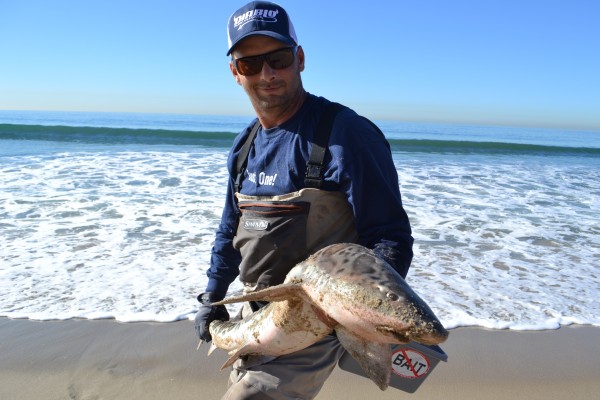